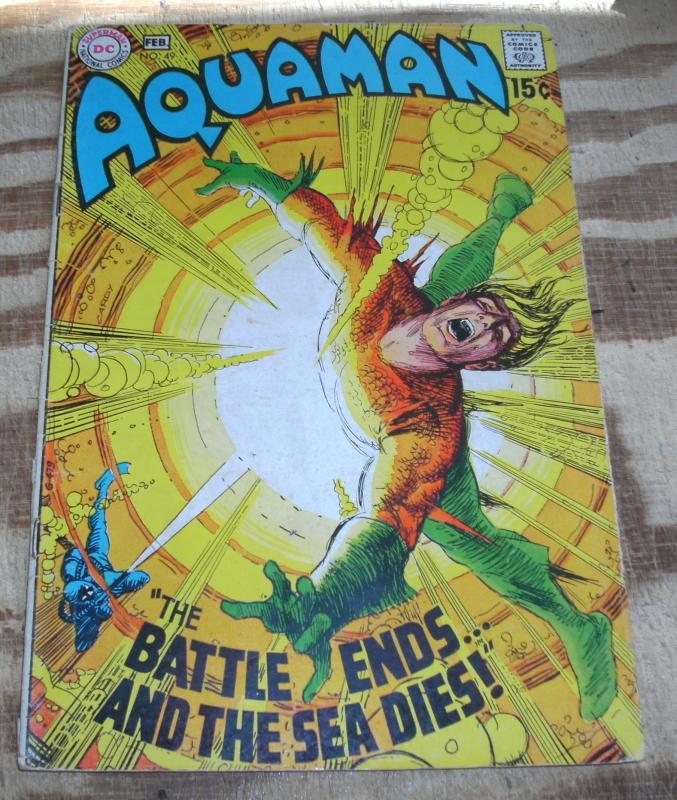 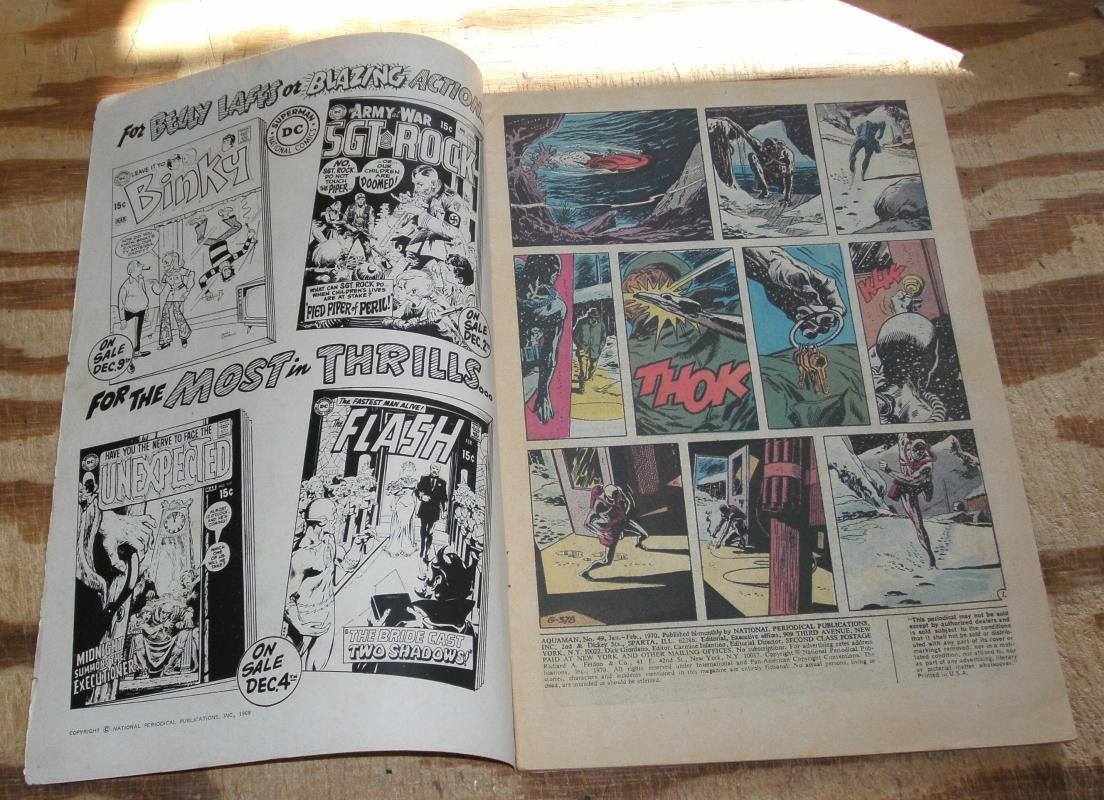 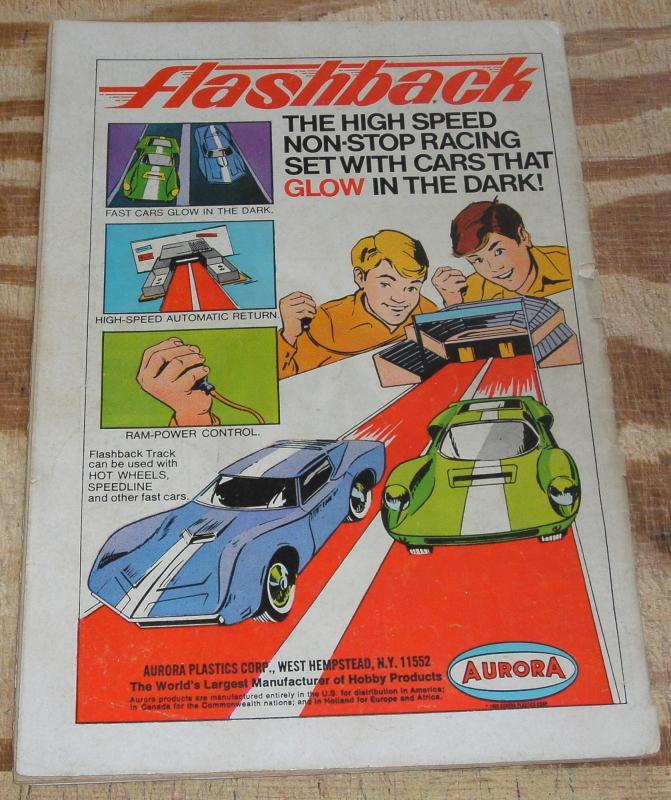 As The SEAS DIE!

A masked saboteur has been blowing up sections of factories whose wastes have been polluting the sea and killing oceanic life. After Aquaman and Aqualad get a summons from their old friend Prof. Dan Davidson, an oceanographer, they have to battle a mass of chemically-maddened fish. Then they run into Aquaman’s new friend Phil Darson, who tells them of the occurrences and the pollution menace. Davidson asks Aquaman and Aqualad to investigate the factory sites of Miles Leland, whose plants have been targeted by the mysterious saboteur. The culprit proves to be Phil Darson himself, who dies shortly after killing Leland in a fight. With his dying breath, Darson explains to Aquaman that he committed his crimes to save the seas from being polluted by Leland. Meanwhile, in Atlantis, Ocean Master appears to Mera and demands to speak to Aquaman.