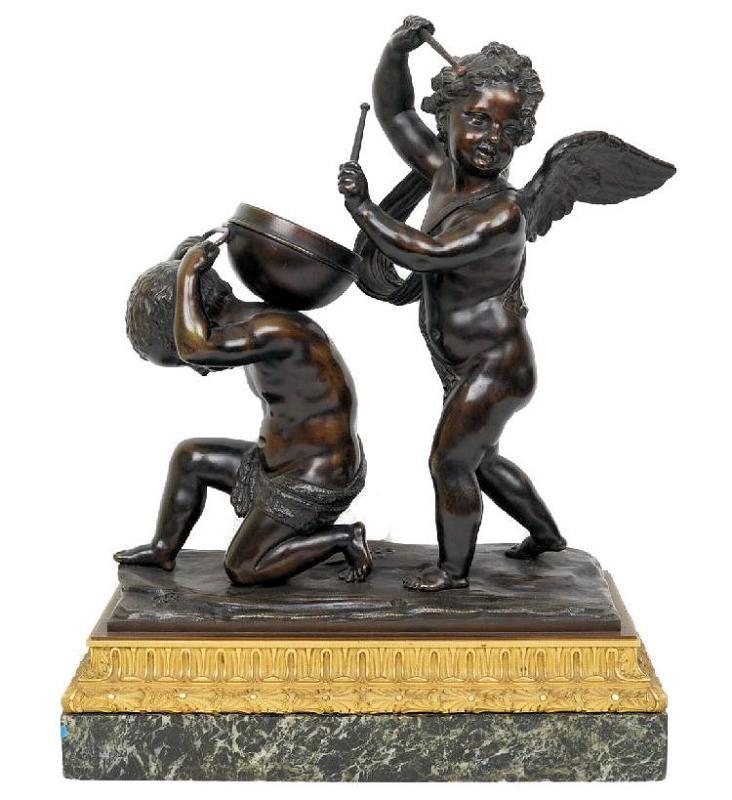 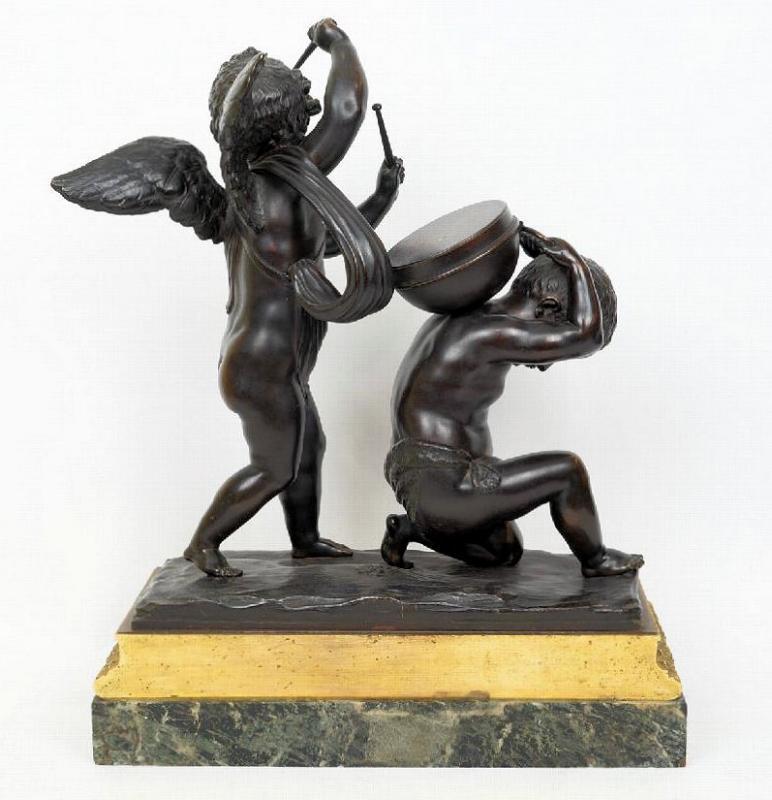 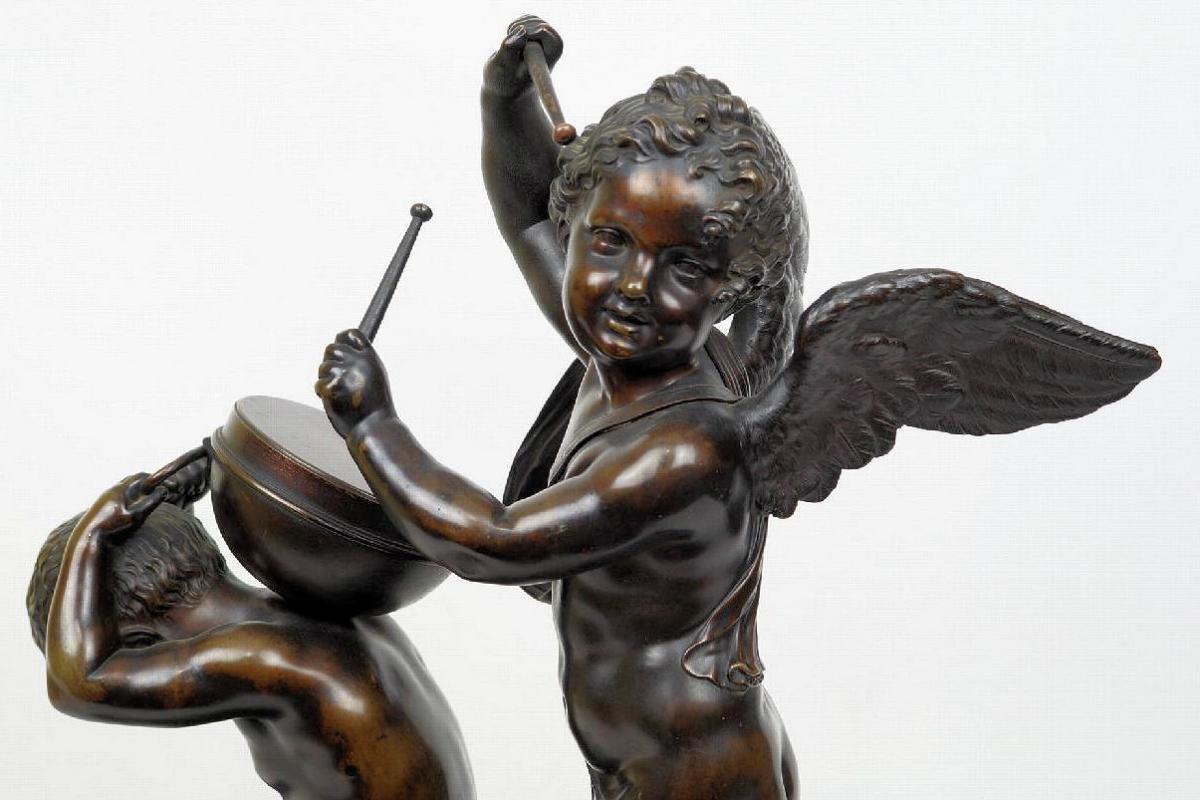 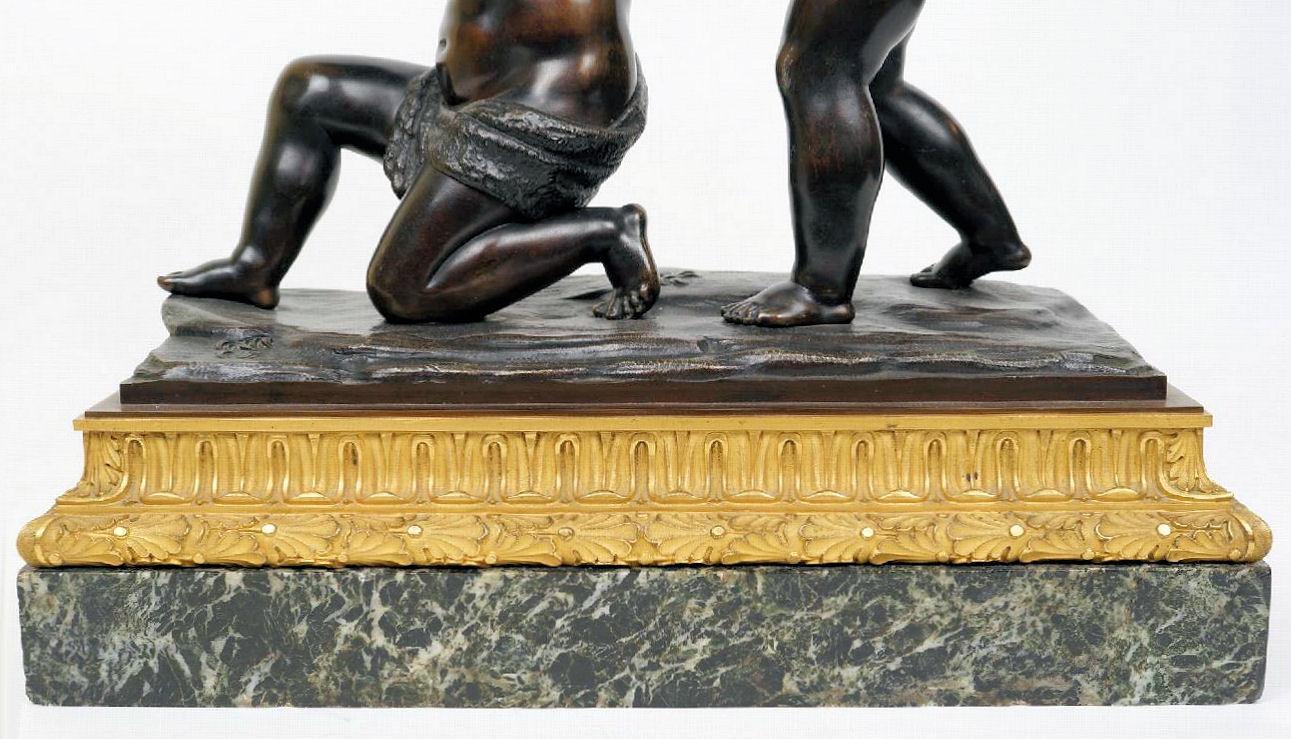 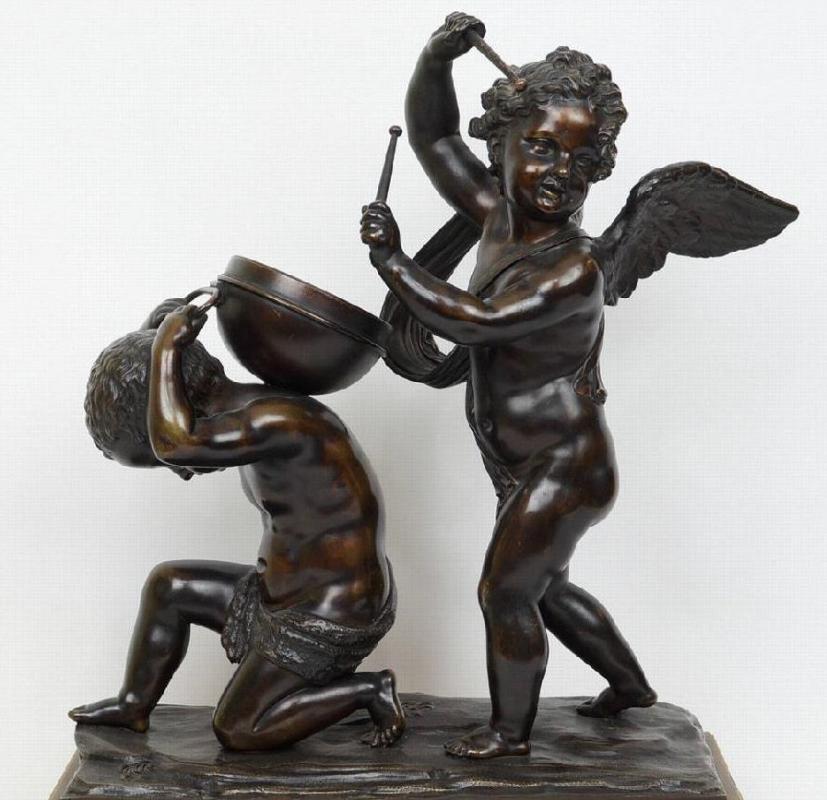 This bronze depicting cherubs playing a drum is exceptionally modeled, cast and patinated, with gilt bronze base set upon marble plinth, apparently inspired by the work of Claude-Michel Clodion (1738-1814), and attributed to the Parisien foundry, Deniere. Measures:  18.75 x 15 x 7 in; 47.6 x 38 x 18 cm.  Approximately 40 lbs.  Unsigned.   See lot 223 of the sale at Skinner on October 31, 2015, for a mantel clock surmounted by a seemingly identical casting by Deniere of the drummer and drum-carrying cherub.  Founded by Jean-Francois Deniere (1774-1866) during the First Empire, the Deniere foundry supplied candelabra, clocks and other decorative items for the palaces at Versailles and elsewhere.  Under the direction of his son, Guillaume, the firm supplied the monarchy during the Second Empire and thereafter.  In the mid to late nineteenth century they were a worthy rival to Maison Barbedienne.