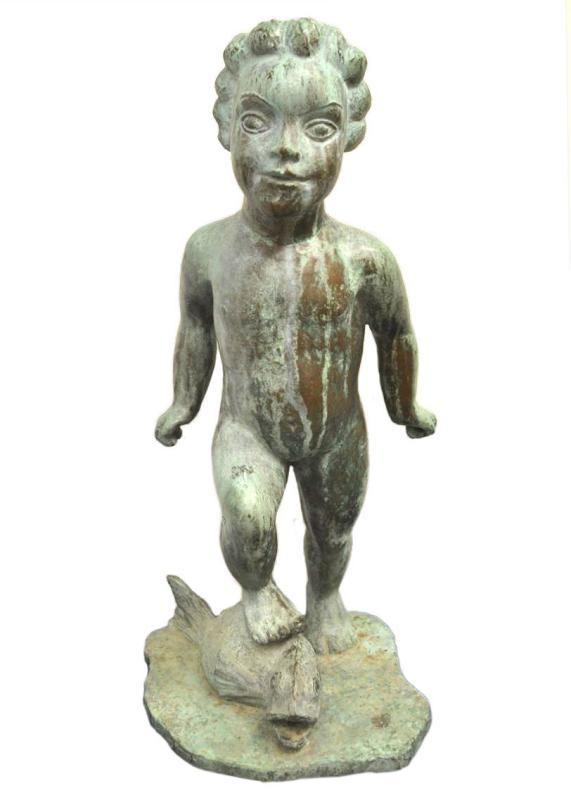 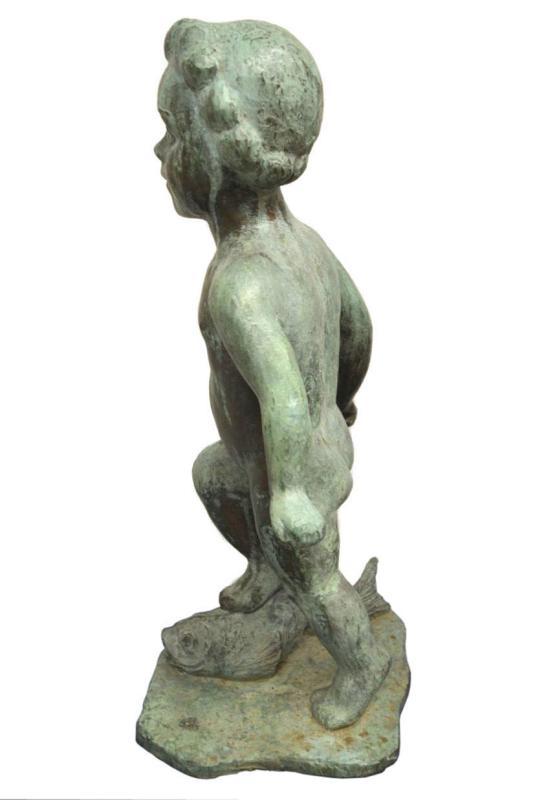 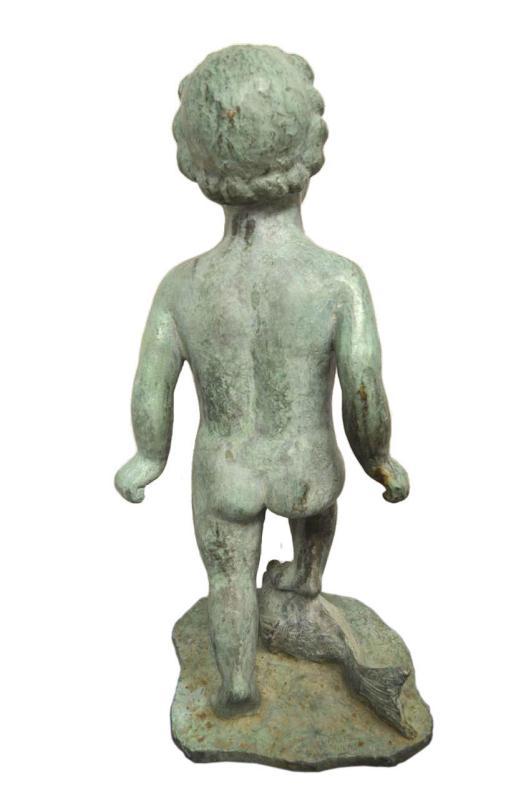 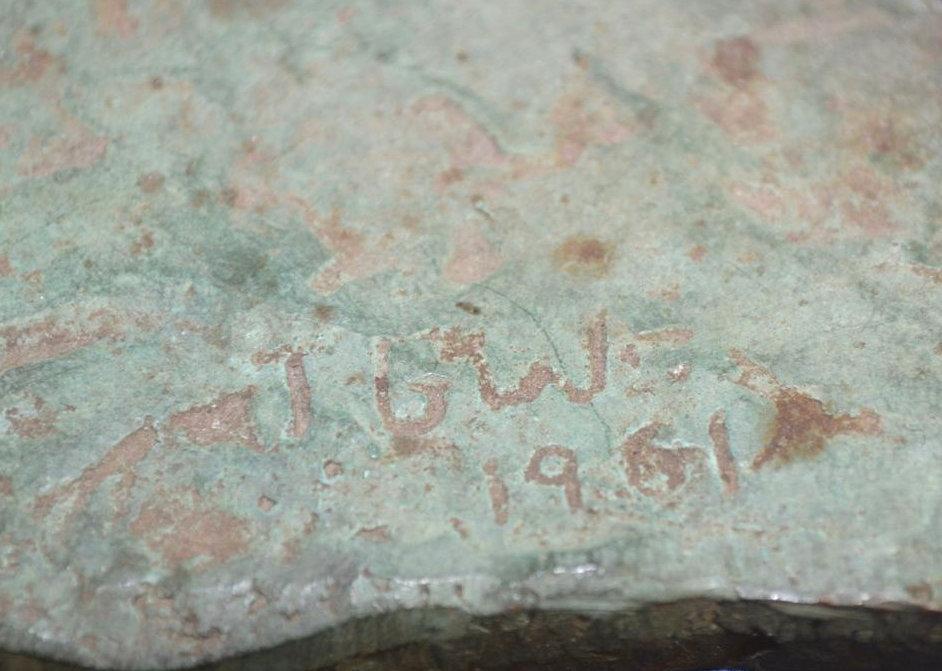 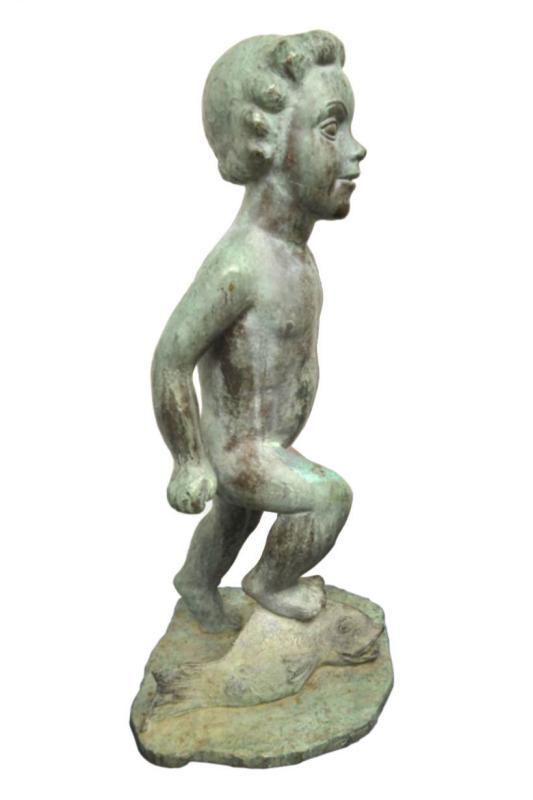 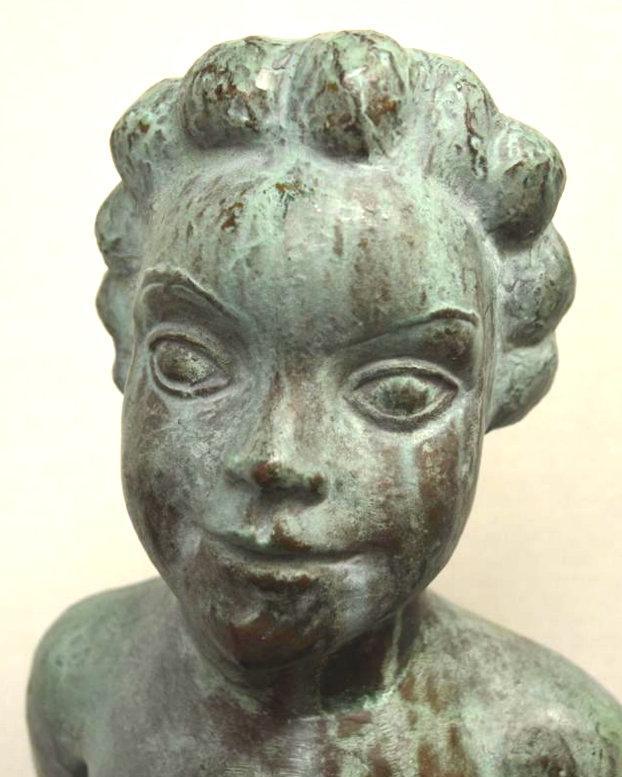 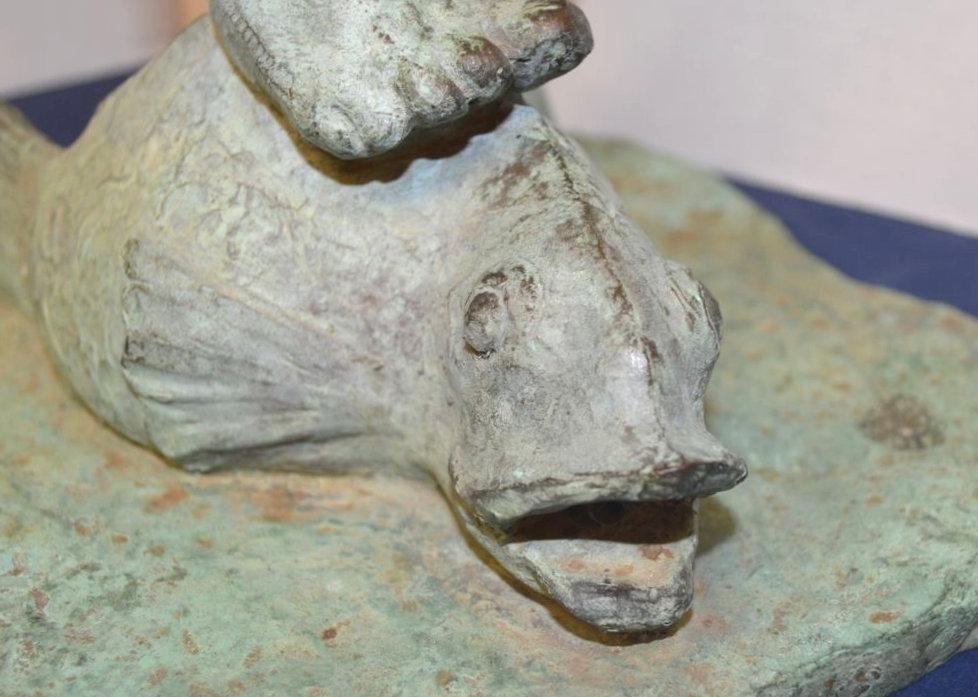 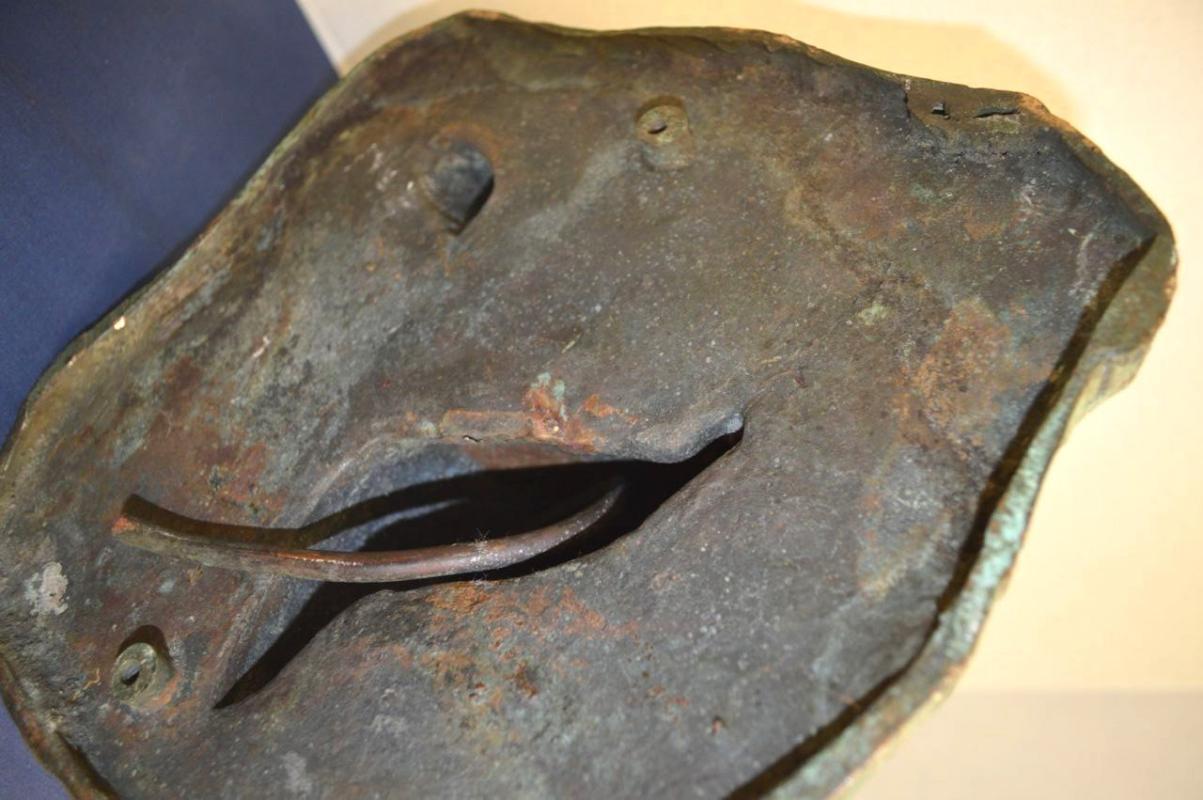 This charming bronze garden sculpture with verdigris patina depicting a child stepping on a fish is indistinctly signed _ _ W,  dated 1961, and believed to be a work by Wheeler Williams (1897-1972).  Measures 22 x 9.5 x 9 inches.  Copper tubing runs through the mouth of the fish to allow its use as a fountain.  Its style appears modelled after Wheeler's series entitled Childhood of the Gods, a series of eight figures that debuted at the 1938 World's Fair.  Item sold as-is. All sales final.  Item bp-495 ( mid-century modern art deco )

Williams studied at the Art Institute of Chicago, Yale University and Harvard University where he achieved a Master of Architecture in 1922.  He received the Gould Medal at the Paris Exposition in 1937, was a member of the National Academy and served as president of the Fine Arts Federation of New York.  He was a critically acclaimed and commercially successful figurative sculptor known for his unique Art Deco style.  He was the recipient of numerous commissions for public monuments, including Settlers of the Seaboard in Fairmount Park in Philadelphia, Robert A. Taft Memorial on the Capital in Washington DC, and Indian Bowman, installed in 1938 in the U.S. Post Office Canal Street Station, among many others.