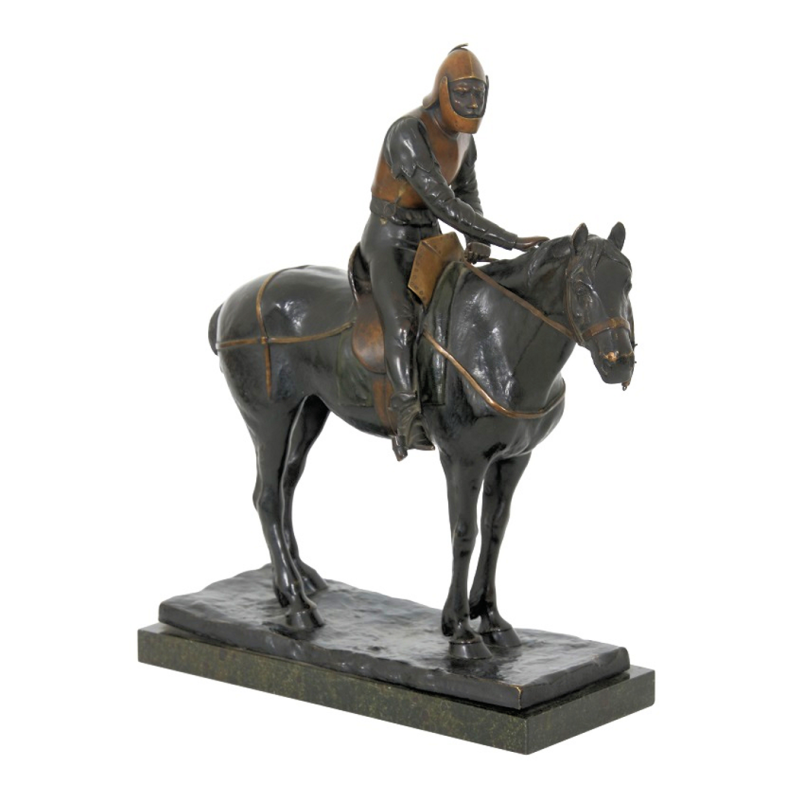 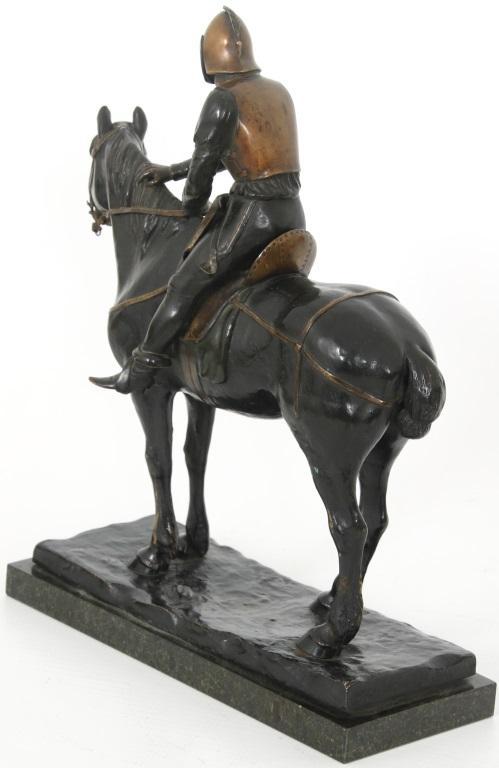 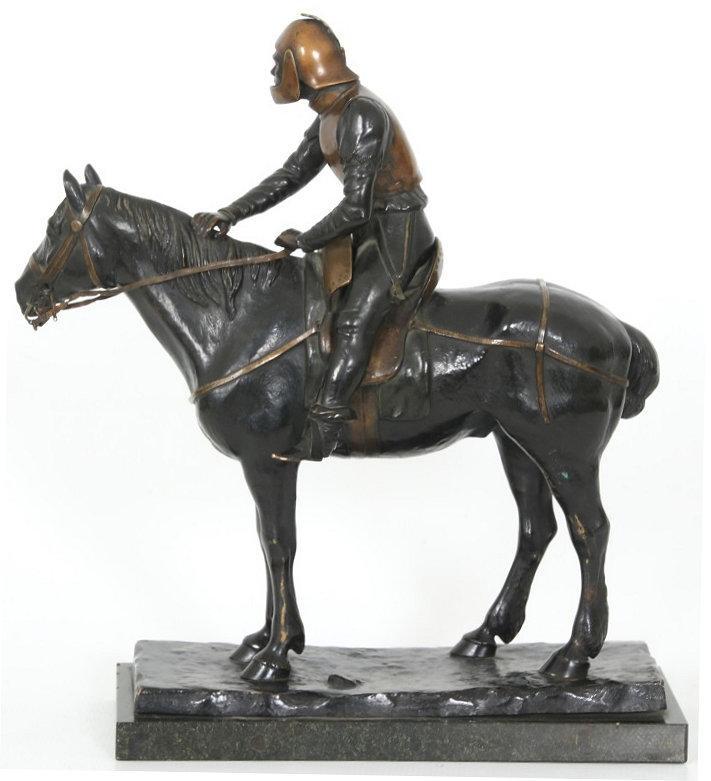 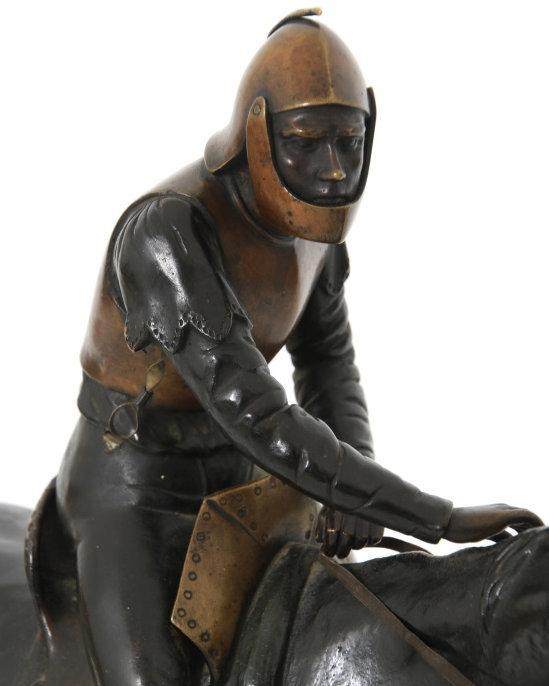 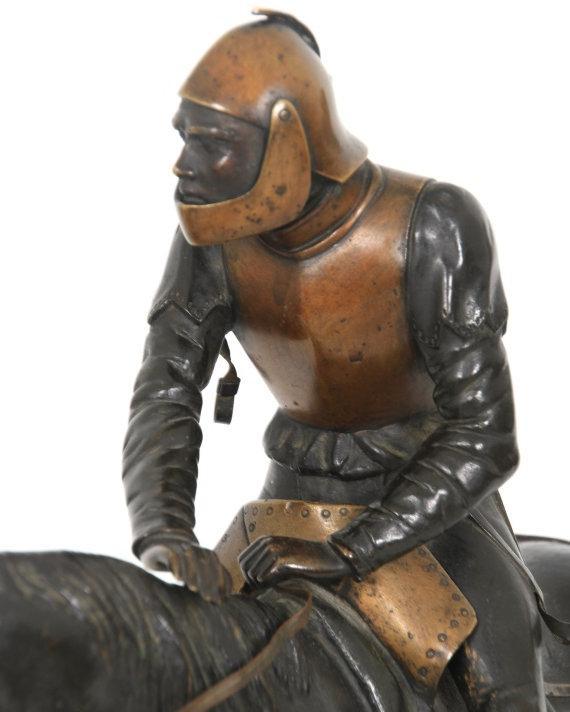 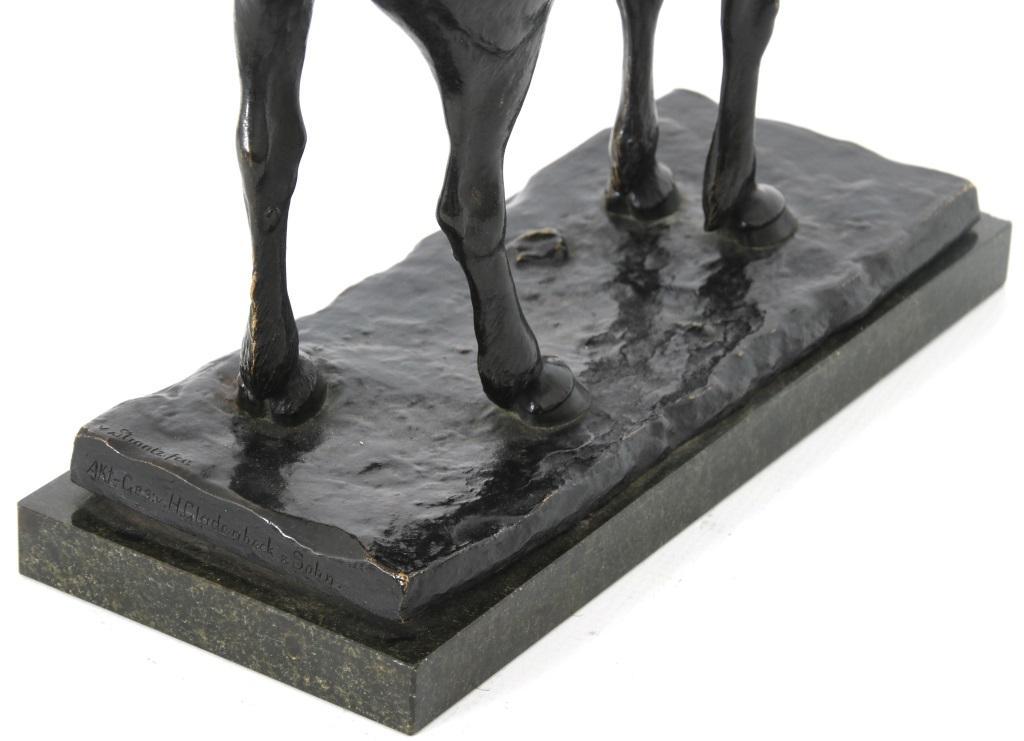 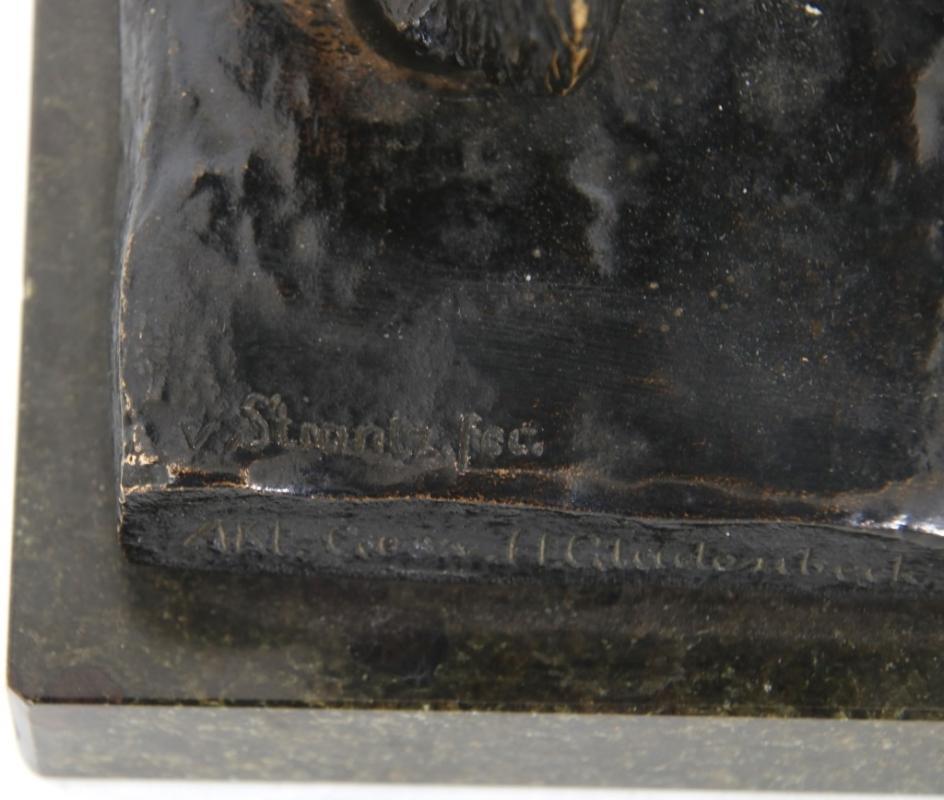 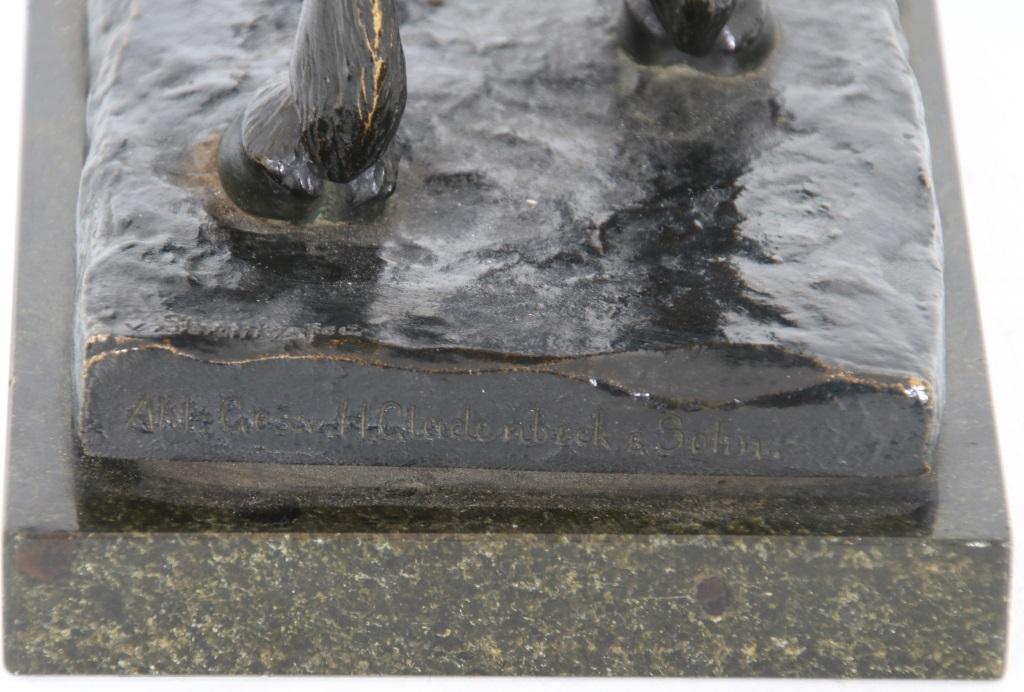 Our bronze by A. von Strantz (German, 1851-1927) depicts a knight of the Reconquista on horseback.  The Reconquest was a period when the Christian states of Europe fought to recover the lands under Moslem control. The war ended in 1492 with the capture of Granada. It is signed "v. Strantz, Fec." and "Akt. Gec. v. Gladenbeck & Sohn" for the Aktien-Gladenbeck & Sohn foundry in Berlin.  Missing the spear on his right side and sword at his left hip.  The Gladenbeck foundry operated from 1851 to 1929.