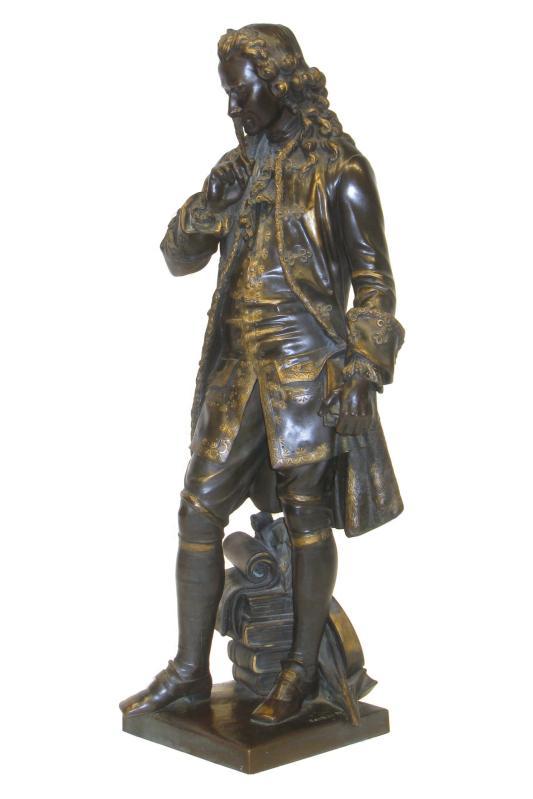 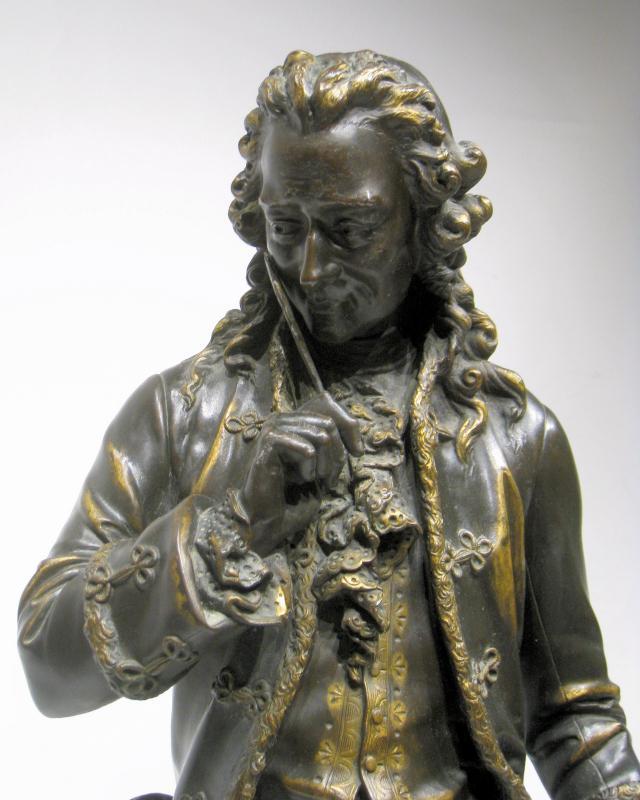 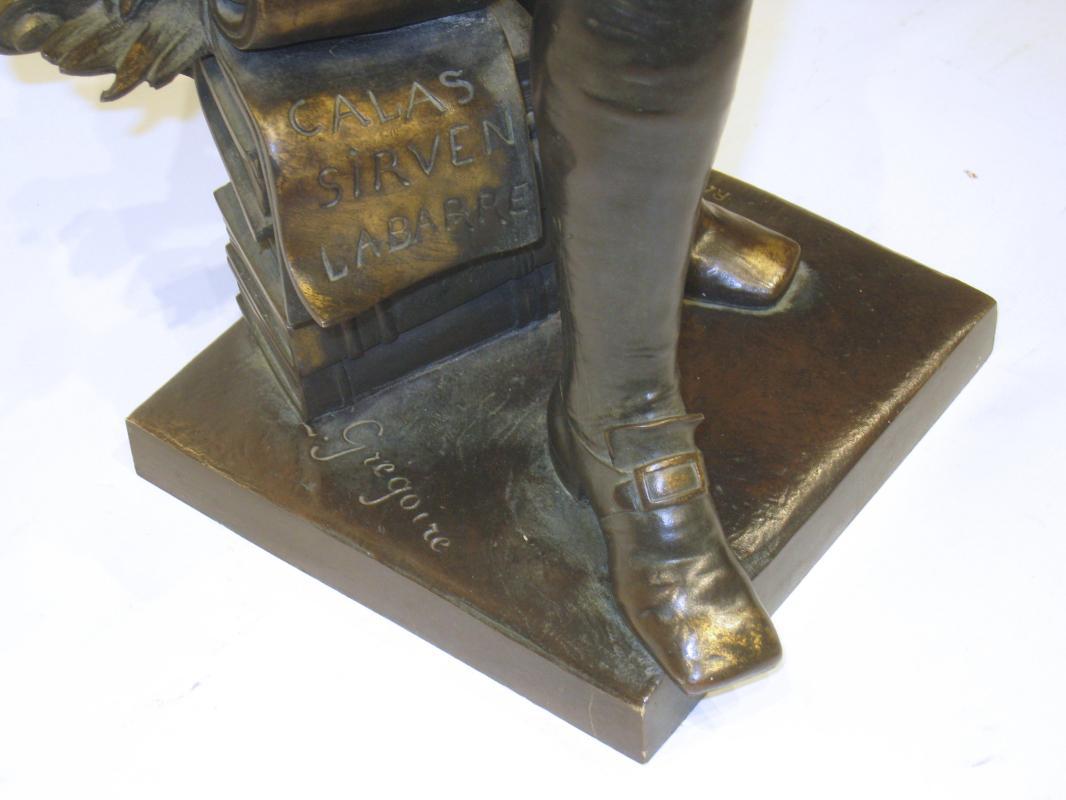 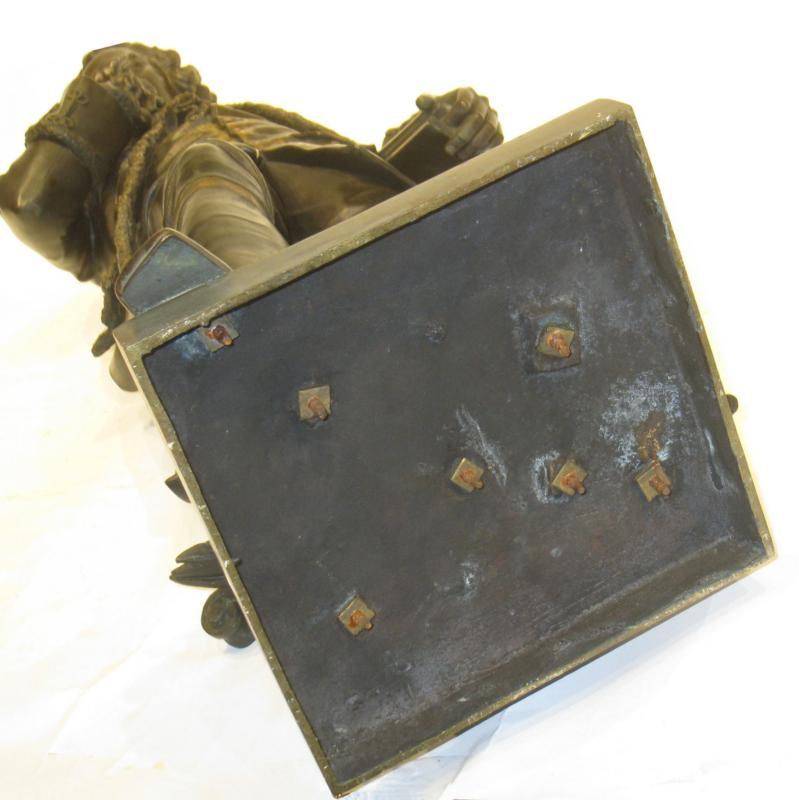 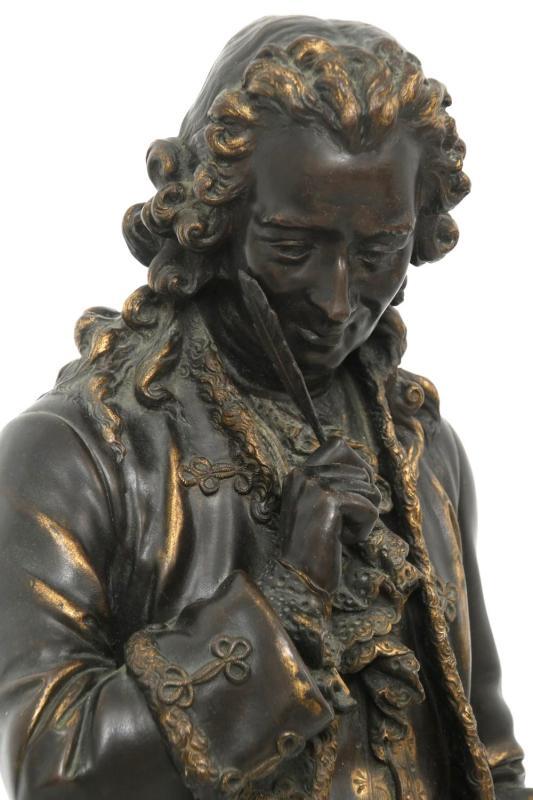 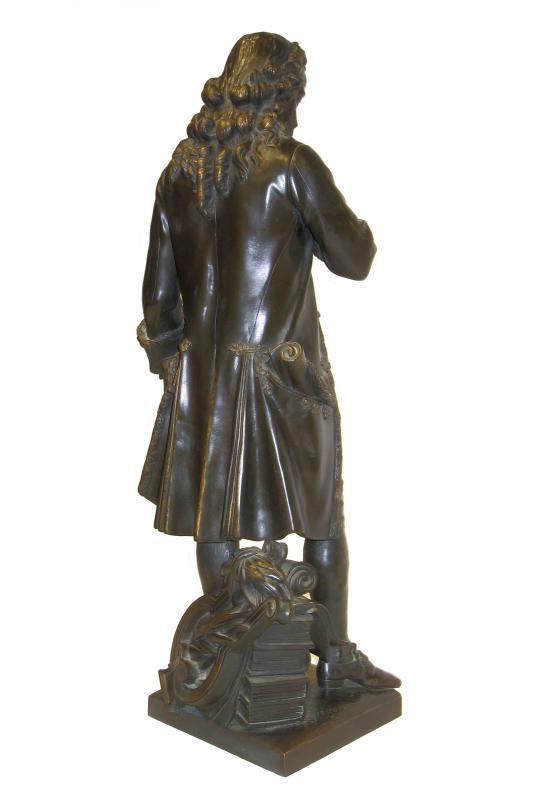 The work depicts Voltaire standing in thought with books and scroll at his feet bearing the names LA BARRE, CALAS and SIRVEN, referencing the three important figures championed by Voltaire for their defense of religious freedoms in opposition to the Roman Catholic church, namely Francois-Jean Lefebvre de la Barre (1745-1766), Jean Calas (1698-1762), and Pierre-Paul Sirven (1709-1777). Probably the most notable of the three was de la Barre, a nobleman who was tortured and beheaded and burnt on a pyre with Voltaire's Dictionnaire philosophique (Philosophical Dictionary) nailed to his chest.

Jean-Louis Grégoire (1840-1890) studied at the Ecole de Beaux-Arts in Paris. He exhibited at the Salon from 1867 to 1889 where he became respected for his allegorical subjects.

Raingo Frères was founded by the celebrated clockmaker, Zacharie Joseph Raingo (1775 – 1847), whose customers included King George IV of England, in 1823 with his four sons. By the mid-nineteenth century the firm expanded its designs to include sculpture and other finely cast objects such as chenets. In the 1860s their customers included Napoleon III. In the mid and later part of the century they cast works for Albert-Ernest Carrier-Belleuse and collaborated with the celebrated cabinet maker, François Linke. The firm exhibited worldwide and won numerous medals, including a gold at the Exposition Universelle in Paris in 1889.