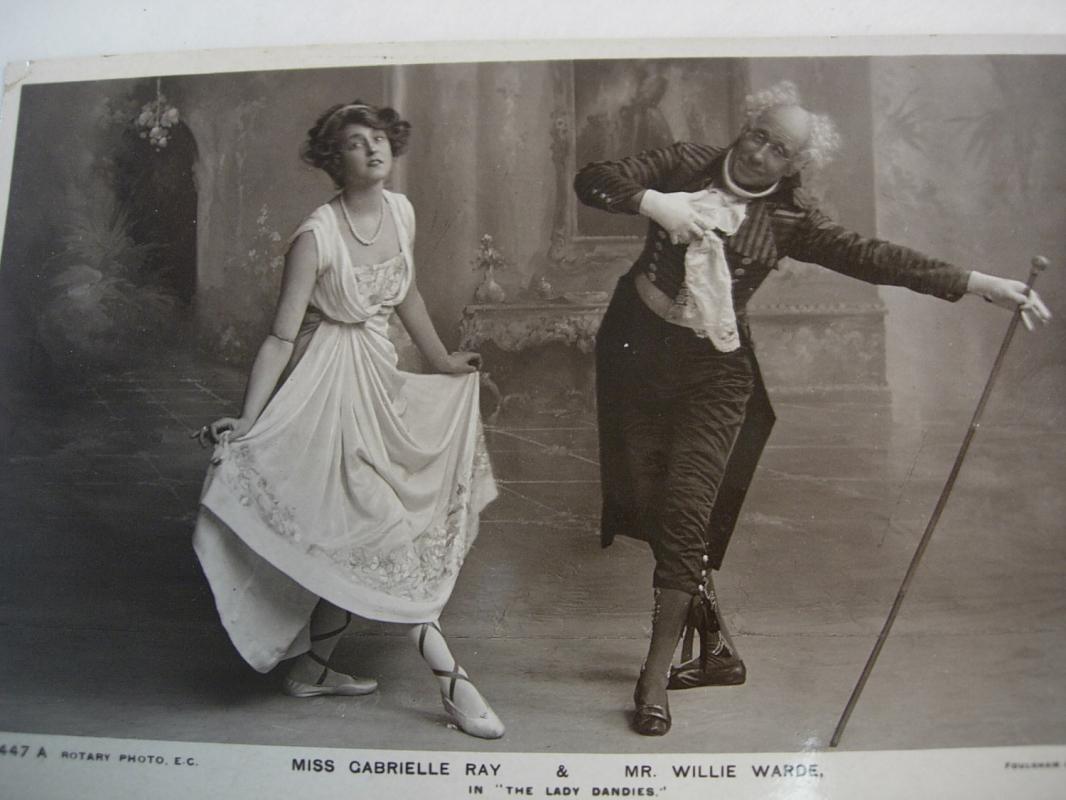 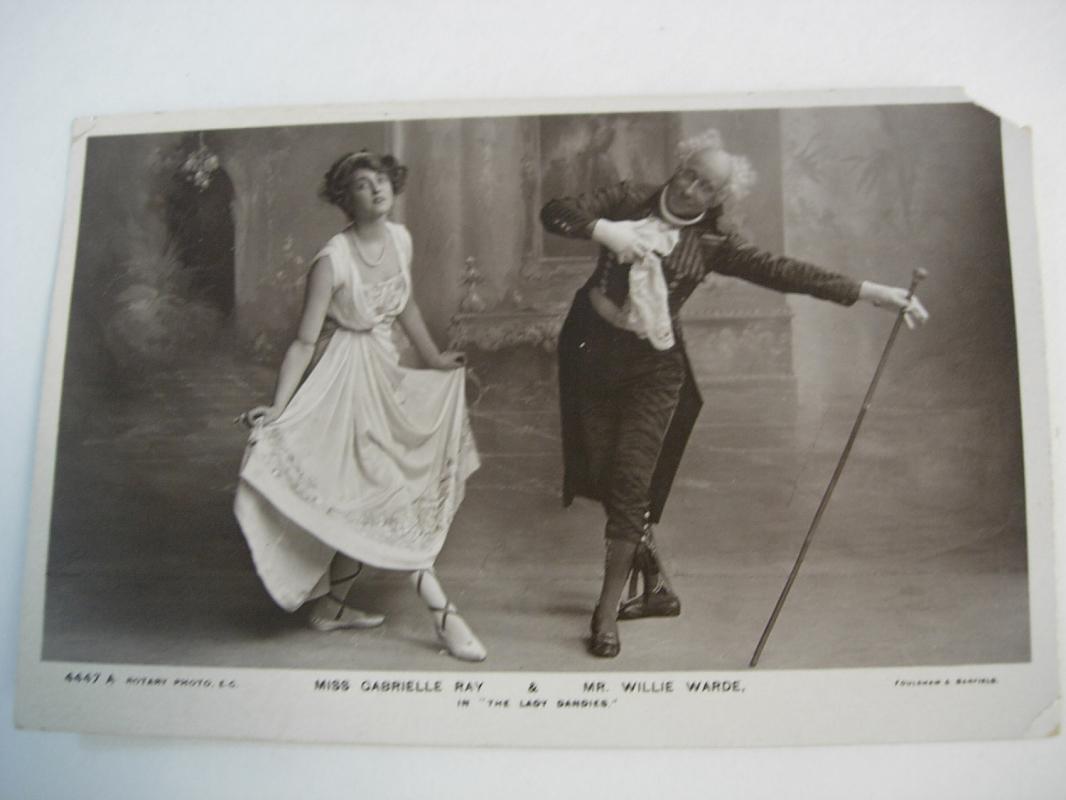 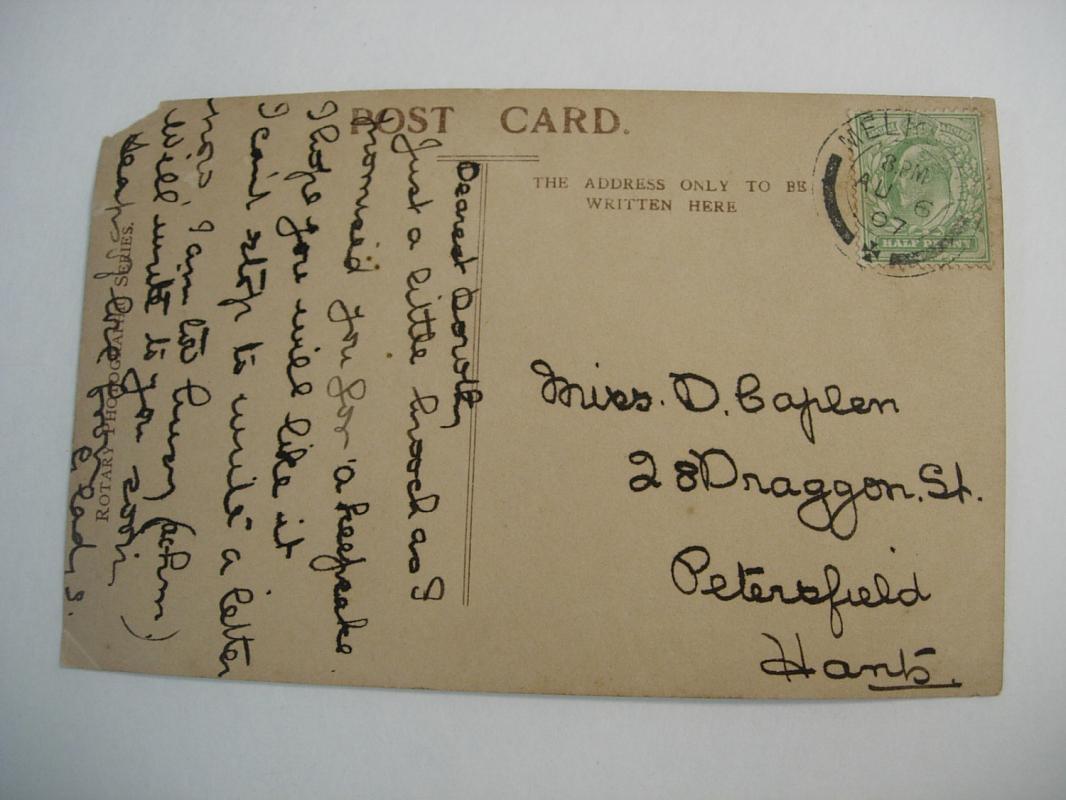 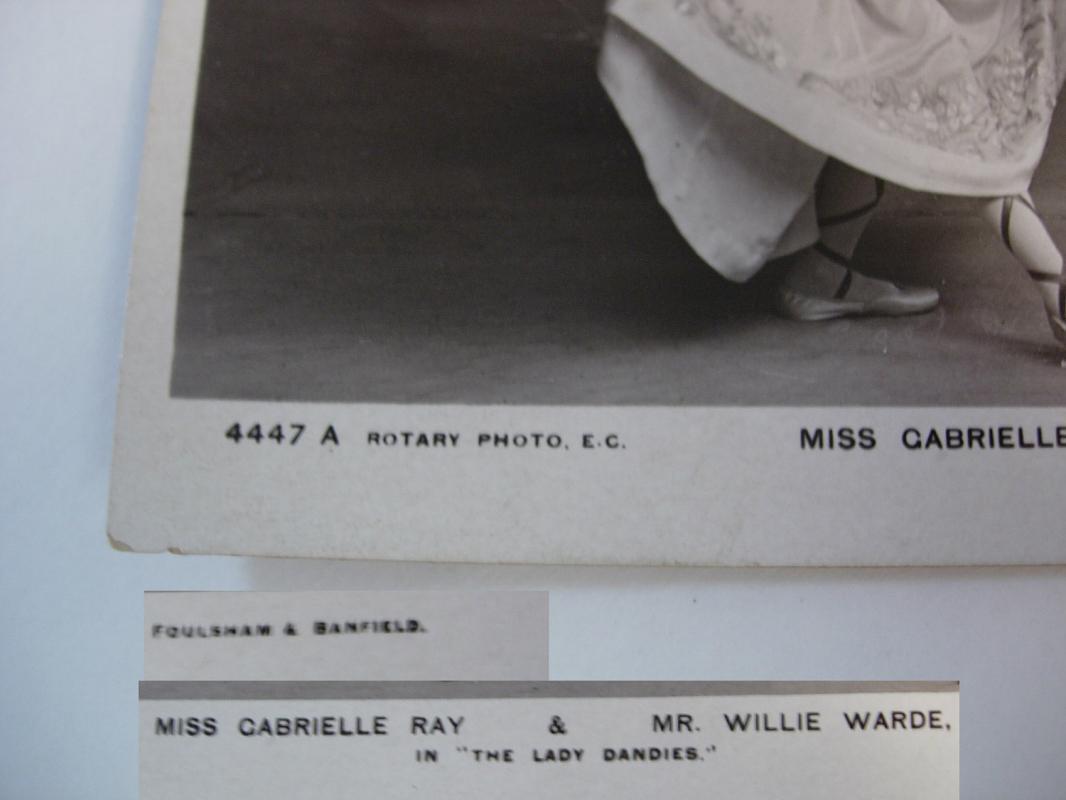 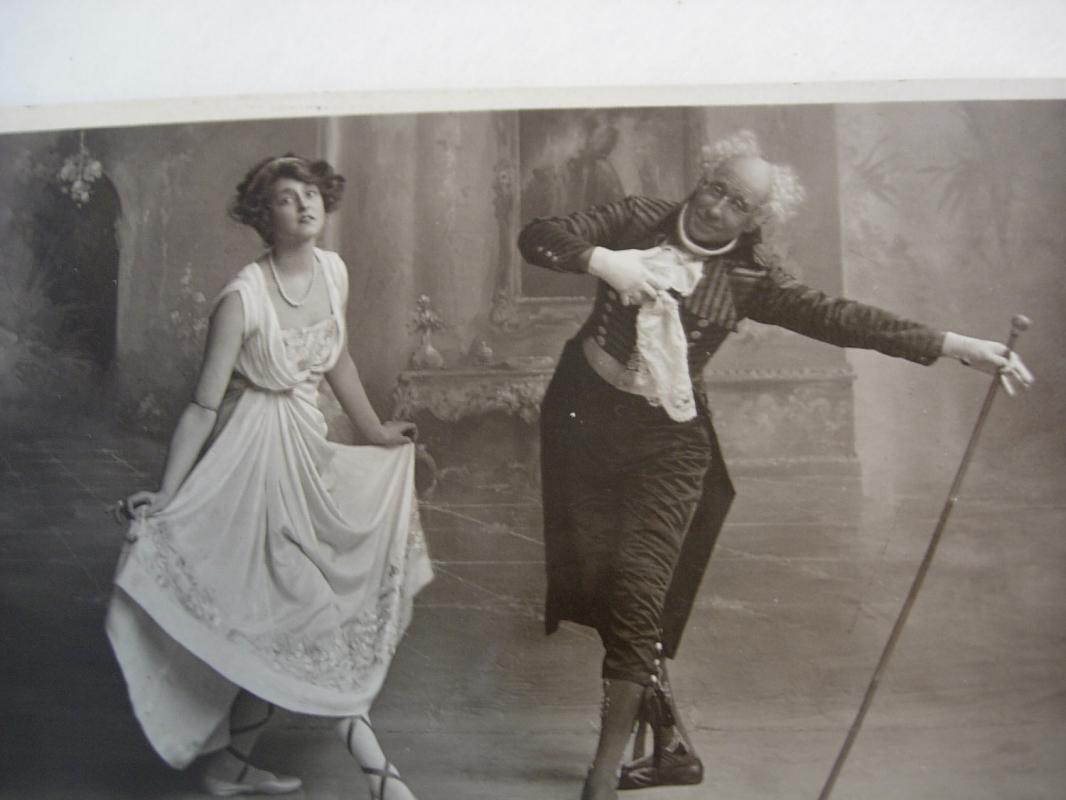 This is a Vintage Victorian RPPC Real Photo of Miss Gabrielle Ray and Mr. Willie Warde in "The Lady Dandies. The card is postmarked 1907. The card is a Rotary Photograph Series marked on the front and back. Gabrielle Ray (28 April 1883 - 21 May 1973), was an English stage actress, dancer and singer, best known for her roles in Edwardian musical comedies. Ray was considered one of the most beautiful actresses on the London stage and became one of the most photographed women in the world. In the first decade of the 20th century, she had a good career in musical theatre. After an unsuccessful marriage, however, she never recovered the fame that she had enjoyed. She spent many of her later years in mental hospitals. Willie Warde (1857 – 18 August 1943) was an English actor, dancer, singer and choreographer. The son of a dancer, his first theatre work was with a dance company. He was engaged to arrange dances for London productions and was later cast as a comic actor in musical theatre. He was associated for over two decades with the Gaiety and Daly's theatres under the management of George Edwardes, playing in and choreographing burlesques and, later, Edwardian musical comedies. In later years he played character roles in West End comic plays. This postcard is circulated and cancelled and in good vintage condition. One small corner is mising. Sold as found.We are not postcard experts. Vaudeville