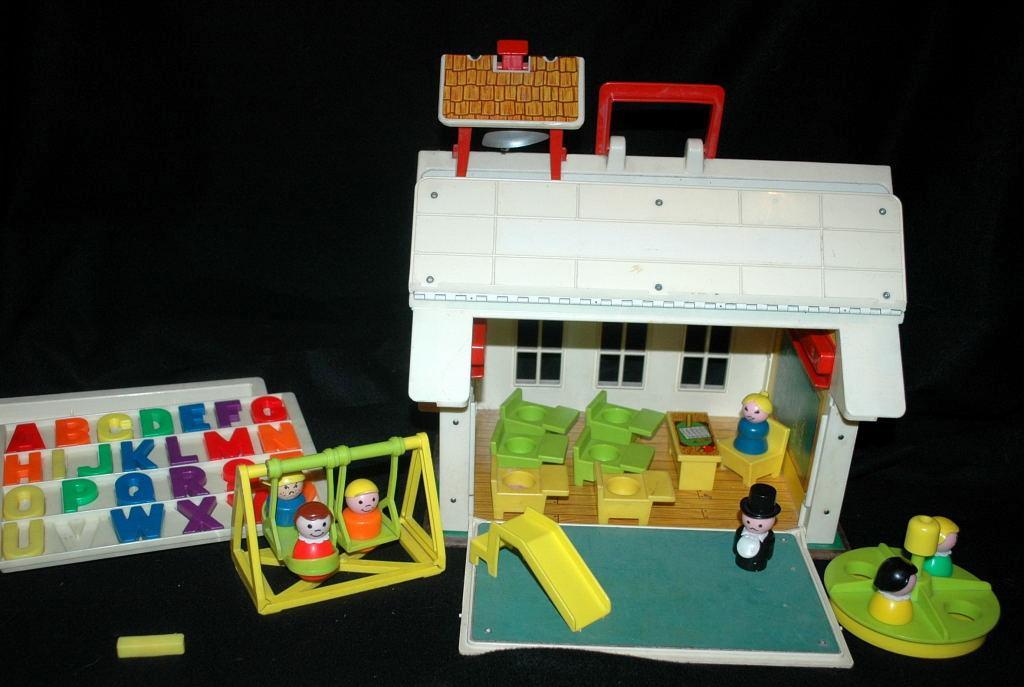 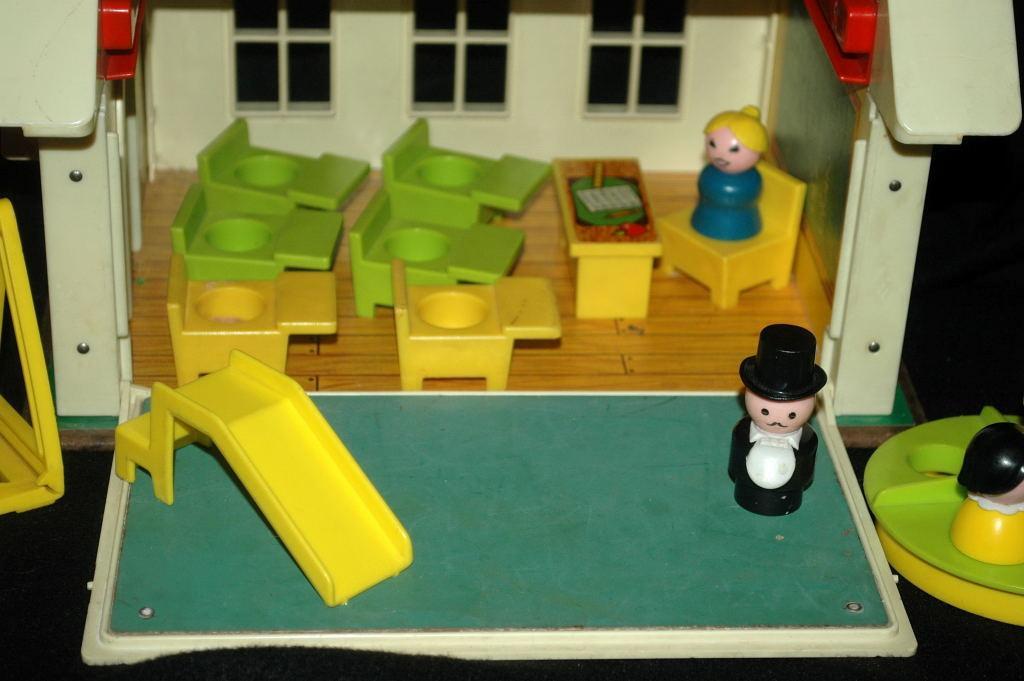 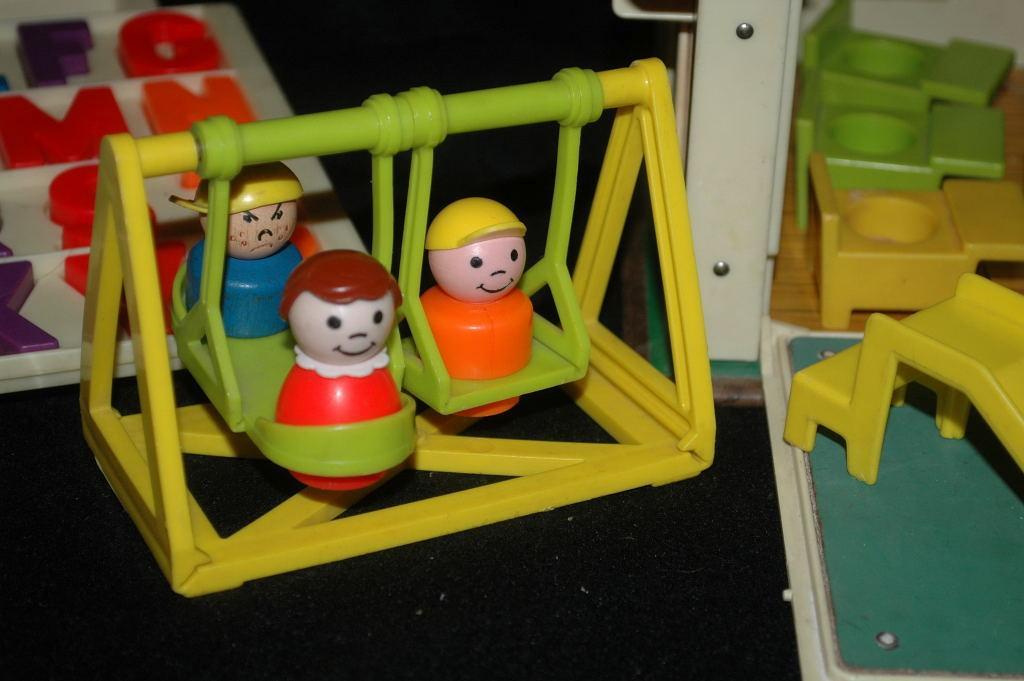 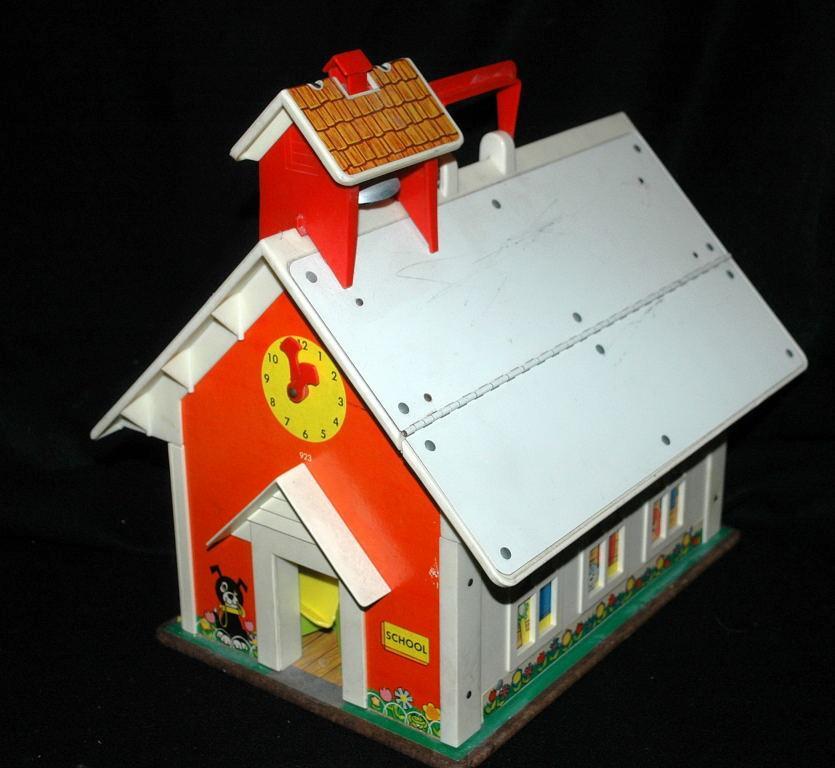 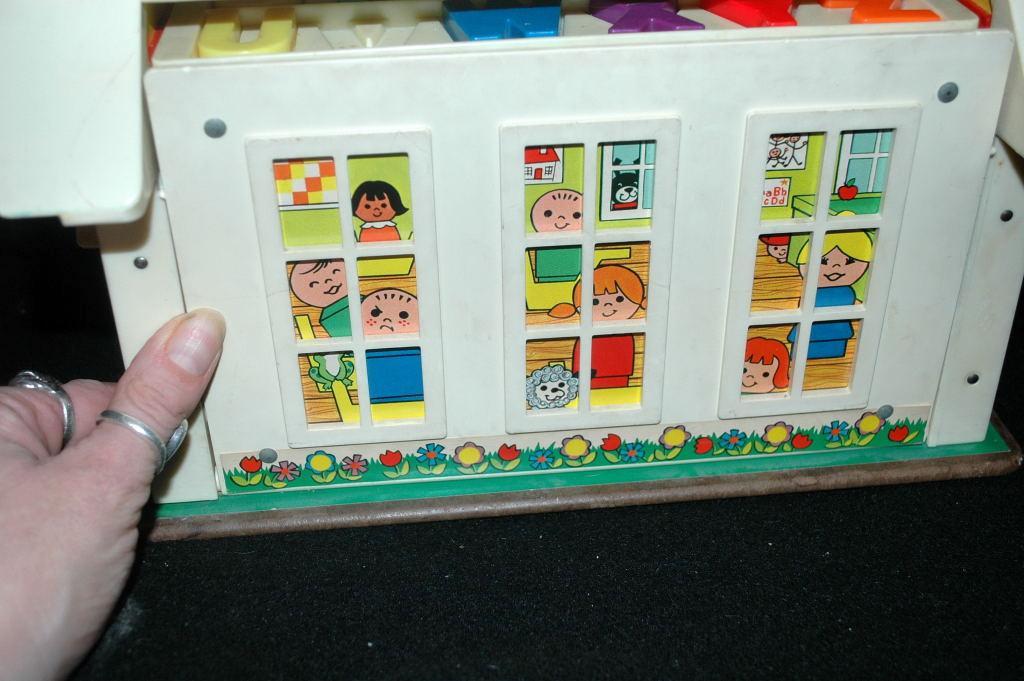 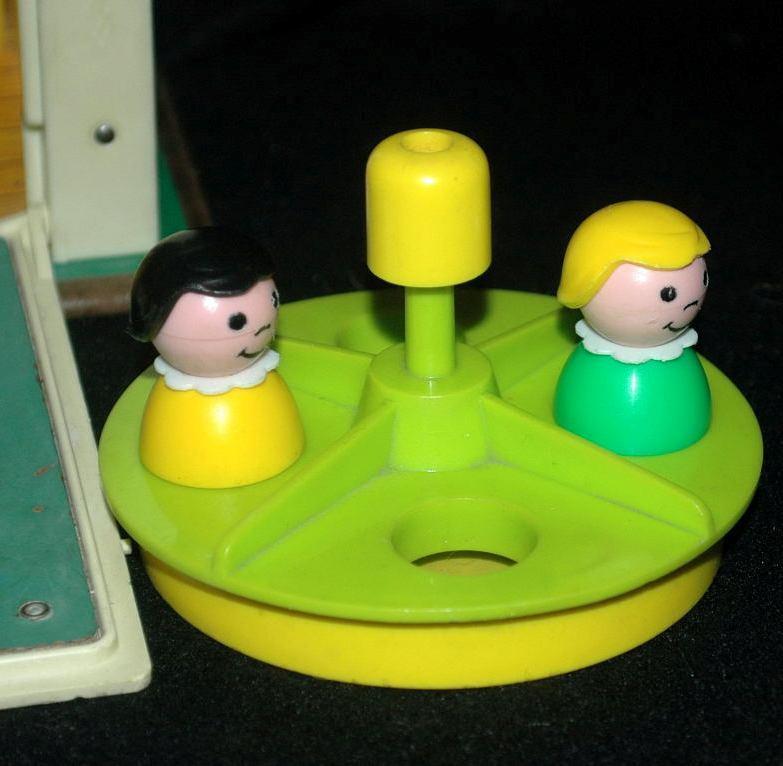 Wonderful old childhood memory maker...1970's  Old Wooden School House Play set.   The school has a working bell.   a clock with moving hands  and the side opens up to reveal the inside of the class room and the lower flap is actual a chalk board!      Plus there is the kids desks and teacher's desk and chair,  play ground equipment, teacher and 5 of the children.     Picture is a man in a top hat that will not be included.  ( initially I thought he could have been the principal but later learned he goes with a circus set as the ring master.)     Then there are the two trays.   One with a alphabet that includes all the letter with exception of the "V" .  The other tray I think is for number... however there are only a few left.

The house is of pressed wood, plastic and paper litho.   The condition is very good however been played with.   All the litho is complete with out tears or warping.

The people are a combination of wood and plastic.