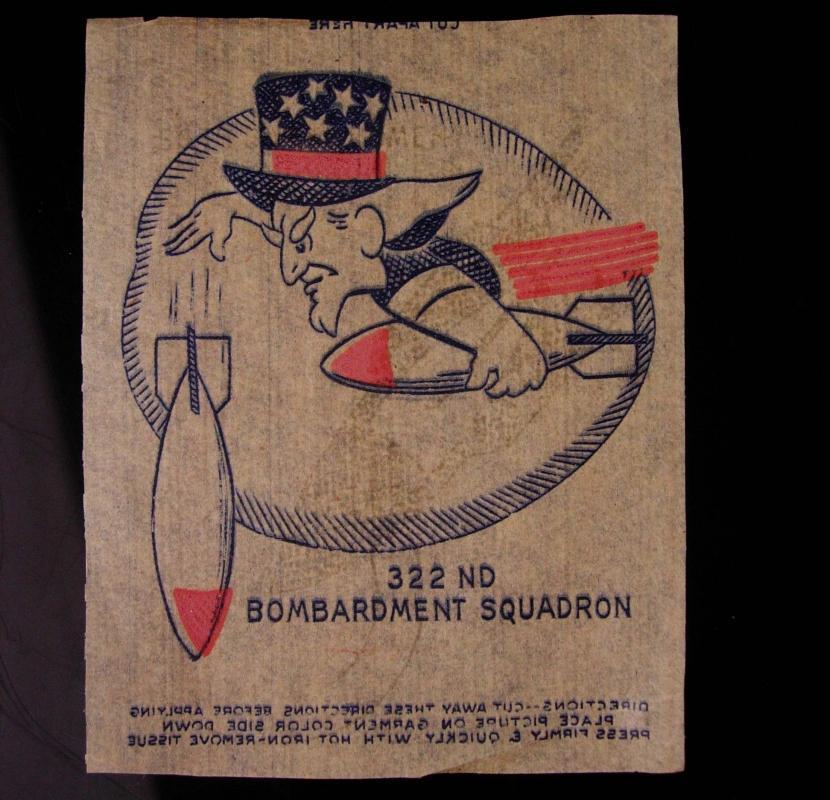 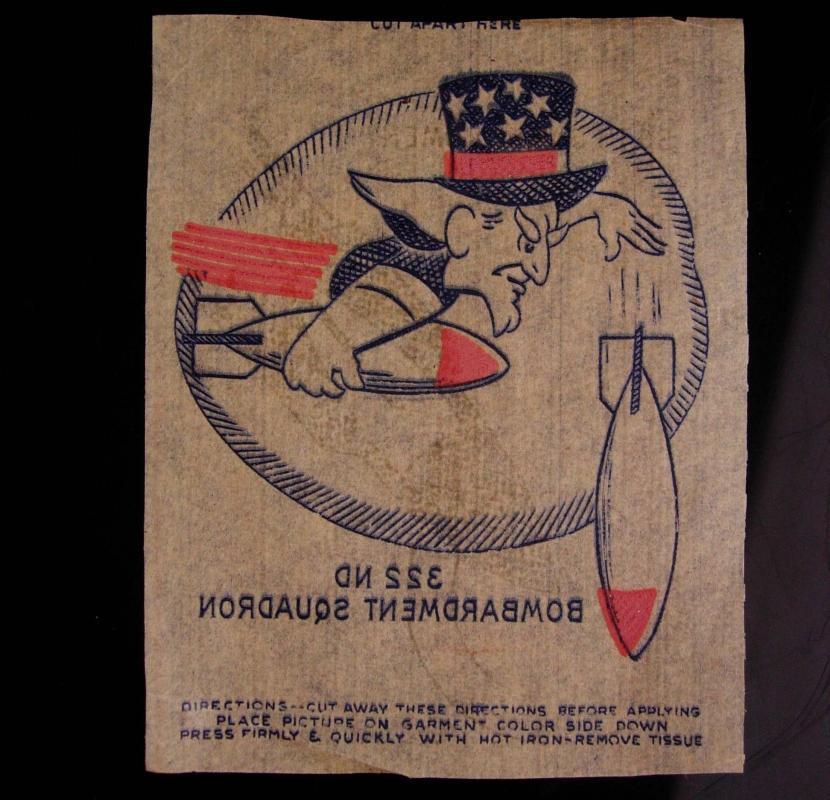 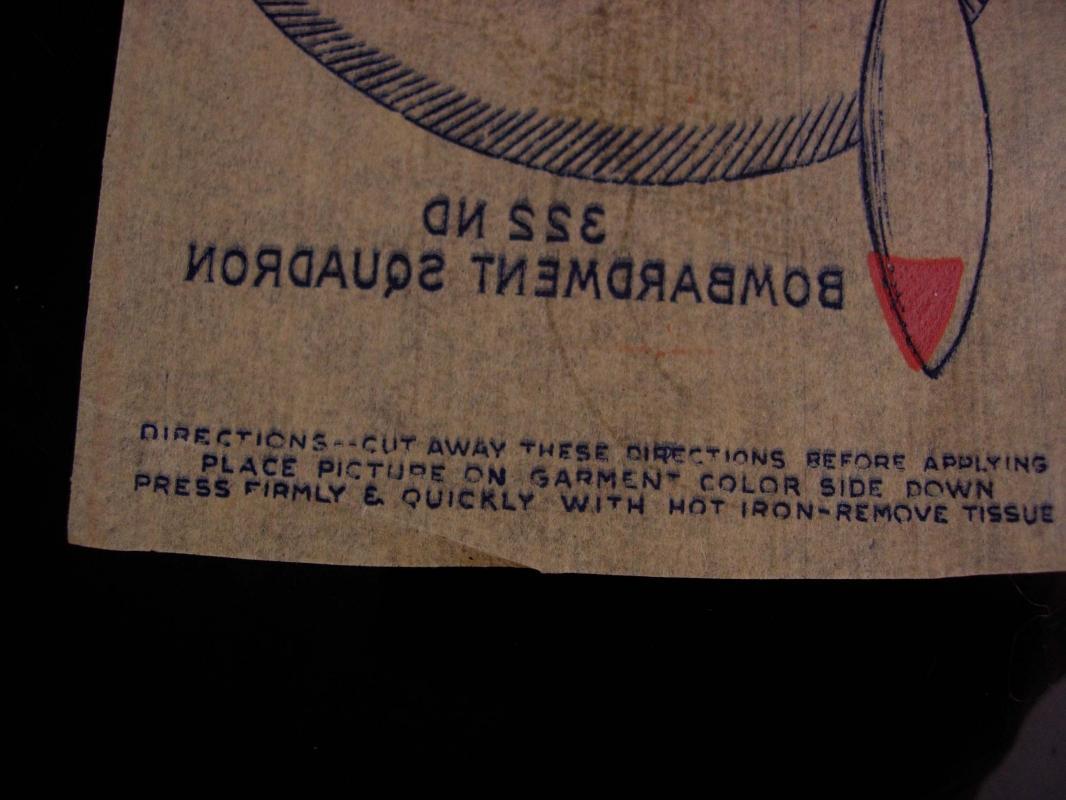 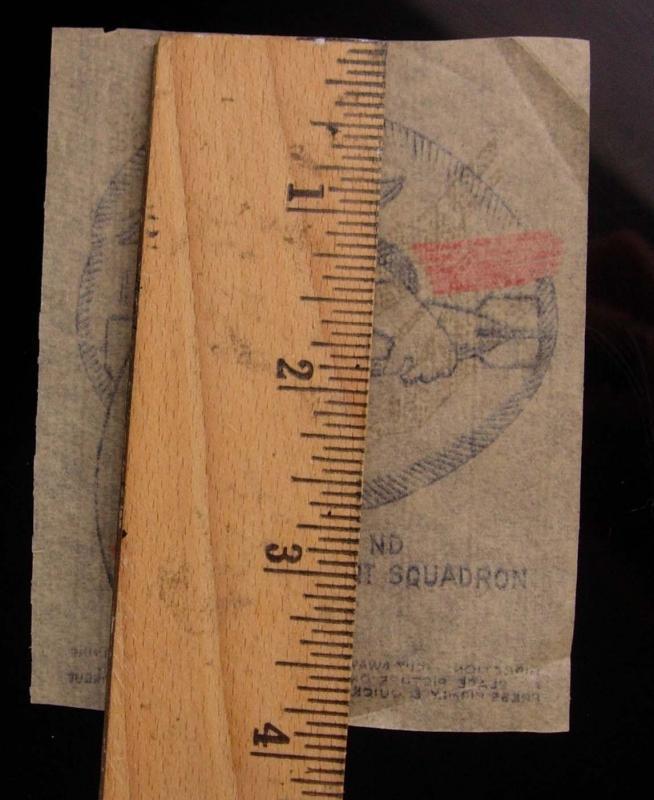 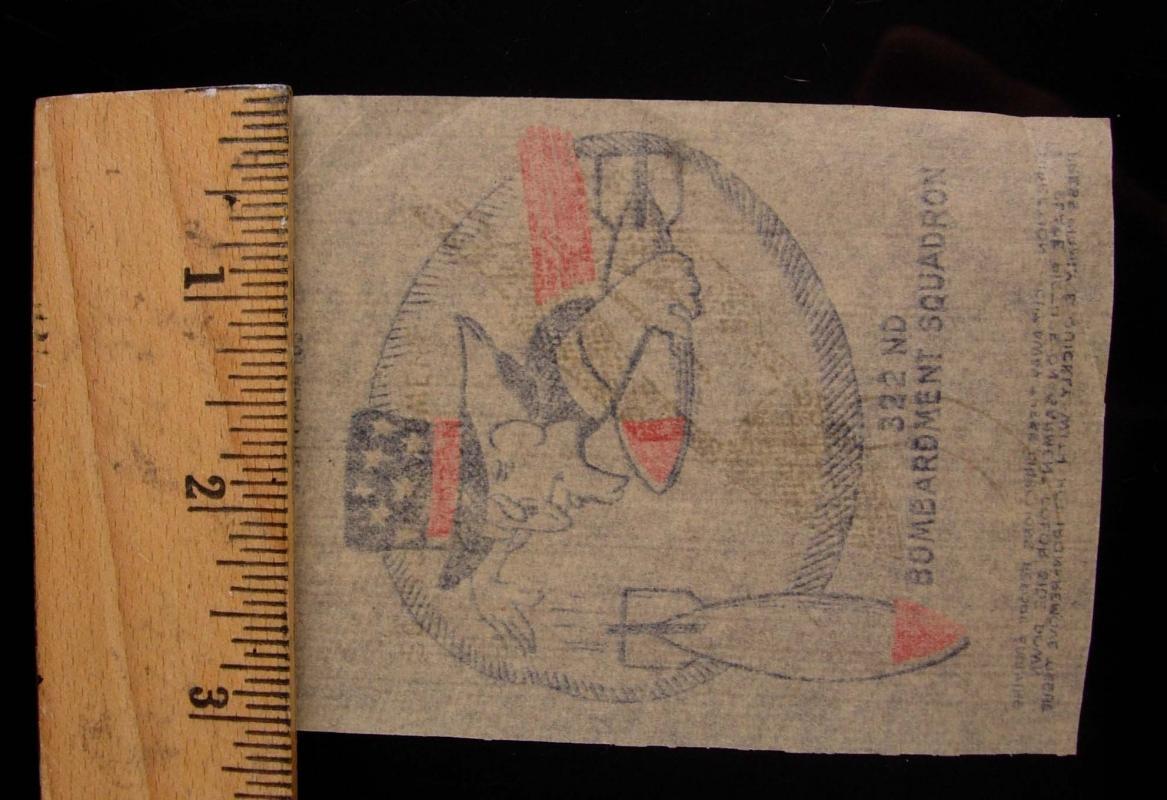 This is a Vintage 322nd Bombardment Squadron Walt Designed Iron On Combat Insignia 2 3/4 x 3 inches. These type of iron ons were typically designed by Walt Artists in the early 1940s. The instructions say: "Directions-Cut away these directions before applying place picture on garment color side down press firmly and quickly with hot iron-remove tissue". The 322d Air Expeditionary Group (322 AEG) is a provisional United States Air Force unit assigned to the United States Air Forces in Europe. As a provisional unit, it may be activated or inactivated at any time. The group appears to have been activated periodically on-order to provide support to U.S./AU activities in Africa under USAFE's Seventeenth Air Force. In 2004, elements of the Group assisted the AU deployment to Sudan. During World War II, the group's predecessor unit, the 322d Bombardment Group (Medium) was a B-26 Marauder bombardment group assigned to the Eighth and later Ninth Air Force. This combat insignia iron on is in good vintage condition. combat insignia iron ons