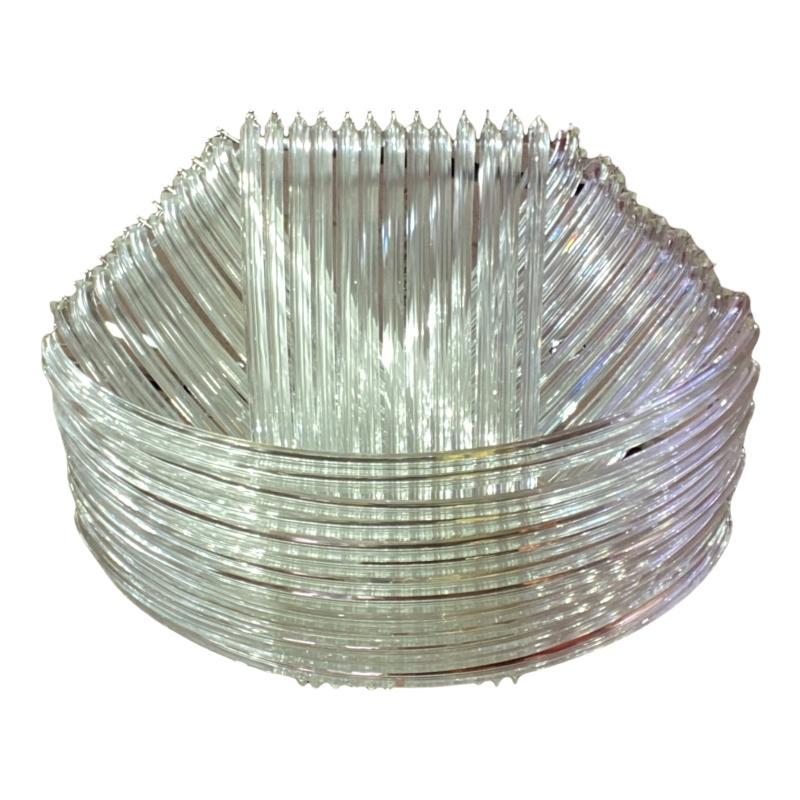 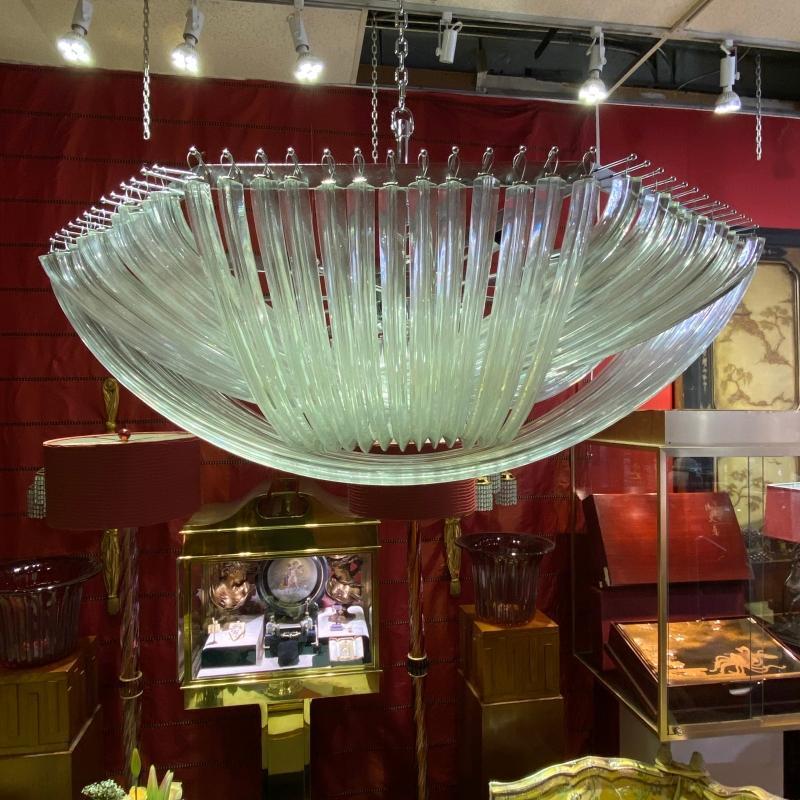 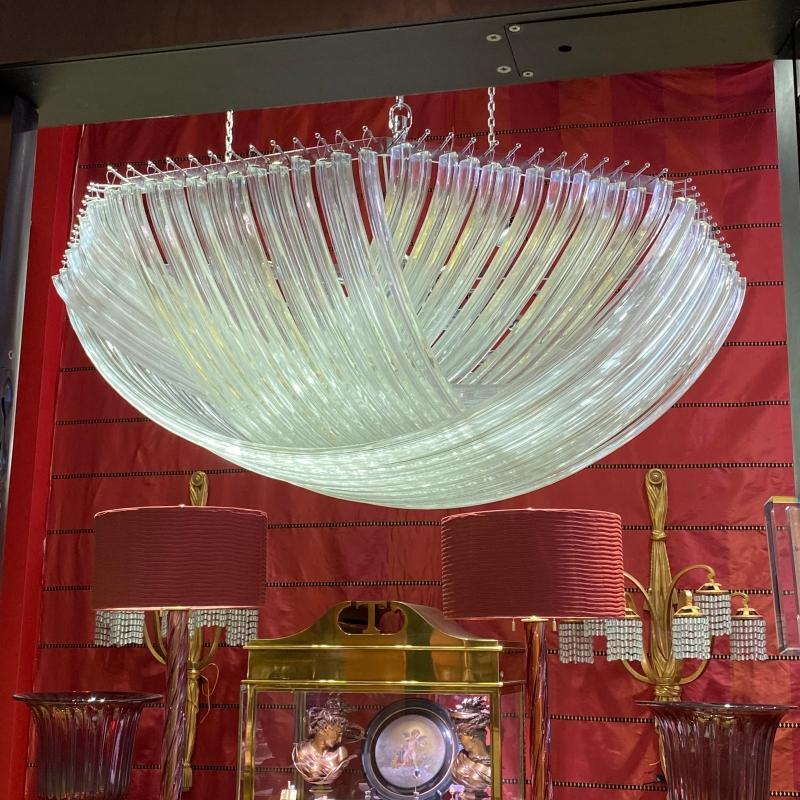 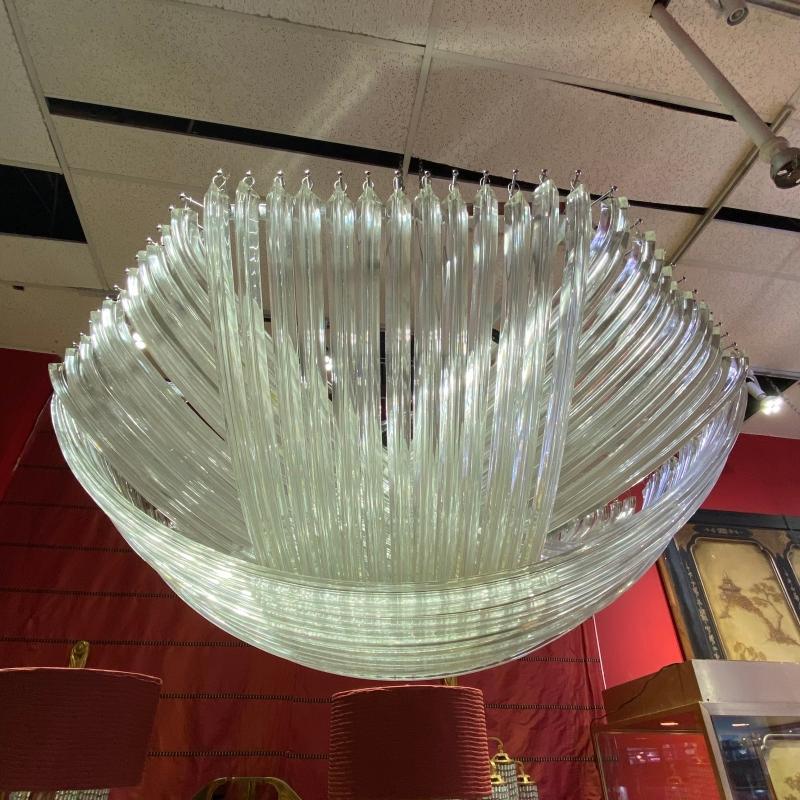 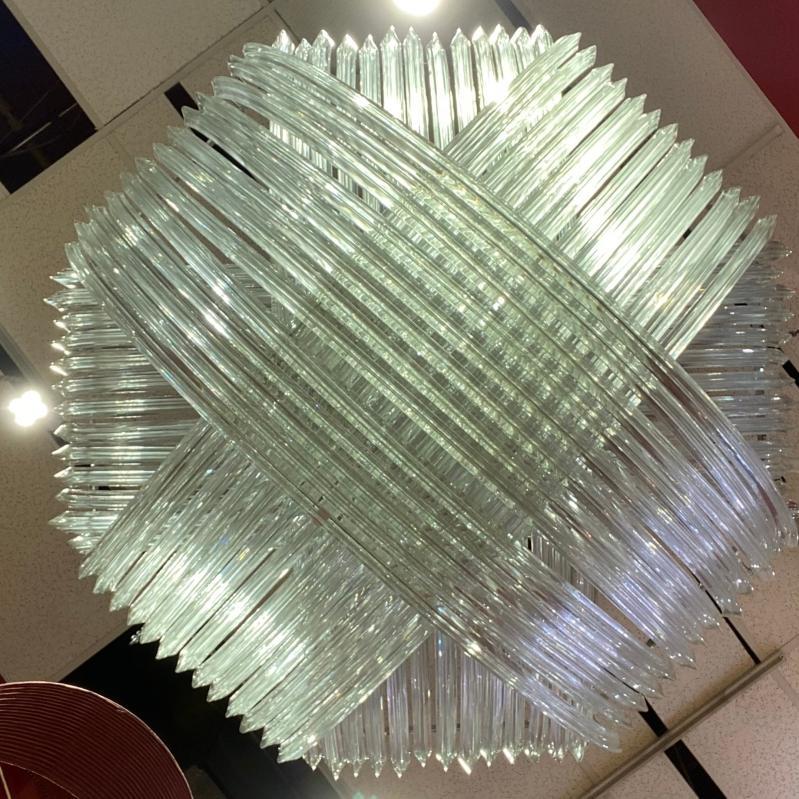 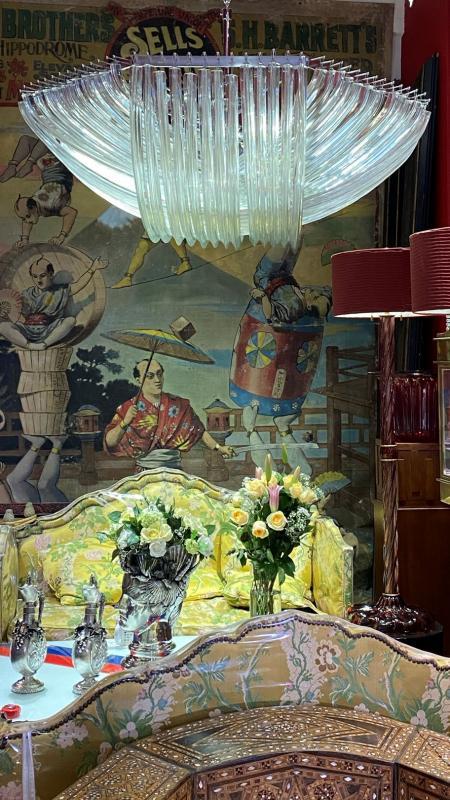 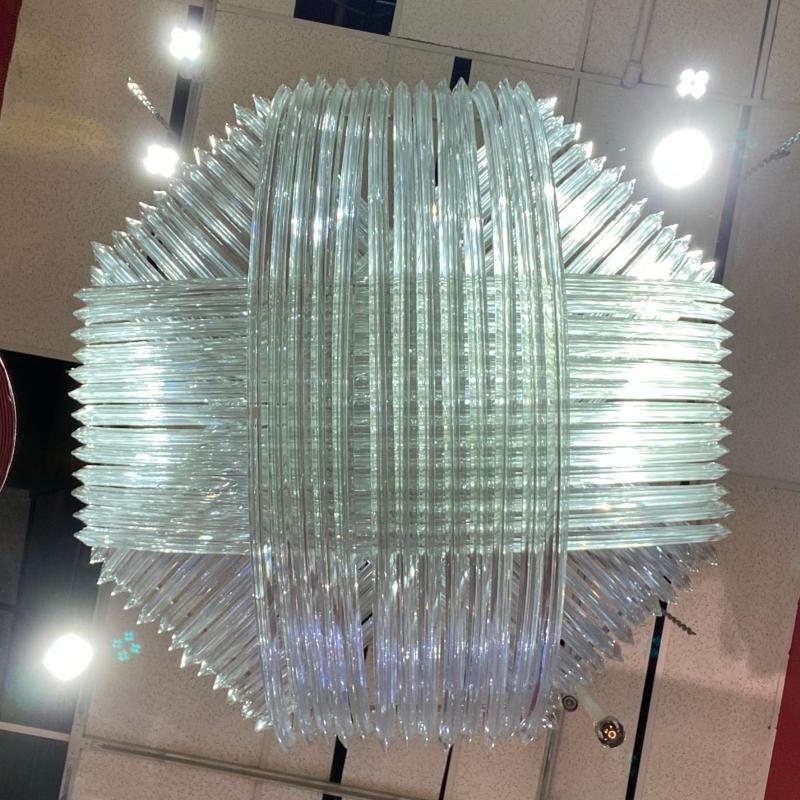 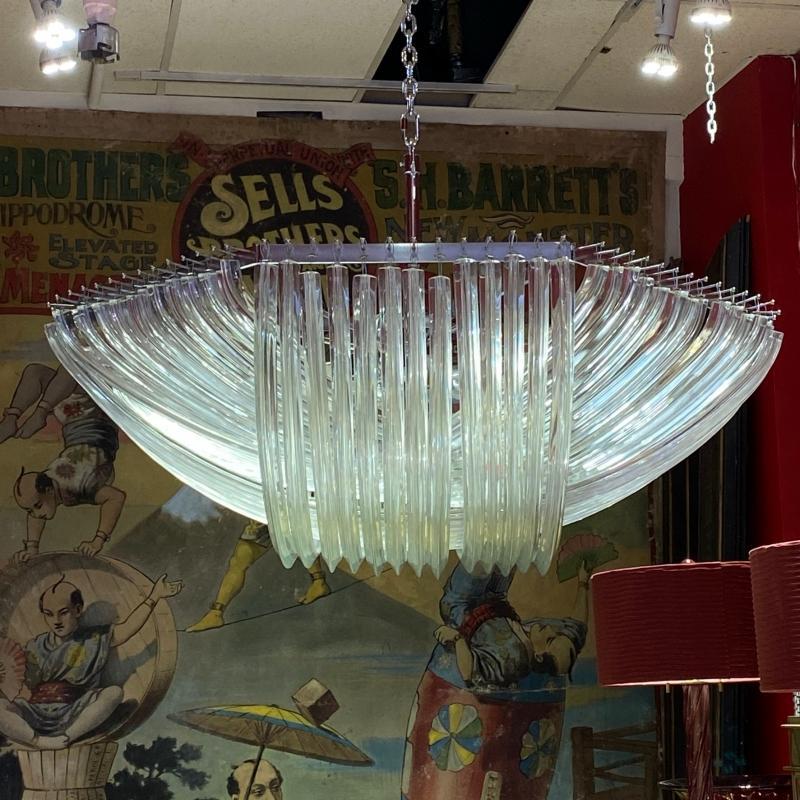 Our massive and rare triedri glass chandelier, 55 in (140 cm) across, was designed by Ludovico Diaz de Santillana (1931-1989) for Venini, circa 1960.  It features a chromium plated hexagonal shaped frame with 52 suspended tubes of clear triedri (trihedron) shaped glass arranged in four intersecting bands of 13 tubes, and twelve light sockets.   Glass is suspended via adjustable steel cables that run through the tubes and loop around chromium plated hooks with spherical tips.  Compare to other period and contemporary copies with cheaper mechanisms, including plastic hooks inserted into the ends of the tubes that may not be adjusted.

This design, often falsely attributed to Carlo Nason (1936- ) is still produced by Venini in a smaller size, approximately 23.5 in, 60 cm across, with 20 glass tubes.

The artist was the husband to Anna Venini, daughter of Paolo Venini, and father to Laura Diaz De Santillana who designed glass vases for the firm.  In 1960 he became the artistic director of the firm following the death of Paolo Venini.  An accomplished designer himself, he also recruited notable American designers to Venini including Thomas Stearns and Ken Scott.  He is also known for his collaborations with Tobia Scarpa.