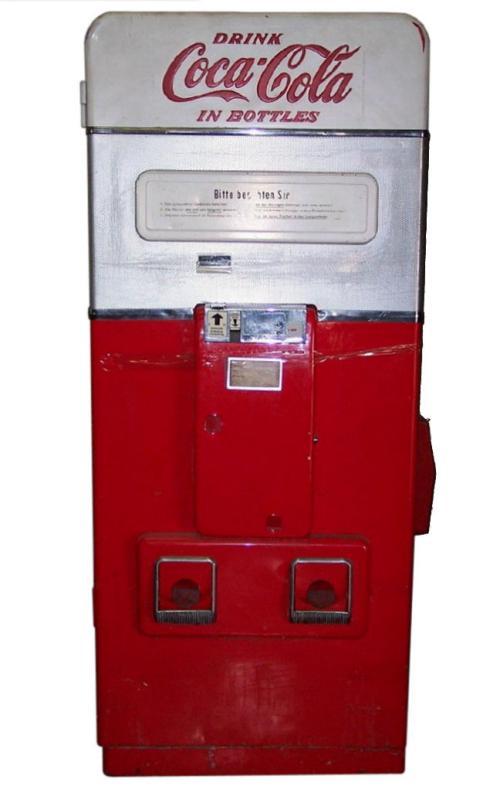 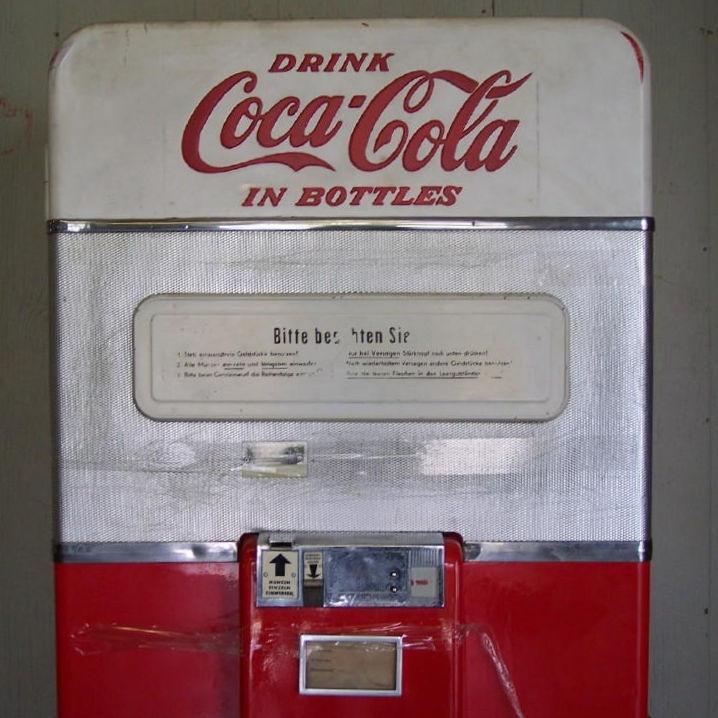 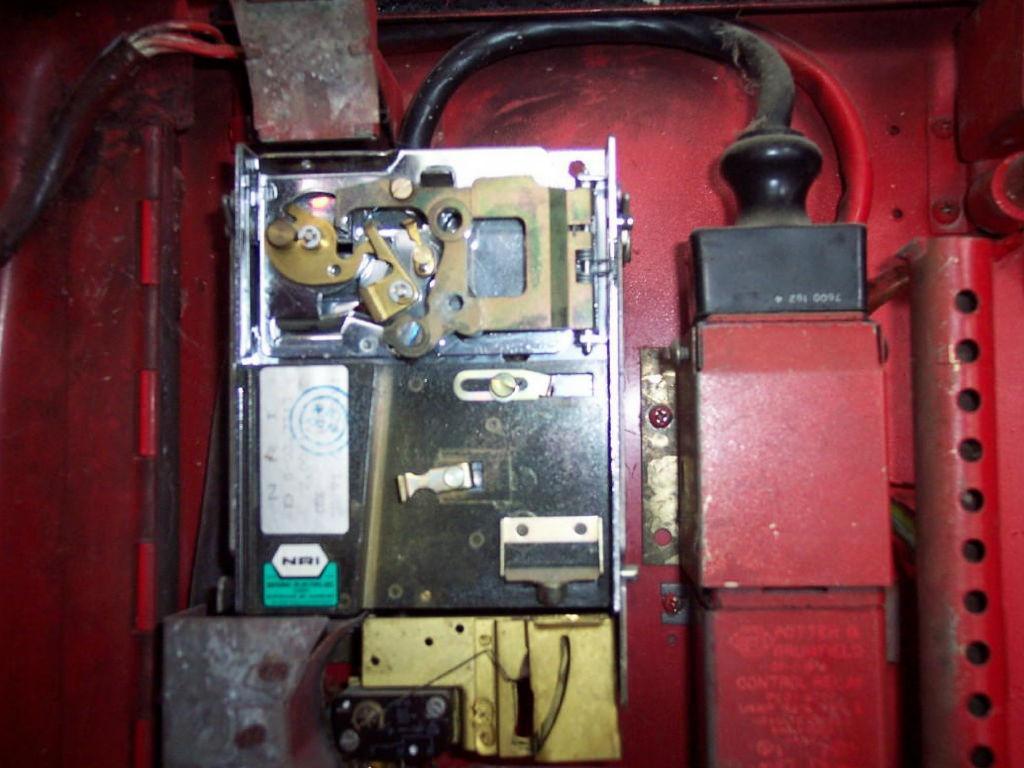 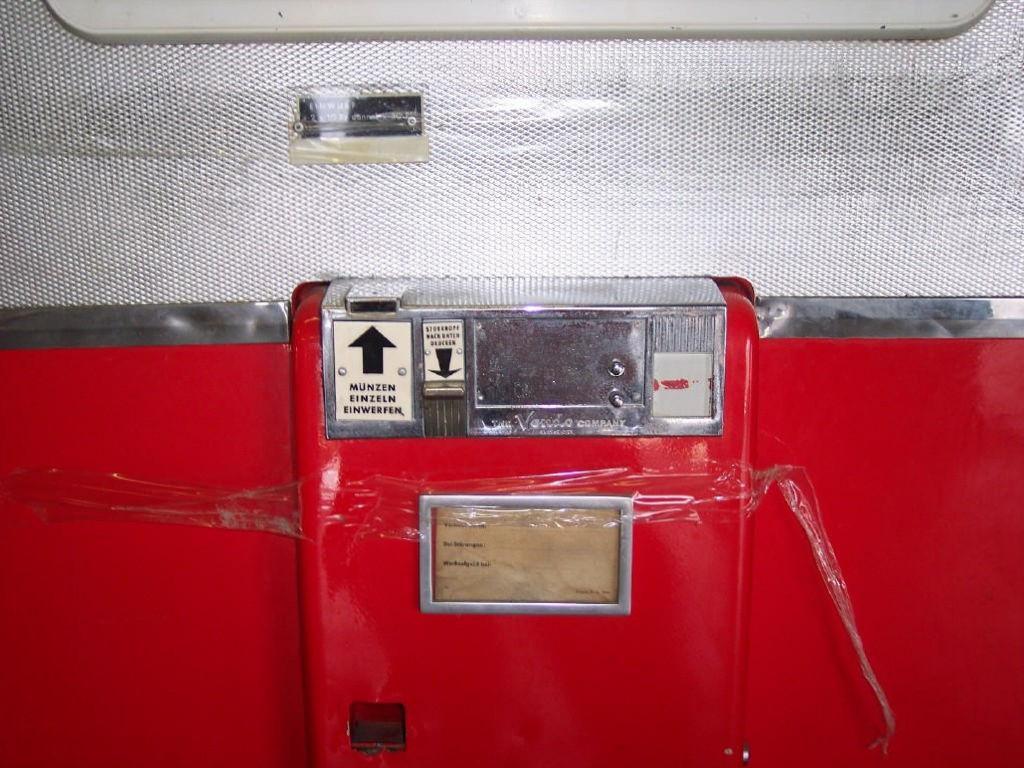 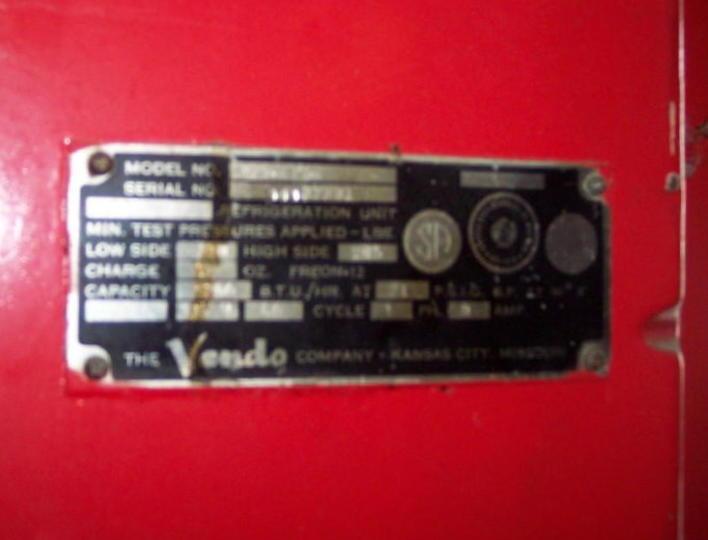 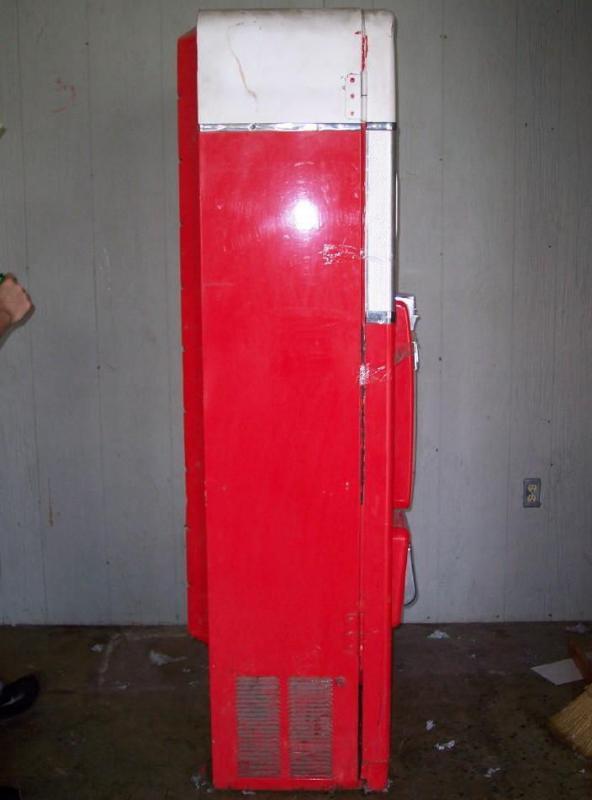 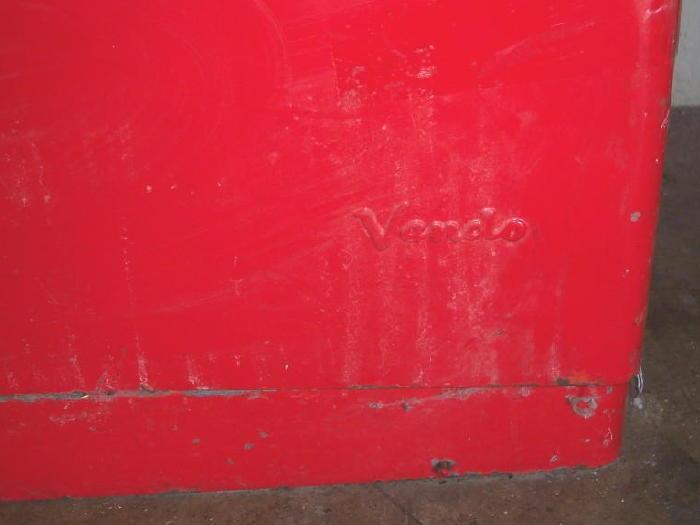 This 216 bottle capacity model was produced from 1952 to 1959, initially in an all-red paint scheme and later with the textured aluminum panel covering portion of the cabinet door as with our unit.  Made in one and two-shute versions, ours has two chutes allowing vending of a second flavor in addition to Coke.