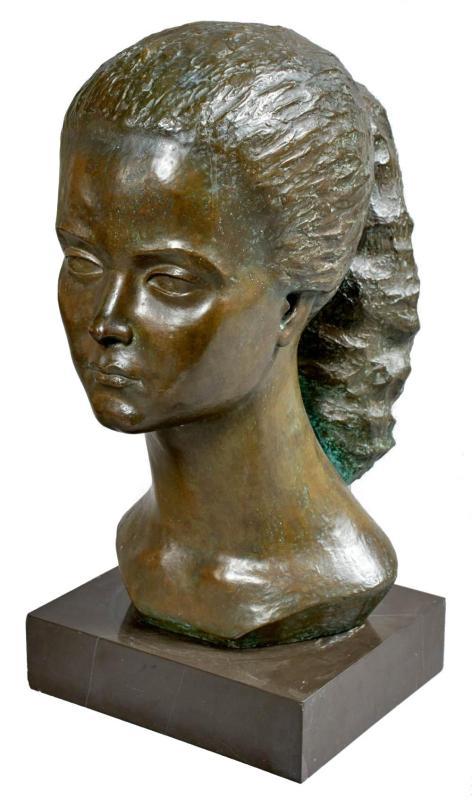 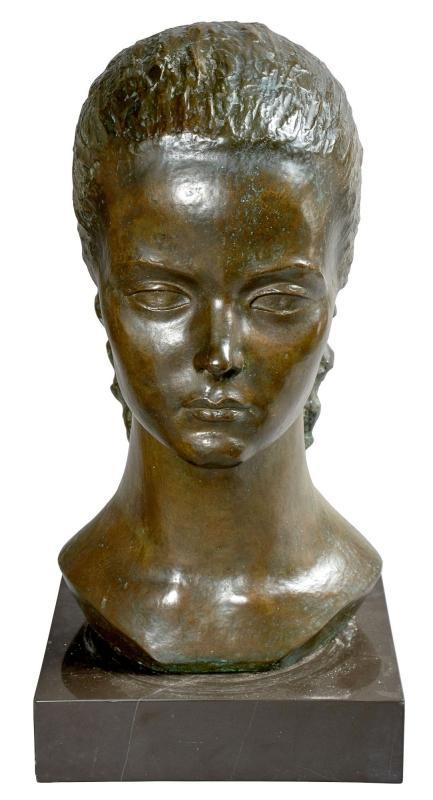 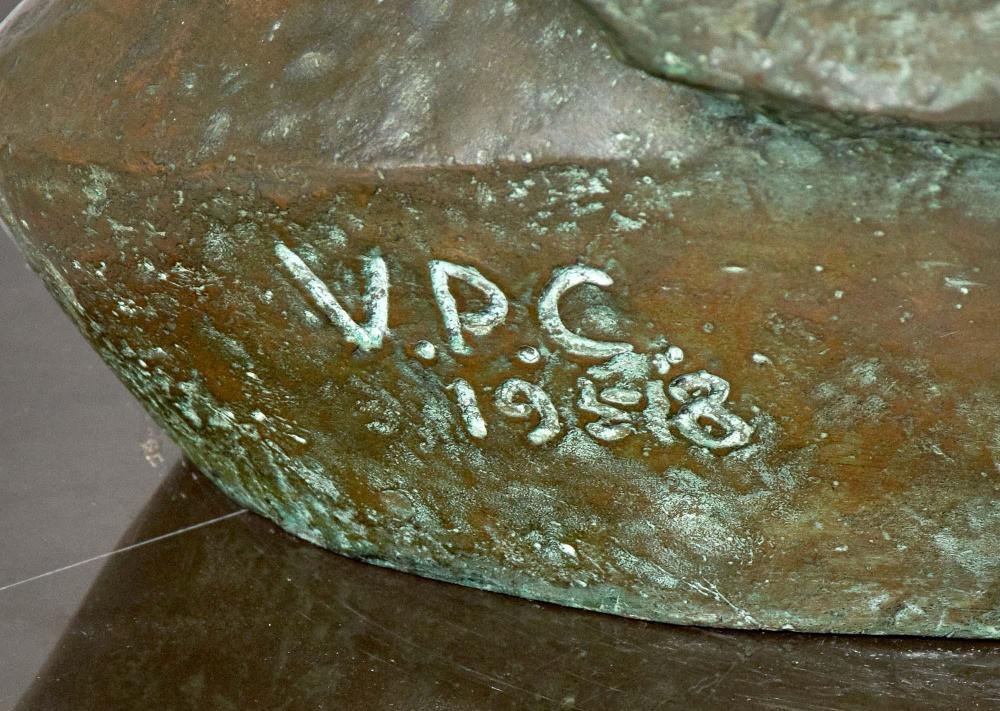 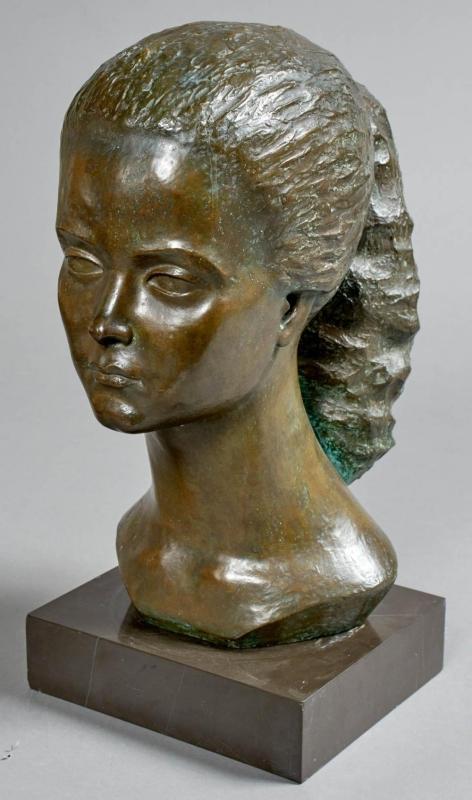 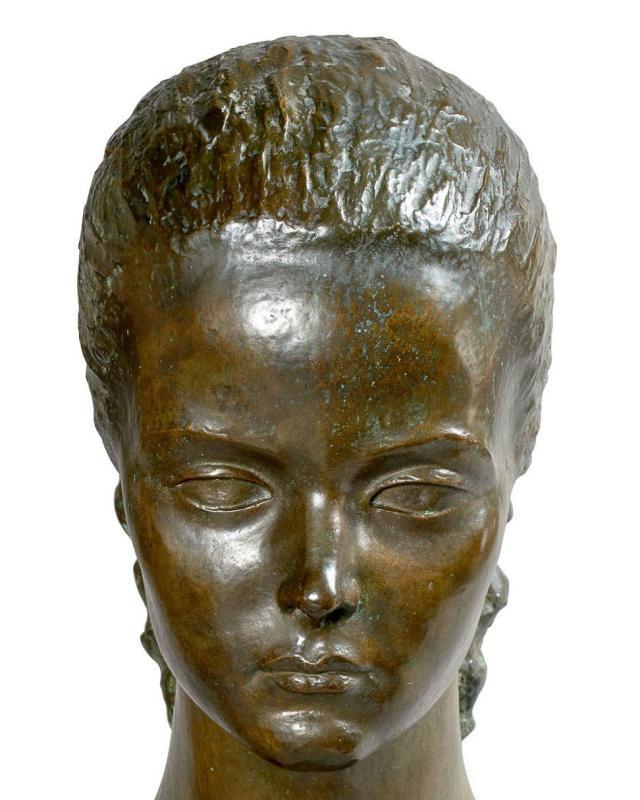 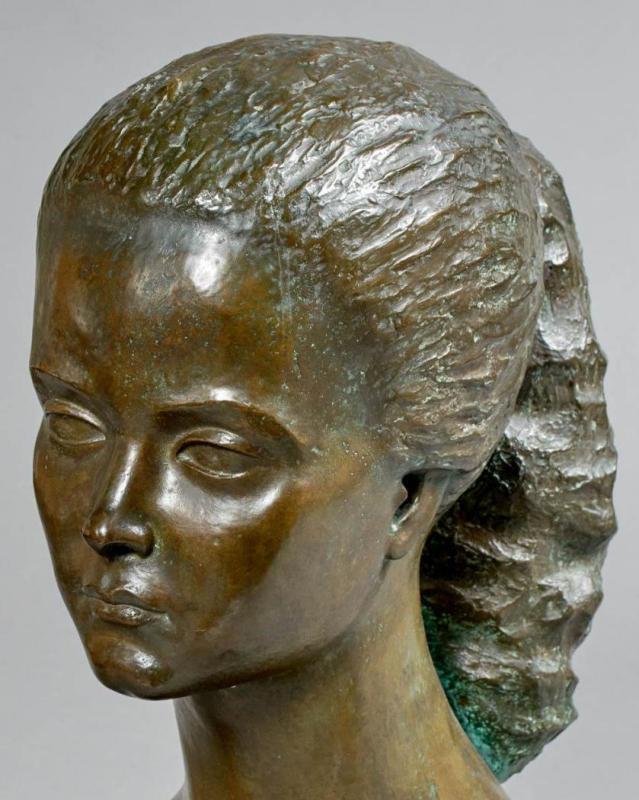 Our lovely bronze bust of a girl is attributed to the Porteugese sculptor, Vasco Pereira da Conceicao (1914-1992).

Although the artist is known for his abstract figurative work, he was a master in the realism style as evidenced by this and other works of the same period. A very expressive realist bust of a young boy, in terracotta, resides in the collection of Museum Sintra.

His figurative artwork followed the style of Henry Moore and became increasingly abstract. He won several medals at the SNBA salons in Lisbon, including the Soares dos Reis Prize in 1955.

Vasco da Conceição was also a teacher of design. He was married to the sculptor, Maria Barreira. Both donated their works to the city of Bombarral and now reside in the collection of Museu Municipal do Bombarral. His works can be found in numerous museums, including the Lisbon Contemporary Art Museum, Calouste Gulbenkian Foundation, Malhoa Museum of Caldas da Rainha, Amarante City Museum, and Museum of Neo-Realism.