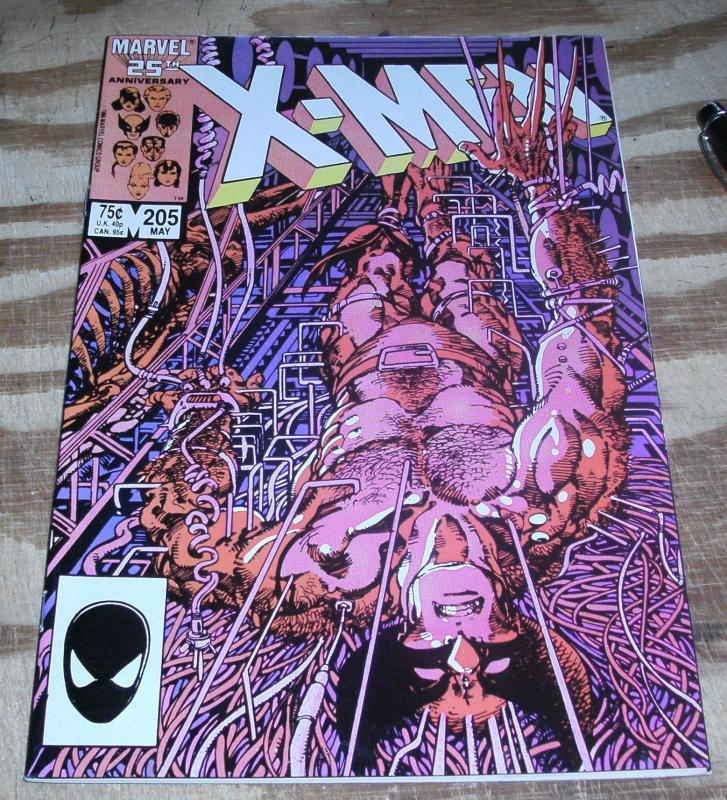 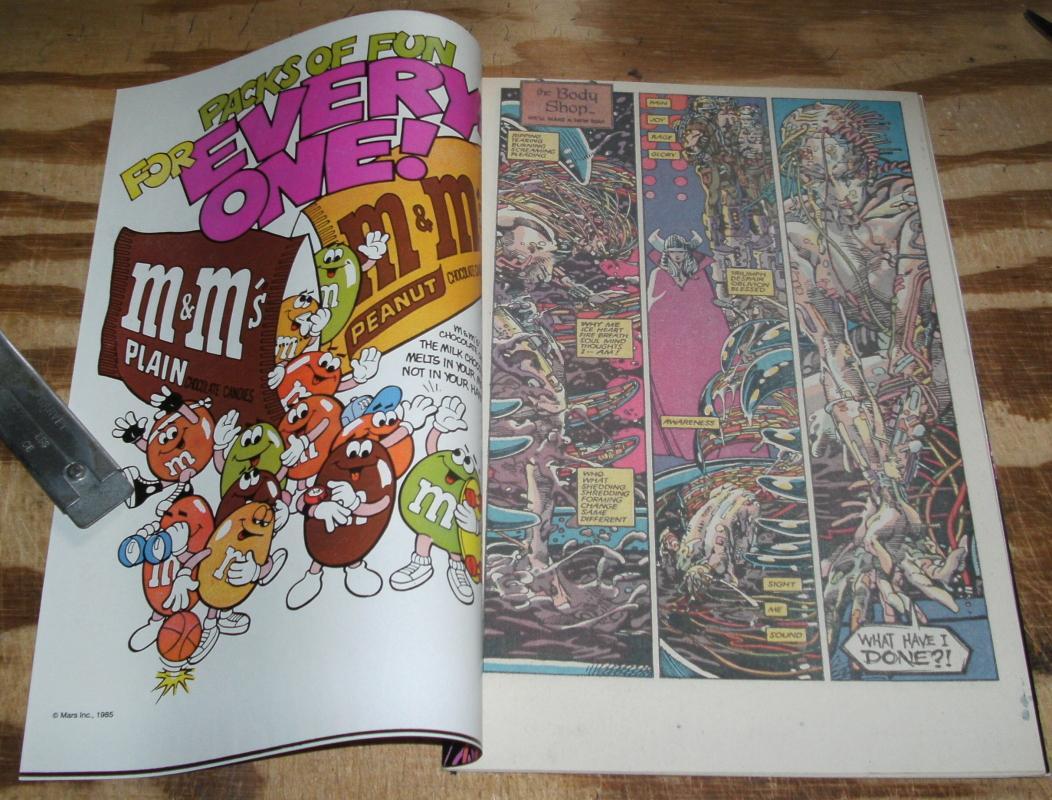 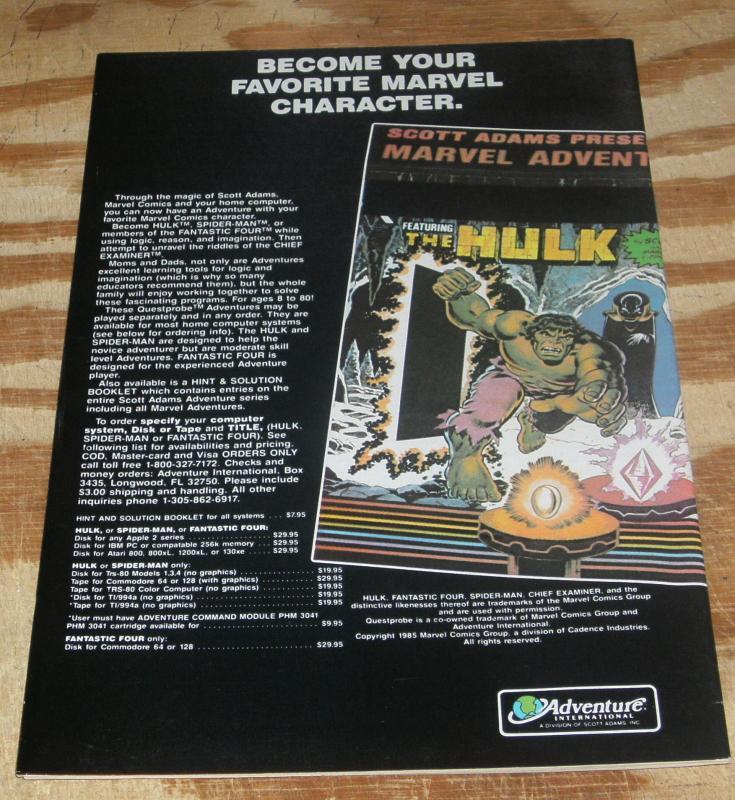 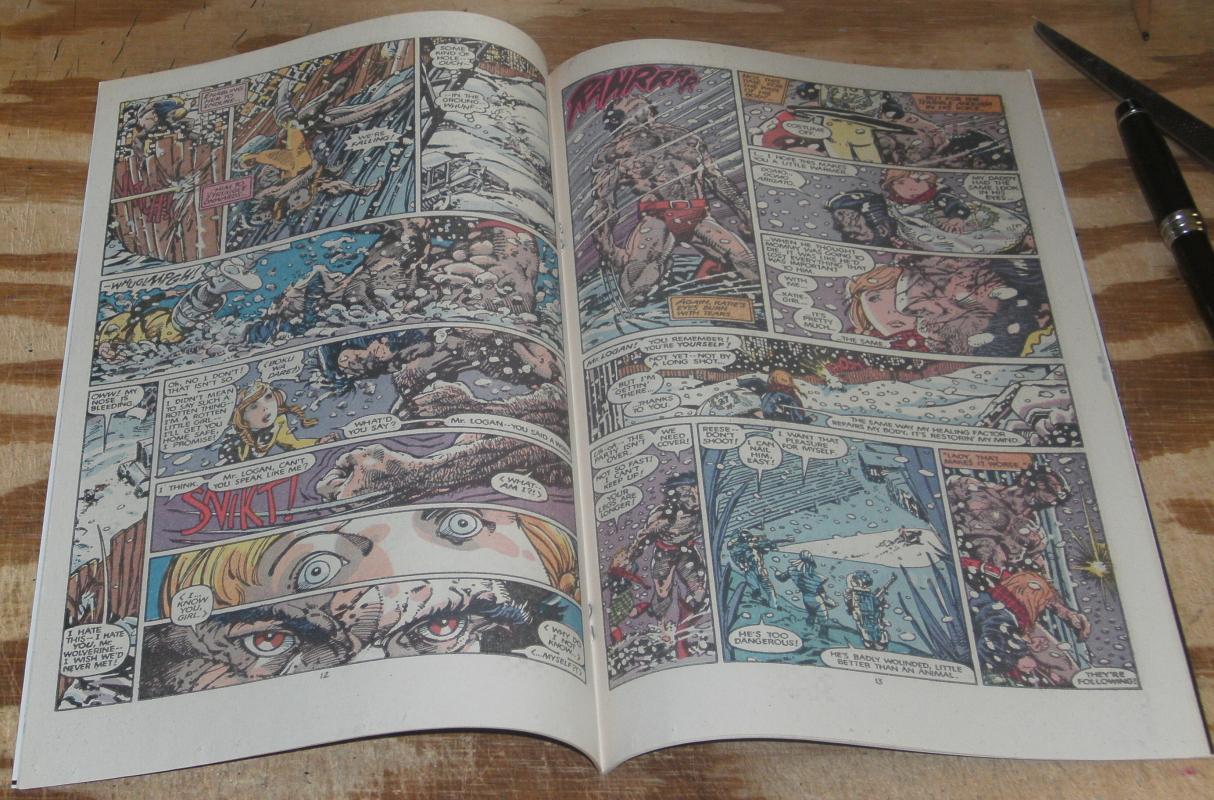 Lady Deathstrike pays Spiral for turning her three former Hellfire Club guards into cyborgs at her Body Shop. They want to kill Wolverine and then have the process reversed. During a snowstorm they attack Logan by surprise, who barely escapes and is injured so much that he forgets who is. Barely more than a wounded animal, he runs into Power Pack’s energizer. The little girl recognizes him and though she is somewhat scared, helps him survive in the snowstorm and keep him ahead of his attackers long enough for his healing factor to kick in. Wolverine then remembers himself and hides the girl in a safe location, while he takes out the cyborgs one by one, until it is only him against Deathstrike. In the battle Logan gets into a berzerker rage and takes the cyborg apart. Shocked by seeing the implants and cables he snaps back to his senses. Deathstrike says the transformation was necessary to become like him, yet Logan states the difference is that he had the Adamantium bonded to him against his will, yet she asked to be changed and threw away her humanity for it. Deathstrike begs Logan to show mercy and kill him, but he says that mercy needs to be earned before he leaves to take little Katie home.