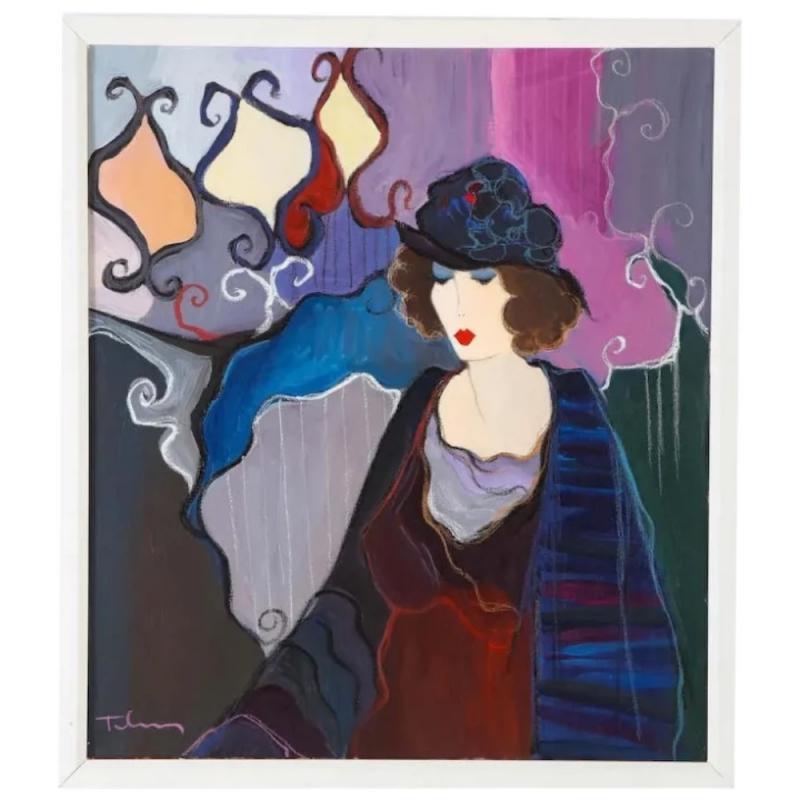 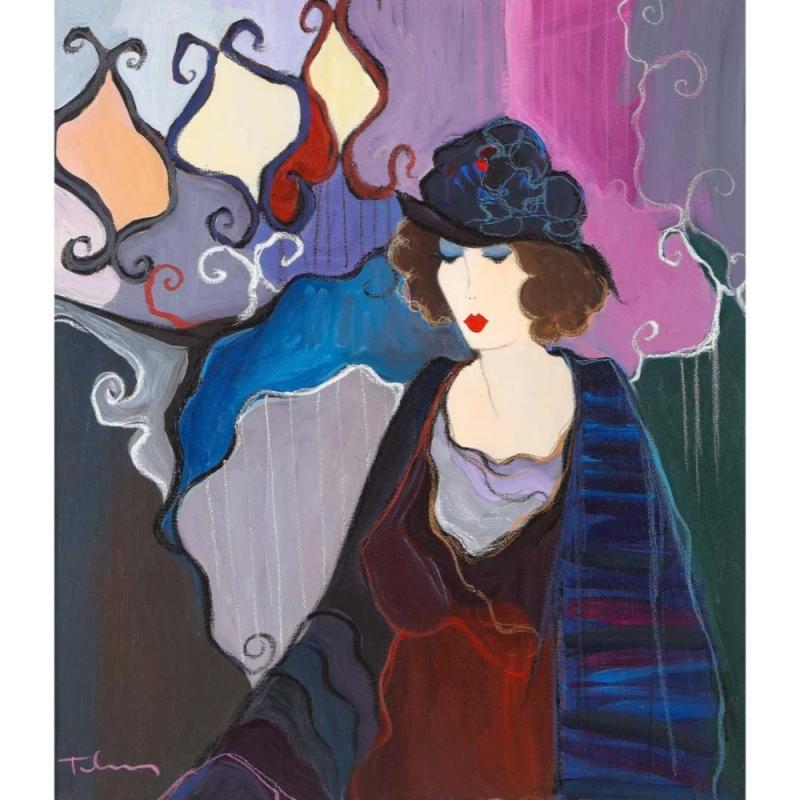 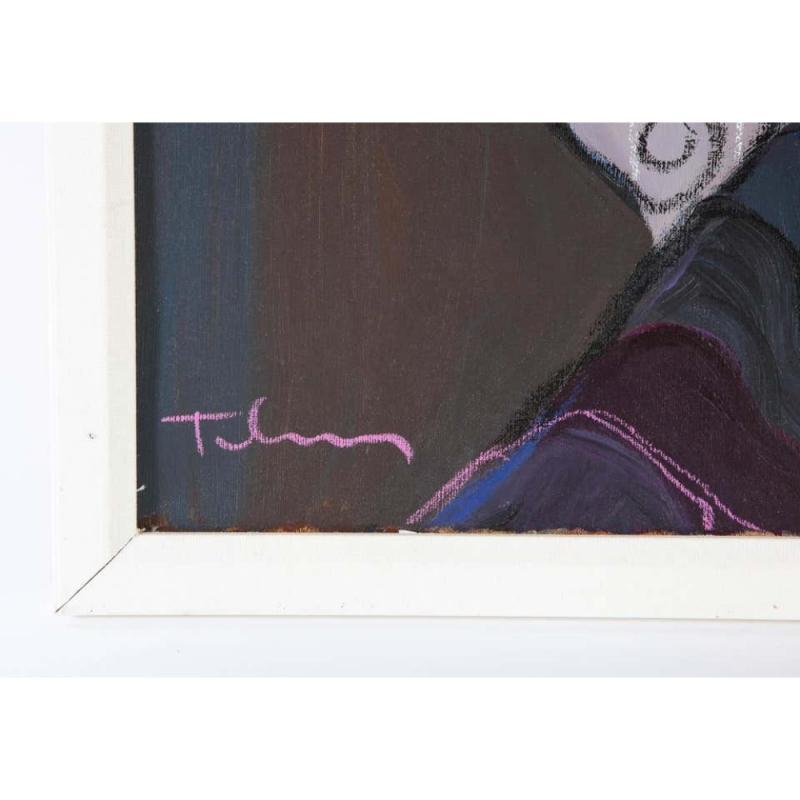 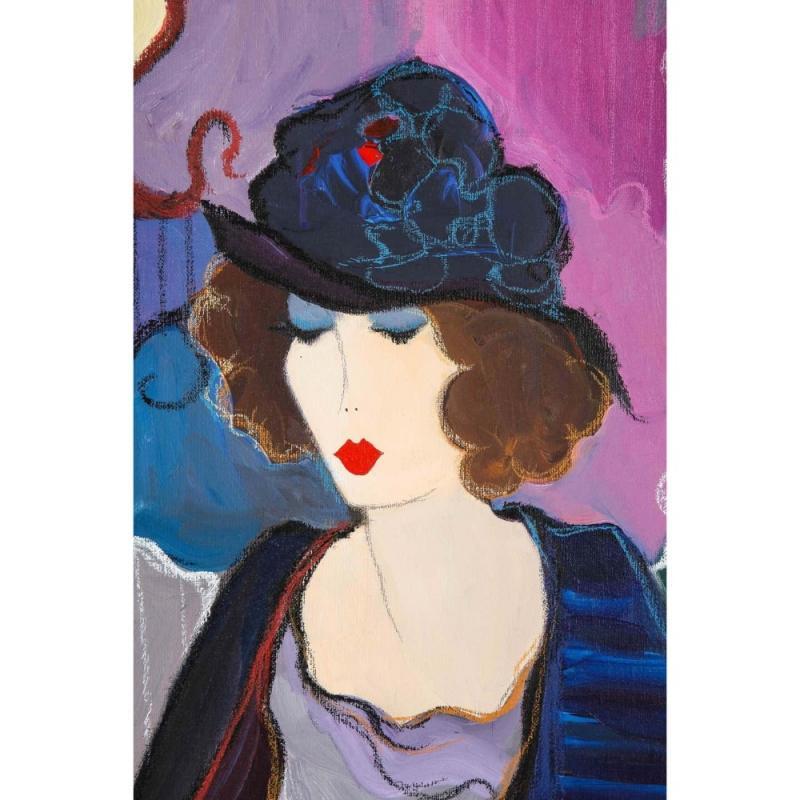 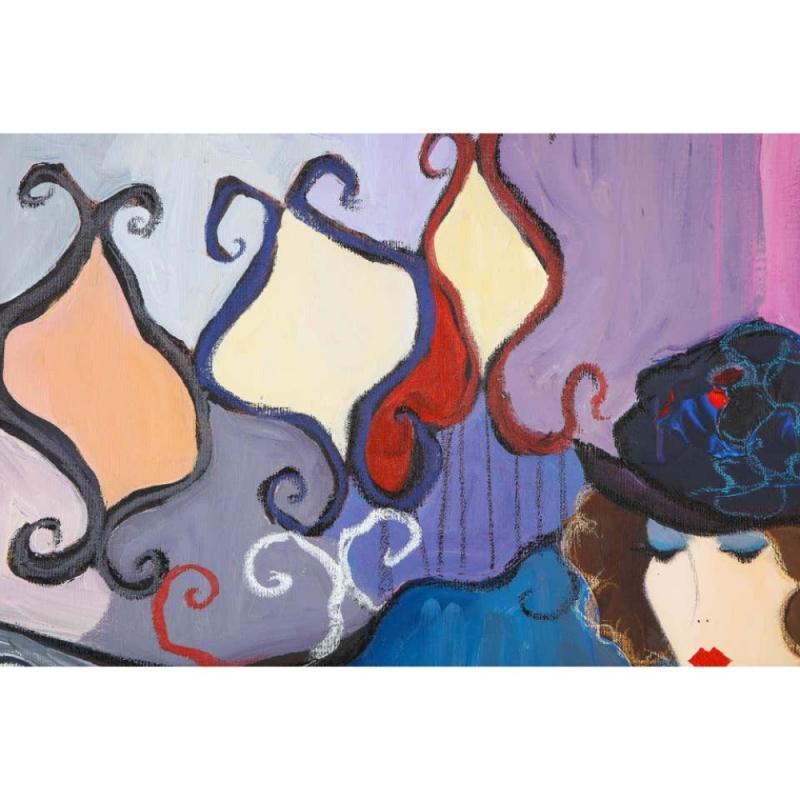 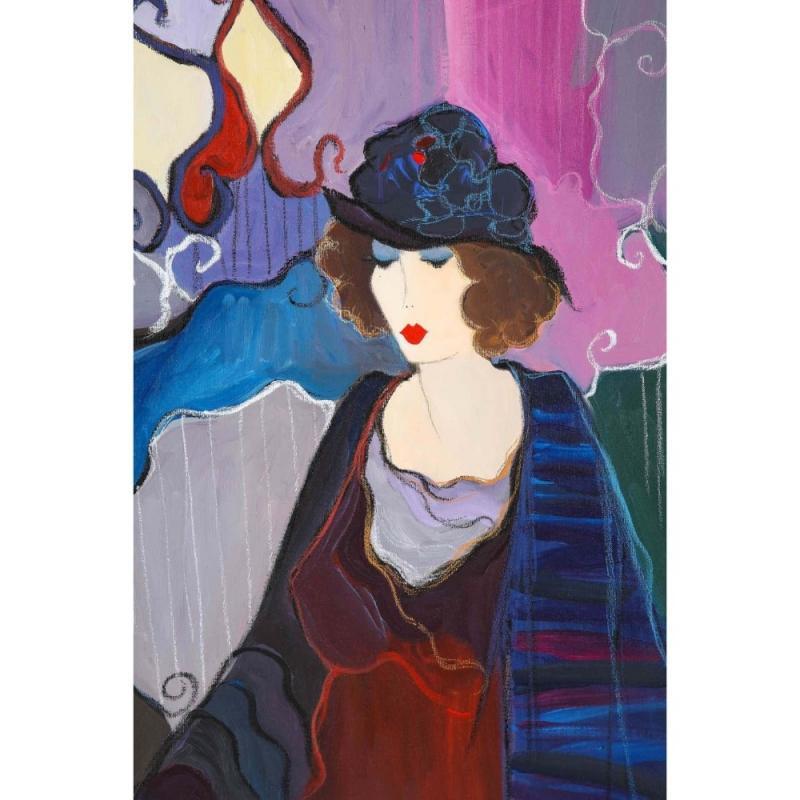 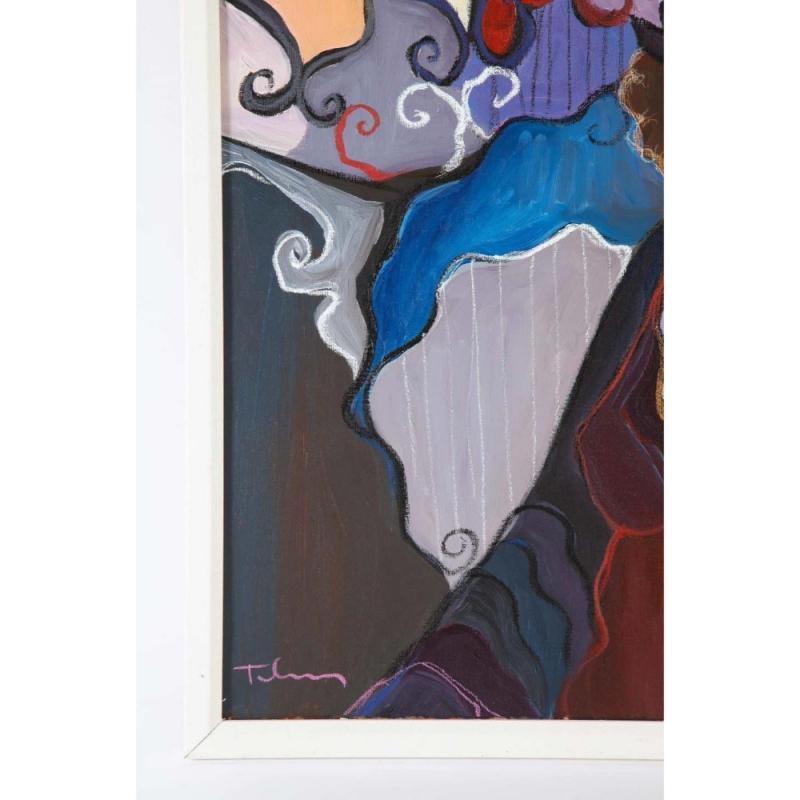 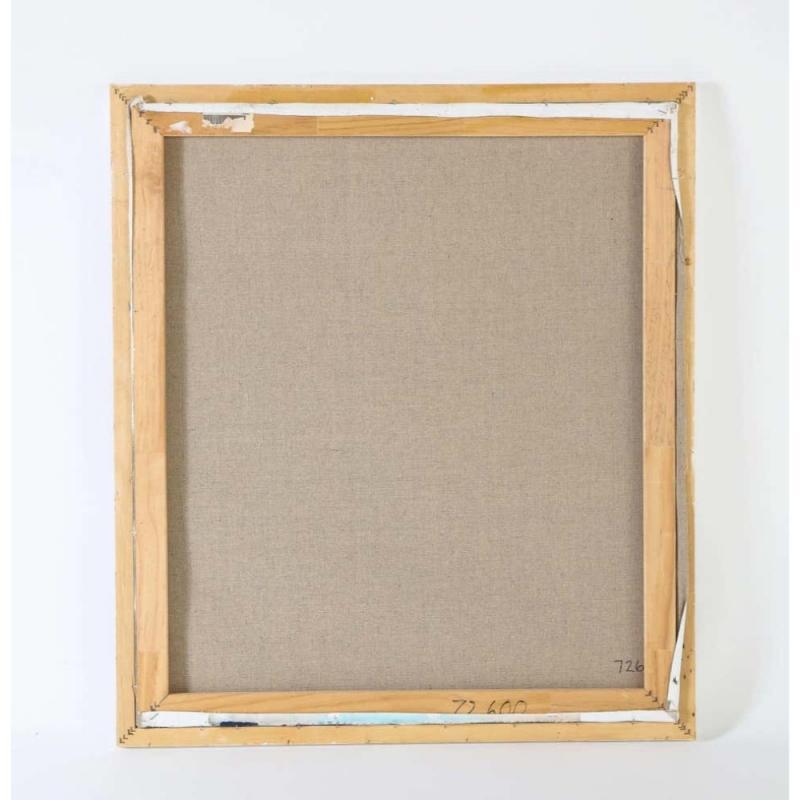 Itzchak Tarkay (Israel, 1935-2012) "Peaceful Afternoon / Woman in Blue" Oil on Canvas Painting, Very beautiful and vibrant painting. Canvas size: 32" x 27" Itzchak Tarkay immigrated with his family from Subotica, in what is now known as Serbia, to Israel in 1949. By the time he was 16 he was attending the Bezalel Academy of Art, and he later completed studies at Avni Institute of Art and Design. Tarkay had a powerful presence in the 21st century art world, and his notable Impressionist style was displayed using a variance of mediums including oils, acrylics, and watercolors. Tarkay's art is influenced by French Impressionism, and Post-Impressionism, particularly Matisse and Toulouse-Lautrec. His work was exhibited at the International Art Expo in New York City in 1986 and 1987. He has been the subject of three books, published by Dr. Israel Perry. Perry Art Gallery And Park West Gallery, his dealer. His art is focussed on almost dream images of elegant women in classical scenes which draw you into an imaginary world. Few realize that Tarkay's early works were done by him personally to completion, but his later works were drawn by him and then colored in by helping artists on staff. This increased production, but that additional inventory reduced value of his total body of work. Today, the most important works by Tarkay are those that were done by his hand without assistance from others. Few dealers recognize this and many of Tarkay's pieces are not sorted out to distinguish his works from the works done by helper assistants to Tarkay. The value of "original" Tarkay works should increase in value, as Tarkay collectors begin to recognize the limited number of original works he made as opposed to the greater production which came later in Tarkay's career! Itzchak Tarkay's paintings showcase modish clothing on sophisticated-looking women. Artist Itzchak Tarkay was also a talented graphic artist, creating bright, multi-layer serigraphs of the classic feminine form and selecting his colors based on how he felt in the moment. Itzchak Tarkay’s artwork has been featured in more than 50 exhibitions worldwide since his first exhibition when he was 26.