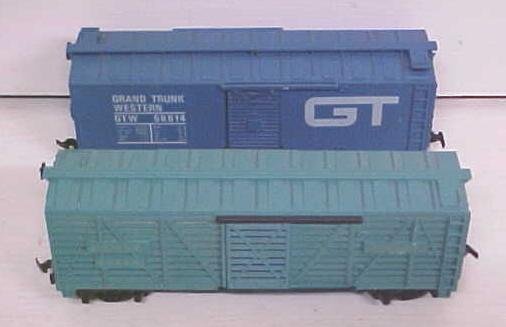 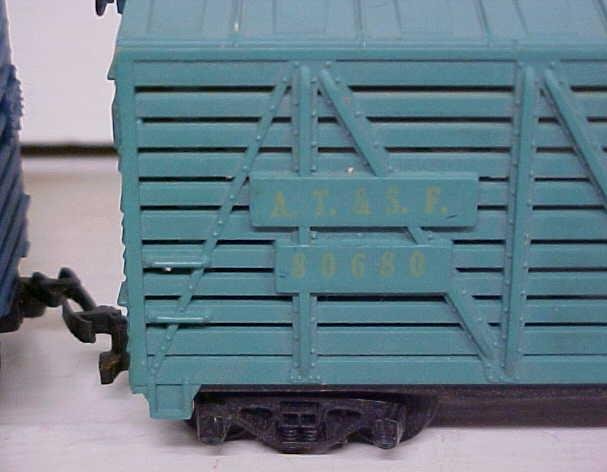 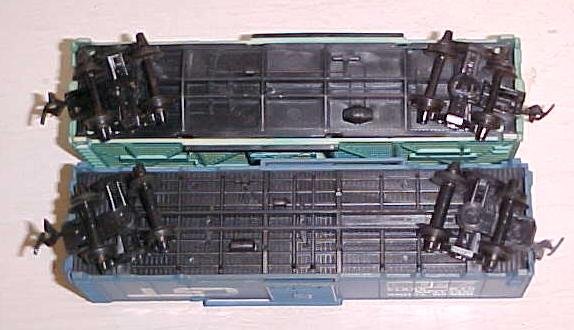 This is a group of two different HO scale train box cars, one marked "GRAND TRUNK WESTERN GTW 58614 GT" on both sides of the blue box car, the other "A.T. & S.F. 80680 SANTA FE". The Santa Fe car is marked "TYCO" on the bottom, and the GT is marked "LIONEL". Both of these cars have the sliding door feature on both sides, and they do open and close just fine. Both are in good++ used condition, no damage, very minor wear, some light dust in hard to get places, and a few tiny specks of color missing on both, as seen in the pictures. Both have good wheels, axles, and connectors. Both are 6.0" long overall. These two box cars are both vintage advertising cars from the 1970's era, sold as shown in the pictures with no original boxes. The price is for both.