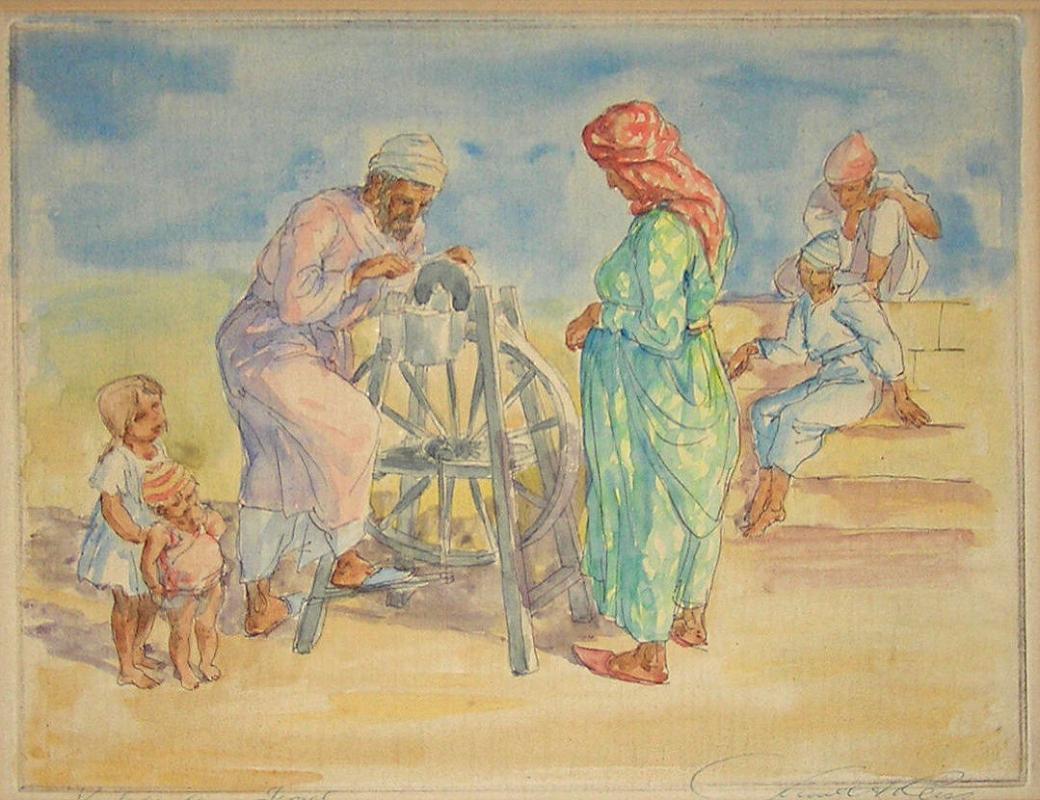 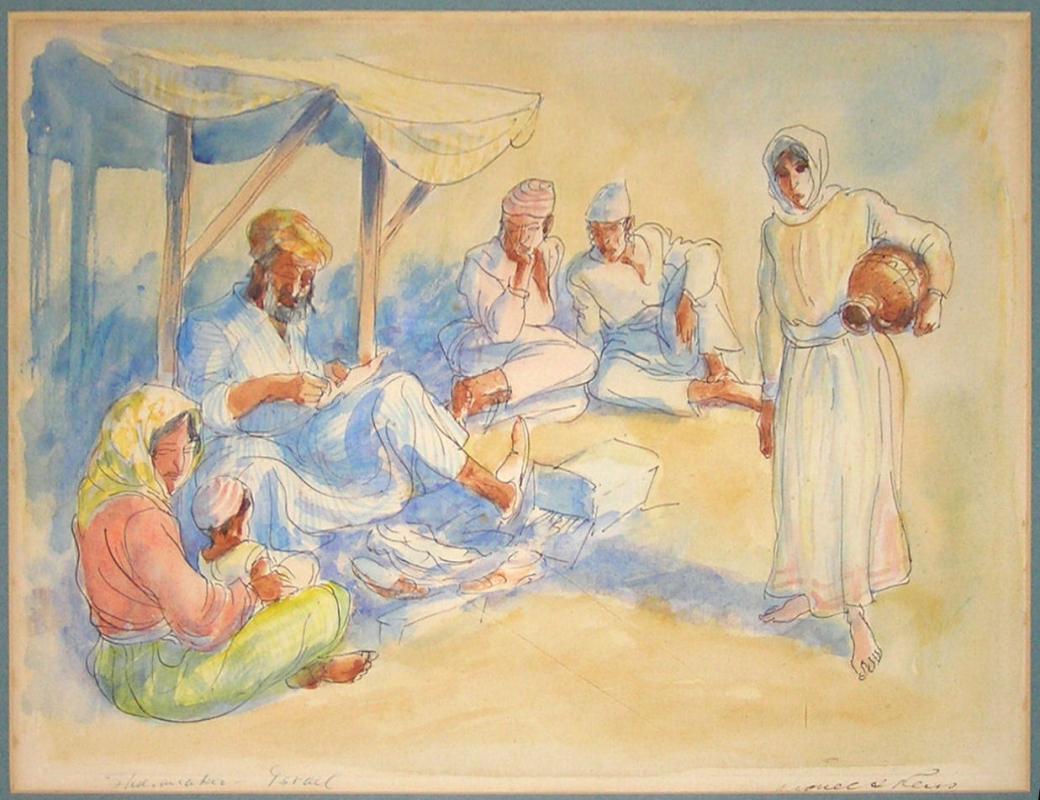 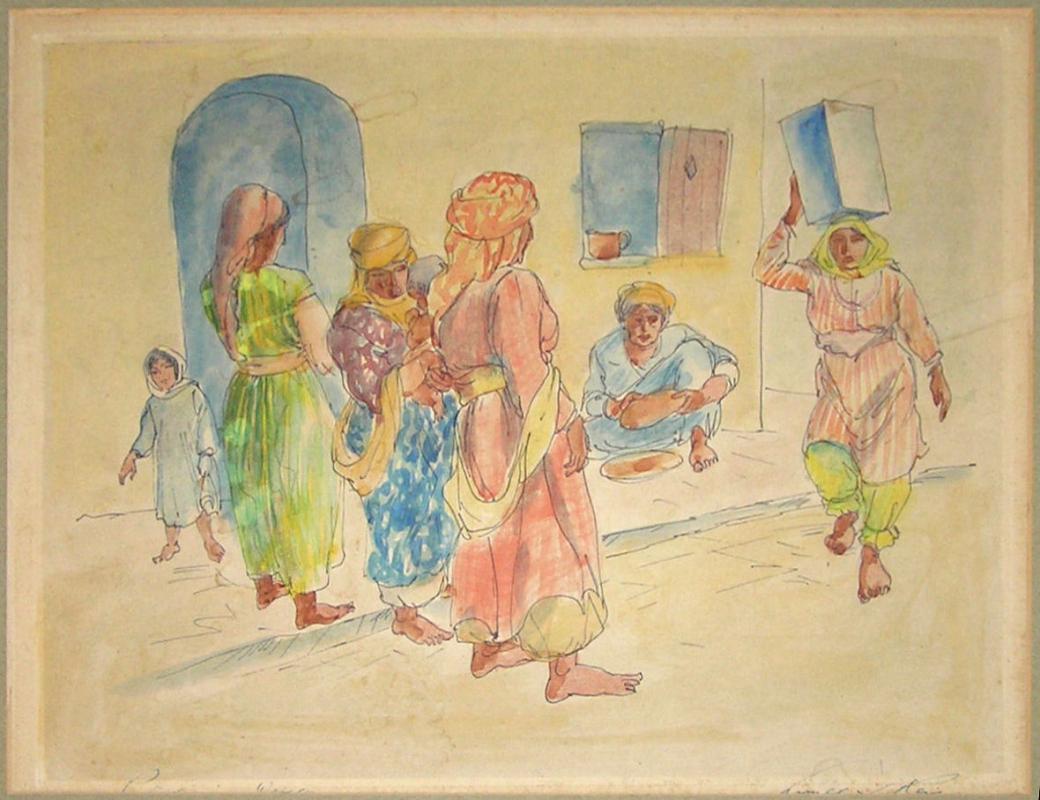 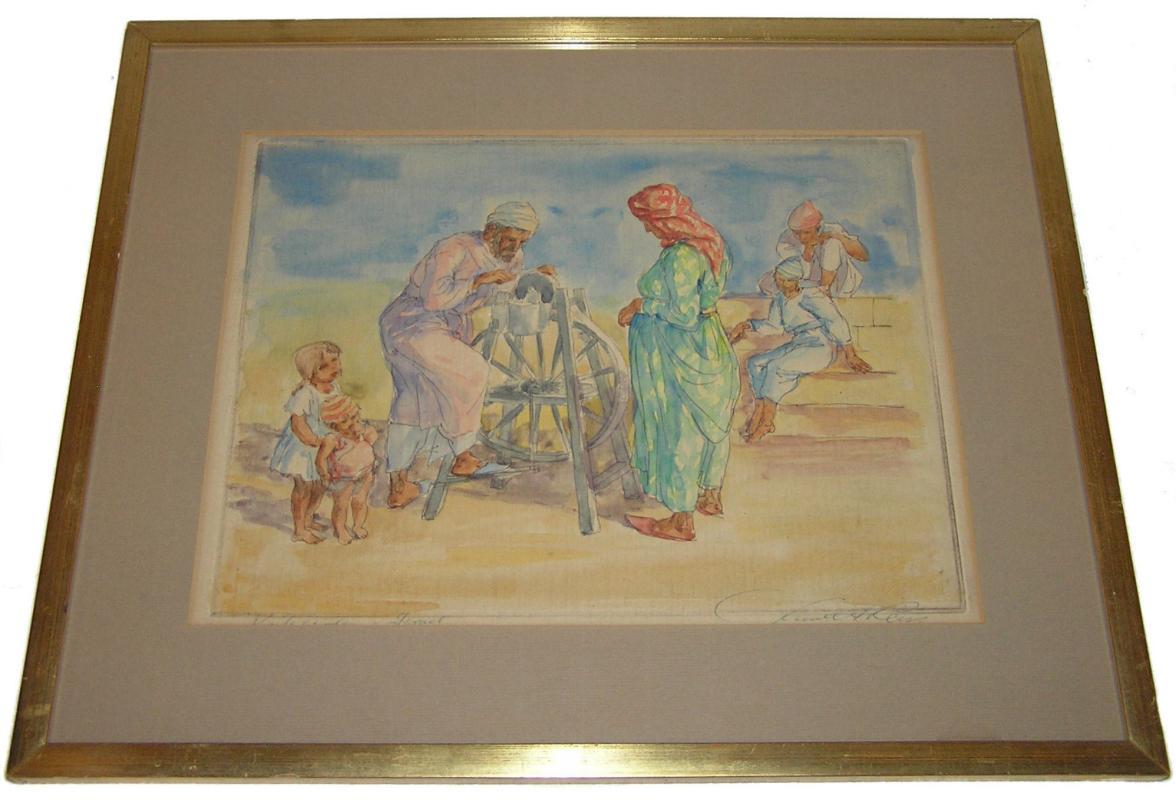 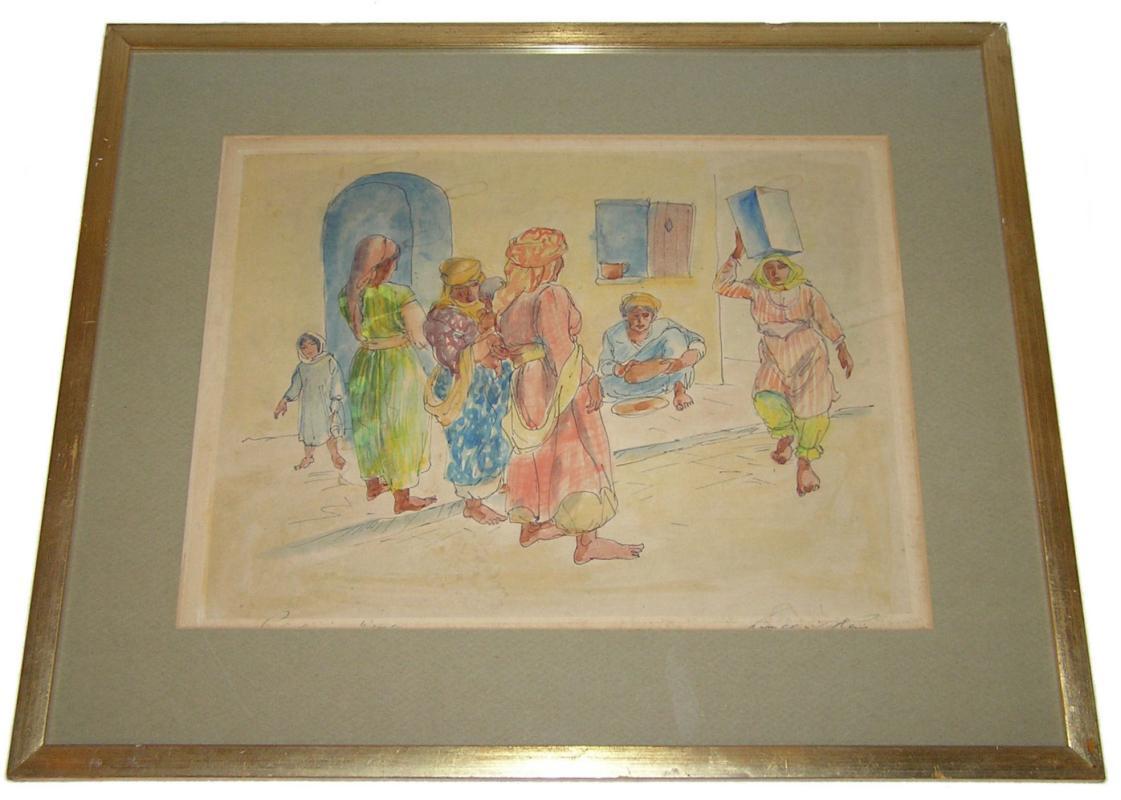 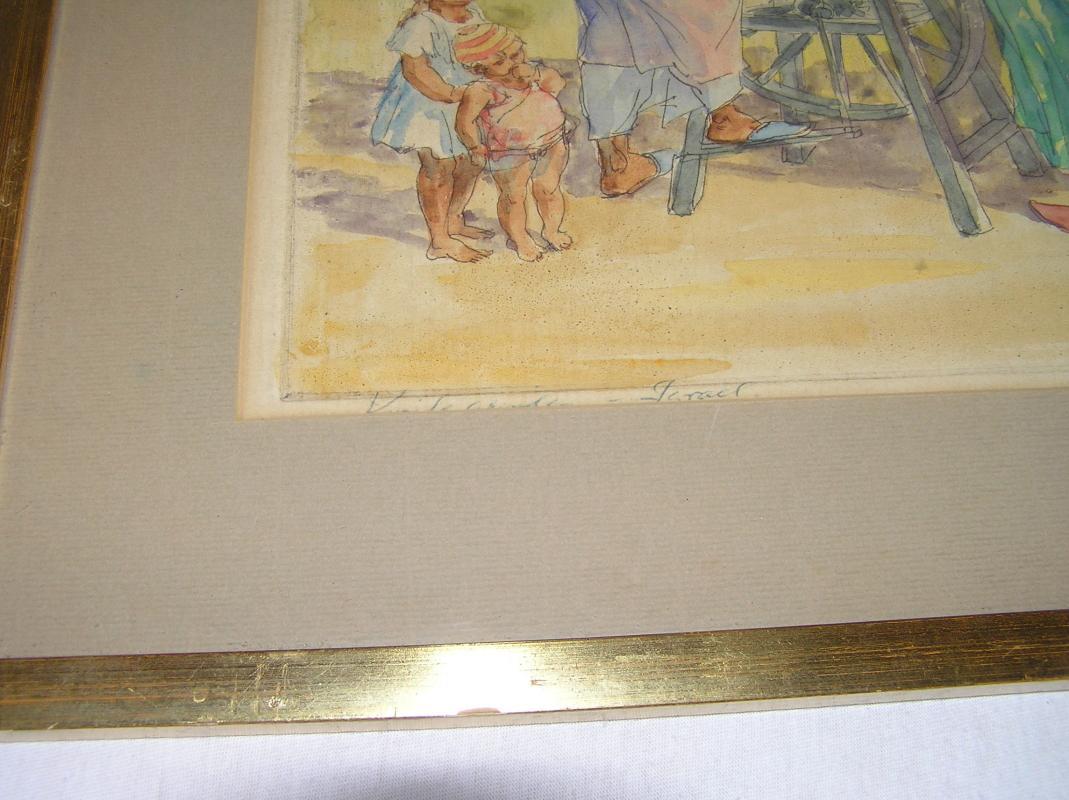 Included here are three framed, prints (believed to be lithographs) embellished with watercolor, depicting Jewish village or kibbutz life in the early/mid twentieth century by Lionel Reiss, the Polish-born American painter.  Plates each measures approximately 10 by 13 inches.  Each titled in lower left and signed in lower right.  Depicted are a shoemaker, a gentleman sharpening a blade, and women gathered on the street. Newly framed circa 2000. Additional images forwarded upon request.

Reiss studied at the Art Students League in New York and enjoyed a successful career as a commercial artist for publishing and film.  He as Art director for Paramount Studios and the creator of the famous MGM lion logo. In 1930, Reiss made a decision to leave New York to travel to Europe, North Africa, and the Near East, accumulating material for art with Jewish subject matter as depicted in this collection.  In 1938 he published a limited edition folio entitiled My Models Were Jews that included Jewish genre scenes in various settings, including Venice, Prague and elsewhere. He published and illustrated New Lights and Old Shadows in 1954 and A World at Twilight, each featuring text by I.B. Singer. Reiss' artwork has been exhibited at the Whitney Museum in New York, the Art Institute of Chicago and the Carnegie Institute.  His works can be found in the permanent collections of the Jewish Theological Seminary, the Smithsonian Institution and the Tel Aviv Museum, among others.