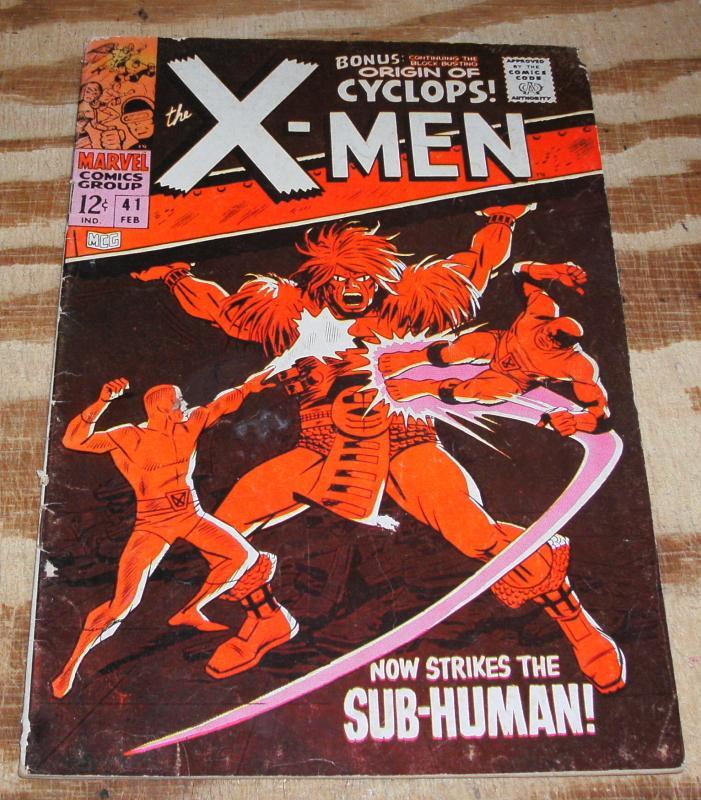 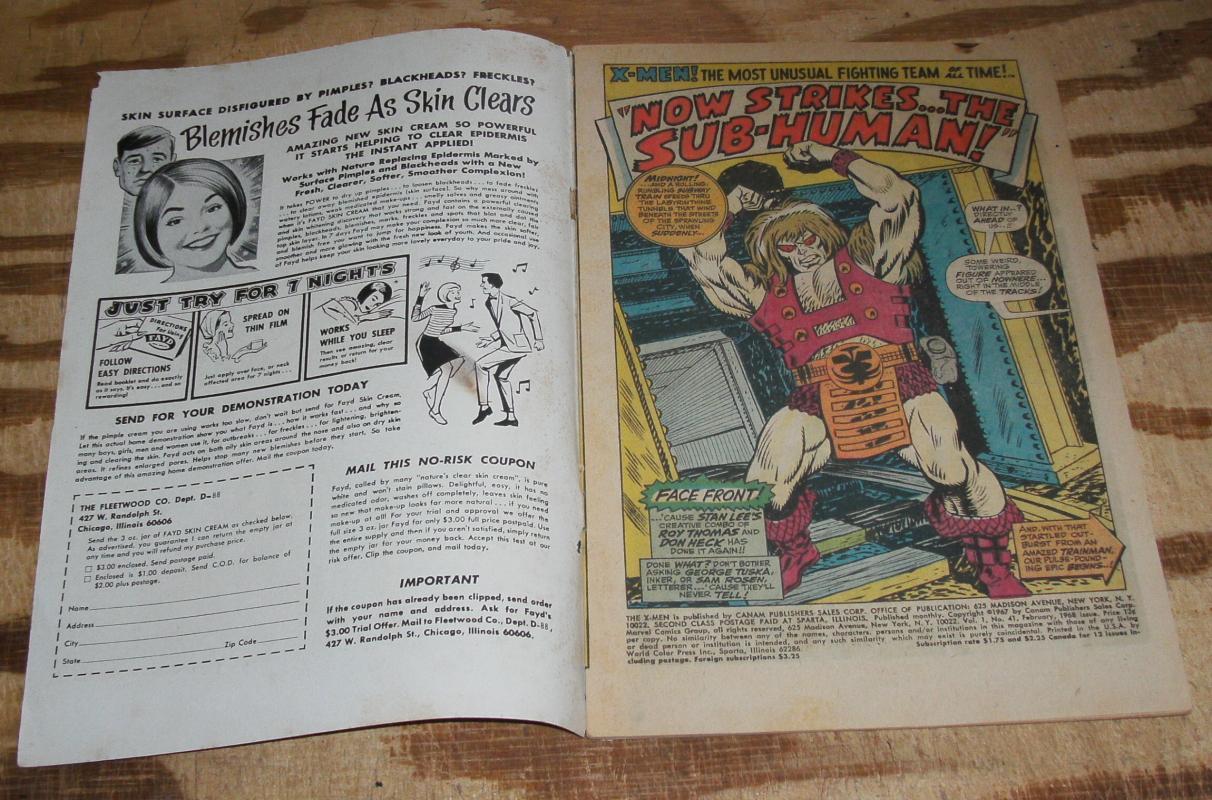 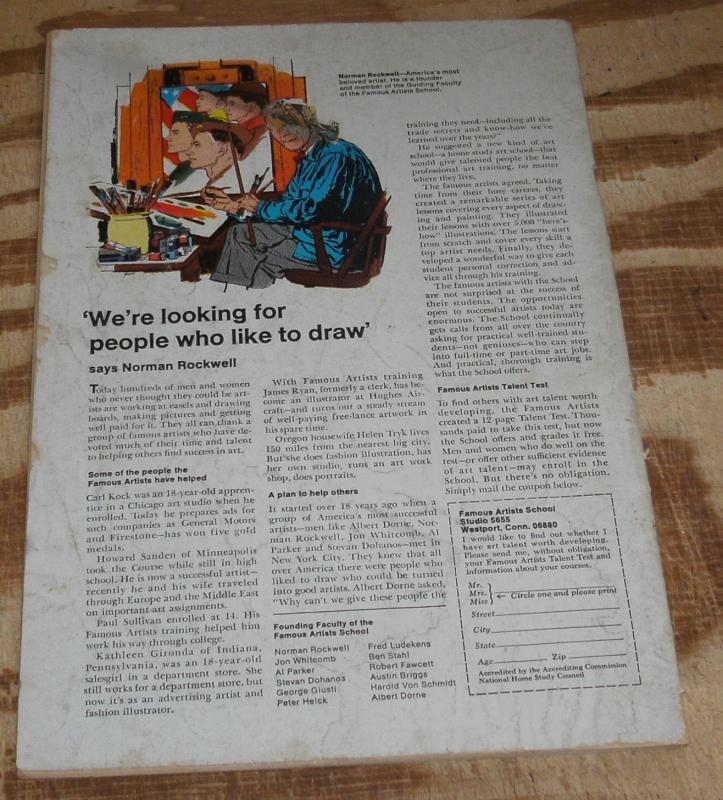 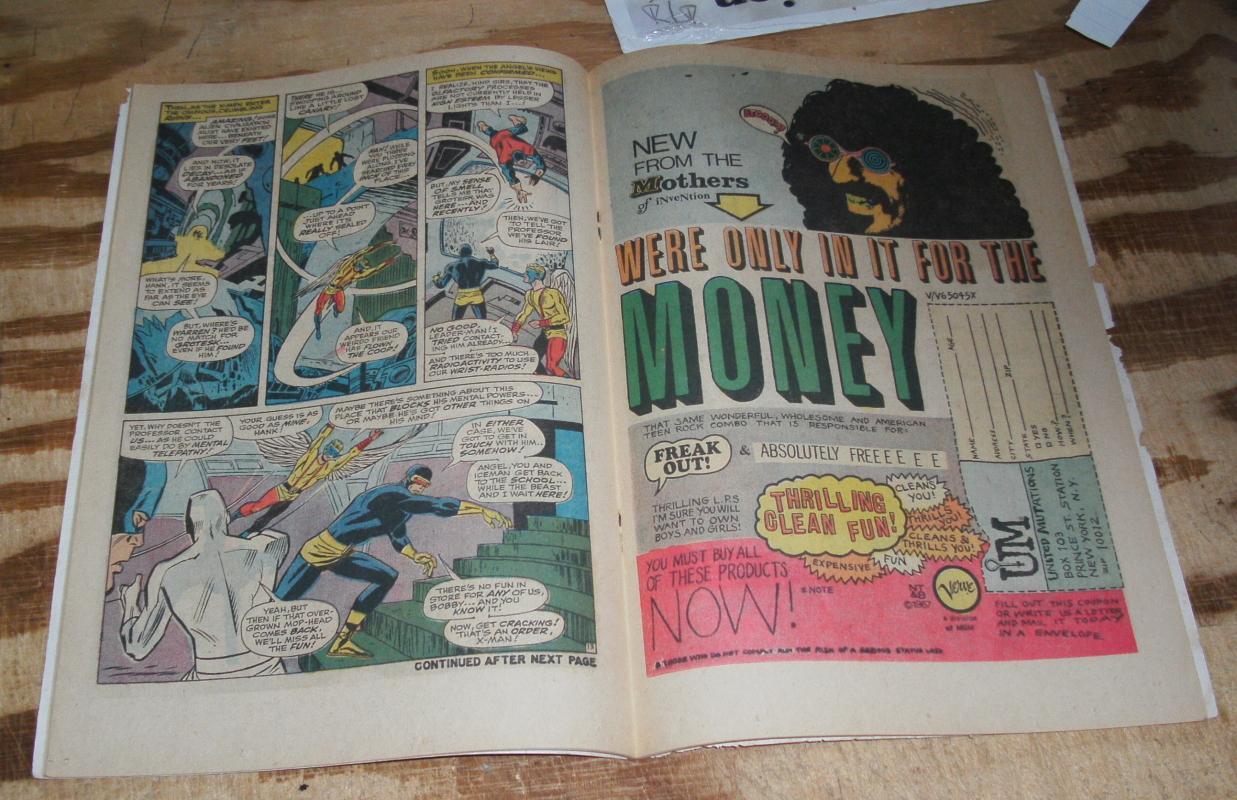 1st Appearance "GROTESK" (Gor-Tok)
A sub-human creature has attacked a New York City subway train, which coincidentally happens to have Bobby Drake and Hank McCoy on board on yet another date with Zelda and Vera. Sneaking away from their dates and changing into their Iceman and Beast guises, the two X-Men attack the creature, who takes up the name "Grotesk" based on Beast's assessment of the creatures appearance. After a brief battle, Grotesk gets tired of the fight and seals the tunnel which he emerged from, warning the two mutants to beware of him in the future. When Beast and Iceman attempt to follow after the creature, they find that the passageway is sealed tight. Returning to their civilian guises and their dates, Bobby and Hank cut things short so that they can report what they encountered to the Professor.
Meanwhile, Grotesk returns to the caverns below New York City and thinks back to the events that led to his hatred of the human race. He recounts how he was a member of a subterranean race of people ruled by King Krono, whose daughter, Princess Ingar, was the love of Grotesk, who back then was simply Prince Gor-Tok. Their warrior race would rule below for a time until humanities atomic tests would cause volcanic eruptions underground that would wipe out everyone except for Gor-Tok, who mutated into the creature he is today by the lingering radiation. Blaming the surface dwellers for his plight, Gor-Tok decided to get revenge against the surface dwellers by destroying them.
Back at the X-Mansion, the Professor is running Cyclops, Angel and Marvel Girl into a series of tests and is pushes the team hard when they mess up their tests. When Bobby and Hank arrive to tell what's happened but are scolded and deducted two demerits and disallowed to go into the city for a week. Before they can say anything more, the Professor leaves for his study, asking Jean to join him. In private, the Professor and Jean discuss the fact that the X-Men must learn to fight as a tighter team.
As the Professor reads Hank and Bobby's thoughts and learns about Grotesk, he tells his students to go and face this new threat to the Earth. Meanwhile, a series of tremors begin to threaten to destroy the Earth, gaining the attention of leading scientists including Professor Hunt, who learns the truth and tries to warn his colleagues of the danger. The tremors are also felt by Grotesk, who is unaware that one of his own dead civilizations own devices is the source of this disturbance. Blaming it on the surface dwellers, Grotesk begins to ascend to the surface world and face the threat, unaware that the Cyclops and Beast are right now traveling into his tunnels to face him as well. Blasting their way through Grotesk's tunnel, the X-Men find his city deserted. When Angel and Iceman demand to know why they and Marvel Girl were not allowed to accompany Cyclops and Beast, Marvel Girl refuses to provide them answers.