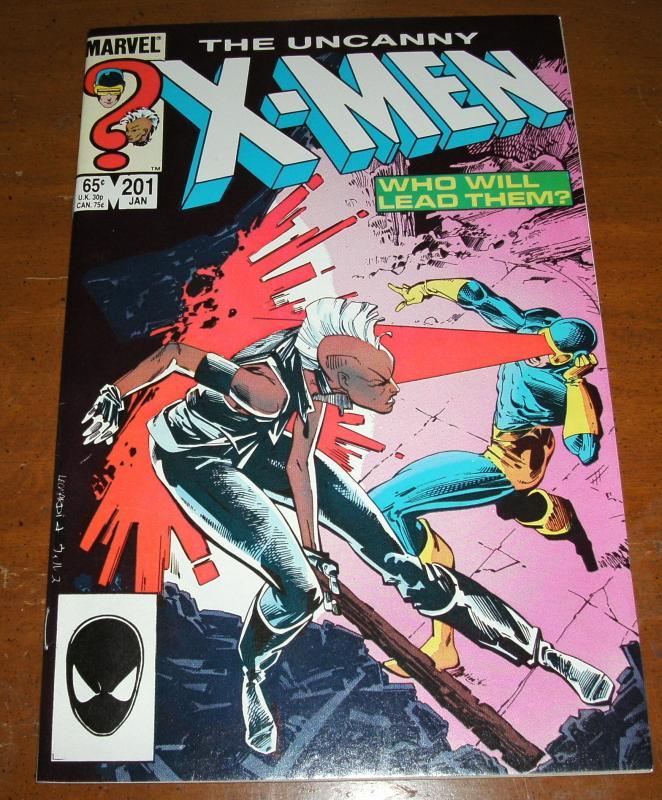 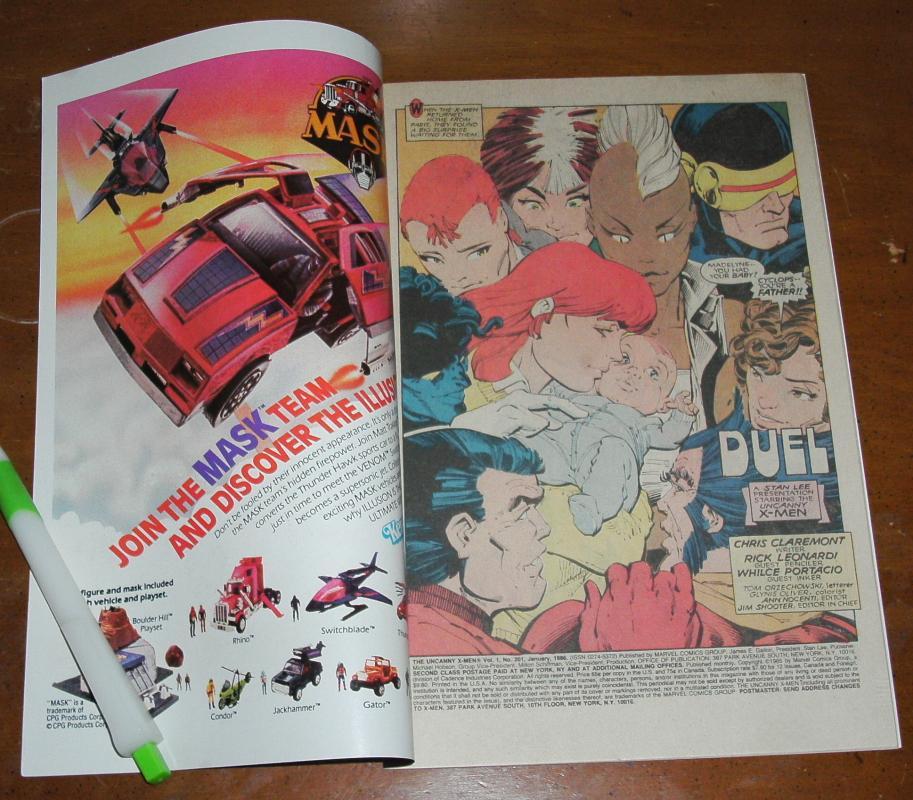 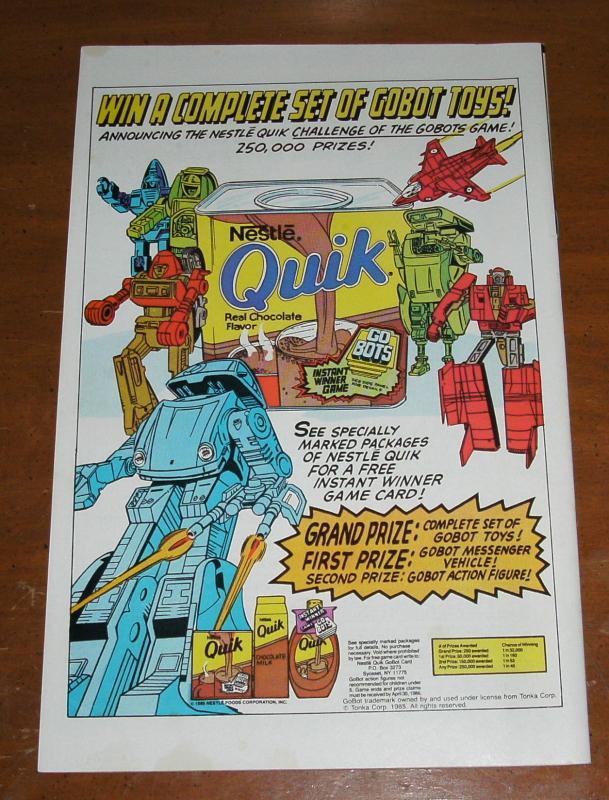 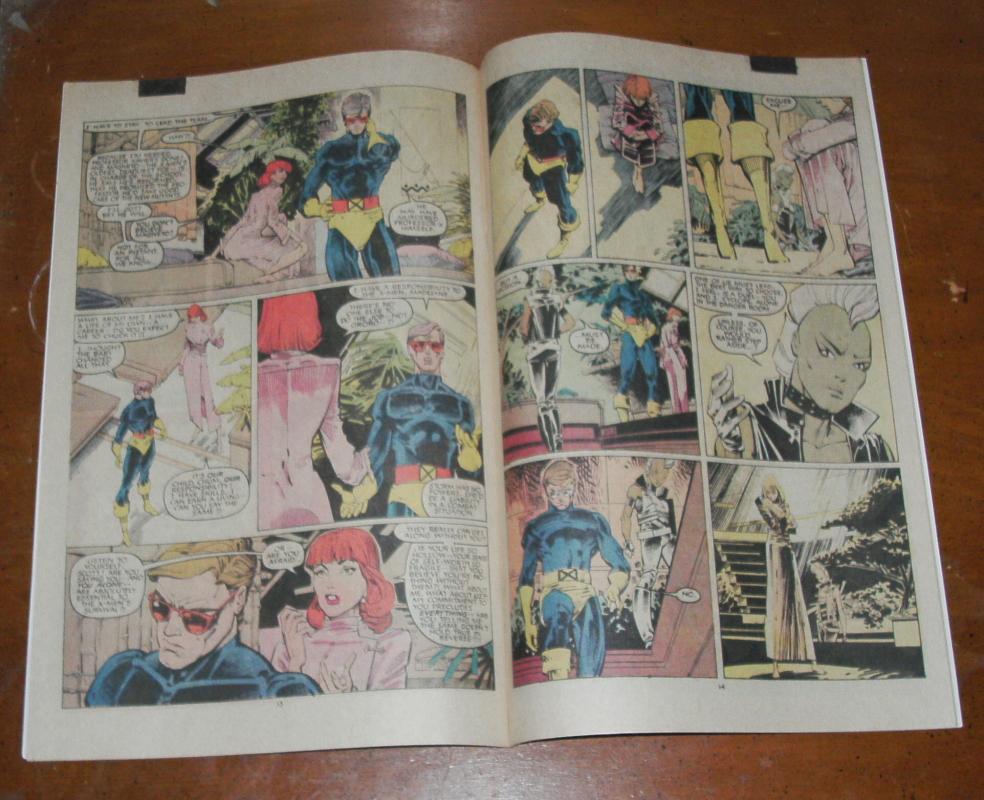 CYCLOPS leaves the X-MEN in this issue. He joins the ranks of X-FACTOR, reunited with the original X-Men.

Who shall lead the X-Men? Storm and Cyclops duel to determine the answer!

The X-Men get all gushy over little Nate. Scott and Maddy fight. Storm challenges Scott to a fight for the leadership of the X-Men. Storm out skills Cyke, even though she has no powers. Scott, Maddy, and Nathan leave for Alaska. Also around this time, in New Mutants #35, Magneto becomes Headmaster of Xavier's school, in Xavier's absence.
Synopsis
The X-men have arrived home to see Madelyne and her son. They all love him and take turns commenting and collectively gawking at him. While there Rachel and Nightcrawler have a friendly scuffle with him tickling her. Kitty is left with the baby as Storm and Maddie talk. Maddie voices her problems with the X-men team’s presence in the life of her husband. She even wonders if he truly loves her considering he was absent for her child’s birth and was the only person not to call and check in on her.

Kitty hands the baby to Rachel who is still keeping the secret of being Scott and Jean's daughter from an alternate time from Scott. She links with the baby’s mind and they have a tear-filled embrace. Scott muses over the disappearance of Professor X now that he needs him the most.

In space, Binary informs the streamers that the ship is effectively lost in space floating. Lilandra and Charles must accept that he is stuck in space with no way of returning home.
On earth Cannonball’s computer crashes taking his term paper with it. While on he school grounds the team plays baseball. Kitty throws, Colossus bats and Rogue ends up in the sky catching the ball right as the president and secretary are on a flight to a meeting. They see her but plan to keep this between them.
Kitty departs from the match and helps cannonball fix his computer and runs into storm who tells her Scott and Maddie are using her room to have a discussion about his fate with the x-men. He wants to stay especially now that Magneto is at the school. Maddie thinks he should quit as he has a responsibility to his son and his wife. He doesn't think anyone else can lead especially with Storm empowered. To put an end to things Storm proposes a fight to determine who will lead.
Magneto and the new mutants are training when they are sent out and Cyclops and Storm enter. The duel has begun and all the x-men gather to watch. Wolvie is rooting for Storm and invites everyone to place a wager. The danger room is turned into a destroyed city and Storm uses the terrain to her advantage. Cyclops meanwhile is distracted by his conflicting feelings of leading the x-men and laving with Maddie. She cuddles her child and silently wishes for Scott to lose despite knowing it will break his heart to leave. Scott’s distraction leads to Storm sneaking up on him and removing his visor. He is defeated and Storm is now the leader of the x-men. As he leaves he wonders how much of a future he has with Maddie after everything he has done.
Rachel visit’s the Greys and places her essence into the homeopathic crystal along with her mom’s and wishes her grandparents goodbye. The watcher realizes the presence of the Phoenix.