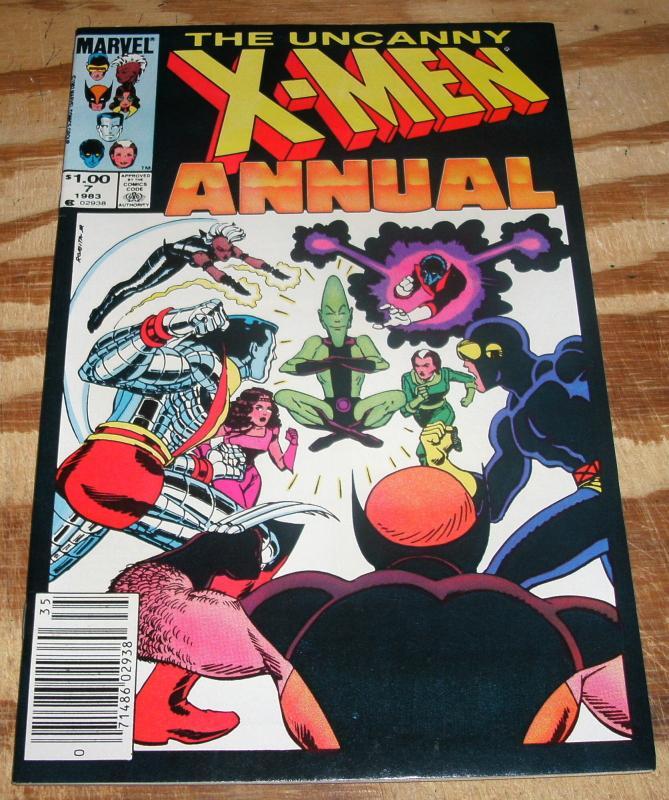 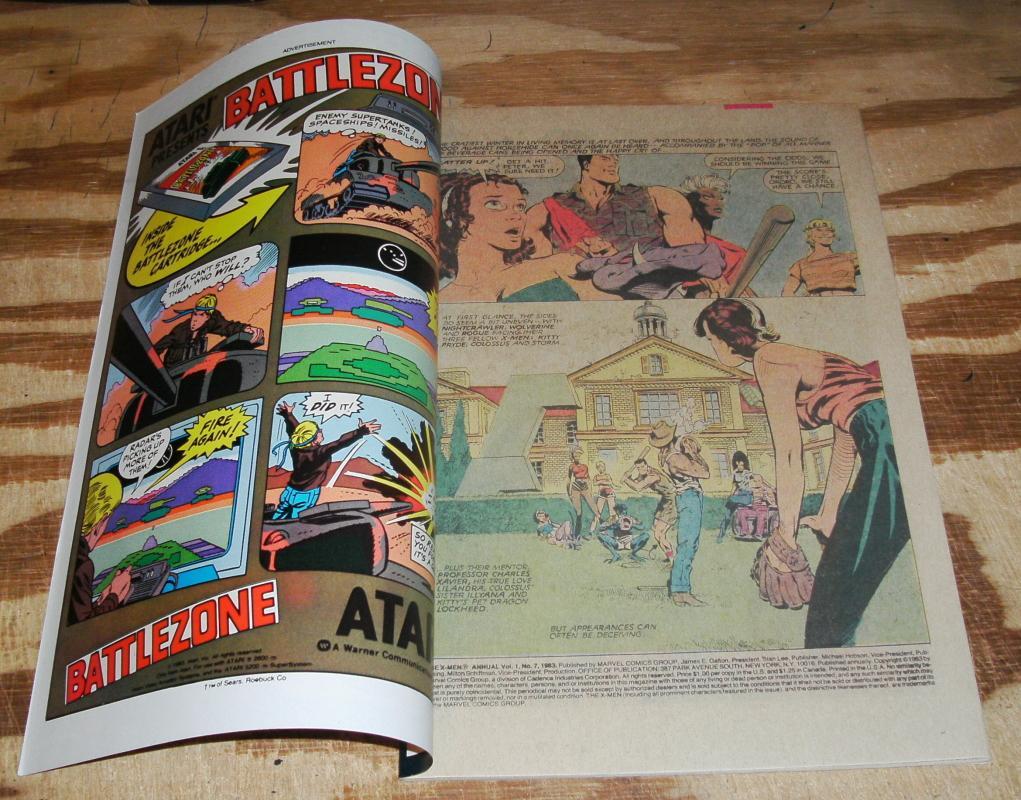 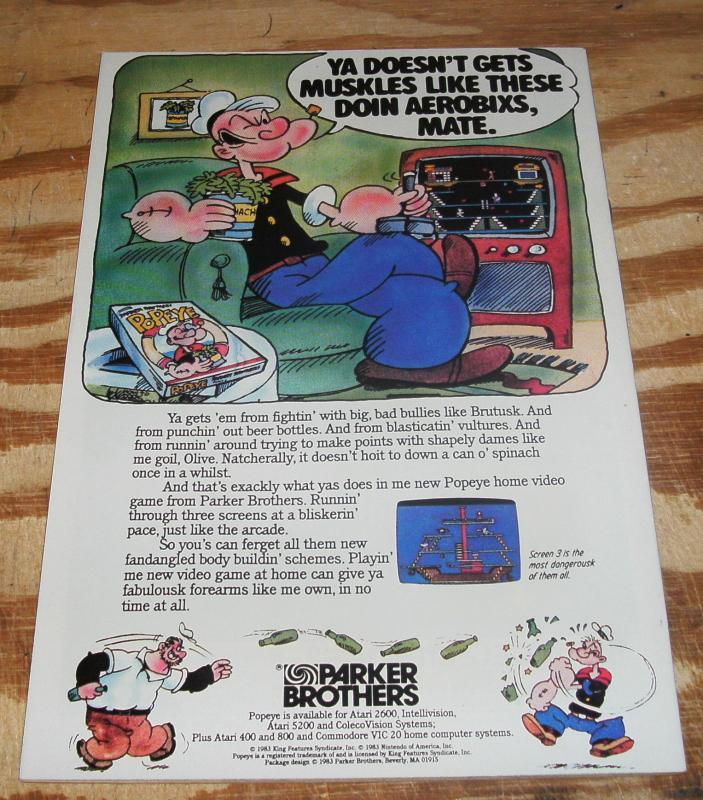 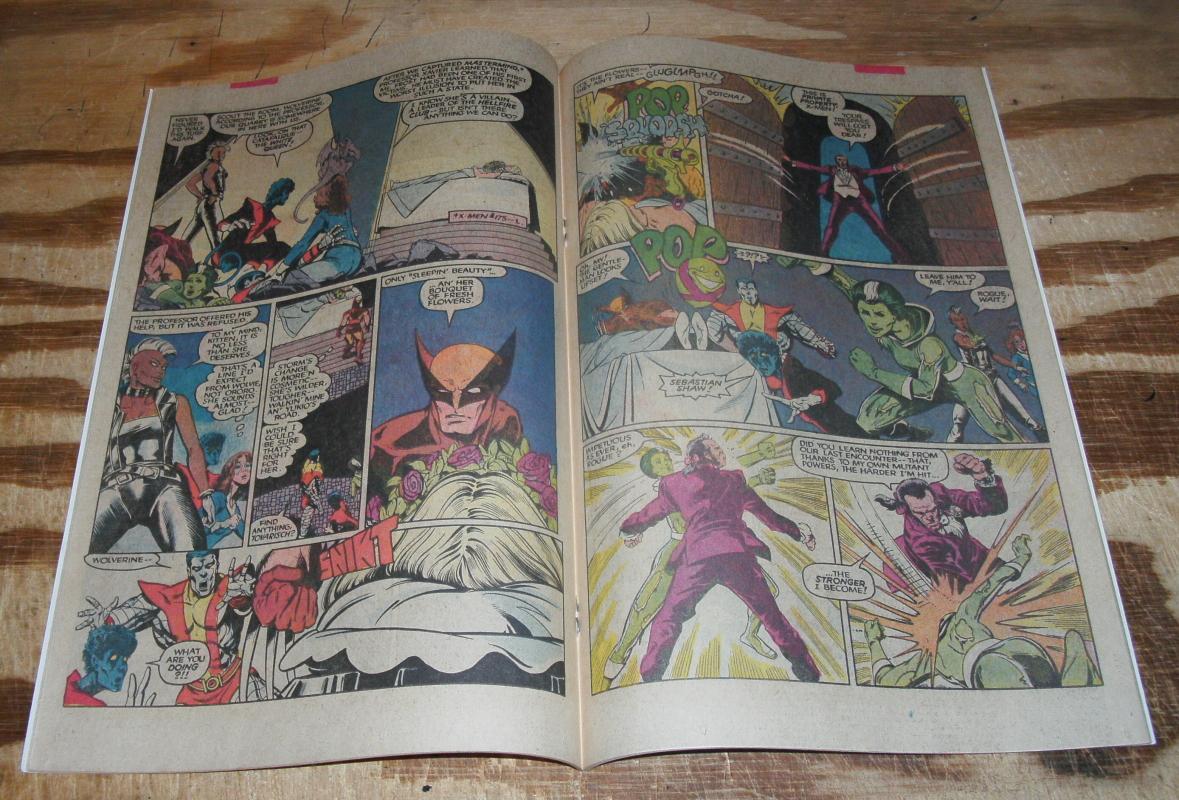 The X-Men are participating in a leisurely game of baseball when it is suddenly interrupted by the seeming arrival of Galactus. When Professor X attempts to read the planet eaters mind, he is zapped by the telepathic feedback and is knocked out. "Galactus" informs the X-Men that he has come in peace and needs to take their headquarters, and before the team can do anything, he teleports away taking the X-Mansion with him. Reviving the Professor, the X-Men follow his psychic trail which leads them to the SHIELD Helicarrier.

Upon their arrival, the X-Men send Nightcrawler, Lockheed and Ariel down to snoop around the Helicarrier to see what they can find out. When Ariel and Lockheed accidentally walk in on Nick Fury and the Contessa having a romantic moment security is called forcing the X-Men to flee. In all the confusion, someone or something has managed to steal Fury's eye patch. Following the trail again further, the X-Men find themselves in the Savage Land where they encounter their old ally Ka-Zar and his mate Shanna the She-Devil. They inform the X-Men that Ka-Zar's sabretooth tiger Zabu has been kidnapped.

At Avengers Mansion, the security system goes off and Jarvis, and resident Avengers Iron Man and She-Hulk notices the Fantasticar is on the property and someone has loaded it with all of the Wasp's costumes. When the two Avengers go outside to investigate, they find Ariel, Colossus and Rogue on the property. Not knowing that Rogue is a member of the X-Men now[1] they attack but are easily trounced when Rogue absorbs She-Hulk's powers, and Ariel shorts out Iron Man's armor wither her phasing powers. While the X-Men were busy, the same being manages to steal the mystical window from Dr. Strange's Sanctum Sanctorum, unleashing all sorts of demons and spirits.

The next place the X-Men track this mystery thief is the headquarters of the Hellfire Club. In it's lower levels they come across the unconscious body of the White Queen[2]. They are soon attacked by Sebastian Shaw who is angry at the X-Men for invading his base. As they fight it out, the thief reveals himself to be the Impossible Man from the planet Popup. While the X-Men are occupied battling the Black King, the Impossible Man manages to make his escape with the item he was seeking: The Black Queen's uniform. With the Impossible Man fleeing, Storm takes the rest of the X-Men away, ending their fight with Sebastian Shaw, who vows to get revenge against the X-Men.

The Impossible Man next attempts to collect comic book legend Stan Lee by showing up at the offices of Marvel Comics. Unfortunately, he is unaware that they had recently moved and ends up at their previous office at 575 Madison Avenue. Learning that they have moved to a new office, the Impossible Man goes there. He demands that the Marvel staff turn over Stan Lee, however they explain that Stan works out of Hollywood. Just then the X-Men arrive and put the Impossible Man on a merry chase across the office causing all sorts of chaos until he is stopped. Giving up, the Impossible Man explains that he was only on a scavenger hunt and didn't realize the trouble he was causing and sincere apologizes.

The Impossible Man takes the X-Men to the Gobi Desert where he has been stashing all the items from his scavenger hunt and the X-Men are awestruck by the enormity of it. He has stolen items from across the universe and dimensions. The Impossible Man explains that after he and his wife left Earth to populate a new world[3] due to the fact that Galactus ate his previous home[4] they created an entirely new population of Popupians. The difference with this would be that everyone they created were independently minded unlike the previous population that was one group mind. When it came to choosing a leader, they decided to put it to the vote, however everyone voted for themselves. So the solution was that all those who wished to lead would have to win a scavenger hunt. The Impossible Man