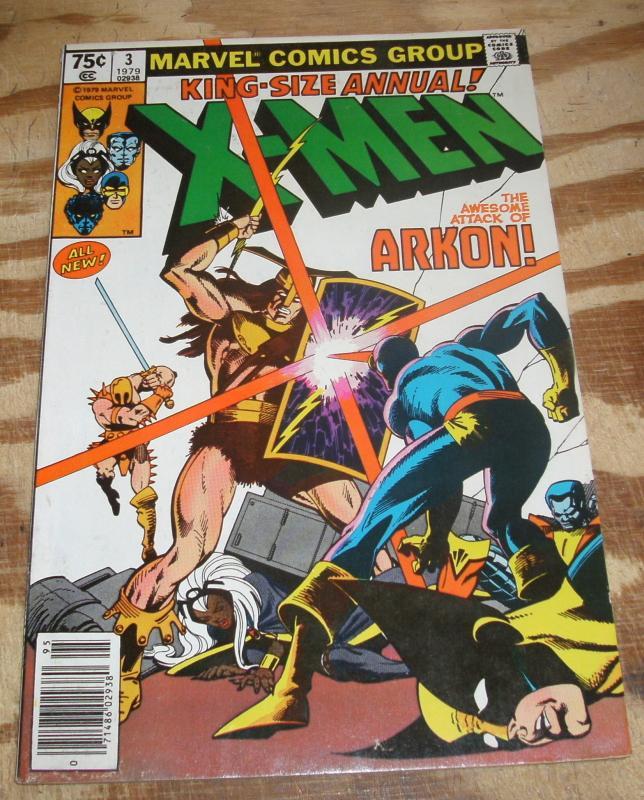 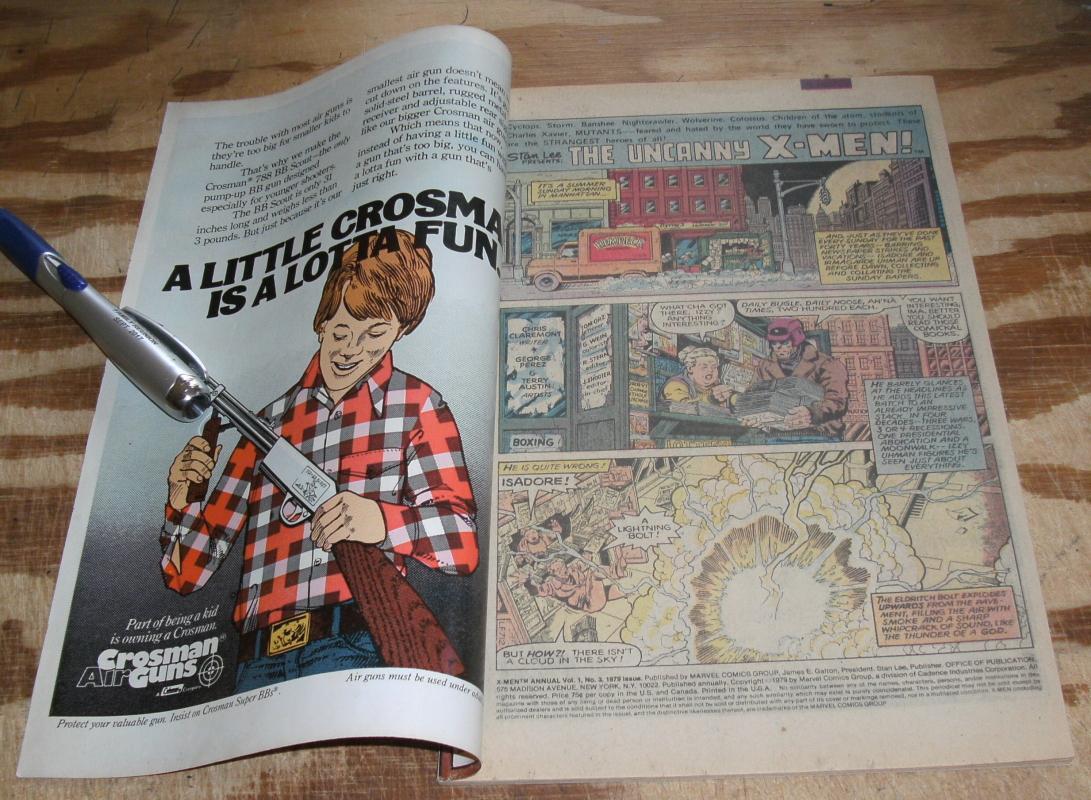 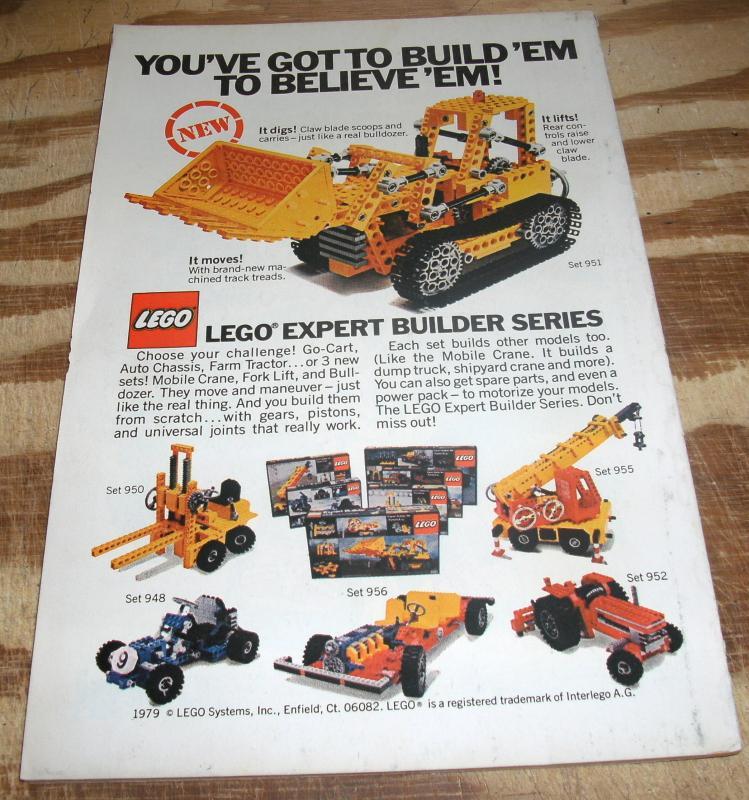 Minor chipping in the spine.

A quiet summer Sunday in Manhattan is shattered upon the arrival of Arkon the Magnificent. He has come to Earth once more to seek the aid of Thor and the Avengers once more. However, when he goes to Avengers Mansion, their butler Jarvis informs Arkon that Thor is away on persona business. Without Thor all seems lost when Arkon is suddenly contacted by his Grand Vizier who tells him of another that might be useful to him: The X-Man known as Storm.

The X-Men, having survived their ordeal against Arcade are engaging in a Danger Room training session with Banshee running the controls since he has lost the use of his powers[1]. During the training session, Storm gets caught between two blasts of wind, causing her claustrophobia to kick in. Before they can shut the Danger Room down, Storm panics, unleashing the full fury of her powers, wrecking the control room and sending the Danger Room into utter chaos. The X-Men however are saved from injury thanks to Cyclops's quick thinking, using his optic blast to hit the emergency shut off. While the other X-Men clean up the damage, Cyclops consoles Storm who is troubled in this new role as a super-hero which is vastly different than her role as a "goddess" in Kenya. When Storm enters her room to spend time alone she is attacked by Arkon who demands that she help him. Storm however is not harmless, and she fights back, smashing Arkon down through the floor right in front of Cyclops and Banshee.

Cyclops blasts Arkon outside of the mansion and all the X-Men pile onto him. During the fight, Arkon tosses one of his mystical thunderbolts at Storm, striking her and teleporting her away. The X-Men manage to fight Arkon to a stand-still and remove his quiver of thunderbolts. With Wolverine threatening him with his claws, Arkon is forced to show them how the thunderbolts work. They teleport away, leaving Banshee behind to contact the Avengers or Fantastic Four should they not return.

The X-Men and Arkon appear in the middle of his royal palace and see that Storm is nowhere to be found. They soon have to defend themselves against the Imperions of Arkon's world. When Nightcrawler spots the Grand Vizir making an escape, he follows after him as the other X-Men fight their way through the palace. Nightcrawler follows the Vizir to another castle where Storm is being held. Upon hearing that Storm is willing to sacrifice her life to help these people, he tries to get the drop on them and Storm accidentally attacks him. Seeing the lightning bolt from the faraway palace, the other X-Men commender a flying beast and ride it to the castle where they find Storm, but she refuses to leave. Arkon appears and explains to them that his world does not have a sun and gets it's light from an energy ring that encircles their world. He explains how the Avengers once came and restored it with a device when the ring was failing[2][3]. Being unable to find Thor to restore the power in the device, he sought out Storm as a substitute.

Examining the device, the X-Men come up with a solution to repair the device: As Wolverine and Nightcrawler repair it's mechanisms, Storm channels her powers through Cyclops, super charging him with energy. He blasts the device with his optic blast giving it enough energy to restore the energy ring around Arkon's world, however the device explodes. When Arkon's people come and inspect the wreckage, they find Arkon and the X-Men alive. With the artificial sunlight of their world restored, Arkon and his people celebrate the X-Men as heroes. Parting as friends, Arkon thanks the X-Men for their help and uses his thunderbolts to send them back home.