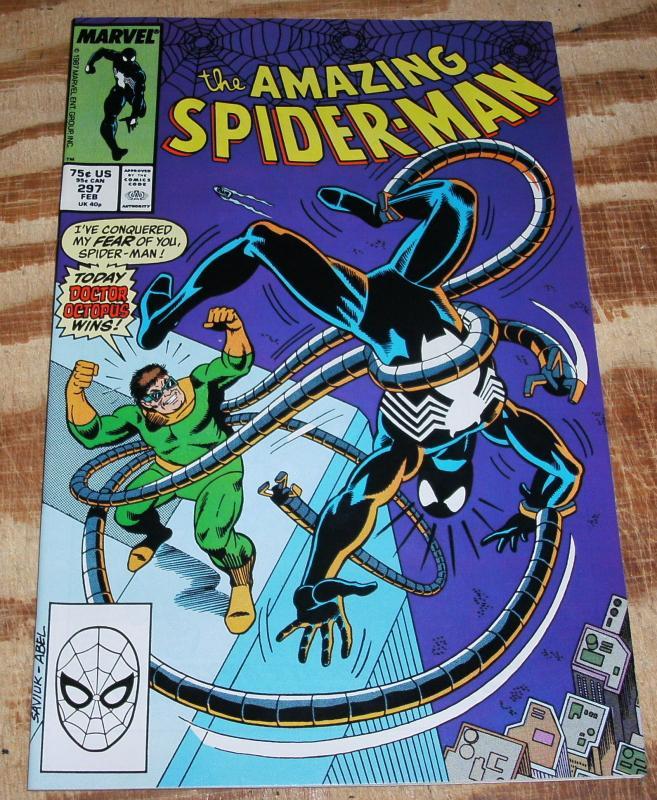 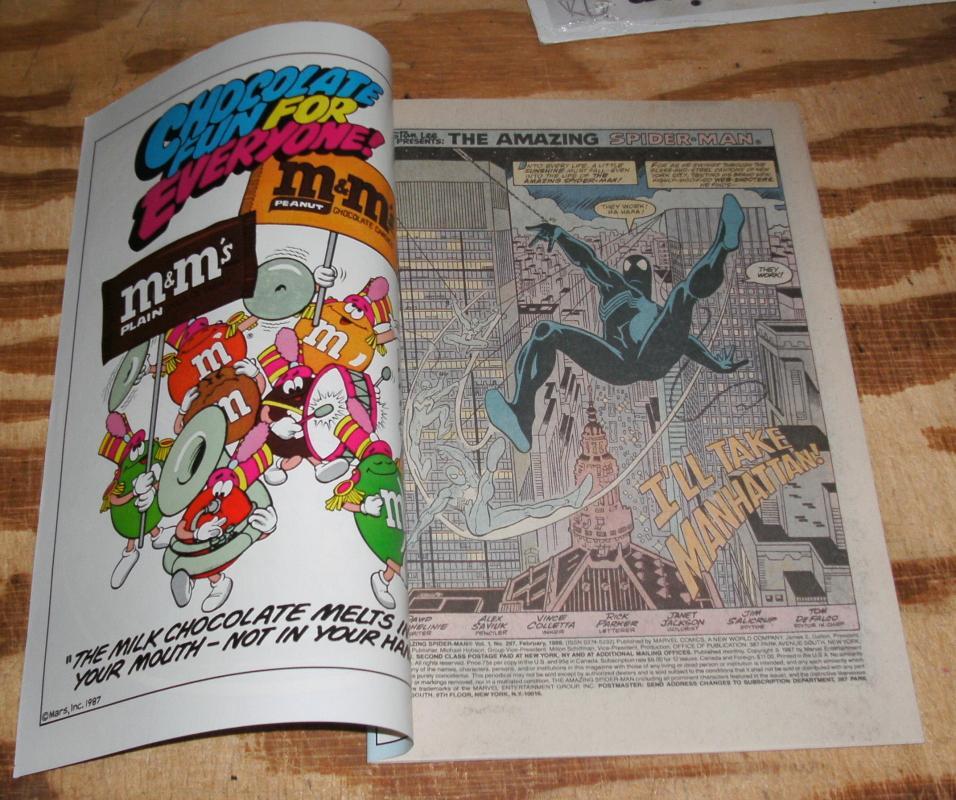 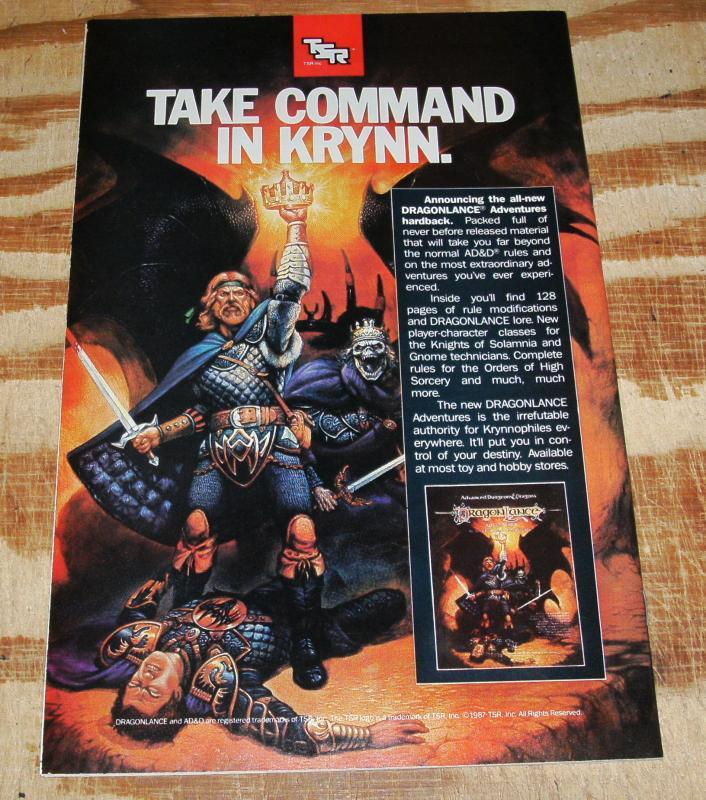 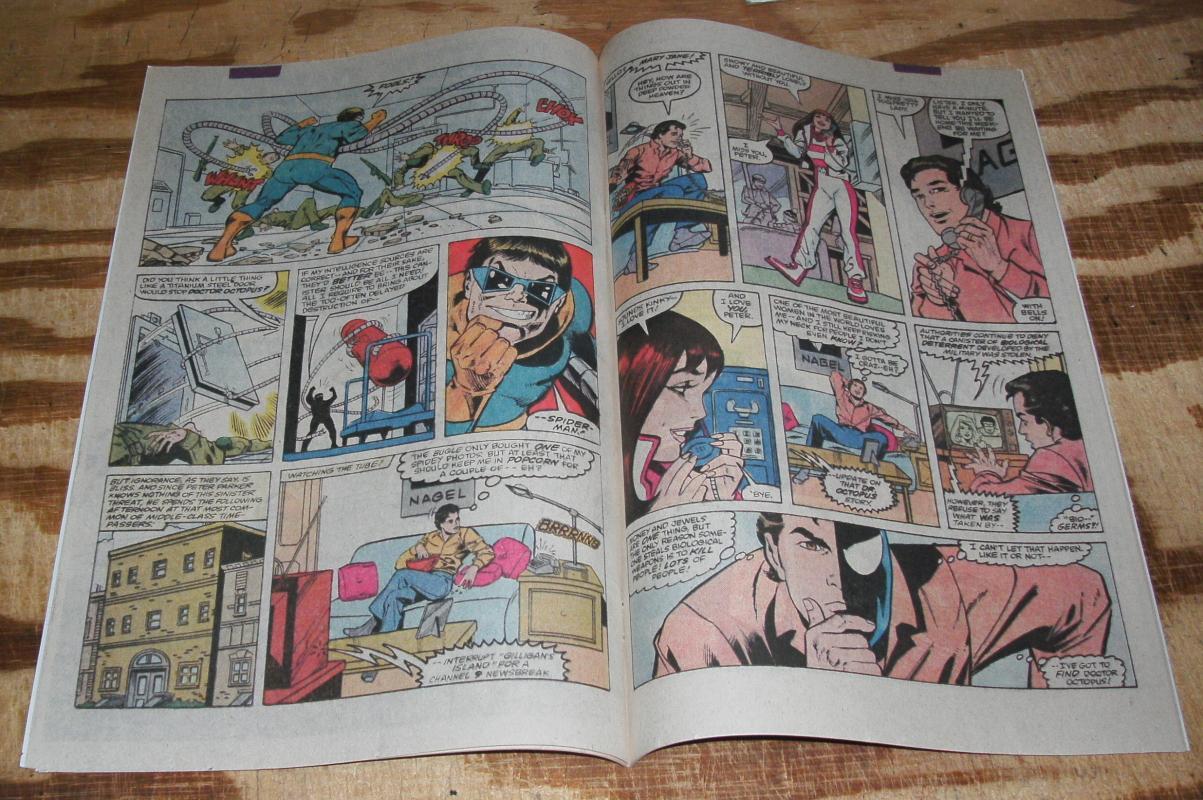 Spider-Man practices using his newly invented spider tracer shot which launches the tracer a good distance and with greater accuracy. Spider-Man tests his new web-shooters which now emit a light to warn him of low web fluid, and he accidentally webs up a man walking his dog. Arriving home, Peter must jump in the shower to keep a visiting Aunt May from seeing him in costume. At a New Jersey airfield. Ock murders Eddie, a chopper pilot, having his man Martin take his place. At the Bugle, Joe Robertson overhears Peter complaining of his financial problems and suggests he find better paying work. Spidey disrupts a high society penthouse robbery but accidentally destroys a priceless Senkevich painting in the process. Meanwhile, Ock attacks a military base and steals a canister containing a deadly bacillus. Hearing of this, Spidey tracks Ock to a World Trade Center office and attacks, causing Ock to go catatonic. Discovering that only Ock has the code phrases to stop Martin from releasing the bacillus tram the helicopter, Spidey allows the tentacles to defeat him. Seeing this, Ock shakes his catatonia. Badly beaten-up, Spidey convinces him to recall the helicopter so that he will have living witnesses to his triumph. At home, Peter comforts himself that suffering a humiliating defeat saved millions of lives.