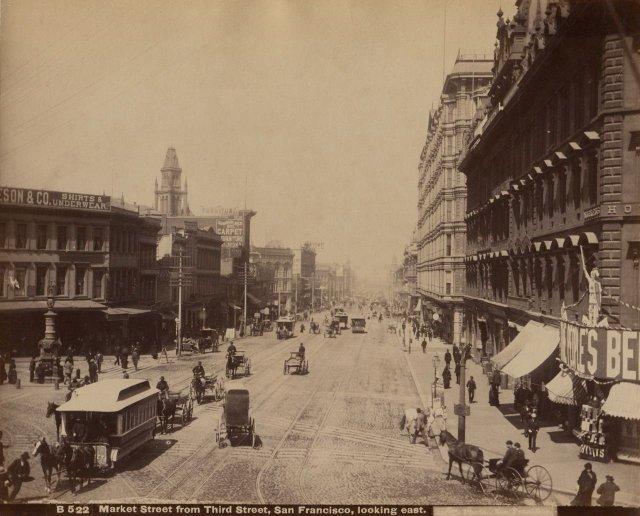 Title, inventory number (B 522) and "Taber Photo, San Francisco" label burned into negative, lower edge. On a modern mount. Photographer and publisher Isaiah Taber (1830-1912) produced over 30,000 scenic views of California and the West; those of San Francisco and Yosemite Valley are best known. Taber is considered the great chronicler of the late 19th century boom in California. Arriving in San Francisco in 1864, he worked for the photographic and publishing firm of Bradley and Rulofson until he opened his own gallery in 1872. His entrepreneurial talents and his gift for self-promotion soon made his "Photographic Art Gallery" the most successful among the many competing photographic establishments in San Francisco.