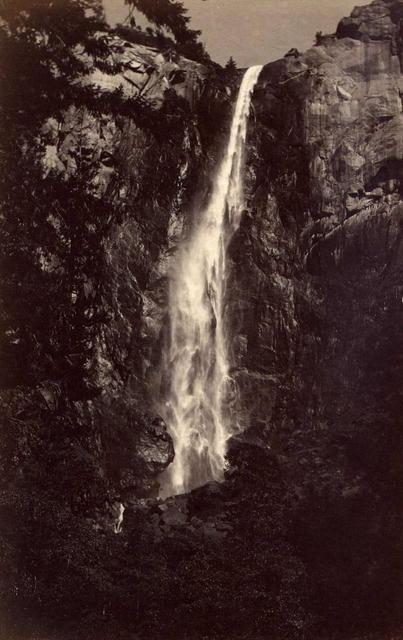 Born in New Bedford, Massachusetts, Isaiah West Taber went to sea when he was fifteen and worked on whaling ships in the North Pacific. He came to California in the gold rush and, after brief careers in shipping, mining, and farming, returned to New Bedford and became a dentist. He soon turned to photography, however, opening a gallery in Syracuse, New York, and finally going back to California in 1864 at the inducement of the photographers Bradley and Rulofson. He worked for them until 1871, when he opened his own gallery on Montgomery Street. His highly successful business was well-known for portraiture and a vast stock of California and Western views --many of which were the unacknowledged works of other photographers. His career ended in 1906 when his entire collection of glass plates, view negatives and portraits on glass were destroyed in the San Francisco earthquake and fire. (Source: Hart, James D. A Companion to California (New York : Oxford University Press, 1978), p. 439; Murray, W. H. The builders of a great city : San Francisco's representative men... (San Francisco : The Journal, 1891), p. 329-330.)