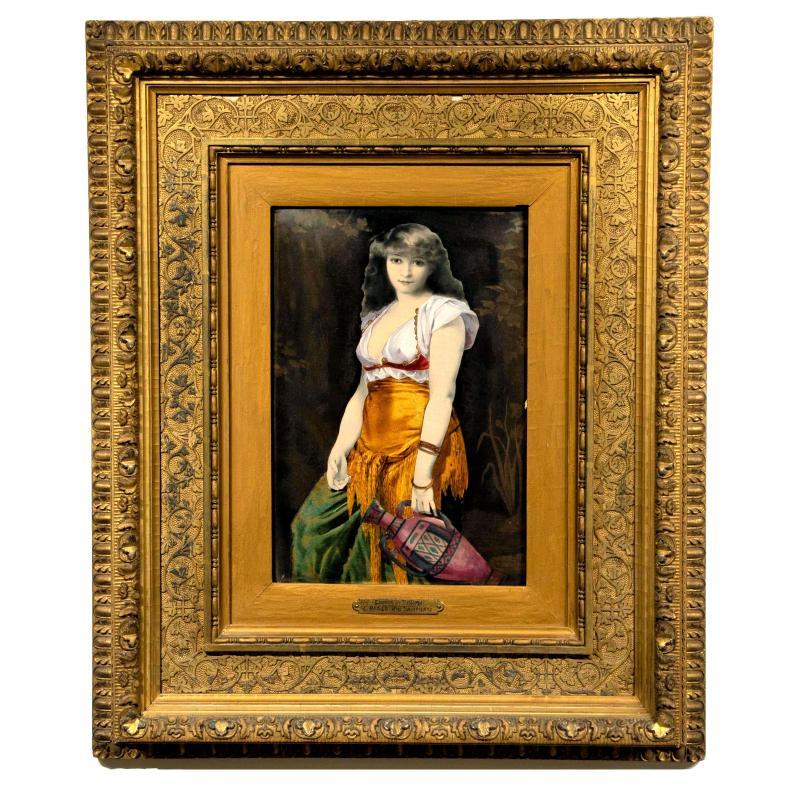 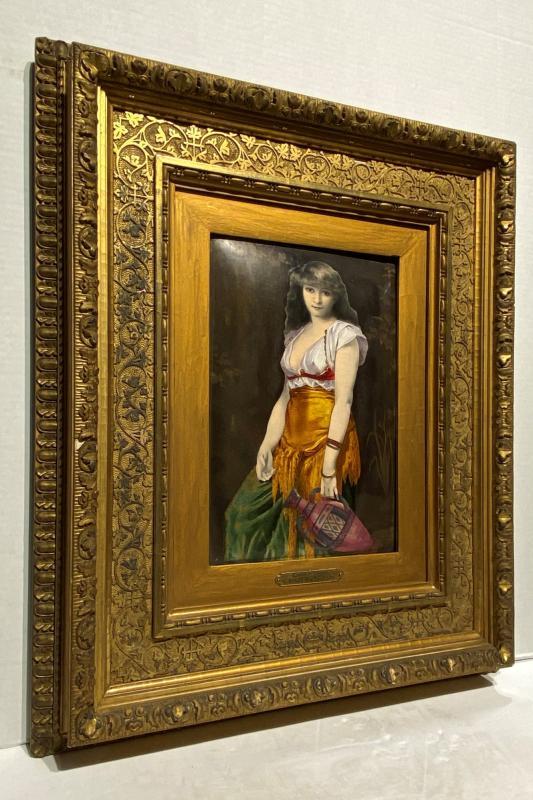 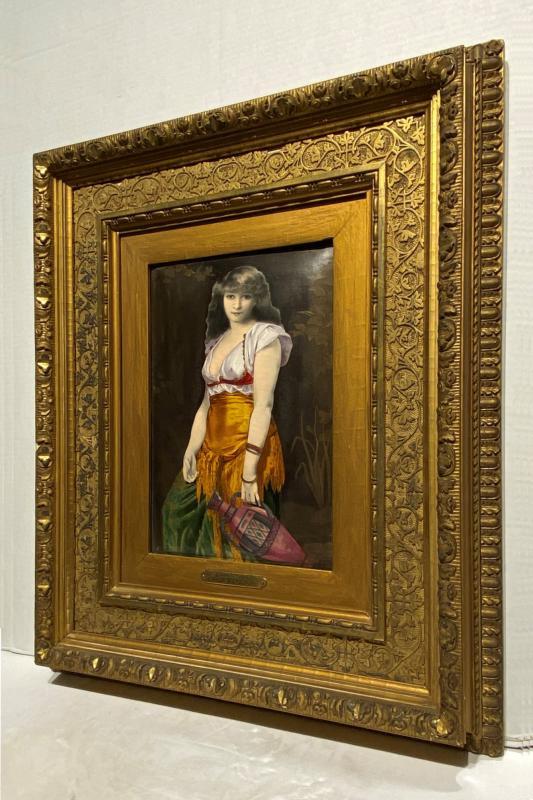 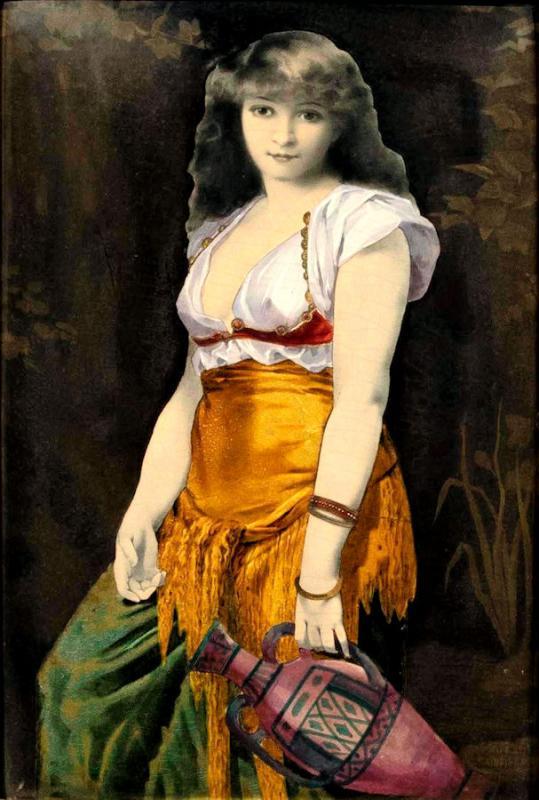 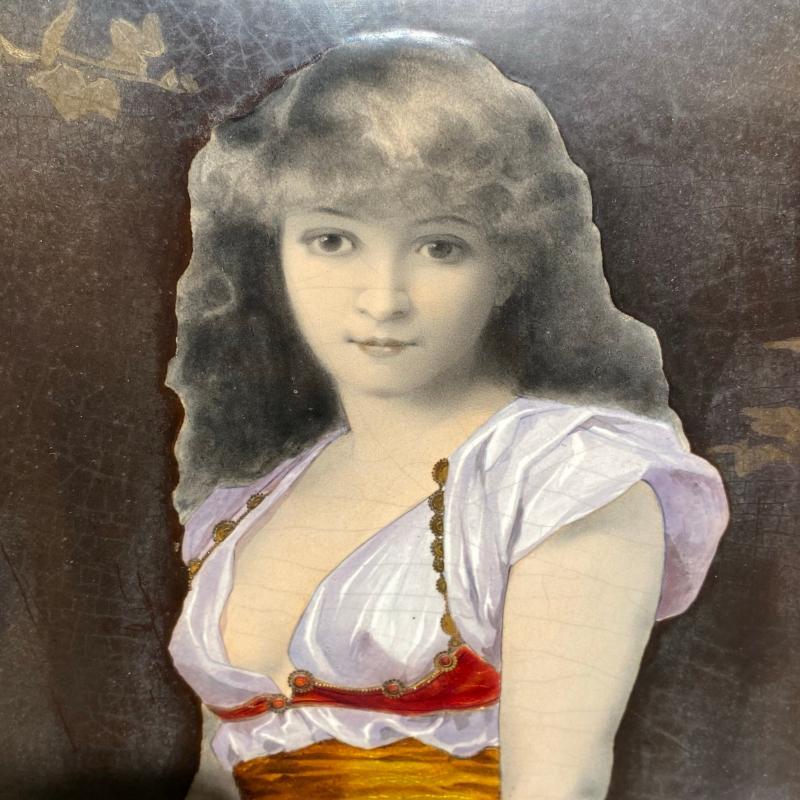 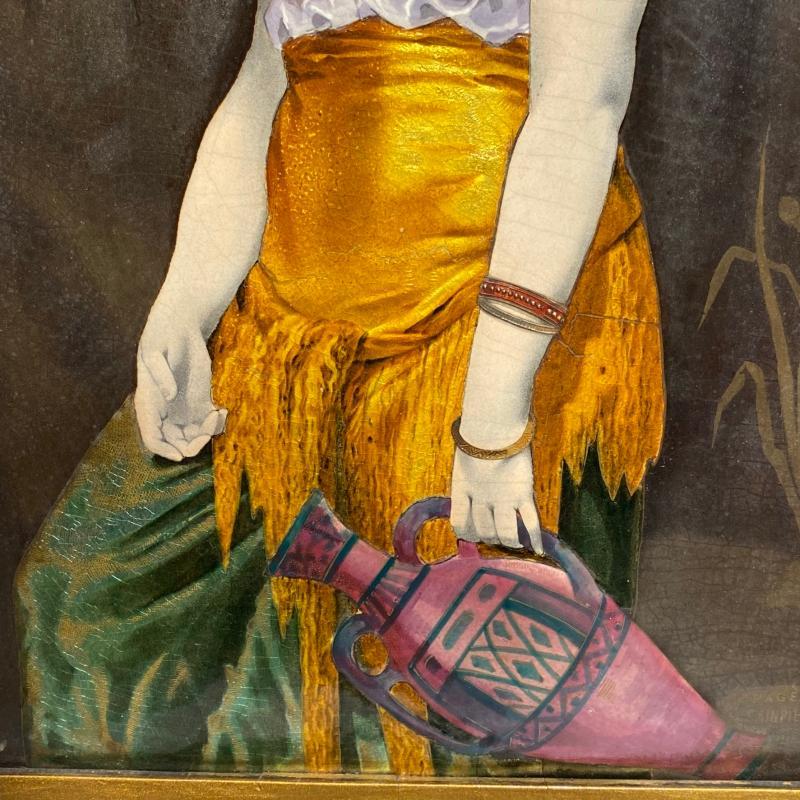 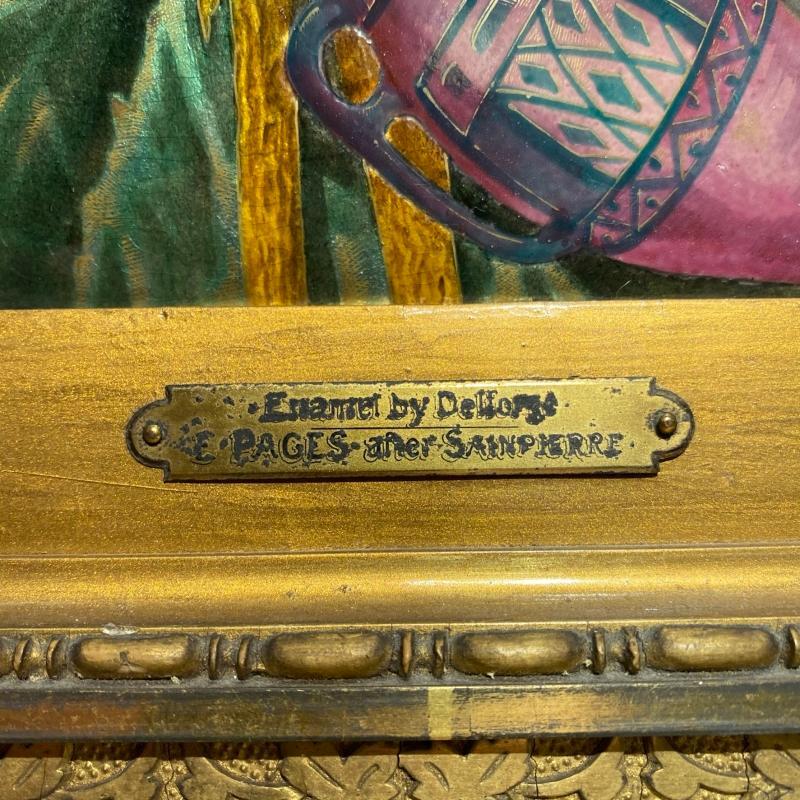 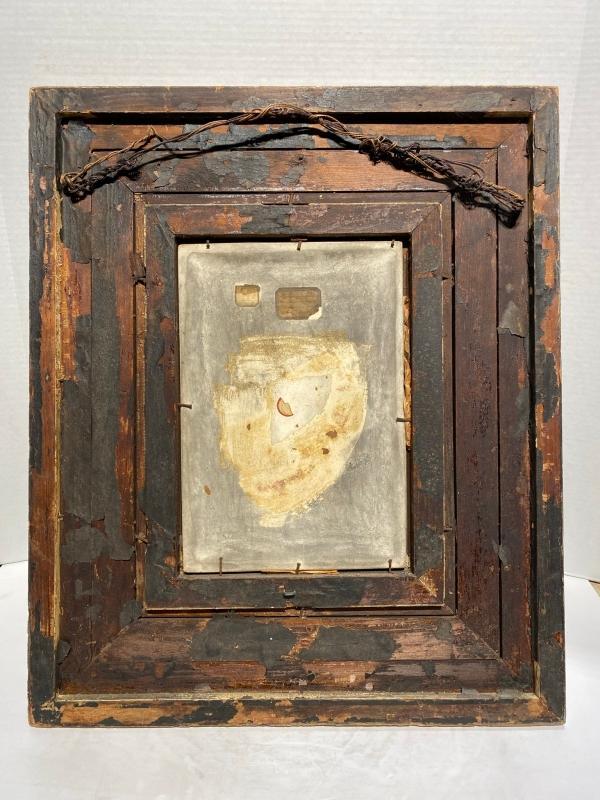 Our enameled ceramic plaque is a fine copy of At the Fountain, the Orientalist painting by Gaston Casimir Saintpierre (1833-1916) that depicts an Algerian girl with water jug in hand.  Plaque measures 8.75 by 12.75 inches and its period giltwood frame measures 20 by 24.5 inches.  Its nameplate reads "Enamel by Delforge", "E. Pages After Sainpierre".

Condition is good. The frame has some small gesso losses, scratches, dents and an apparent restoration to the to surface of the lower right corner.

Saintpierre was born in Nimes and studied in Paris with Cogniet and Jalabert.  He travelled to Algiers and other areas of northern Africa, and was awarded the Legion of Honor in 1881.

Pages was a porcelain painter and enameller active in the fourth quarter of the nineteenth century.

According to Christie's, Emile Delforgewas awarded a gold medal for his work in enamels in 1884 and was much admired for his plaques. He is known to have collaborated with Theodore Leroy and in 1885 they were respectively awarded a silver or gold medal for their work. For further discussion see Regine de Plinval de Guillebon, Faïence et Porcelain de Paris, Dijon, 1995, p. 350.