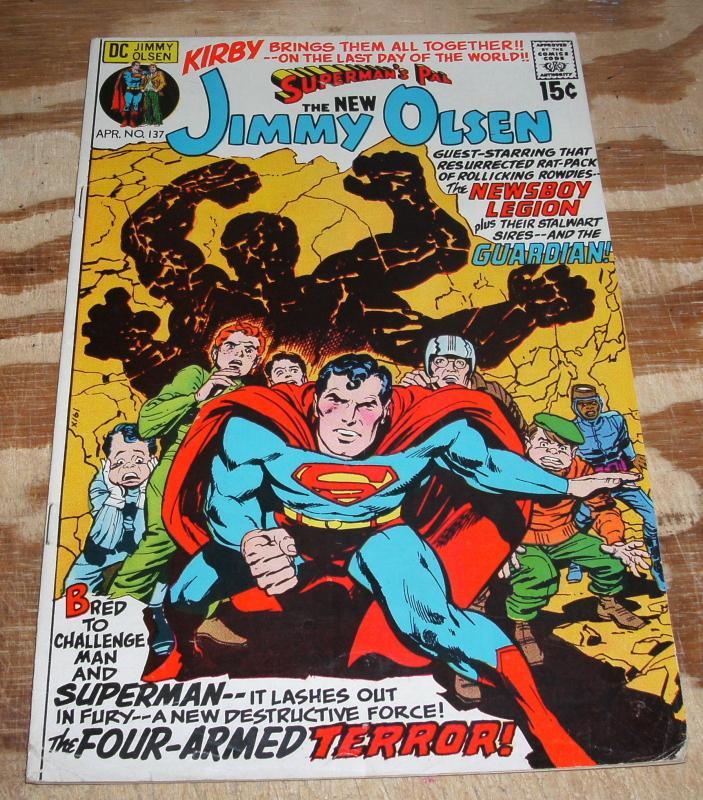 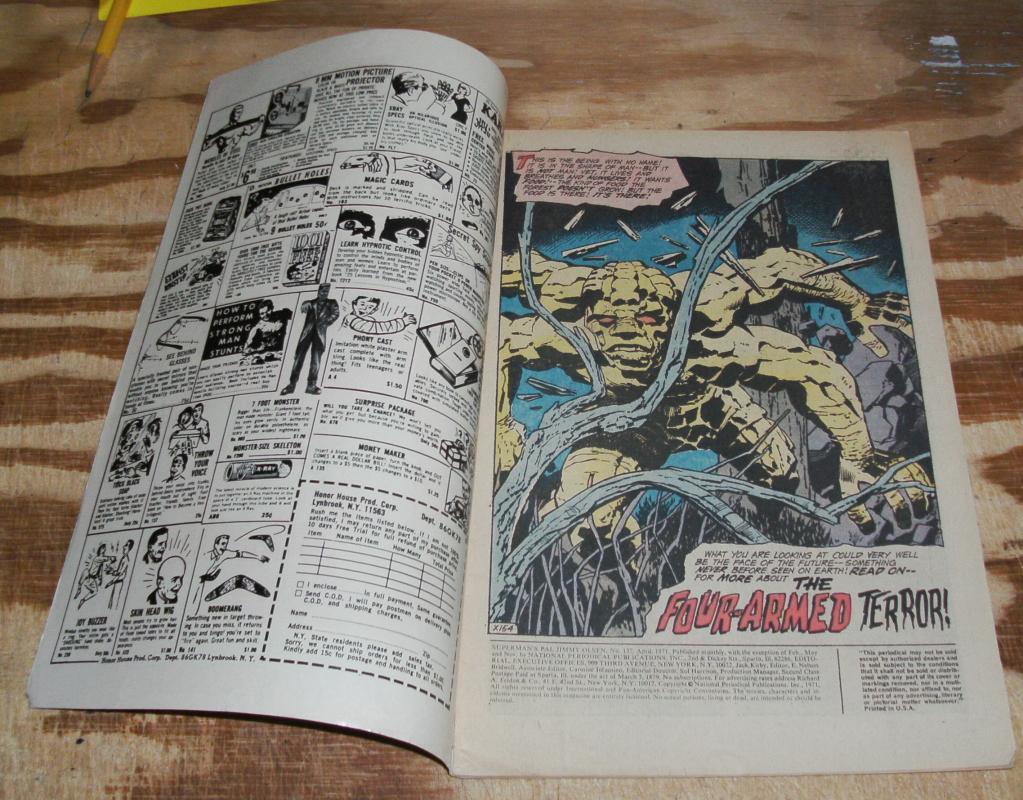 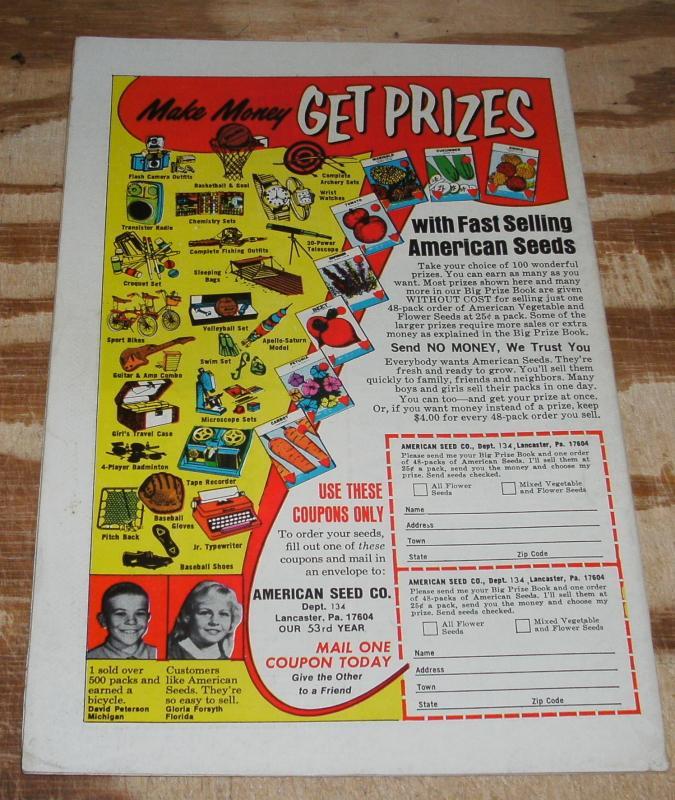 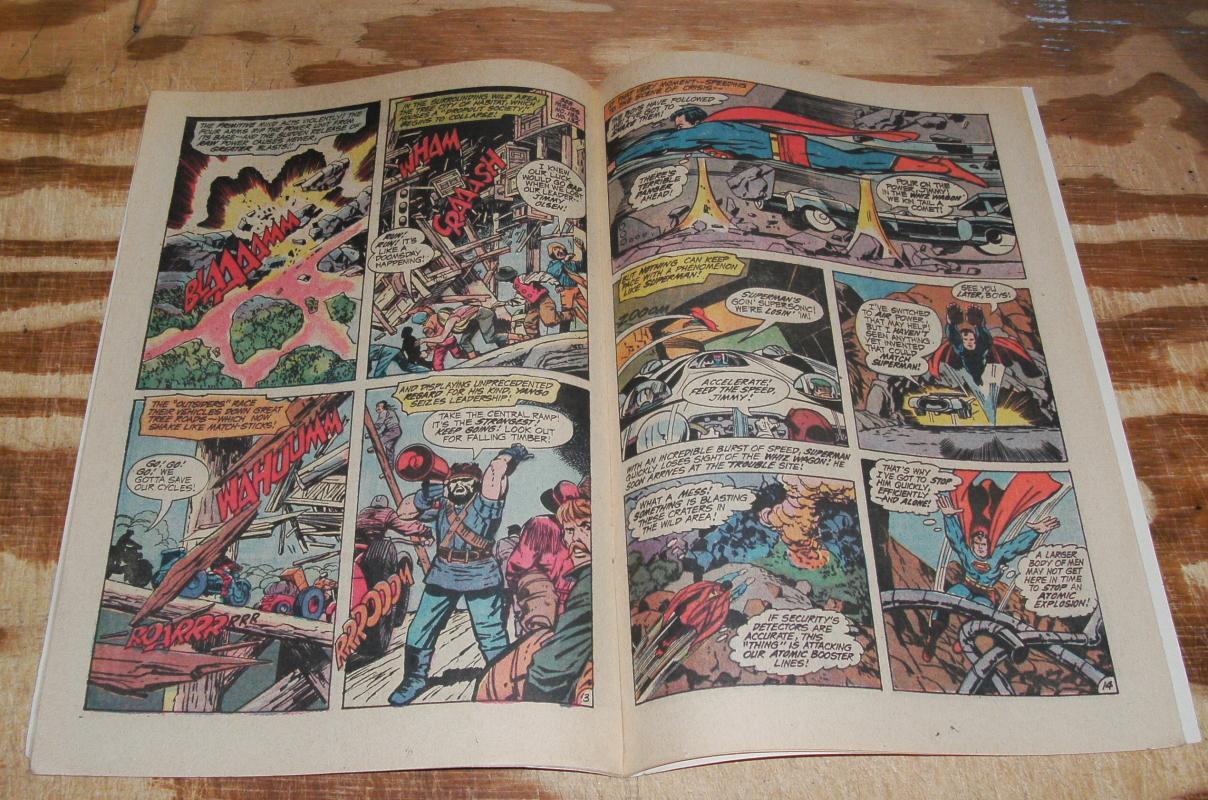 Just after Jimmy Olsen is voted into leadership of the new Newsboy Legion, the DNA Project is attacked by the monstrous Four-Armed Terror, while Simyan and Mokkari hatch more Four-Armed Terrors from eggs.