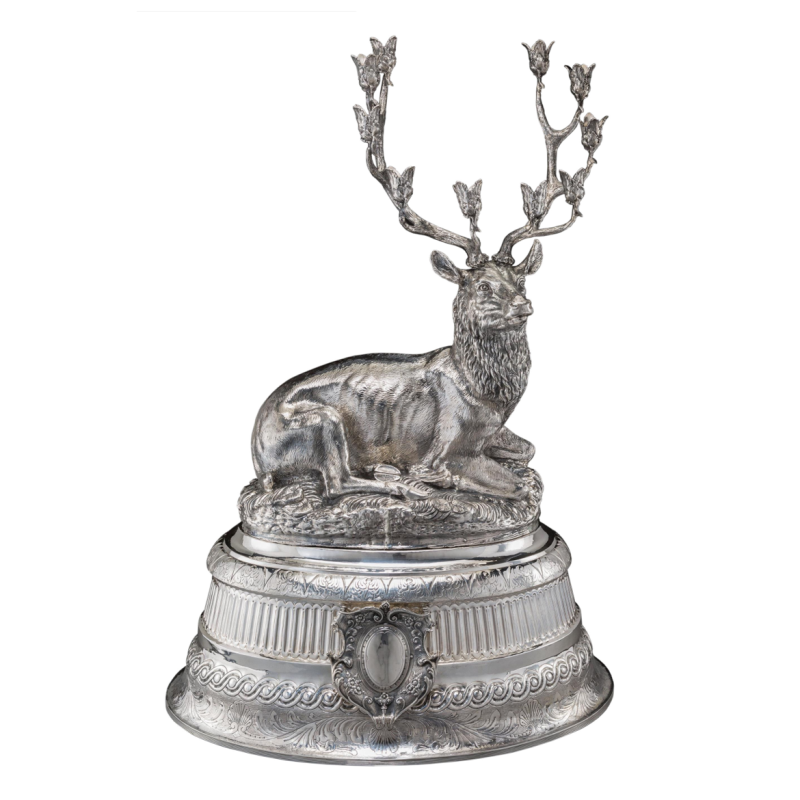 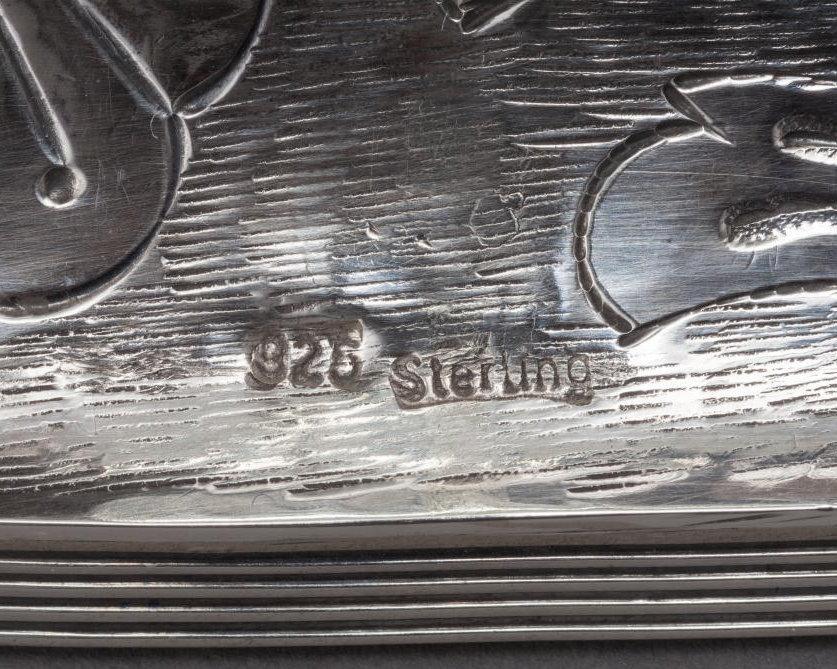 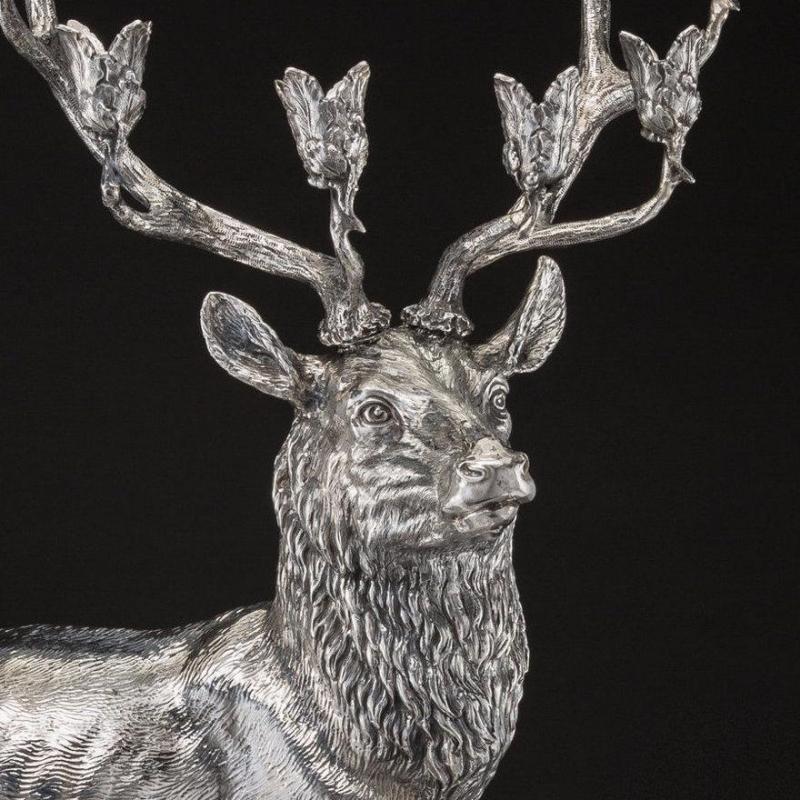 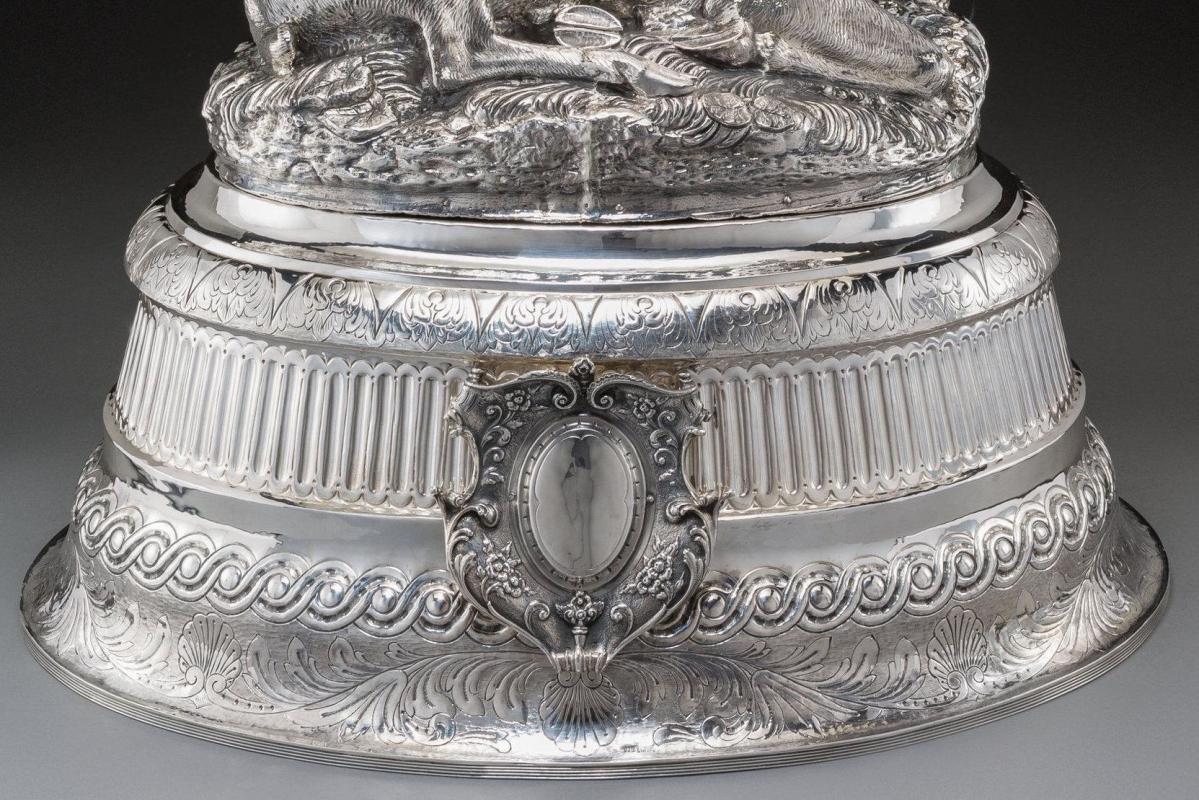 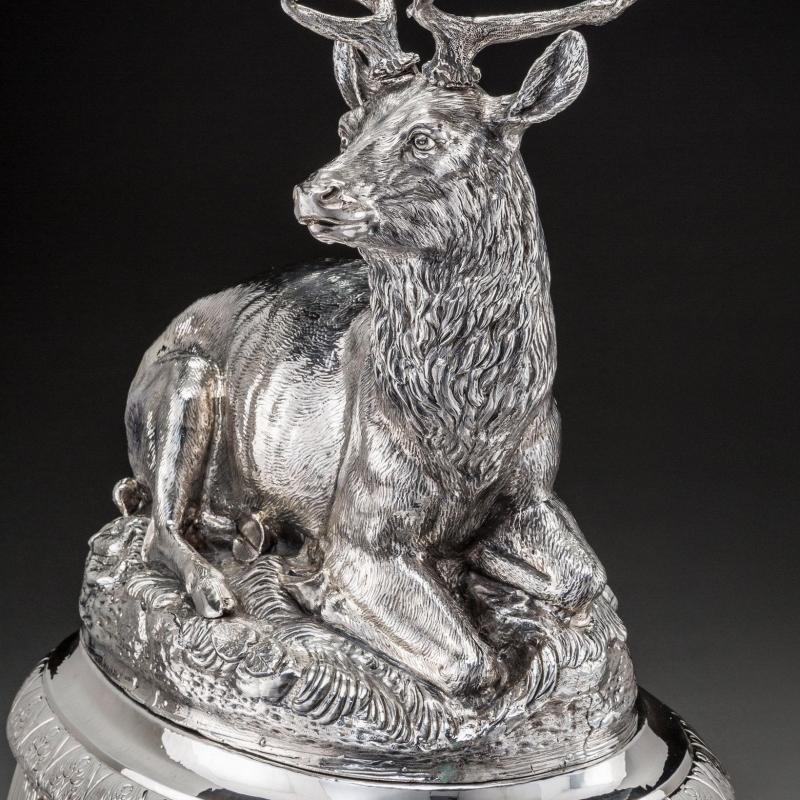 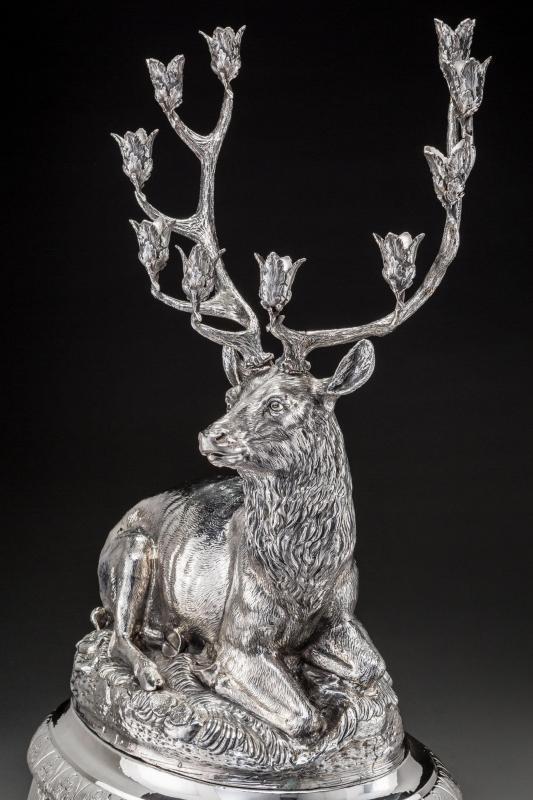 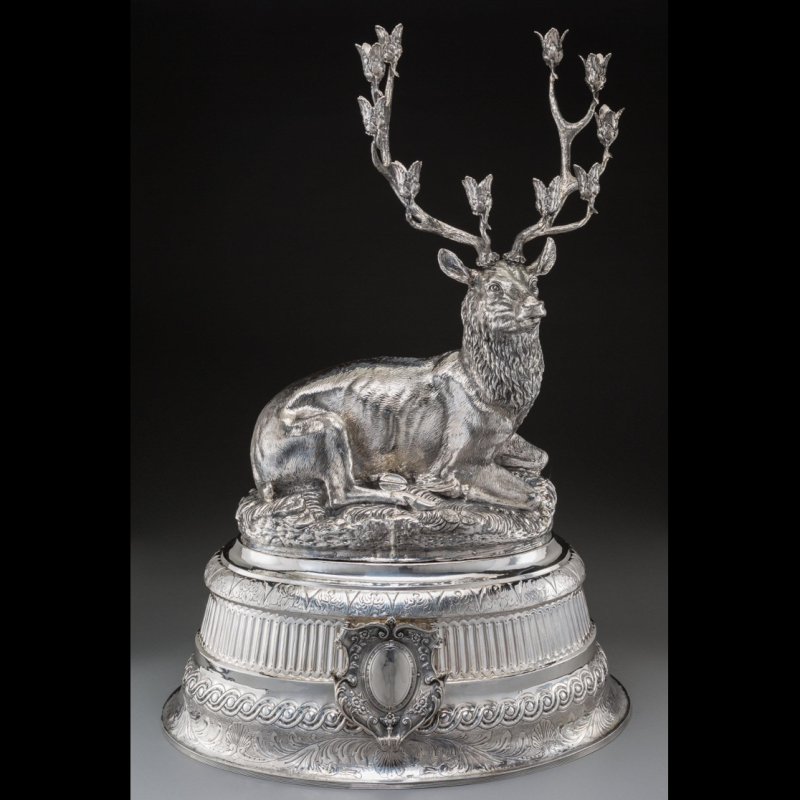 Our very unique and impressive candelabra in the form of a seated stag measures an impressive 32.25 in (81.9 cm) and is crafted from repousse and chased sterling silver. The stag features two cast antlers with five candle holders which may be removed and replaced easily for cleaning.  The stag is affixed with bolts to a large oval base with undecorated cartouch affixed to the lower front.

Marked 925 STERLING, we have not found a maker's mark and believe it dates from the early to mid 20th century.  Recently polished an in very good condition.  Based on its sterling makeup, likely countries of origin would include the United States, Netherlands, Ireland or United Kingdom. Totals 431.85 troy ounces.

Overall condition is very good.  It shows some light scratches from assembly and doesn't appear to have been used extensively, as the sockets are clean.