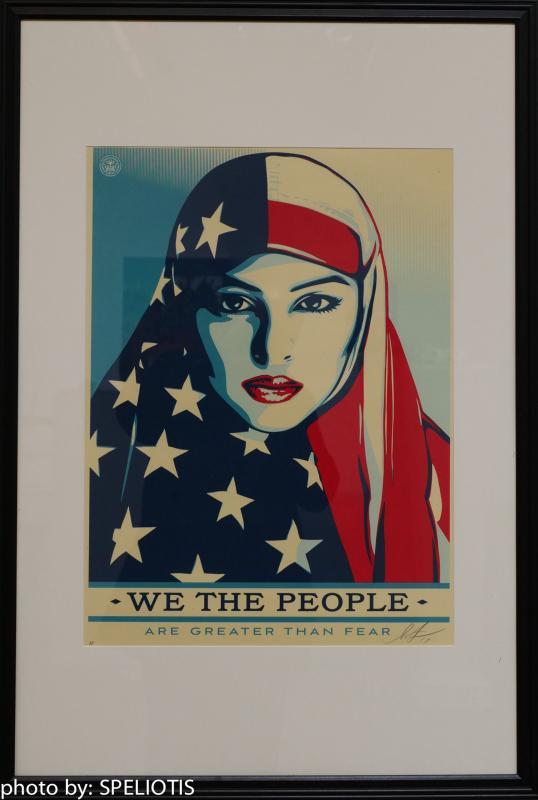 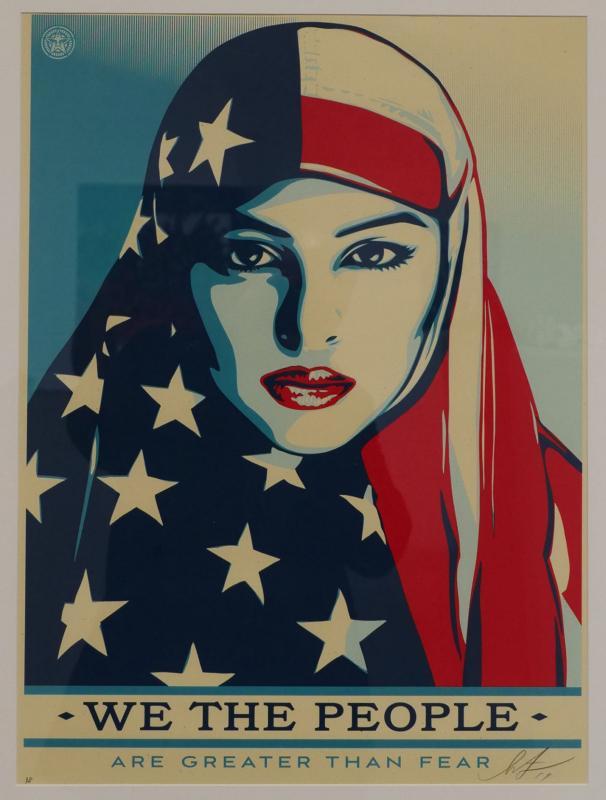 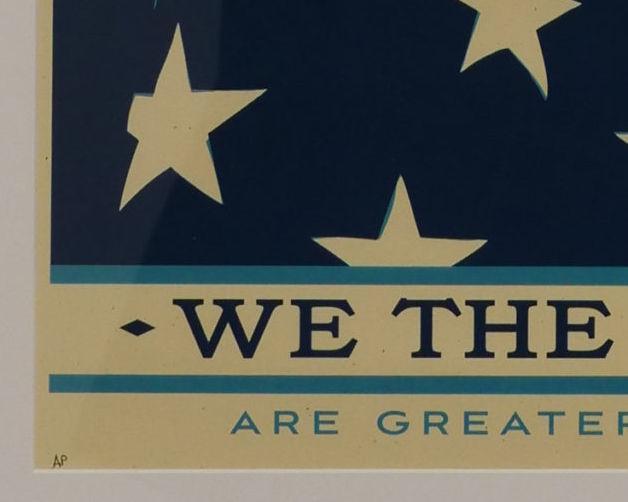 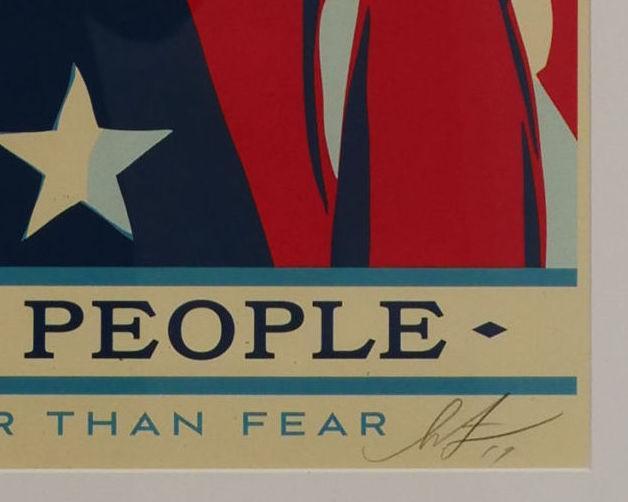 We are selling this work commission-free on behalf of our client, Alpha Arts Alliance, the Brooklyn based arts agency supporting minority artists, youth initiatives and social justice causes.

This print by Fairey is based on a photograph of Munira Ahmed by Ridwam Adhami dating from 2007 that was part of a series of works to mark the six year anniversary of the 9/11 attack "as a response to the rhetoric of that time against Muslims and the claims that were weren't American enough," as the artist recently posted on his Facebook page, ridzdesign. e went on to say, "I wanted to make a power statement. I wanted to create something that we as a community could be proud of. I wasn’t apologizing for anything, I wasn’t asking to be accepted, I was merely stating that I too was an American. Wholly and completely and nothing anybody would say could take that away. The flag is a symbol and a clear and instantly noticeable representation of America. Hijab, the Arabic word for head cover, is also a clear and instantly recognizable symbol for Islam. What better symbols to use...Fast forward to 2016 and the presidential election and the new circus of old rhetoric. The image once again holds strong meaning and a place in the discussion. I was approached by The Amplifier Foundation about the 'We The People' campaign they were planning on doing using art to make a statement on Inauguration day 2017. I sent a variety of images that represent my people to be used, but of course this was to be the image picked to be converted by illustrator and graphic designer Shepard Fairey of Obey and the Obama HOPE campaign fame."