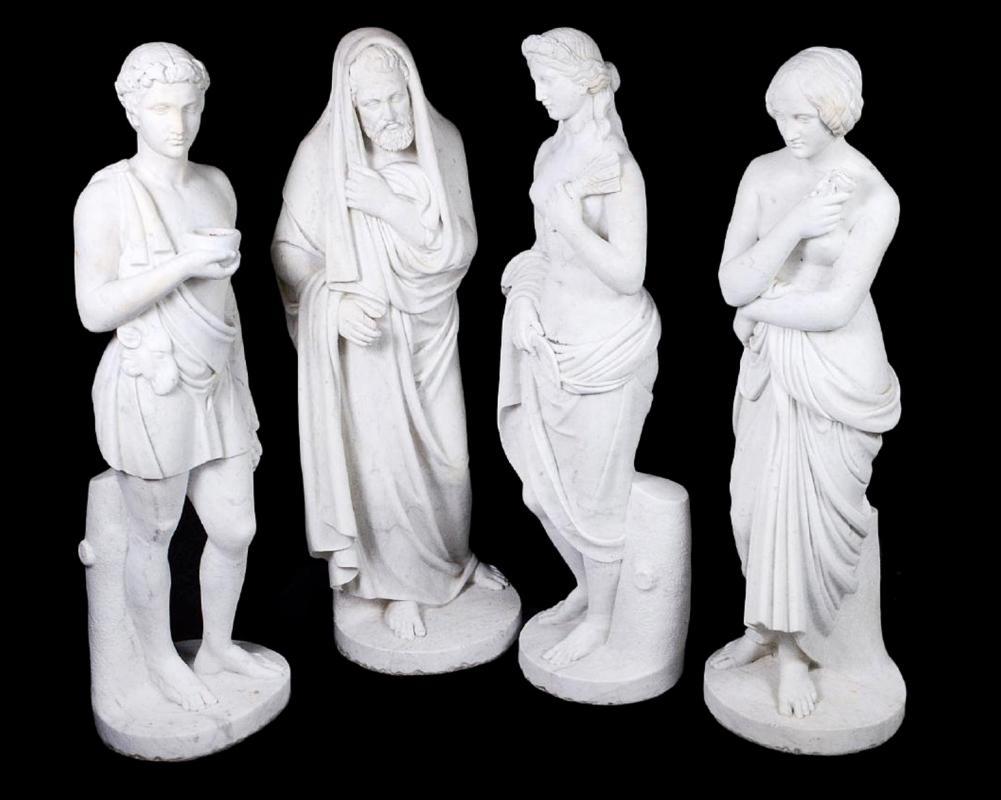 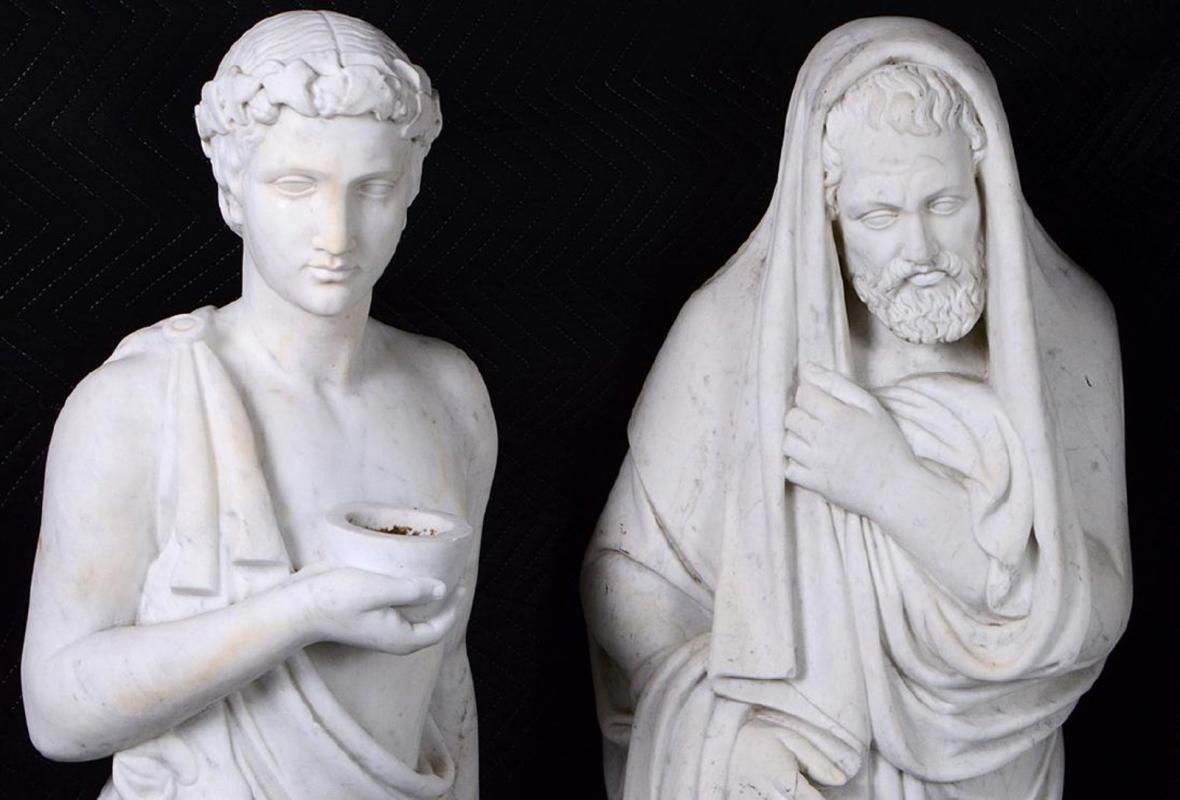 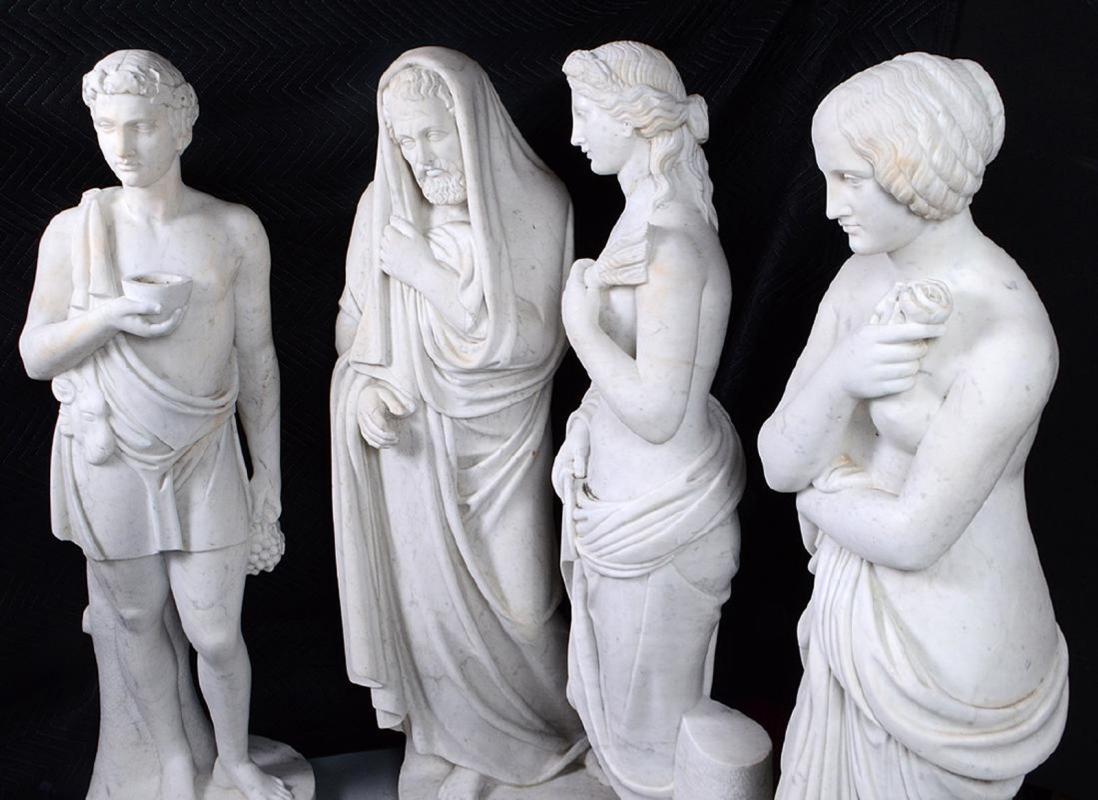 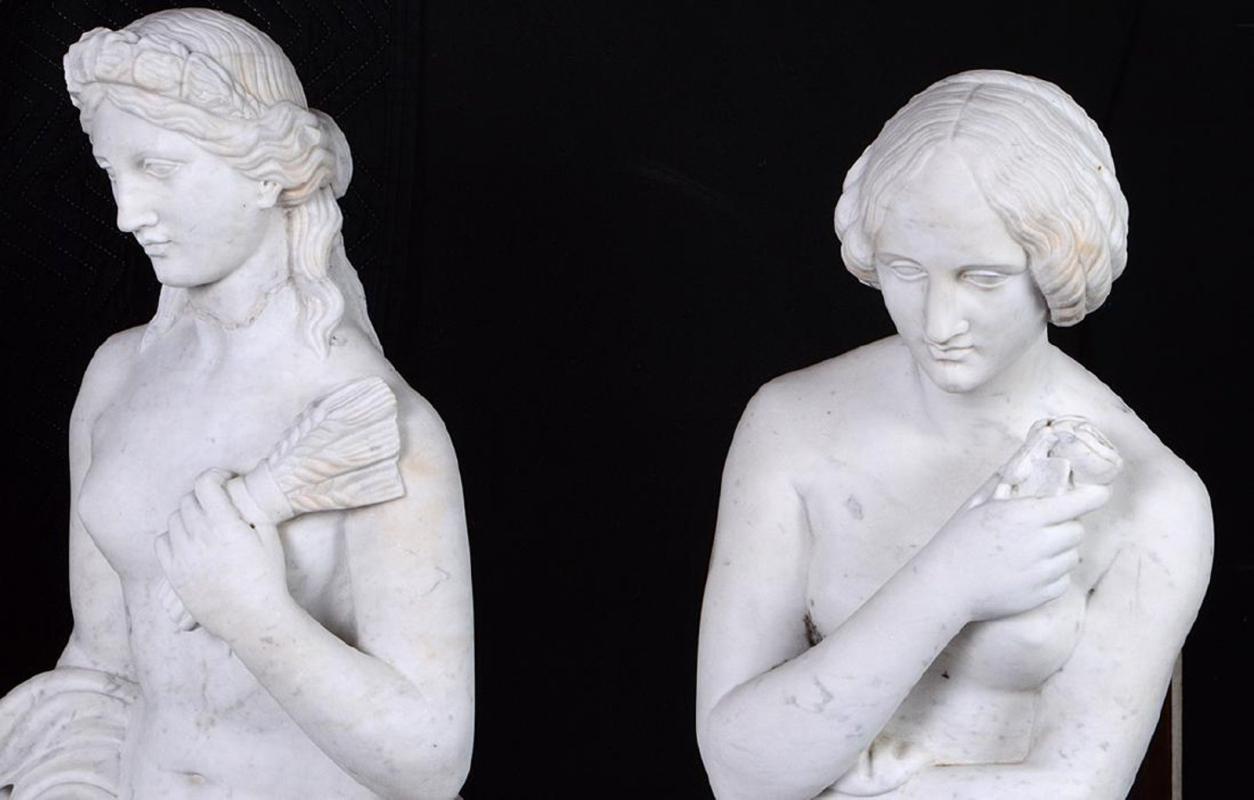 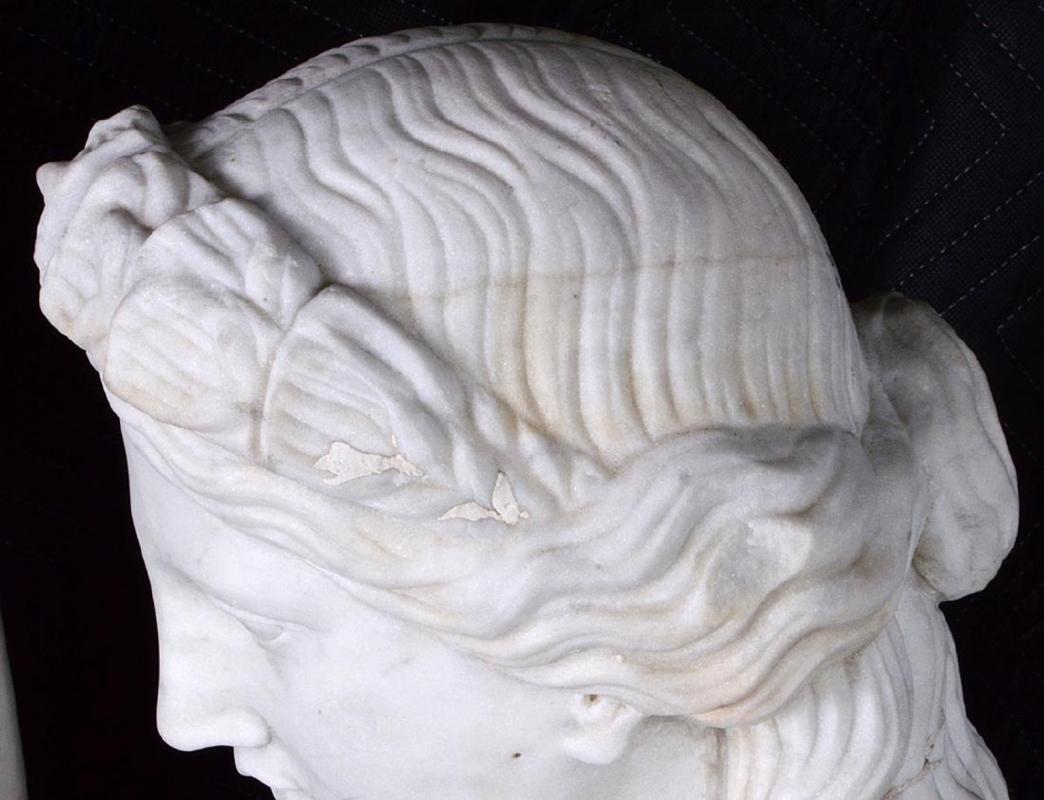 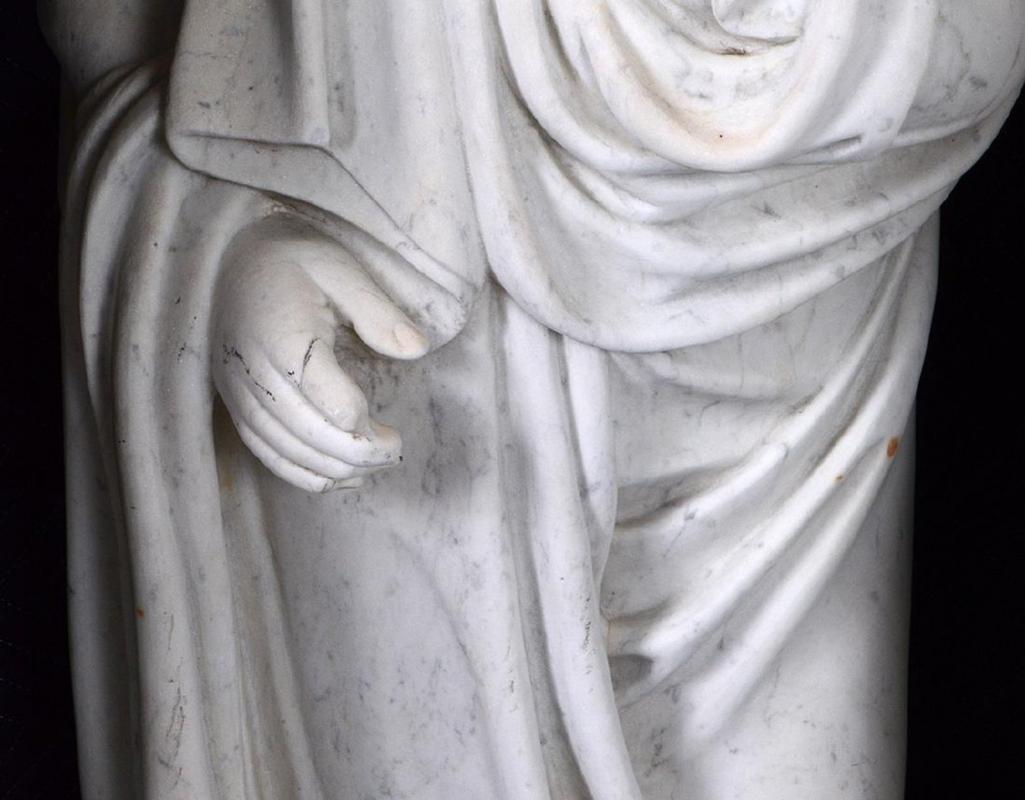 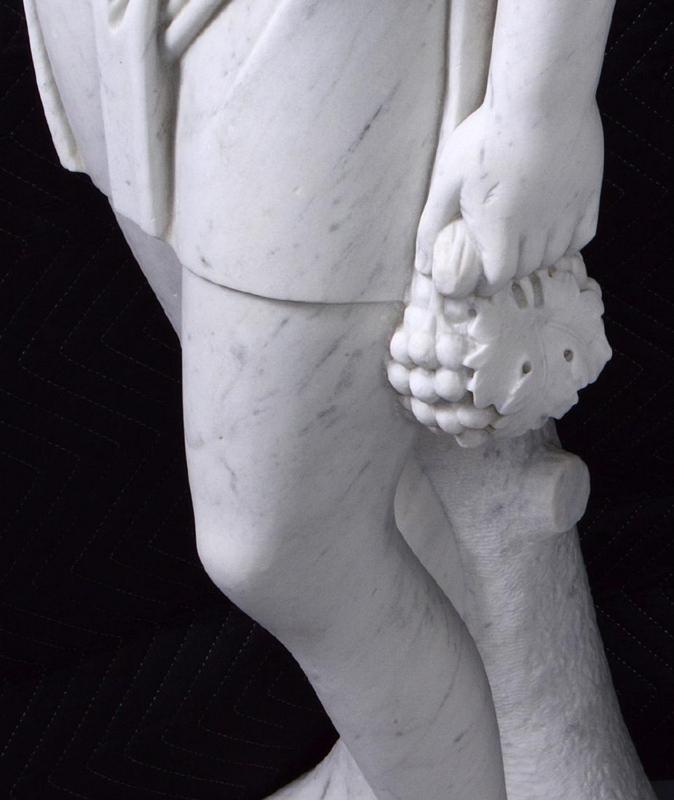 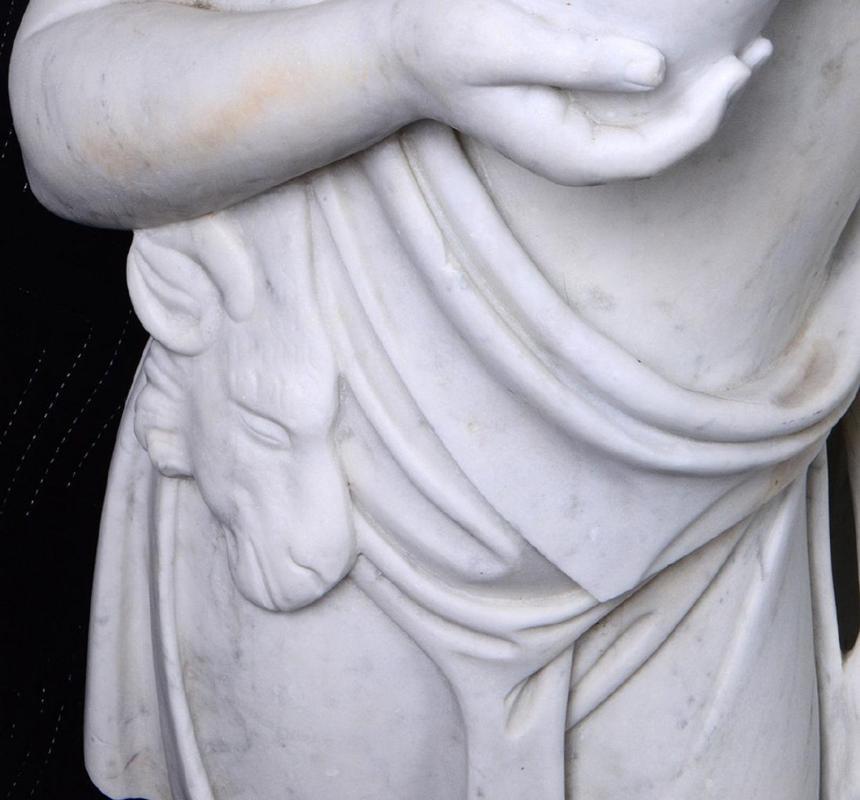 This set of marble sculptures representing the four seasons date from the late 19th to early 20th century, and range in height from 52 to 54 inches (132 to 137 cm).  Unsigned, and likely of Italian origin. Each figure is set upon a stump holding objects of the seasons.  The older man representing winter holds a flaming bowl.  The young maiden representing spring holds sheaves of wheat and a sickle.  The scantily clad young woman representing summer holds a rose blossom.  And the man representing autumn is adorned in goatskin and holds a cluster of grapes.  Overall condition is good and consistent with age.  There are visible restorations to the neck of the spring figure.  The winter figure shows damages to the hand.  There are scratches, discoloration, hairlines, nicks, chips, and may be other restorations.