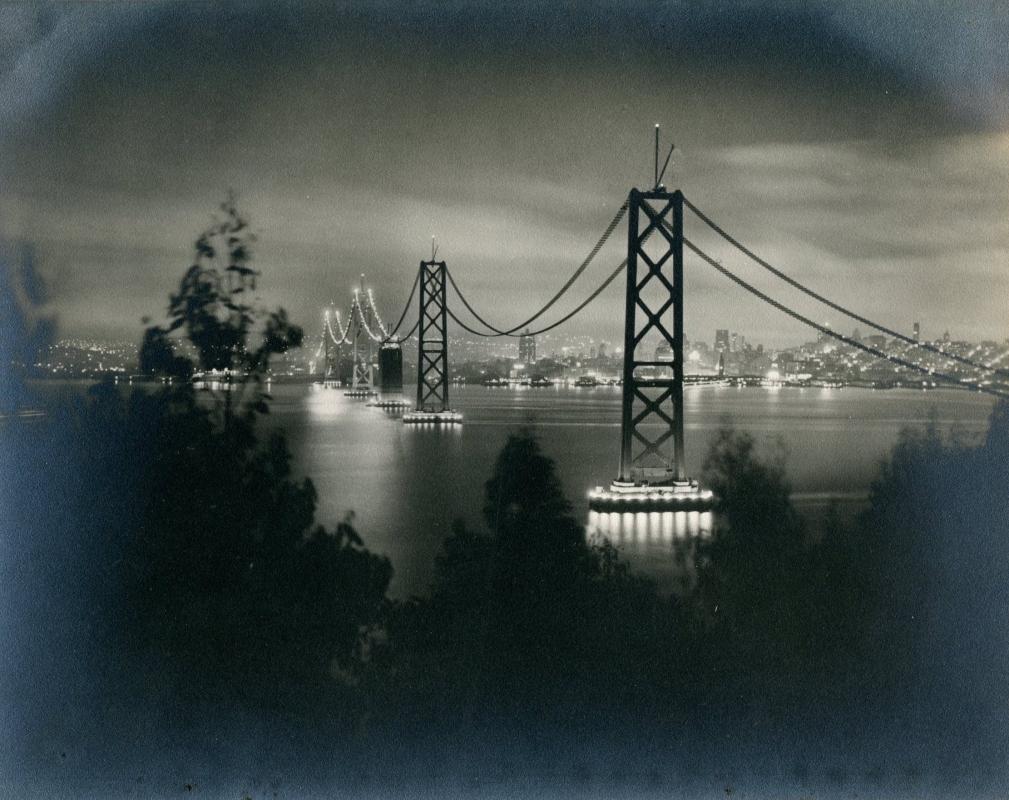 Gabriel Moulin is believed to be the photographer; this print is unsigned, but nother print of the same image (which we previously sold) bears the Gabriel Moulin Studio stamp verso with 153 Kearny St. address, and is dated December 14, 1935. Gabriel Moulin was a very popular commercial photographer working in the San Francisco during the first half of the 20th century. The studio still exists today, now run by the third generation of the family.