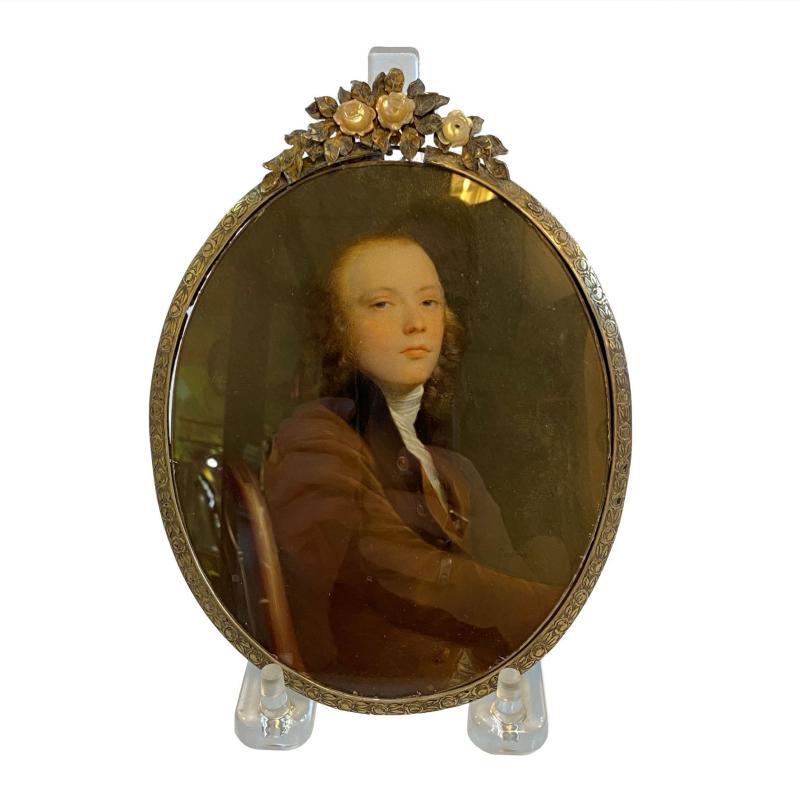 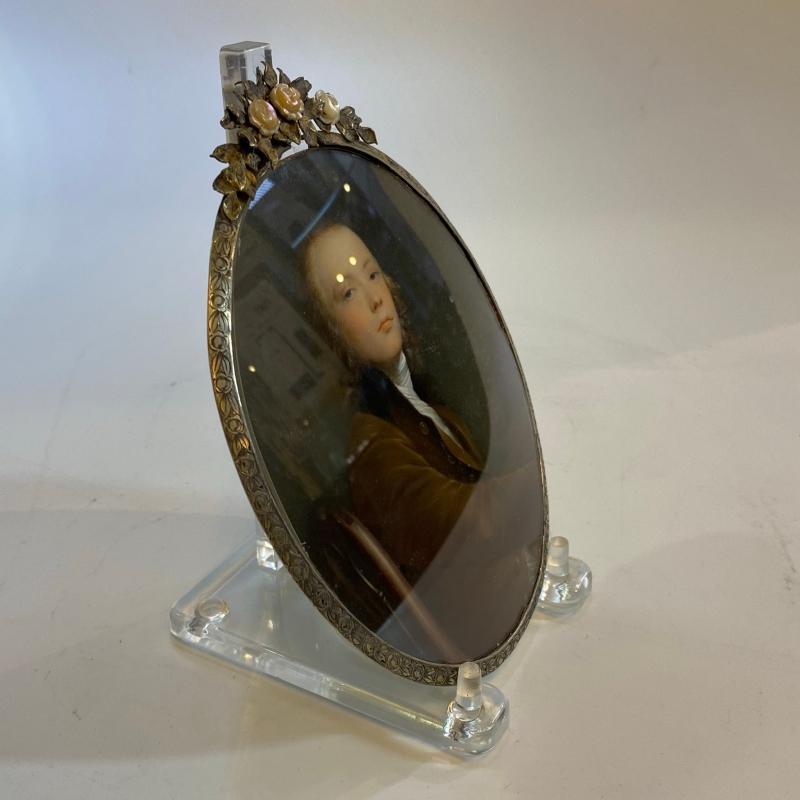 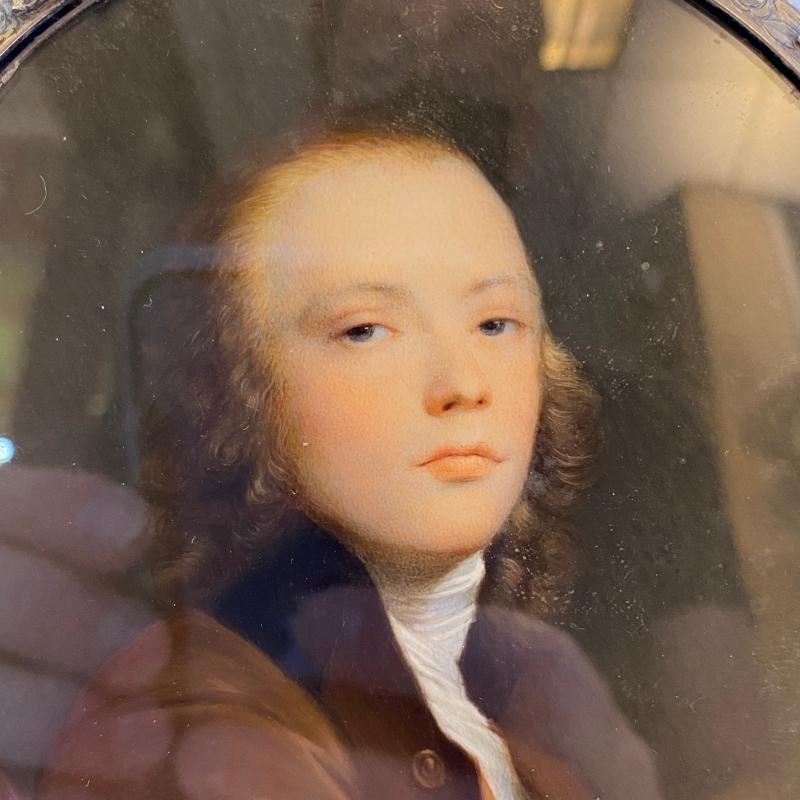 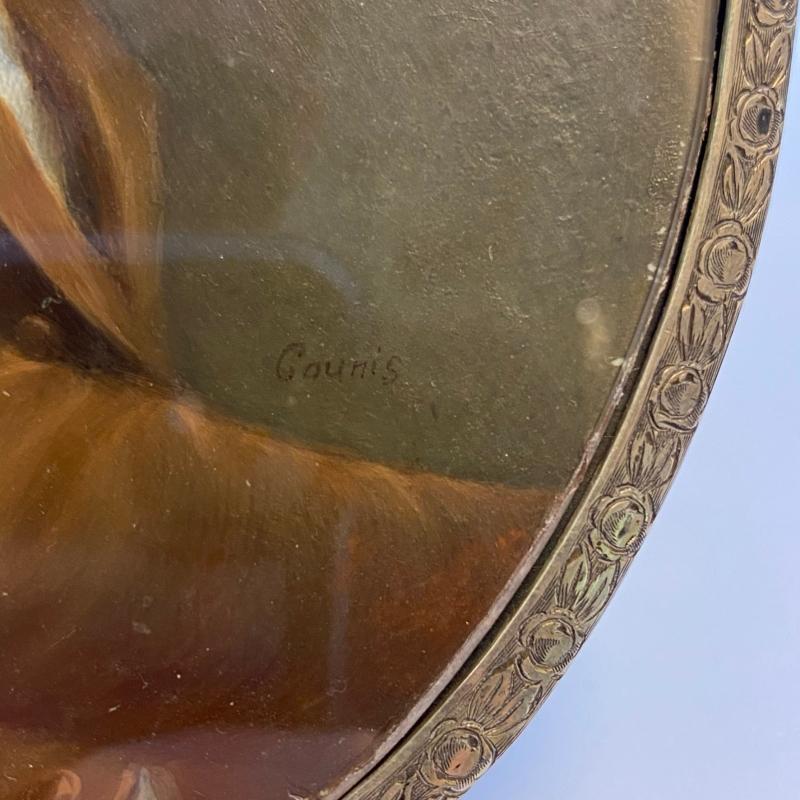 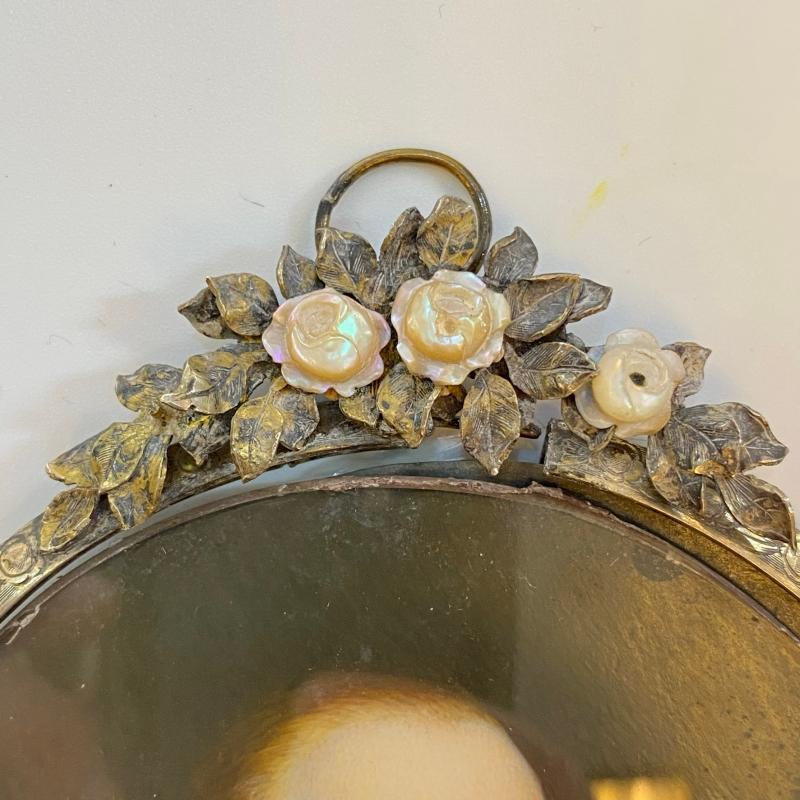 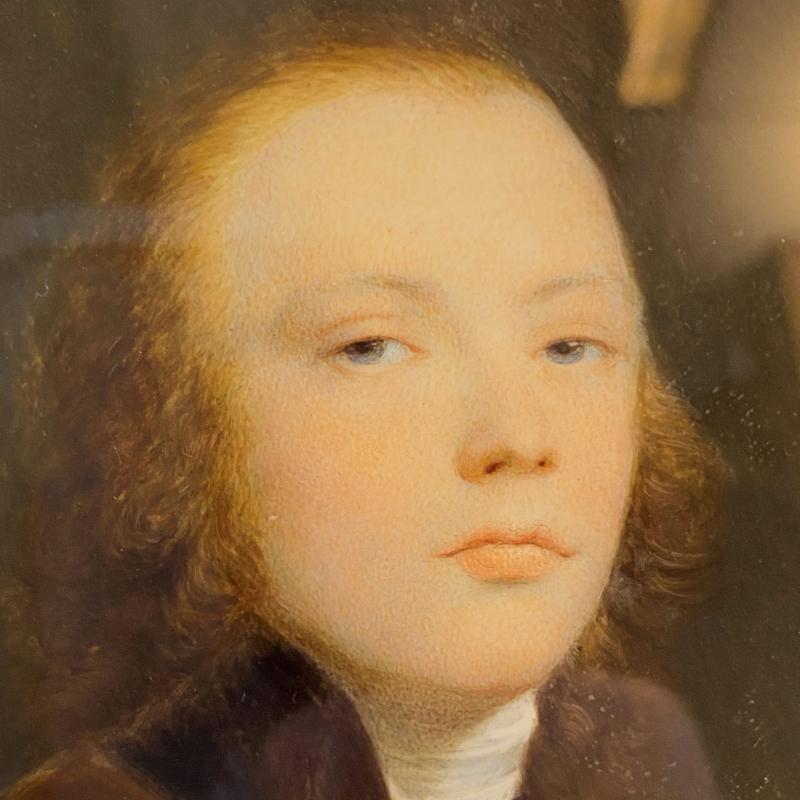 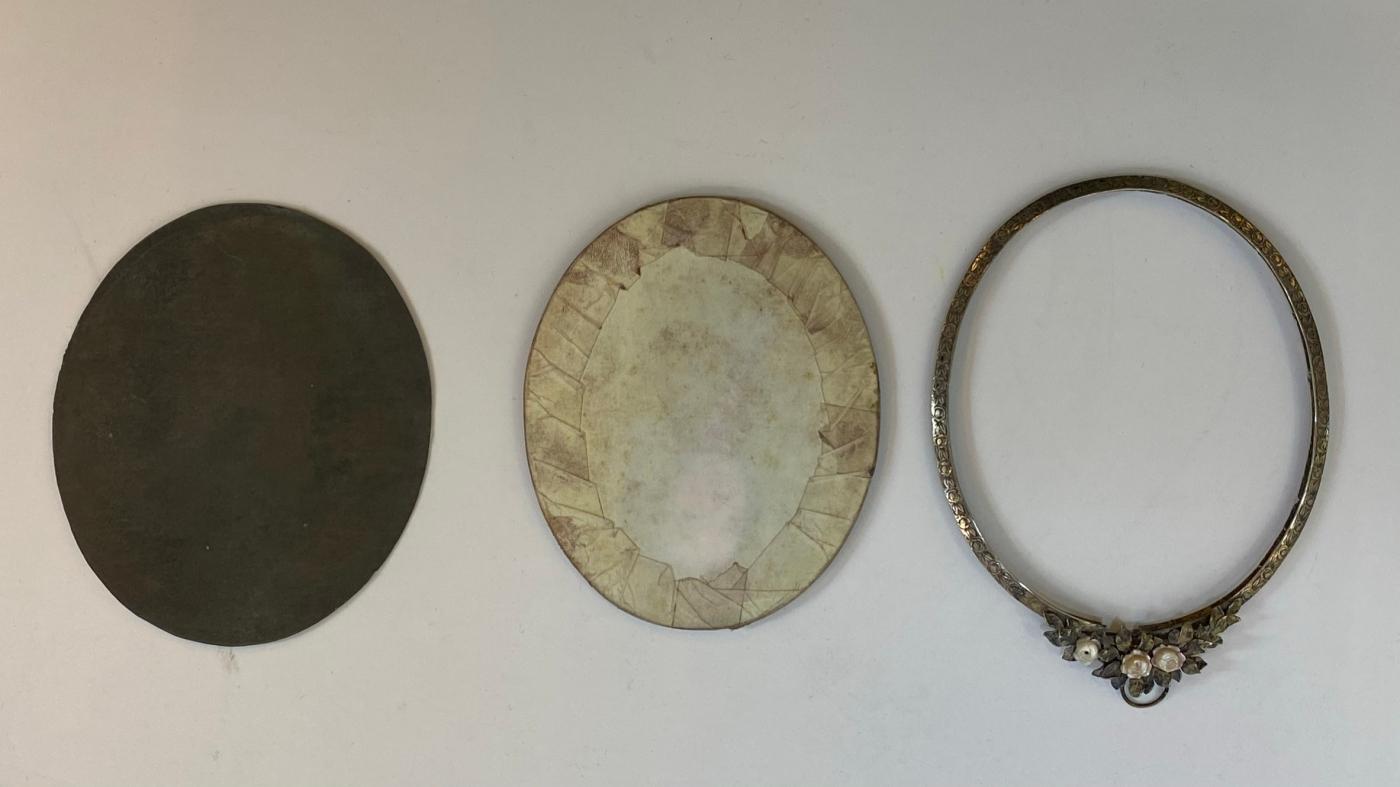 Our impressive reverse painting on glass of a young gentleman is attributed to Salomon Guillaume Counis (Swiss, 1785-1859).  It measures 5 1/8 inches tall and 4 1/4 inches across, and is mounted in its original silver frame.  Signed "Counis" above the shoulder on the right side.  A female portrait of Flora by Counis, in identical frame, can be found in the Kunstsammlung Stadt Biel Ville de Bienne, the city museum of the Swiss town of Stadt Biel, Ville de Bienne.

The artist was born in Kölleda in Thuringia, near Sömmerda.  The son of an engraver, he studied with Wolfgang Adam Toepffer and in Paris with Anne-Louis Girodet de Roucy in 1808.  He was the painter of Élisa Bonaparte, Grand Duchess of Tuscany and sister of Napoleon who took him in 1810 to Florence where he has awardedthe title of "court enamel painter".  During the Restoration he moved to Geneva, and returned to Paris in 1815. He eventually settled permanently in Florence in 1830.

He authored a treatise on enamels entitled "Some memories followed by a dissertation on enamel on porcelain and a small treatise for the use of the painter in enamel" (Éditeur Galileienne, 1842).

• Portraits of Marie-Anne Elisa Bonaparte and her daughter Napoléone Elisa Bacciochi in the collection of the Louvre.

• Enamel portraits of members of Napoleon's family painted in Florence in 1810 and following years, in Ajaccio, Musée de la Maison Bonaparte, Corsica, including among others, Jérôme, King of Westphalia.

• Portrait of Count de Forbin, exhibited at the Salon of 1817 which won the gold medal.

• A young peasant woman in prayer, exhibited at the Salon of 1817.

• Portrait of Madame de Staël after Baron Gérard, exhibited at the Salon of 1822.

• Four portraits of the Duke and Duchess of Berry, during the birth of the Duke of Bordeaux

• Three portraits of the Duchess of Berry in her widow's costume, executed according to the princess's intentions