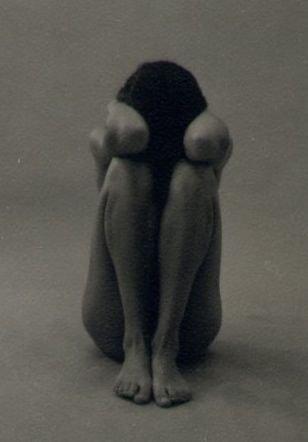 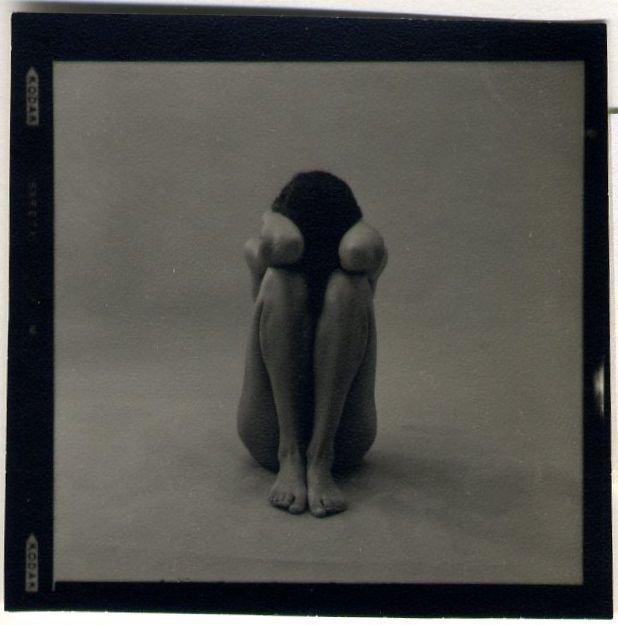 One of a unique group of 11 vintage contact prints of nudes, including many images not previously seen. Signed with title on print verso; also signed on the overmat. Image size in the overmat (as shown) is: 2 x 1.5 inches. The second illustration shows the entire print.