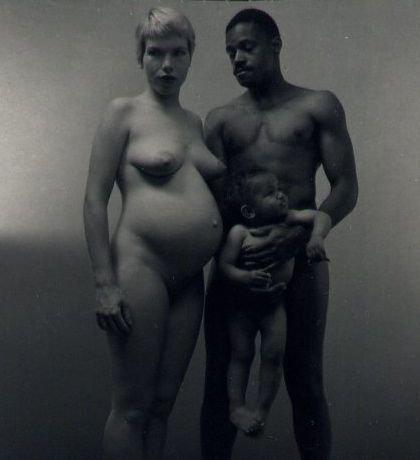 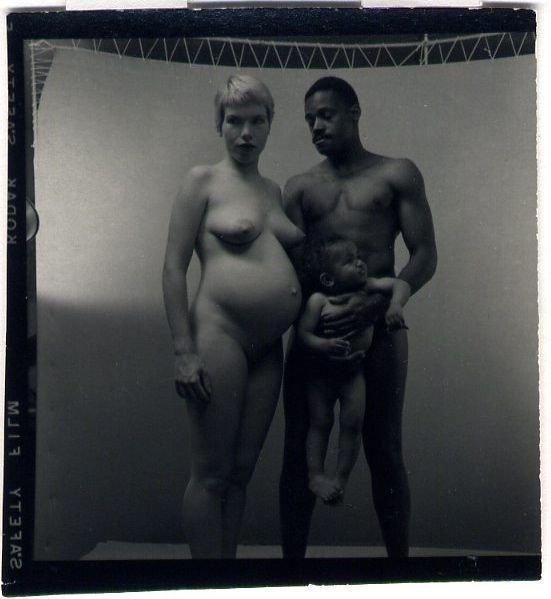 Melvin Van Peebles met Ruth Bernhard when she made the photographs for his book 'The Big Heart' about his then-life as a San Francisco cable car gripman. He subsequently became a well-known film director. The baby pictured is possibly Mario, now a popular film actor.