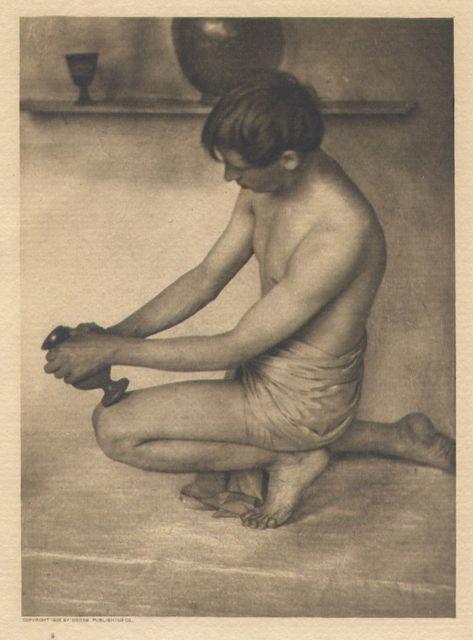 Tipped to the original backing. Adelaide Hanscom Leeson (1876-1932) was an important pictorialist photographers working at the beginning of the 20th century. Dividing her time between San Francisco and Seattle, she drew critical acclaim in 1905 with the publication of the now scarce Rubaiyat of Omar Khayyam in which she illustrated this famous poem with 28 tissue photogravures from her original photo sessions. Among her models were George Sterling and Joaquin Miller, the poet laureate of California. Her photographs were also published in Stieglitz's Camera Work. Her work, often in partnership with Blanche Cumming, is significant for its rare use of photography to illustrate literature, a practice begun in the 1860s by Julia Margaret Cameron.