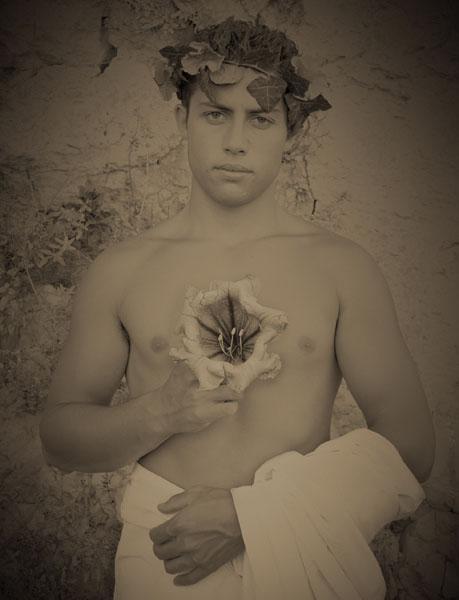 Number 1/15. Editioning stamp verso, with signature and title. From the artist's statement: 'My interests in the male image and a return to classicism drew me to the work of the German photographer Baron Wilhelm von Gloeden (1856-1931)....Research on Von Gloeden took me to Florence, Italy, where over 300 of his original glass plate negatives are housed in a collection. After studying the plates, and seeing first hand the spirit and beauty that he captured, I knew I had to go to Taormina.... A descendent of Pancrazio Bucini (called il Moro), Von Gloeden's model and later assistant to whom the photographer left his entire estate, helped me secure the assistance of a Sicilian youth who modeled for these images. Like Von Gloeden, I photographed amongst Taormina's Greco-Roman ruins, using artifacts and classical compositions, to evoke the Golden Age of Greece.'