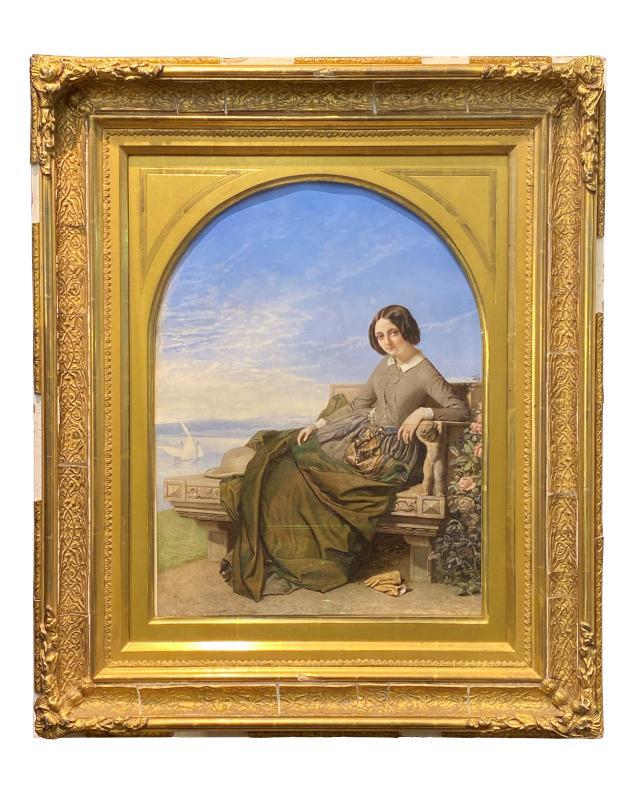 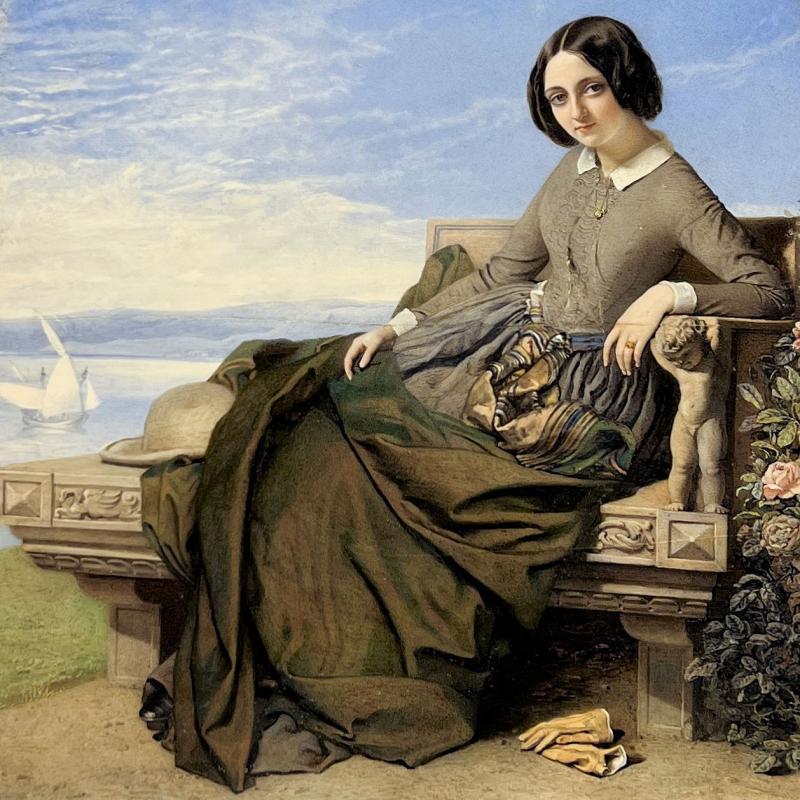 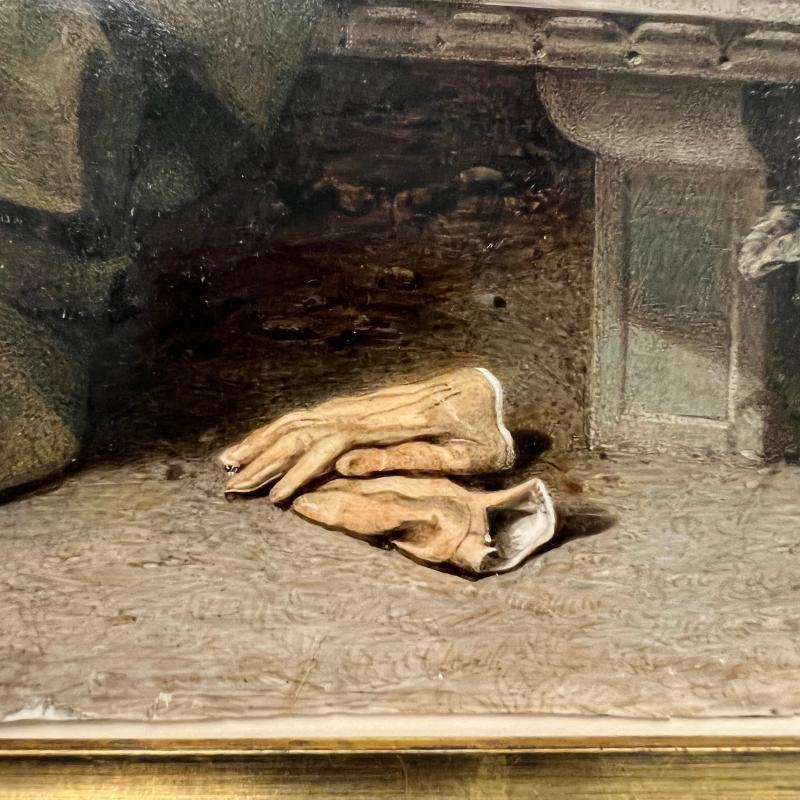 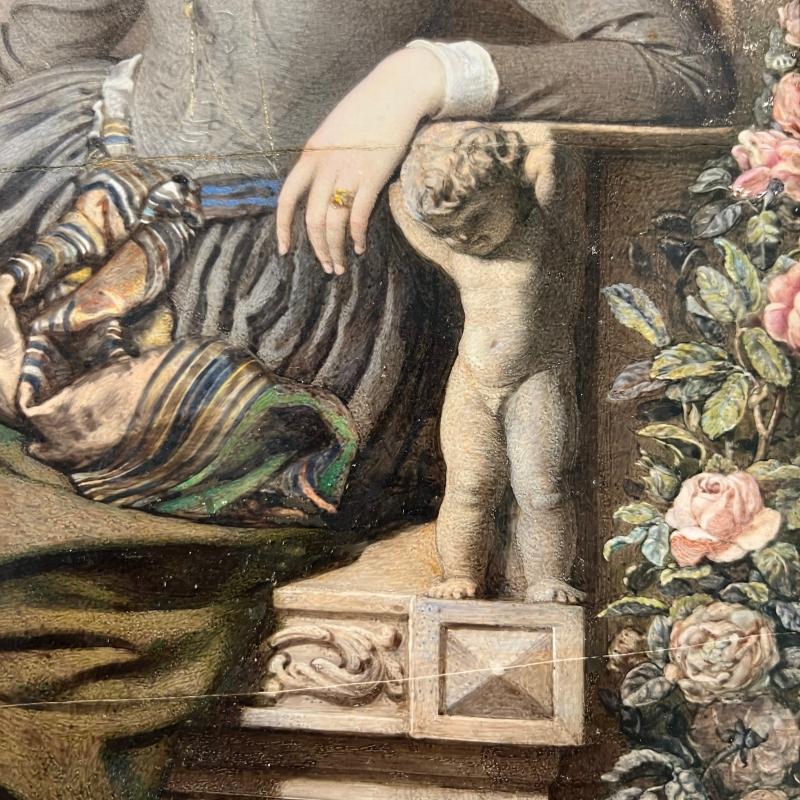 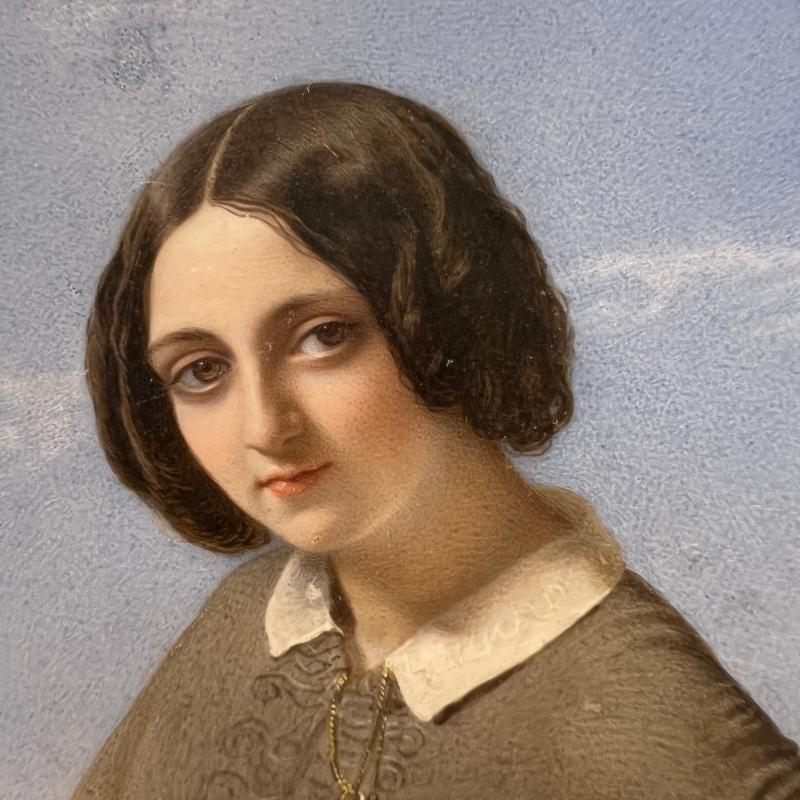 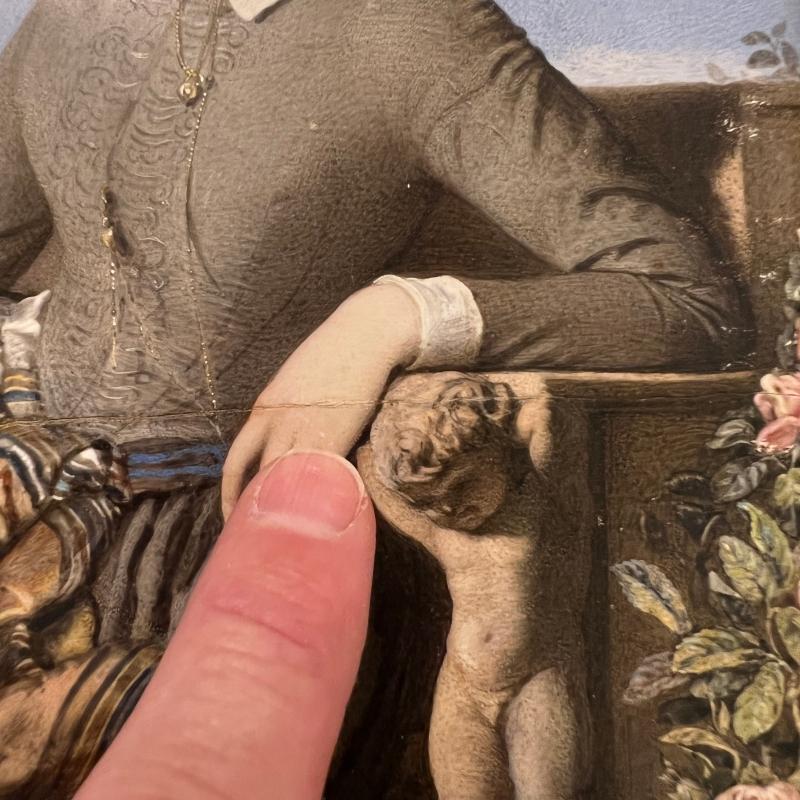 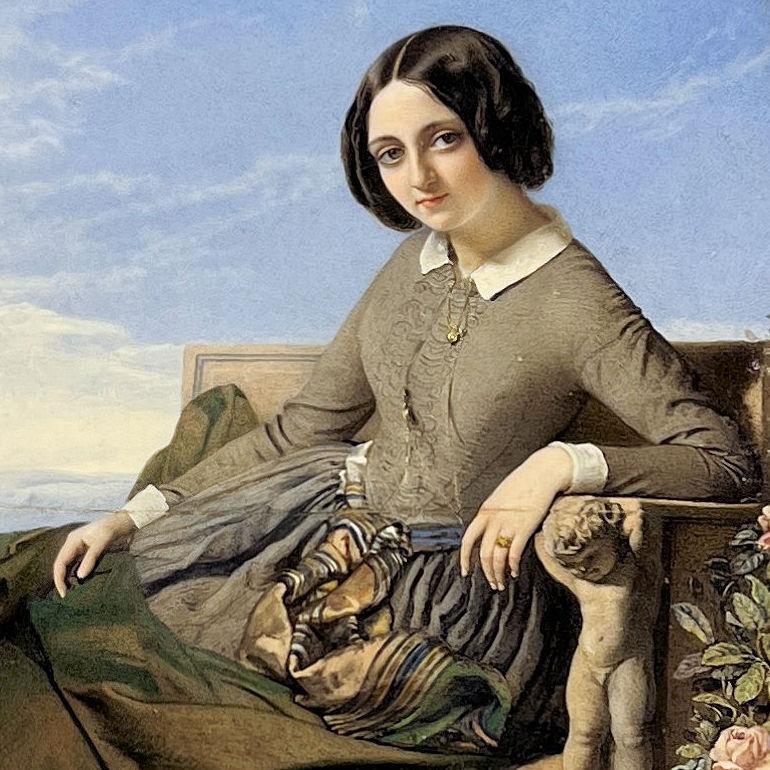 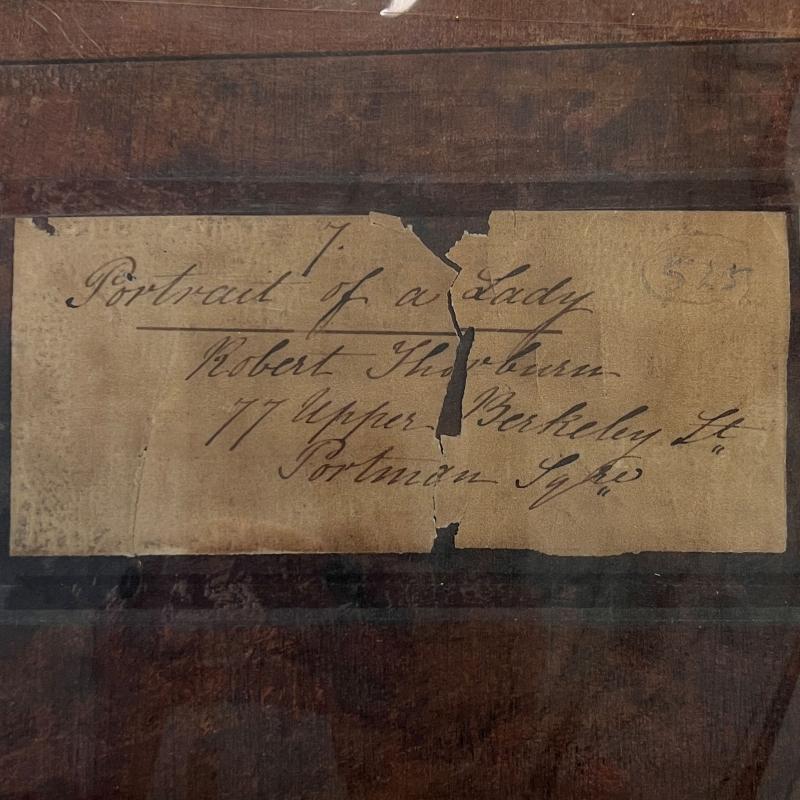 Its condition is good.  There is a horizontal crack spanning the entire width across the middle of the painting.  The frame has numerous and obvious gesso losses.

Thorburn was born in Dumfries and at the age of fifteen studied at the Scottish Academy under Sir William Allan (1782-1850).  He moved to London in 1836 to enter the Royal Academy Schools where he focused on miniatures.

A miniature (6 5/8 by 5 5/8 inches) by Thorburn of Queen Victoria resides in the collection of the Royal Collection Trust. That work on ivory depicts Victoria in mourning following the death of Prince Albert's father, Ernest I, Duek of Saxe-Coburg and Gotha.  Dating from 1844, it was the first of several sittings provided by the queen and led to additional royal commissions into the 1850s.

Thorburn achieved a gold medal at the Exposition Universelle in Paris in 1855.