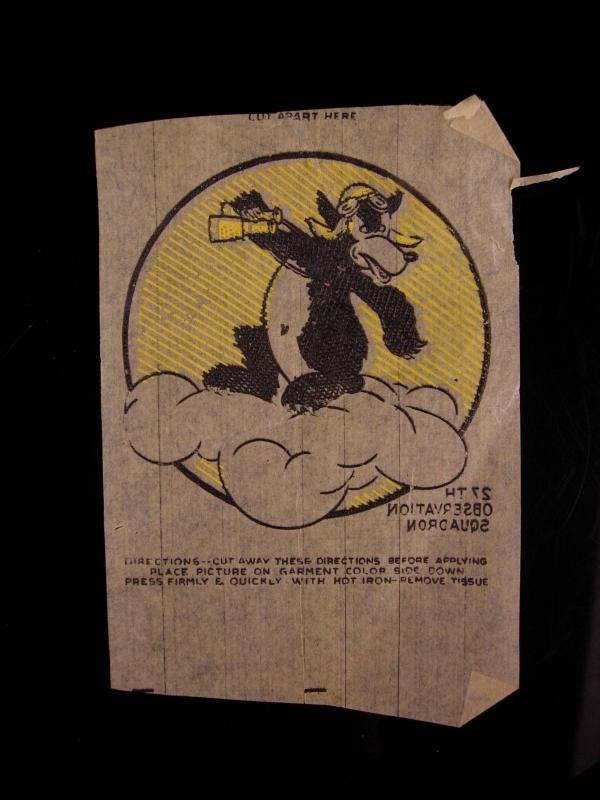 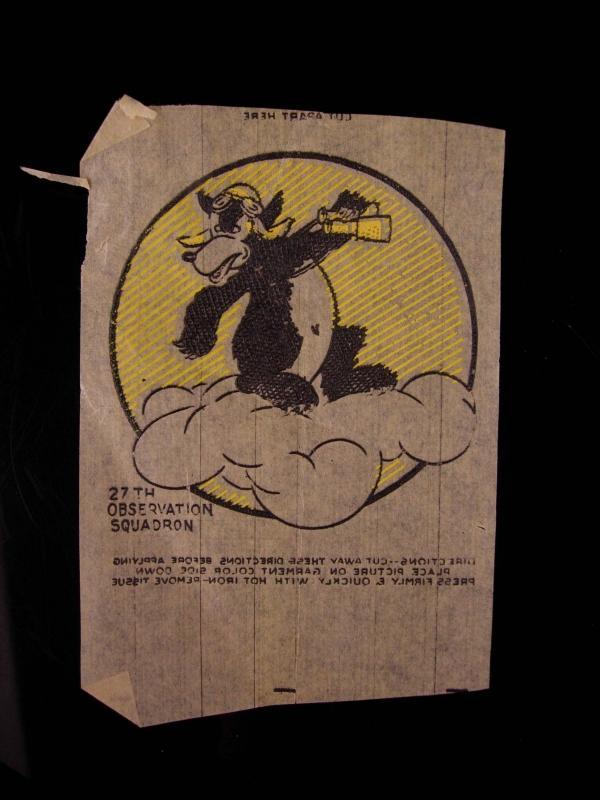 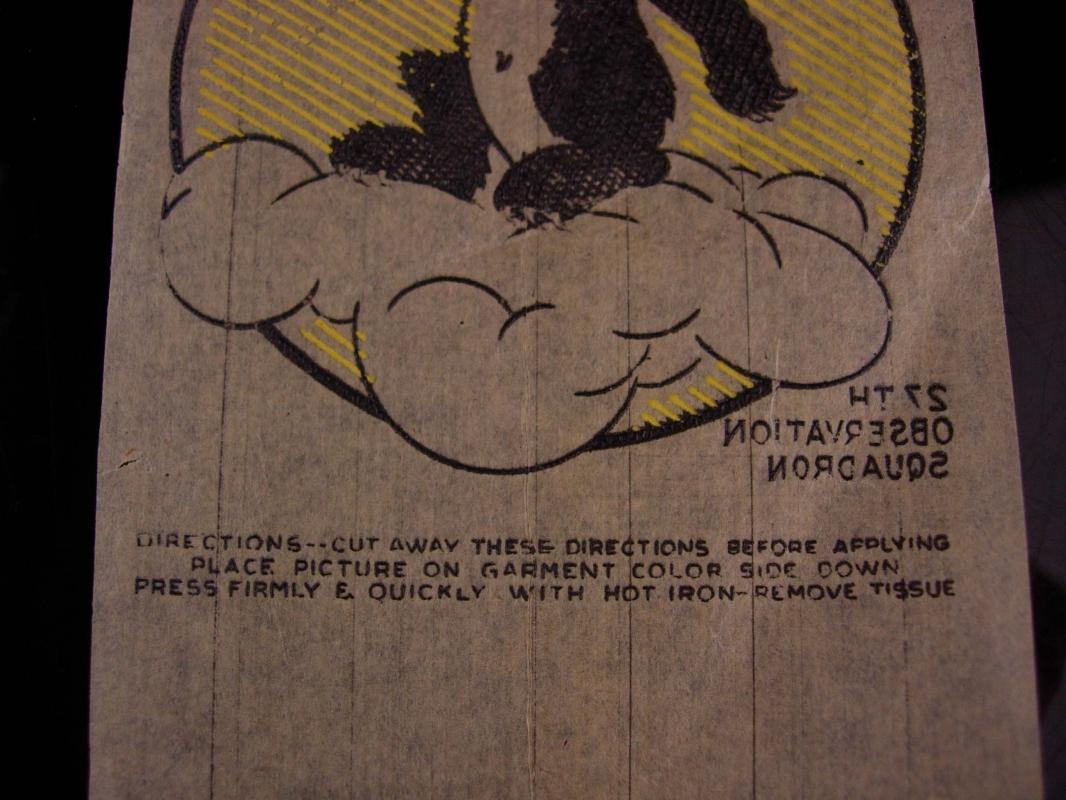 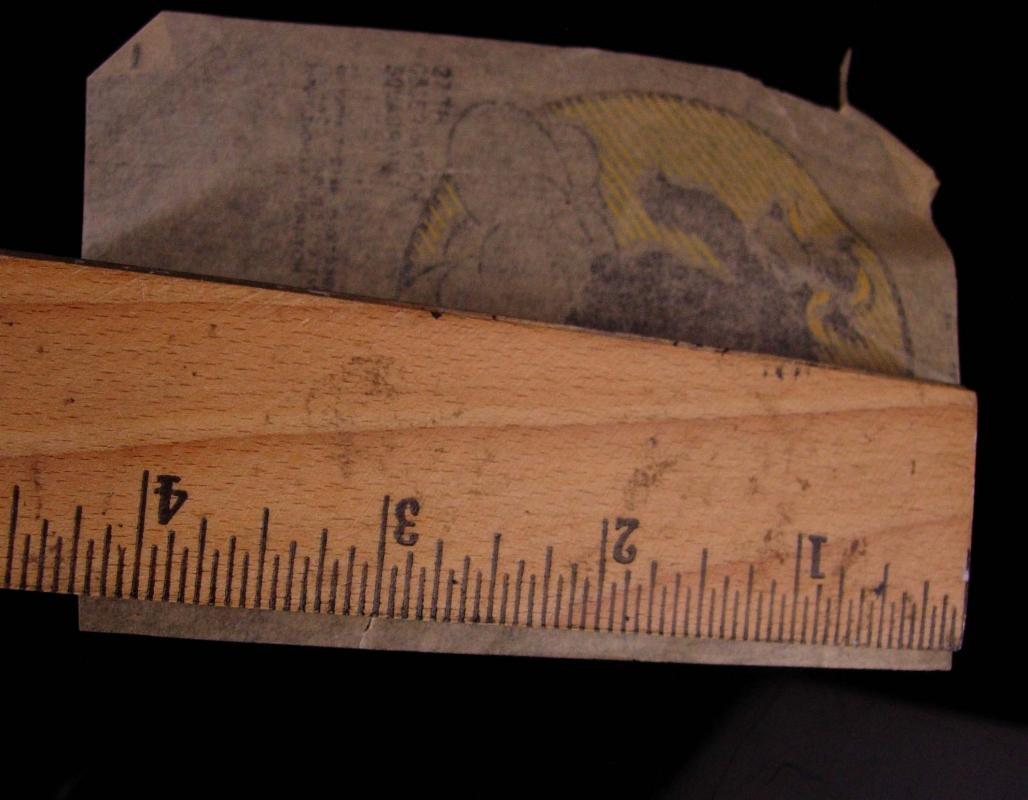 This is a Vintage 27th Observation Squadron Iron On Military Combat Insignia with a 2 7/8 Inch Diameter. These iron ons were mainly drawn by the Walt Disney cartoon artists back in the early 1940s. The directions on the back say, "Cut away these directions before applying place picture on garment color side down press firmly & quickly with hot iron-remove tissue. The 7th Special Operations Squadron provides day and night, as well as adverse weather low-level deliveries of troops and supplies into denied areas. The 7th Special Operations Squadron traces its lineage to the 27th Tactical Reconnaissance Squadron which was originally constituted as the 27th Observation Squadron on 1 July 1942 and activated on 17 July 1942 at Godman Field, KY. Tasked with aerial support for training ground forces, it was redesignated as the 27th Reconnaissance Squadron on 2 April 1943, and as the 27th Tactical Reconnaissance Squadron on 11 August 1943, it was assigned to the 77th Observation Group, before being disbanded on 30 November 1943 at Birmingham AAB, AL. Aircraft operated by the unit were the O-47, L-1, and L-4 (1942) and the P-39 (1942-1943). This iron on is in good vintage condition. Combat Iron Ons