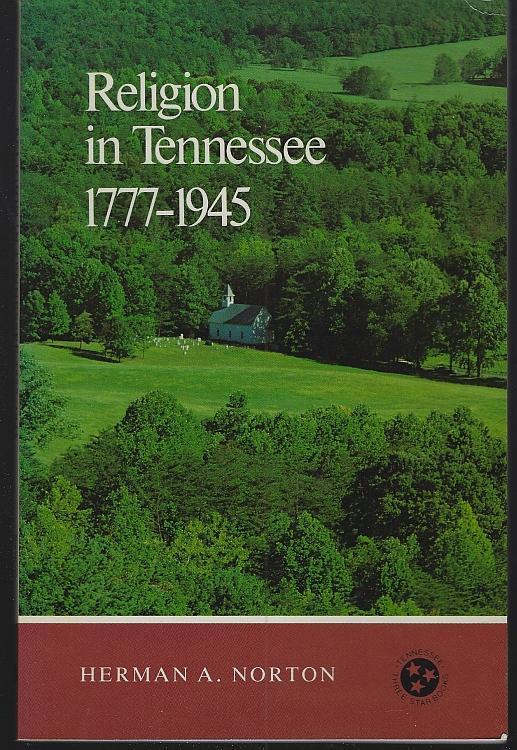 Religion in Tennessee, 1777-1945 by Herman Norton. Knoxville, Tennessee. University of Tennessee Press. 1981. First Edition. Softcover. Very Good. Edgewear. From the establishment of the first Presbyterian congregation in 1777 to the beginning of the New Age in 1945, religion has played an important role in the development of Tennesssee's society and culture. Black and White Illustrations. 125 pages.