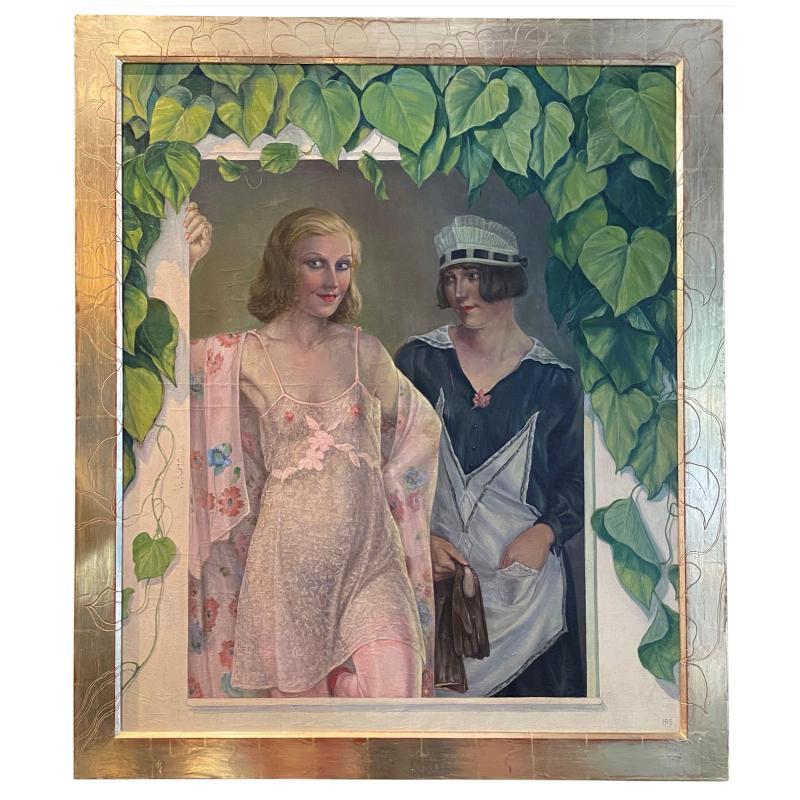 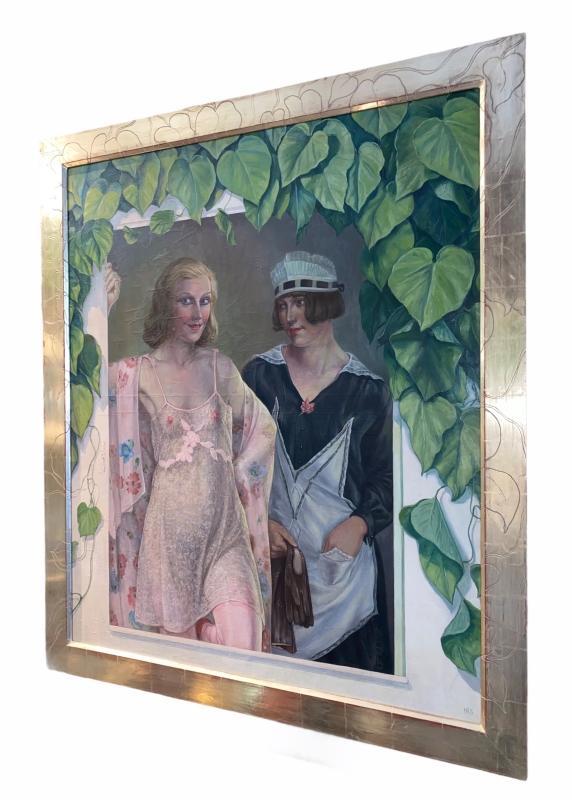 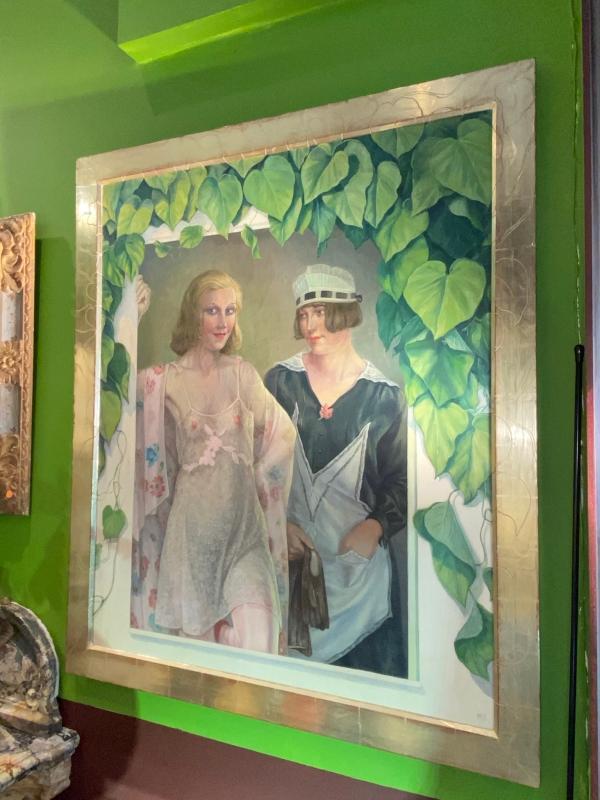 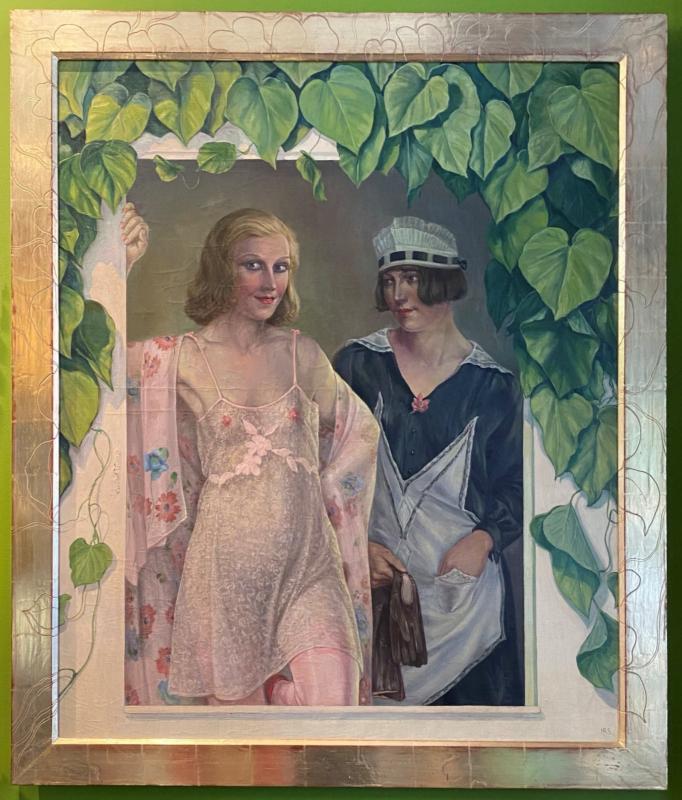 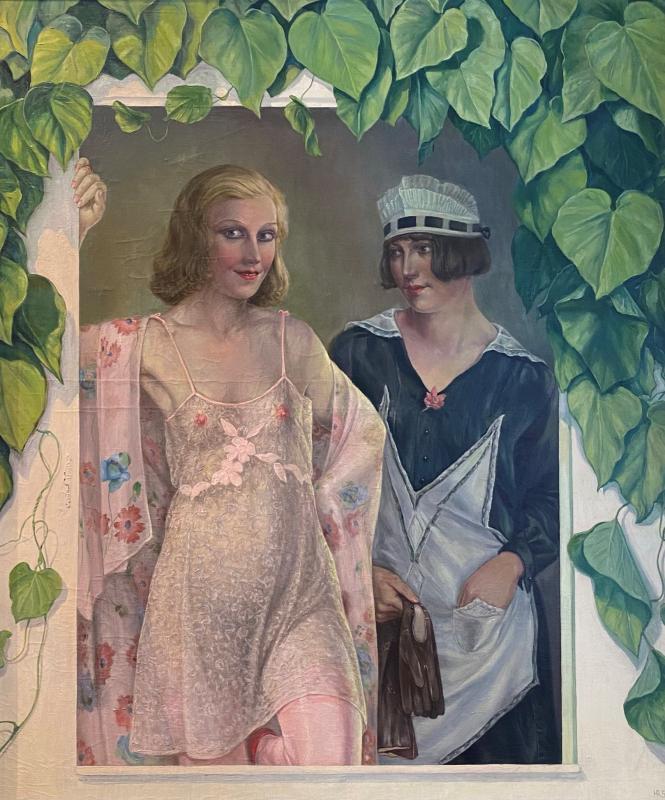 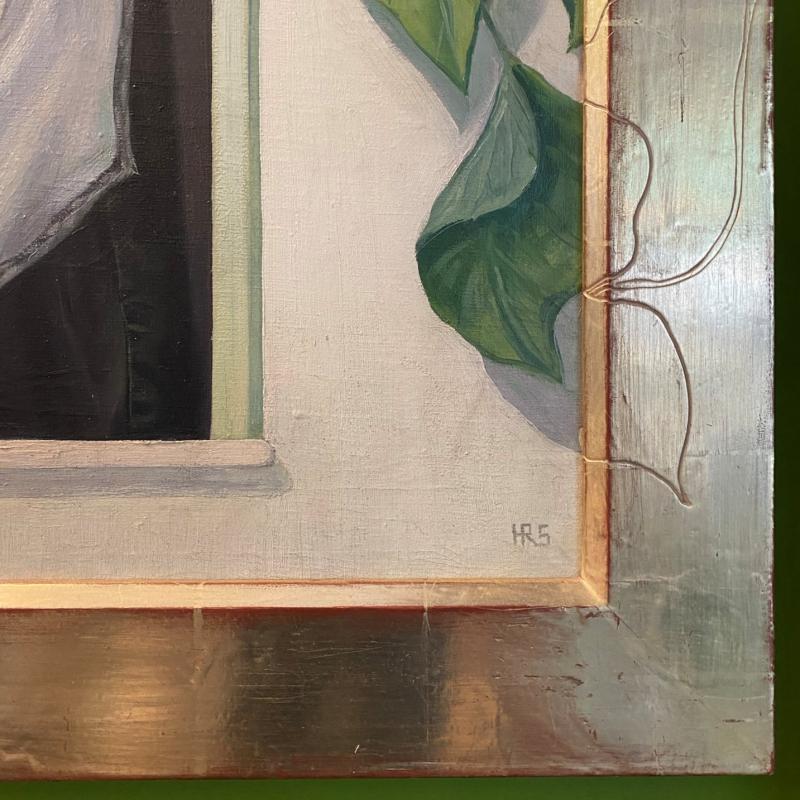 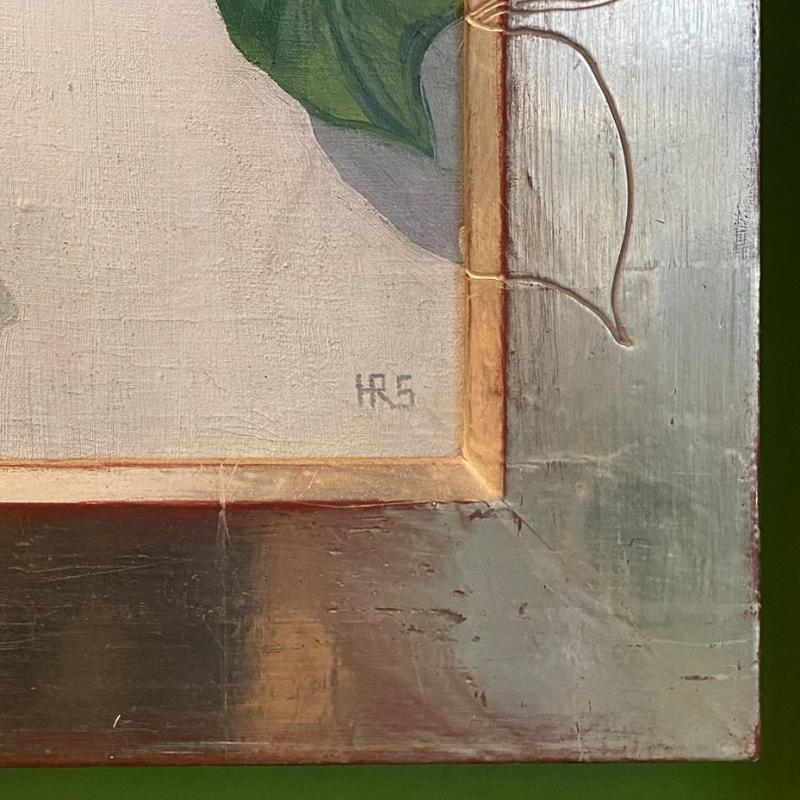 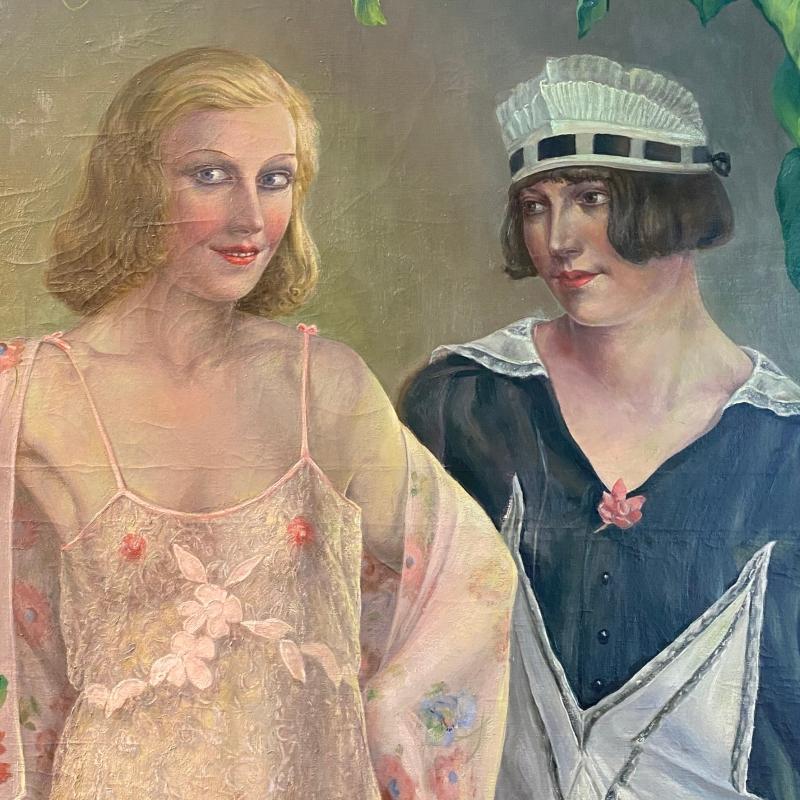 Our charming painting depicting two female models by Herbert Rolf Schlegel (German, 1889-1972) resides in its original silver-gilt frame.  With the artist's monogram, HRS, in lower right corner.  Believed to date from the 1920s, the artist depicts a blonde in lingerie with her attending maid at her side, gazing on the viewer while standing at a window surrounded by ivy that the artist painted onto the silver gilt frame.

Known for landscapes, portraiture and figuarative art, Schlegel was a contributor to the New Objectivity movement that originated in Germany in the 1920s as a challenge to Expressionism. Leading painters of the movement known for their figurative art include Max Beckmann, Otto Dix, and George Grosz.