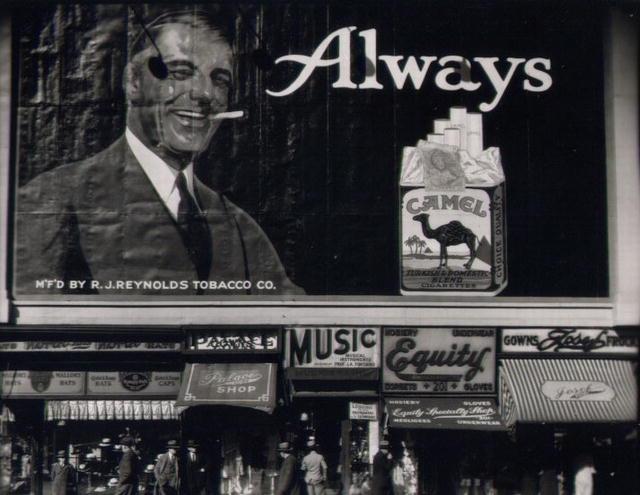 Signed and dated verso.
Ralph Steiner was a student of the Clarence White School of Photography, which, despite White's prominence as a Pictorialist, produced a number of the first American photographers to respond to the new Modernism. Steiner was very impressed by the work and technical quality of Paul Strand's pictures. Illustrated in'The American Century, Art & Culture 1900-2000' (Whitney Museum) where Barbara Haskell writes: 'Steiner was attracted to billboards because of their bold, geometric patterns .... His respect for angular design and flat, abstract patterning had been nurtured by his study at the Clarence White School ... [where] he had been guided ... to privilege structural principles over subject matter and to emphasize the spaces between objects as much as the objects themselves.
Please see the other Ralph Steiner photographs on this site by searching "Steiner".
Keywords: abstraction; sign; street documentary SML signstimes