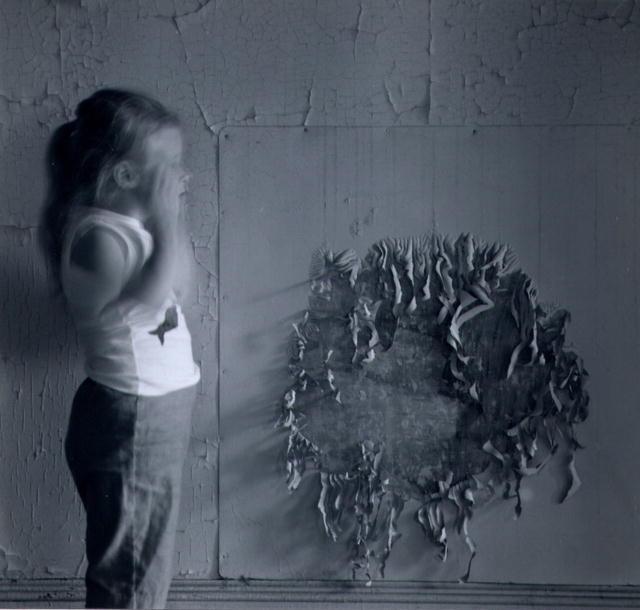 From the portfolio 'Ralph Eugene Meatyard: Portfolio Three'. Portfolio wet stamp, verso, indicating this print was made at the Center for Photographic Studies from Meatyard's original negative.

"Ralph Eugene Meatyard made photographs that are startling in their directness and, at the same time, infused with surprising tenderness. Some images are bizarre and even haunting, while others are overtly romantic. When looking t a selection of Meatyard's photographs, one might think that several different photographers made them. ... Each project seems to have been created with a different eye and a different sensibility. But seeing the work over time, one begins to understand the development of his visual thinking and the links between the different stages of his relatively short but prodigious career. From his first images to his last, Meatyard never lost his focus on the force of human presence, even in its absence." (from: Cynthia Young, Introduction, "Ralph Eugene Meatyard", International Center of Photography, 2004.)