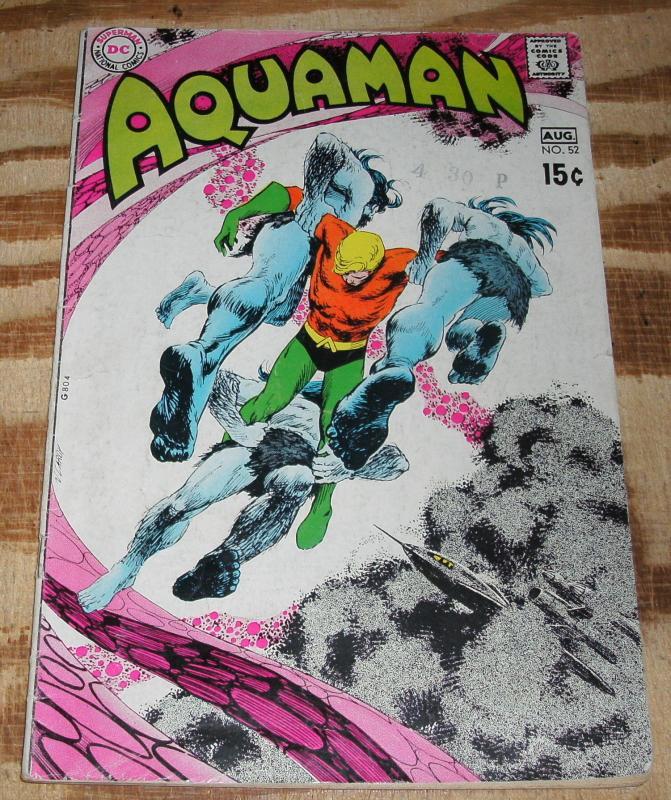 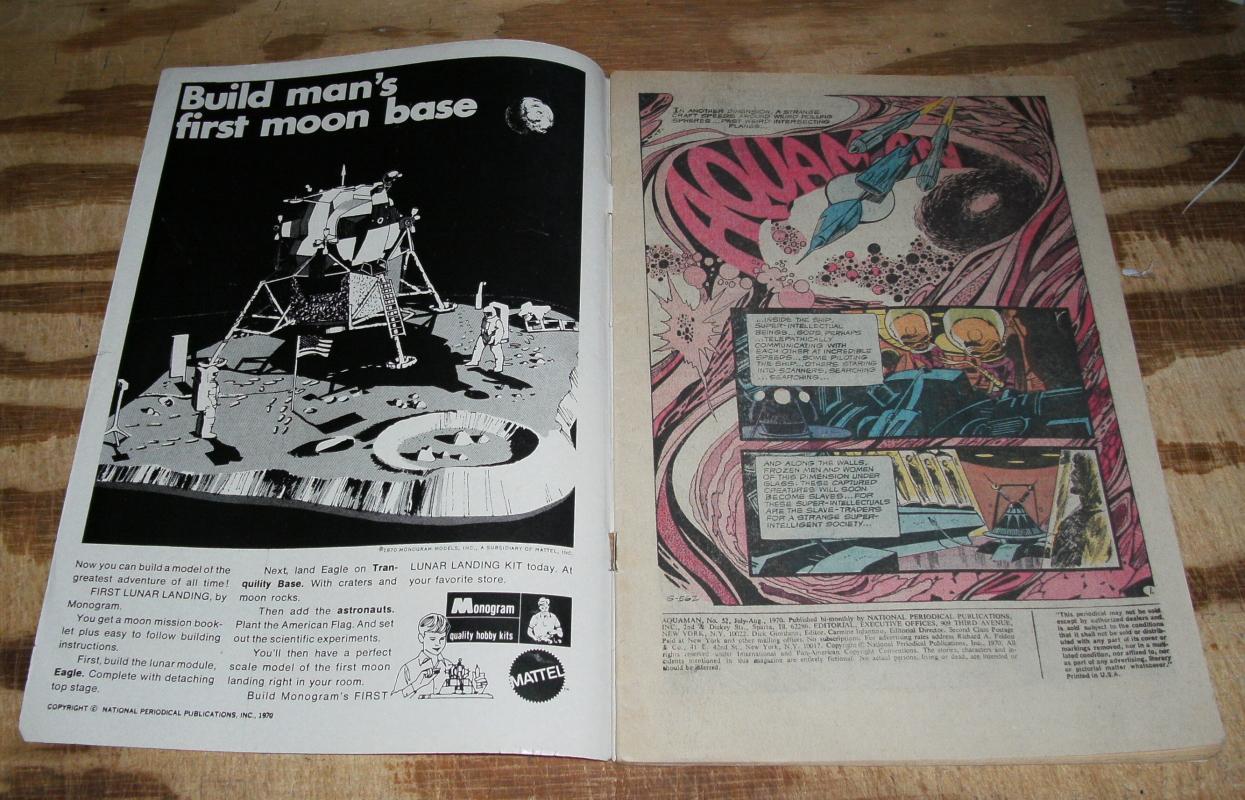 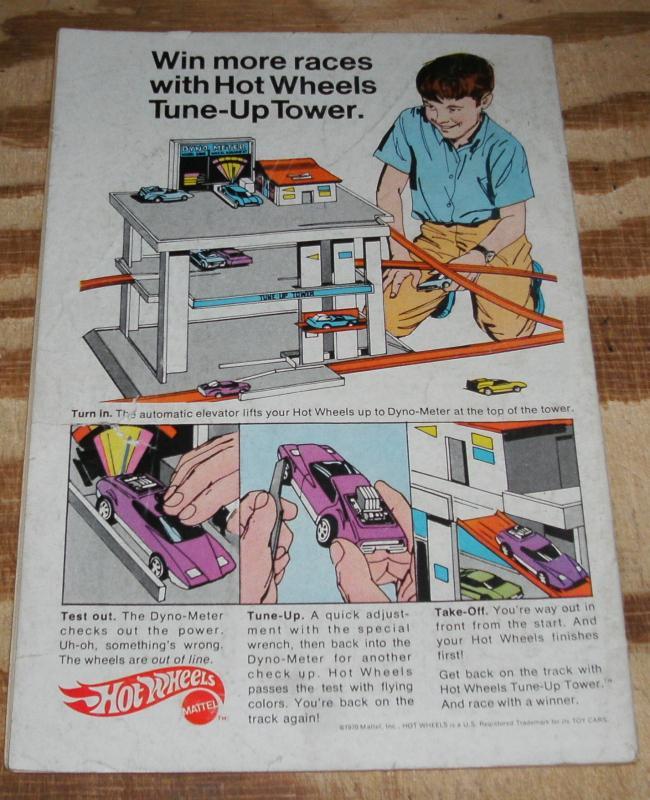 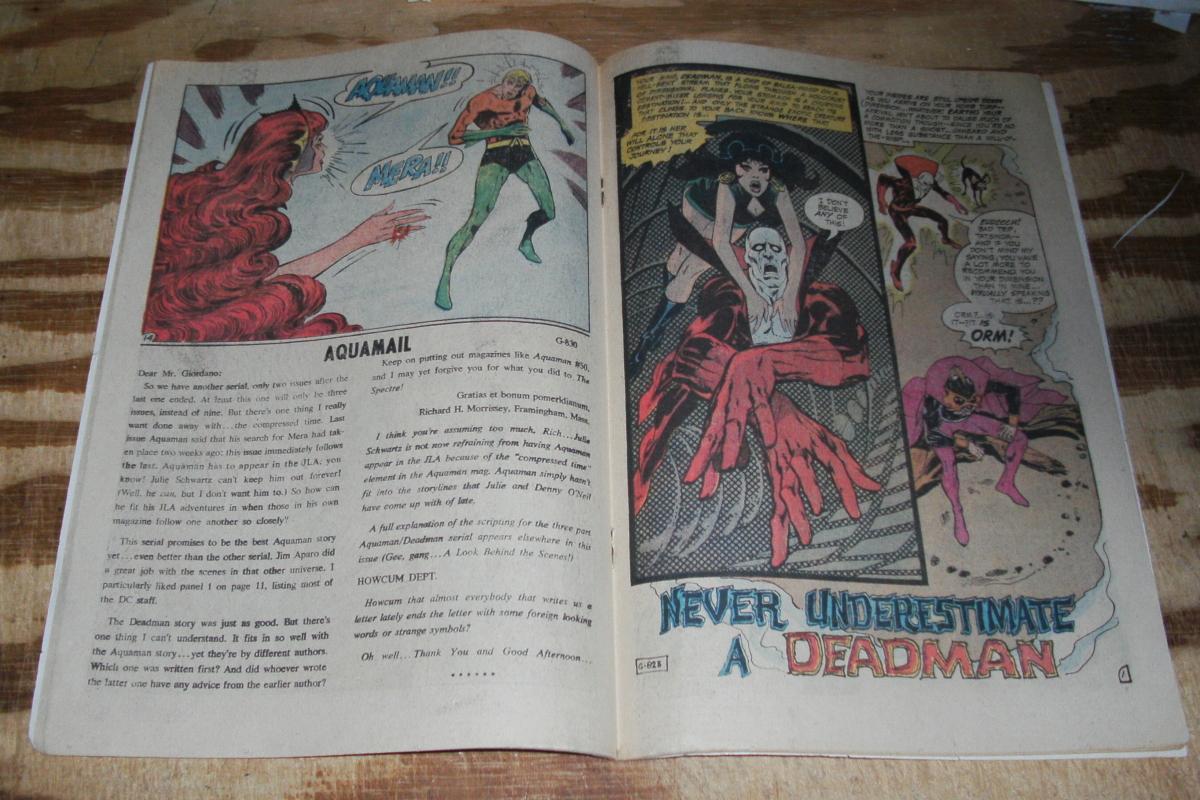 * STORY 1: Aquaman’s and the girl’s battle with the caveman tribe is cut short by the arrival of a spaceship controlled by alien slavers who transport the two of them inside their craft, intending to make them slaves. When he recovers, Aquaman is able to break free of the tube imprisoning him, and defeats the slavers in battle, though he has to leave the girl behind when he escapes. At that point he runs into the caveman tribe again, is knocked unconscious, and is bound for their “extermination chamber”

* STORY 2: Deadman and Tatsinda emerge on Earth near Ocean Master, who is bewailing his fate. Sighting the alien craft some distance away, Deadman possesses Ocean Master and enters the aliens’ vessel, conversing with them and learning of their plot to conquer Earth by blasting it with intelligence-destroying rays. He also learns that since they do not believe in taking life, they merely sent Aquaman into a subatomic universe in his wife Mera’s ring. Deadman uses Ocean Master’s body to attack them, but the alien's ray down Orm’s body and place themselves in a trance, closing themselves to any possession attempts.