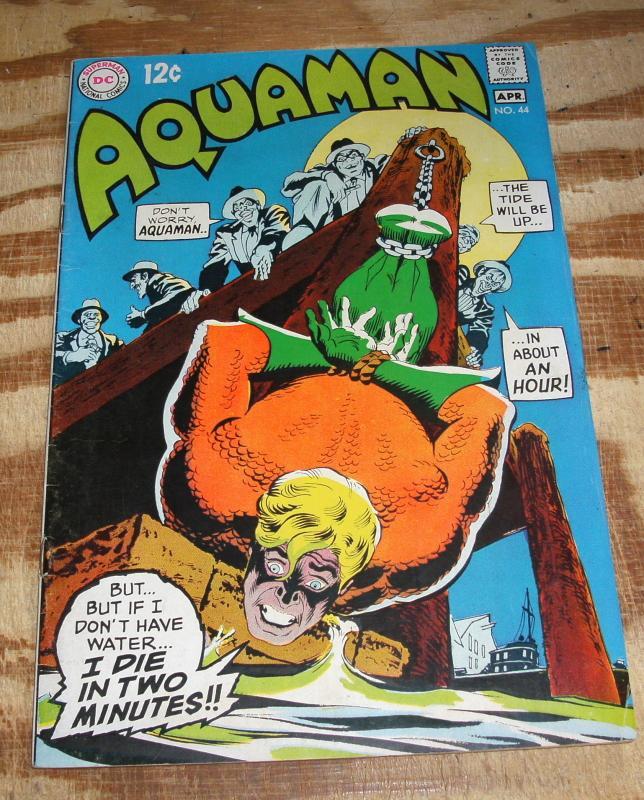 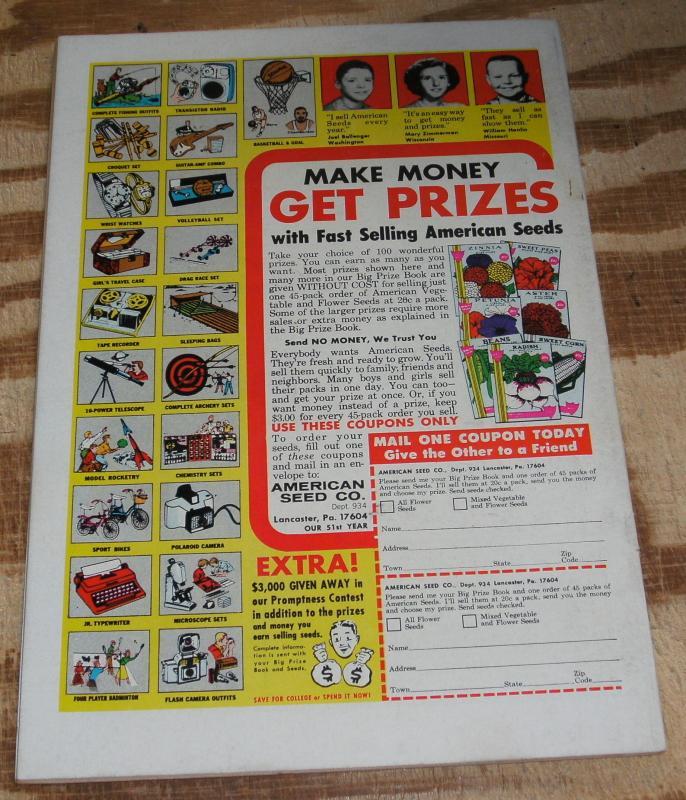 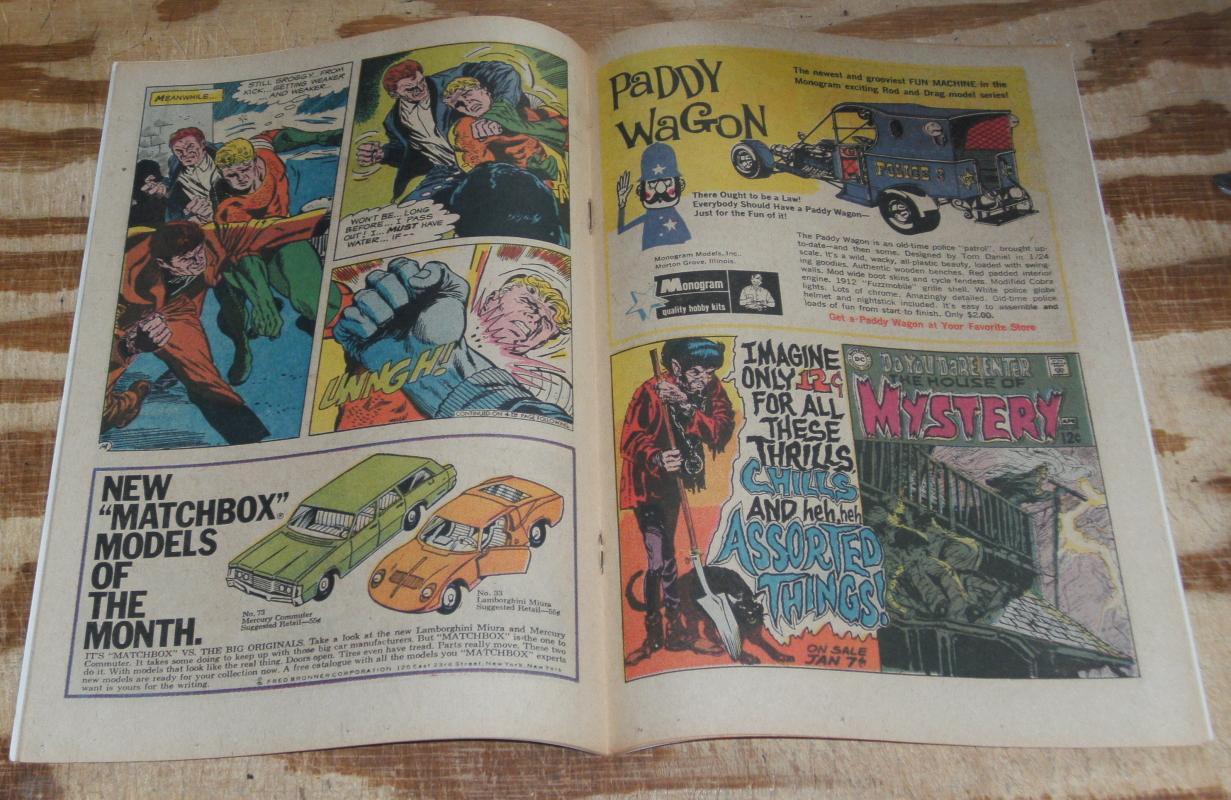 UNDERWORLD REWARD! (Part I of II)

Aquaman, searching for Mera’s abductors on dry land, stumbles onto the aftermath of a gangland killing before accidentally knocking himself out. The triggerman reports to his boss, who believes (mistakenly) that the victim told Aquaman secret information before dying. Thus, the gang-boss puts out a contract with all the members of his syndicate for Aquaman’s death. Aquaman revives in the care of the woman into whose apartment he had inadvertently broken, and sends her to the police with the report of the murder. Then he stumbles into the street, where he is soon beset by assassins seeking his life. After a tough battle, Aquaman returns to the seas, intending to resume his quest for Mera again. But he finally opts to clear up the case into which he has stumbled first, and returns to dry land. However, the girl has been seen by a stool pigeon passing Aquaman’s note to the police, and she is soon captured and held as bait for Aquaman. And Aqualad, in the realm of the Elfdurans, encounters the Bugala for the first time.