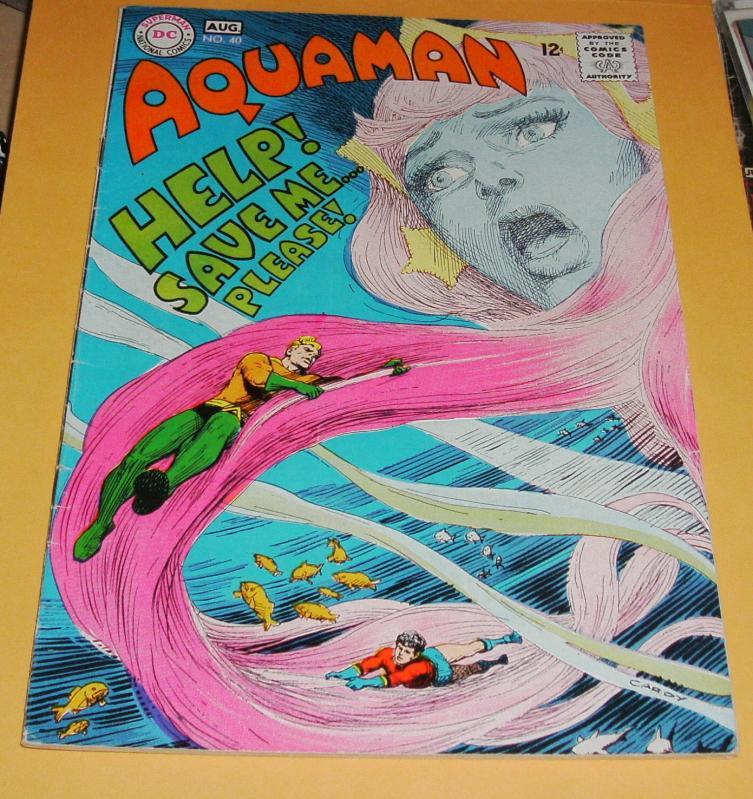 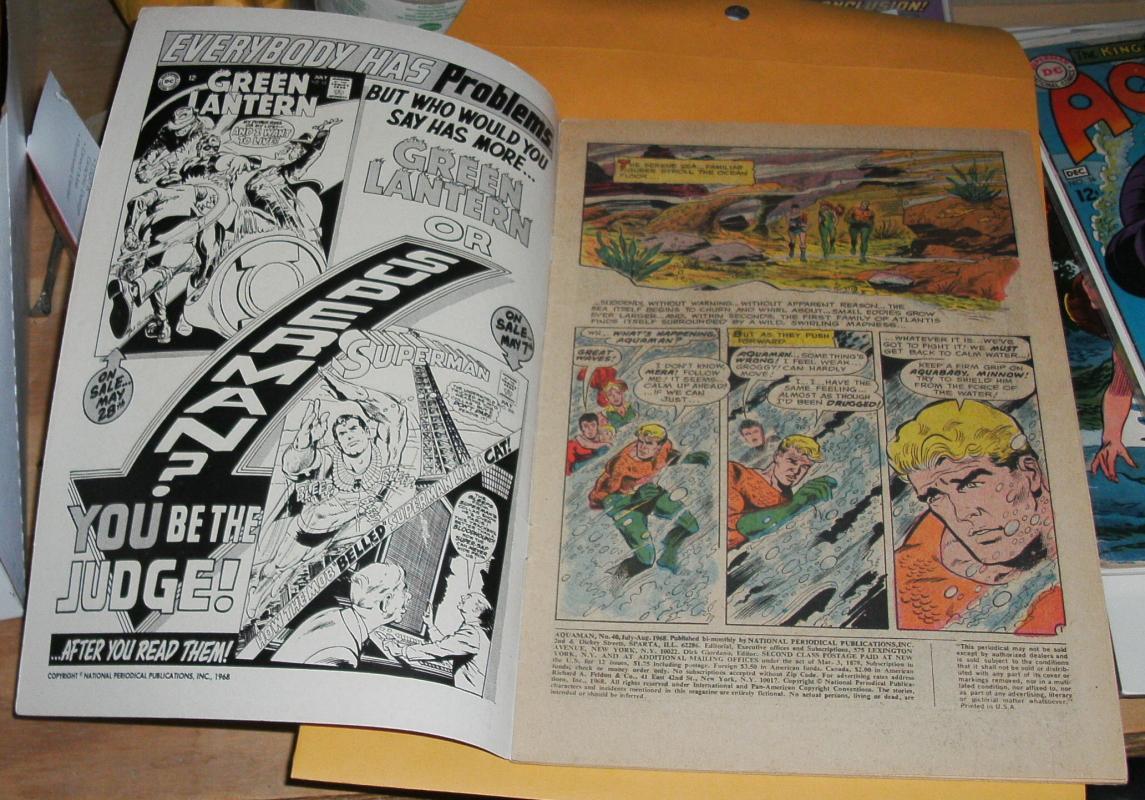 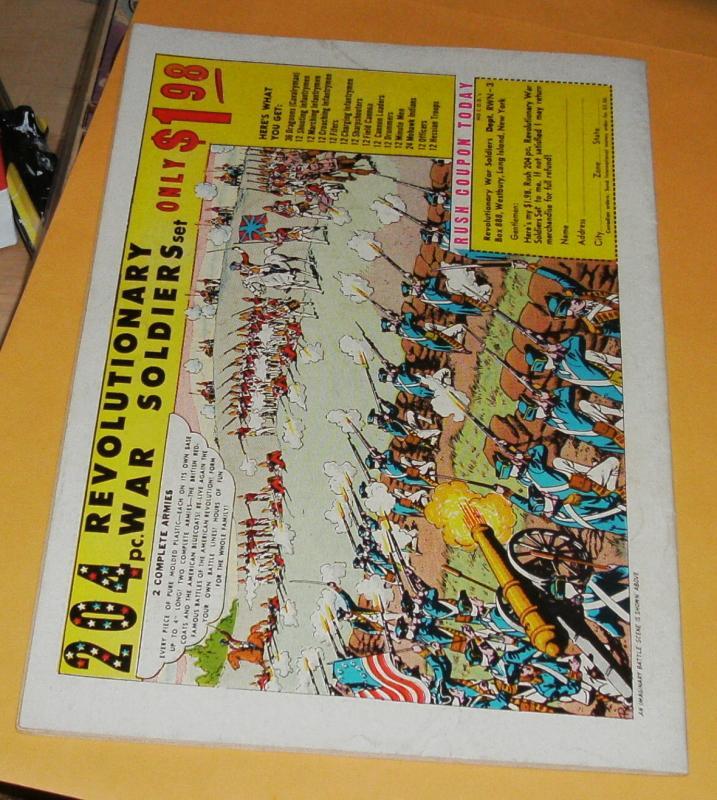 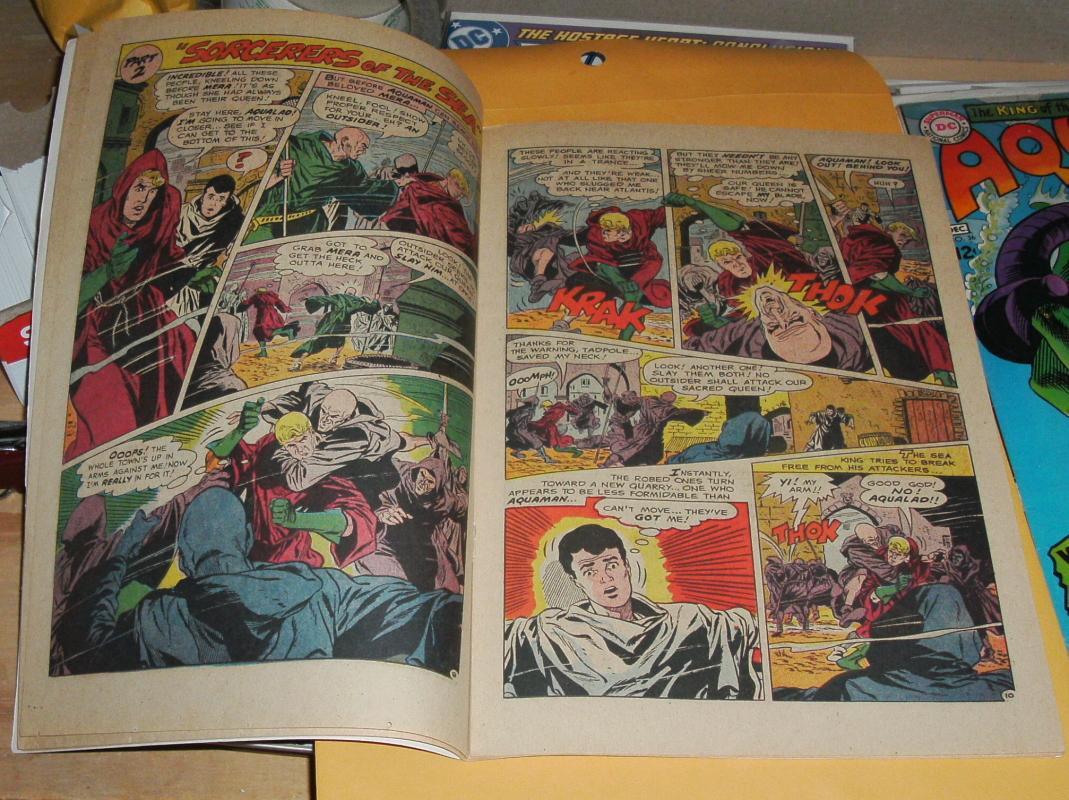 ,SORCERERS Of The SEA!

Aquaman and his family are sleep-drugged and Mera is abducted, but not before Aquaman attempts to save her and is knocked unconscious by a man wearing a five-sided ring on his hand. Aquagirl finds Aquaman, Aqualad, and Aquababy and revives them. Thus, Aquaman and Aqualad begin a quest to find and recover Mera. The two heroes come upon an underwater medieval-style city, which is ruled by a group of magicians called “the Sorcerers” and whose queen is a dead ringer for Mera. When Aquaman attempts to snatch the queen, he and Aqualad are taken captive, and Aqualad gets a sword wound in his arm. Aquaman breaks both of them out of jail and gets Aqualad back to Atlantis, where he is hospitalized. Then he returns to the medieval city, fights past a sorcerous guard, and breaks into the Queen’s private chambers. But Aquaman quickly determines that the Queen is not Mera, only a look-alike with differently-colored eyes, and leaves to begin the quest for Mera anew.