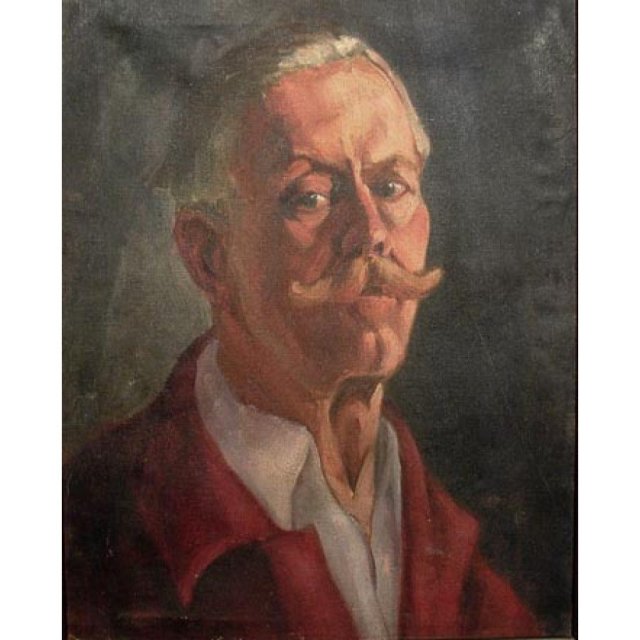 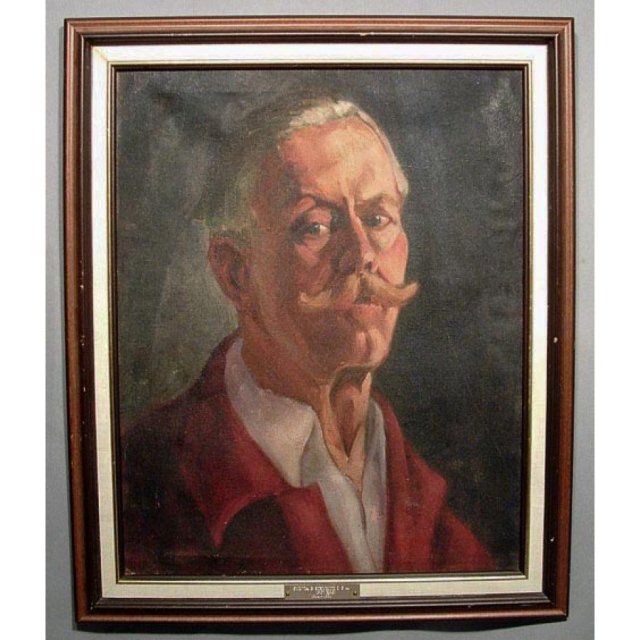 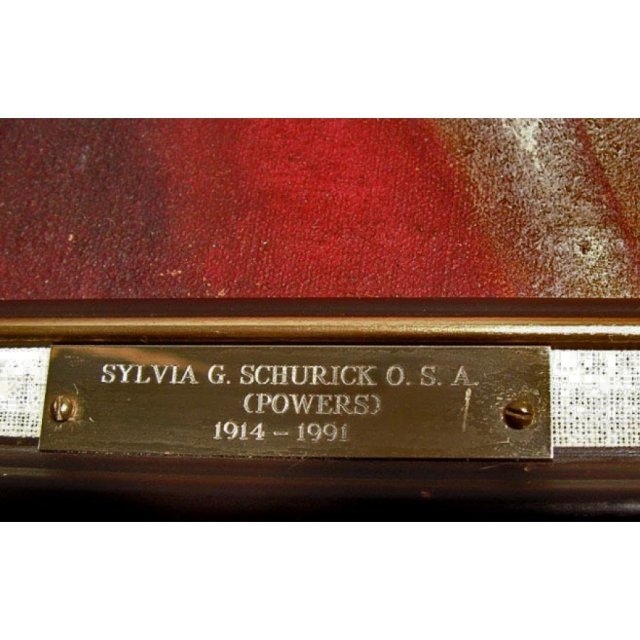 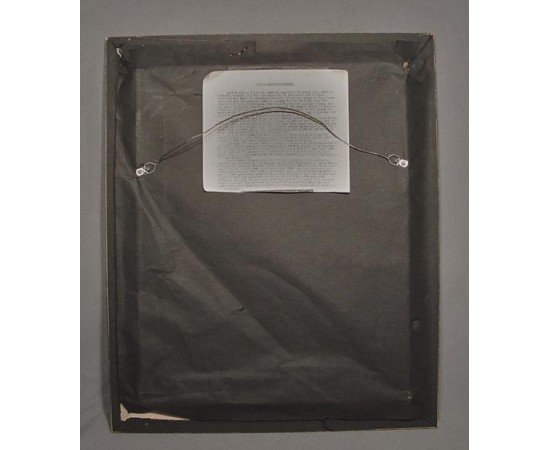 Oil on canvas, portrait of the men with a mustache by Canadian - Ukraine Painter O.S.A Silvia Gloria Schurick born in Lwow - Lemberg, Poland 1914-1991 (Dictionary of Canadian Artists, Vol. 8, Part 1) Silvia Gloria Schurick was born on April 12th 1914 in Lwow - Lemberg, Poland. She was the daughter of Katherine and Nicolas Schurick who were Ukrainian descent. It is not know at this time when she and her parents come to Canada but it is known that her family did live in Winnipeg, Manitoba during her younger years. Here she went to public and high school before her family moved to Toronto, Ontario. In Toronto she attended Central Technical School where she started the formal study of Art. Her father Nicolas was a painter and it is thought that he influenced his daughter in Art.
Silvia as she was by known by her family and friends throughout her live, register at the Ontario College of Art in 1935 at the age of twenty. Here she would study for the next five years being influenced by and associated with same of Canadas better known painters. She graduated Ontario College of Art in 1942, on July 6th, 1941 she married peter frank Popowich a men of Ukrainian descent. On the 25th of October1943 they both changed their surname to Powers. Silvia went through several distinct phases in her painting career. She painted in the medium of oil and displayed her work mainly through the Ontario Society of Artists Annual Exhibition. Nations can be found in 1940 through to 1947 catalogues issued for these exhibitions. The last known entry into one of these exhibitions was in 1965 where she submitted a nude. The major portion of her work found to date was portraits, still life and same abstracts. She did several portraits of eastern European men and women. Her work displays a talent and distinctiveness which is worthy of nation.
MEASUEMENTS: Including the frame: 60.5cm x 50 cm (23 7/8 in x 19 5/8 in), without the frame: 50.5 cm x 41 cm (19 7/8 in x 16 1/8 in).

ALL ITEMS ARE GUARANTEED TO BE AUTHENTIC ANTIQUES, AND NOT REPRODUCTIONS.

ALL OUR ARTIFACTS ARE ACCOMPANIED BY A CERTIFICATE OF AUTHENTICITY.