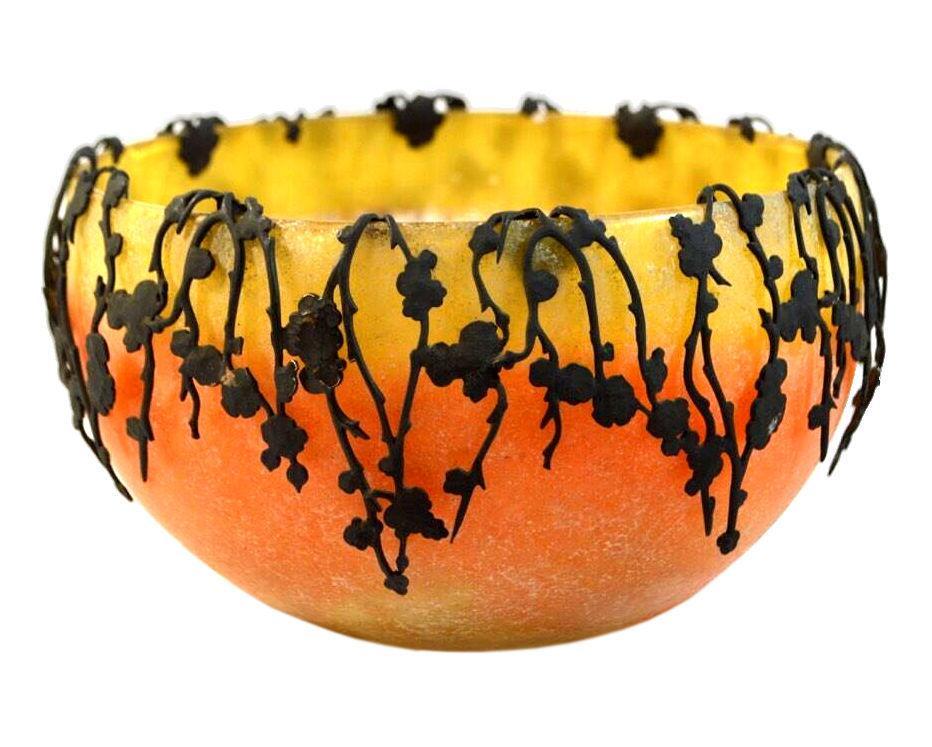 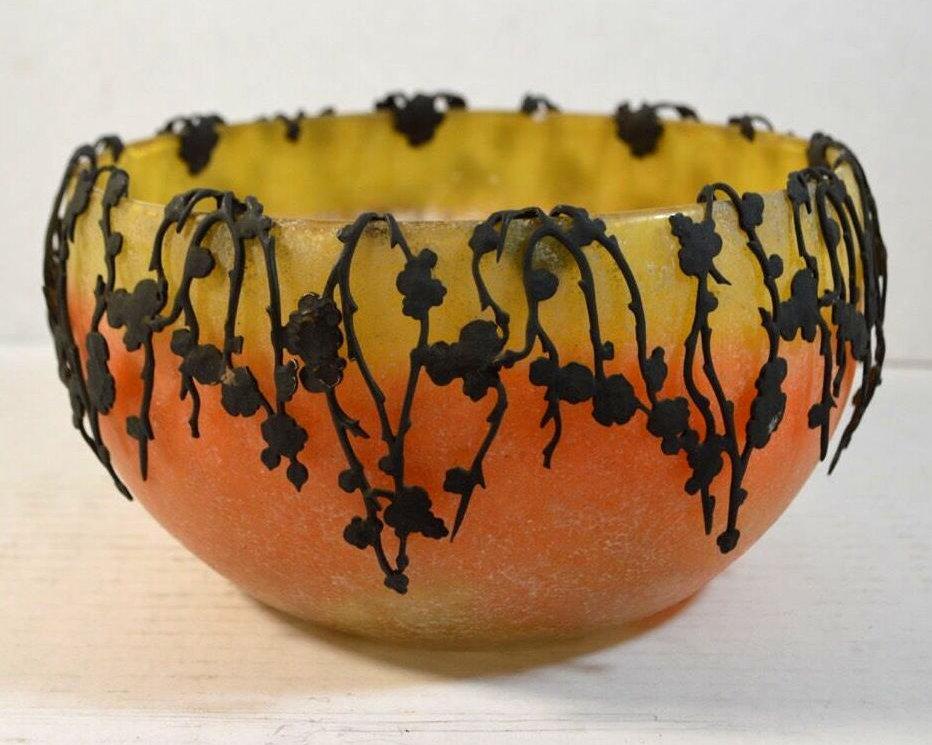 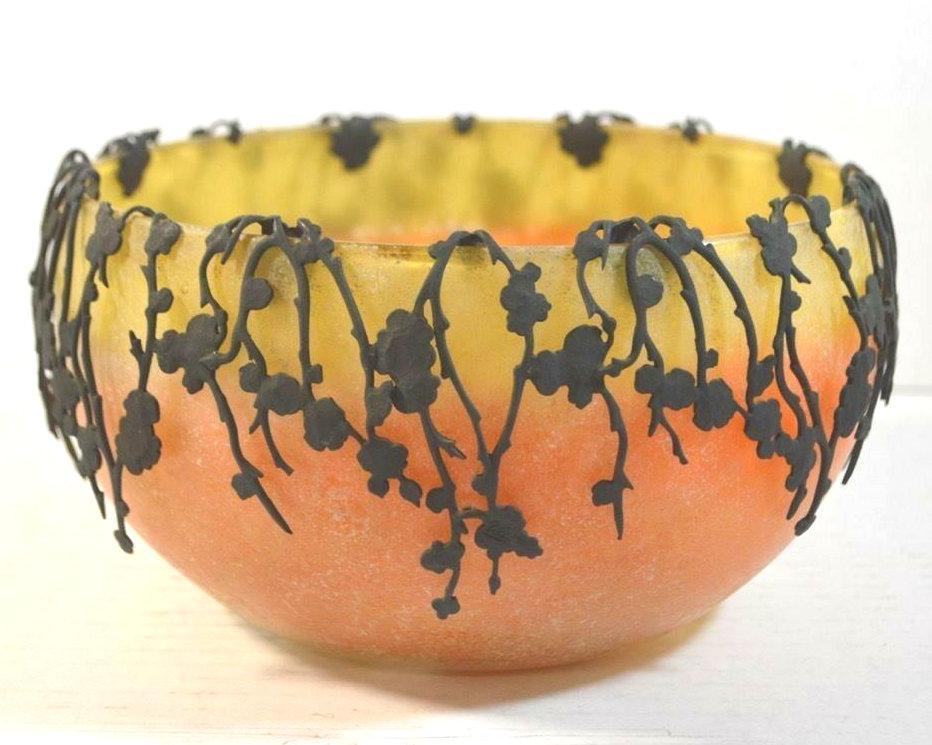 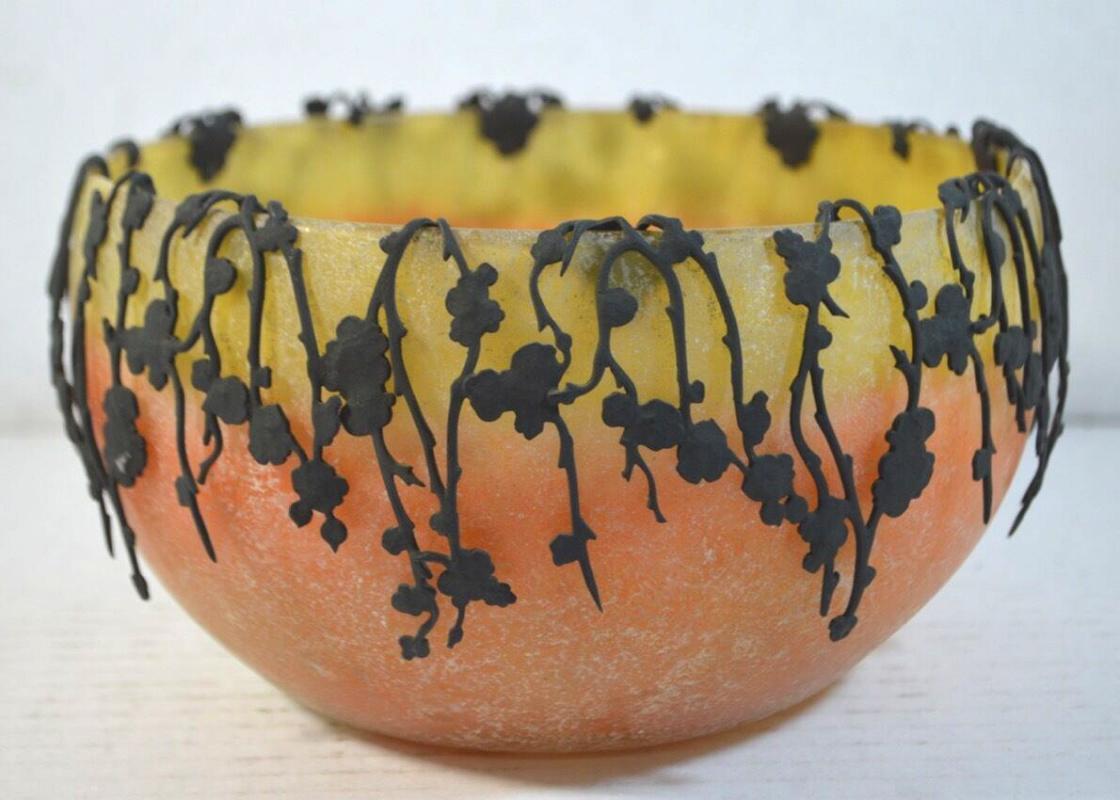 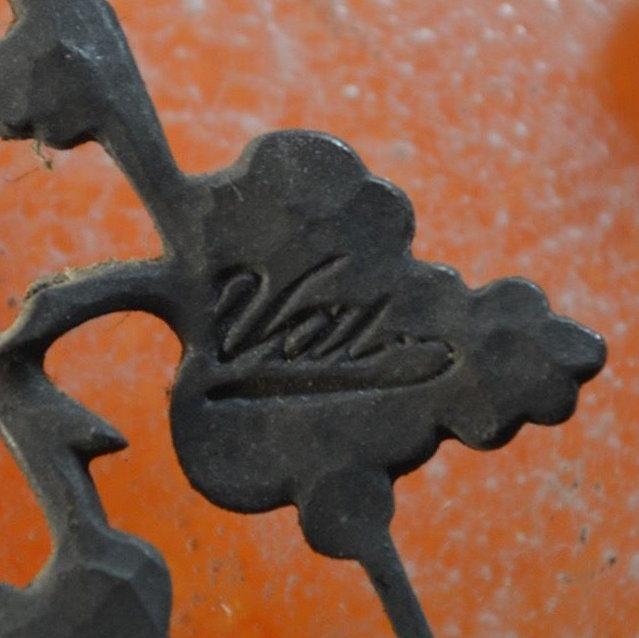 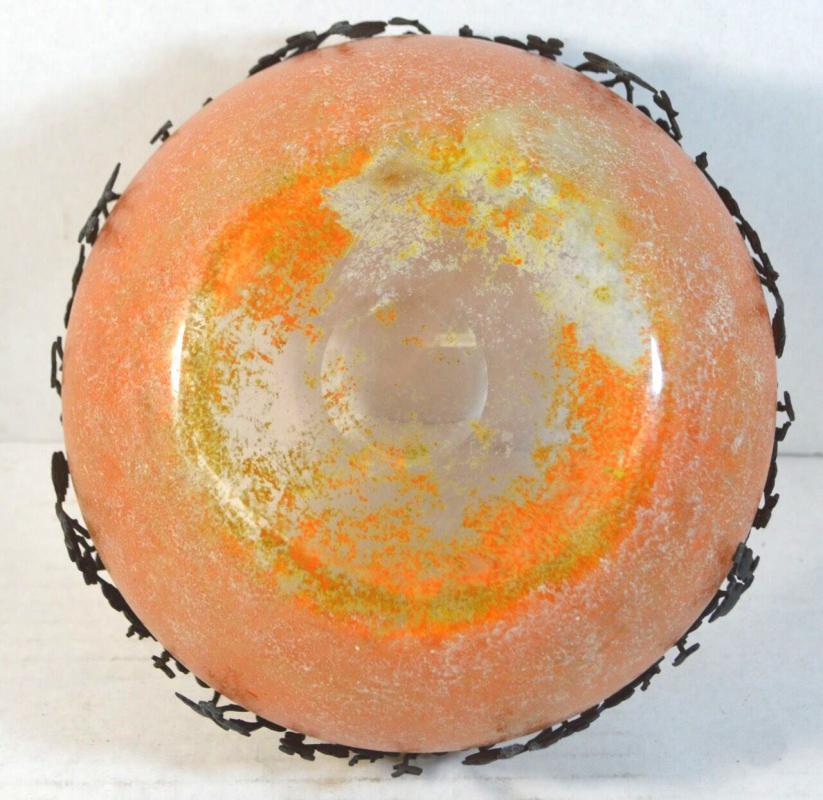 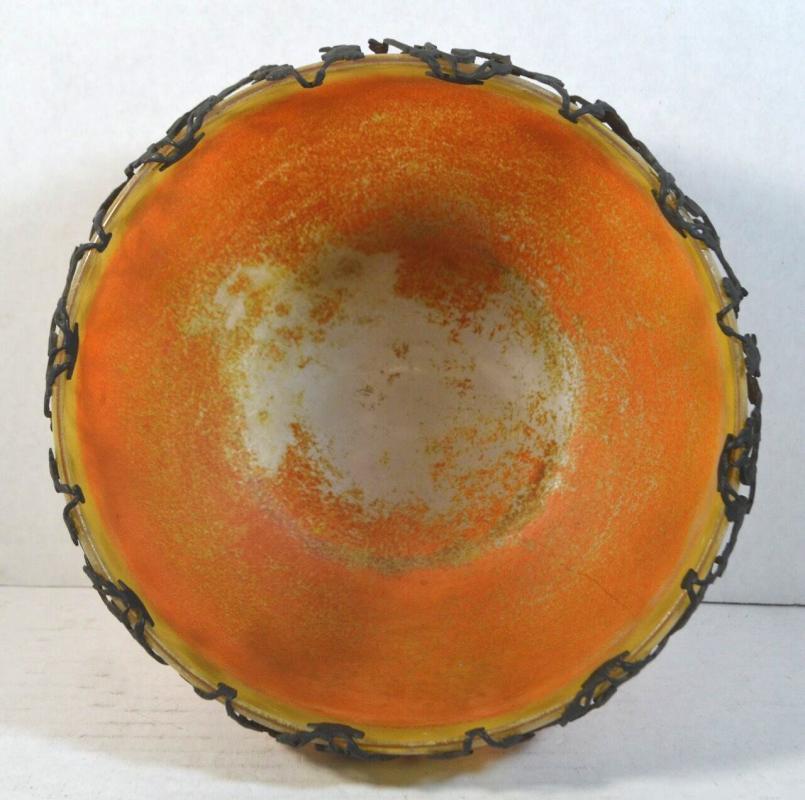 Our amazing bowl, 8 inches across and 4 3/8 in. tall, is attributed to Pierre Gire (1901-1984), also known as Pierre d'Avesn, for the Daum Croismare Glassworks of Luneville, circa 1927-1932, later known as Verreries d'Art Lorrain, a subsidiary of Daum.  It is crafted from mottled orange and yellow glass and features ironwork depicting flowering vines. Signed in script, Val, as were many of his designs for Daum during this period. (Other signatures common on his designs for Daum include "Lorrain" or "P. d'Avesn".)

The artist was a prolific and widely regarded designer who got his start at a teenager working for Lalique.  In addition to Daum, he created designs for Verlys (owned by Sevres) and Croisy-le-Roi after WWII.