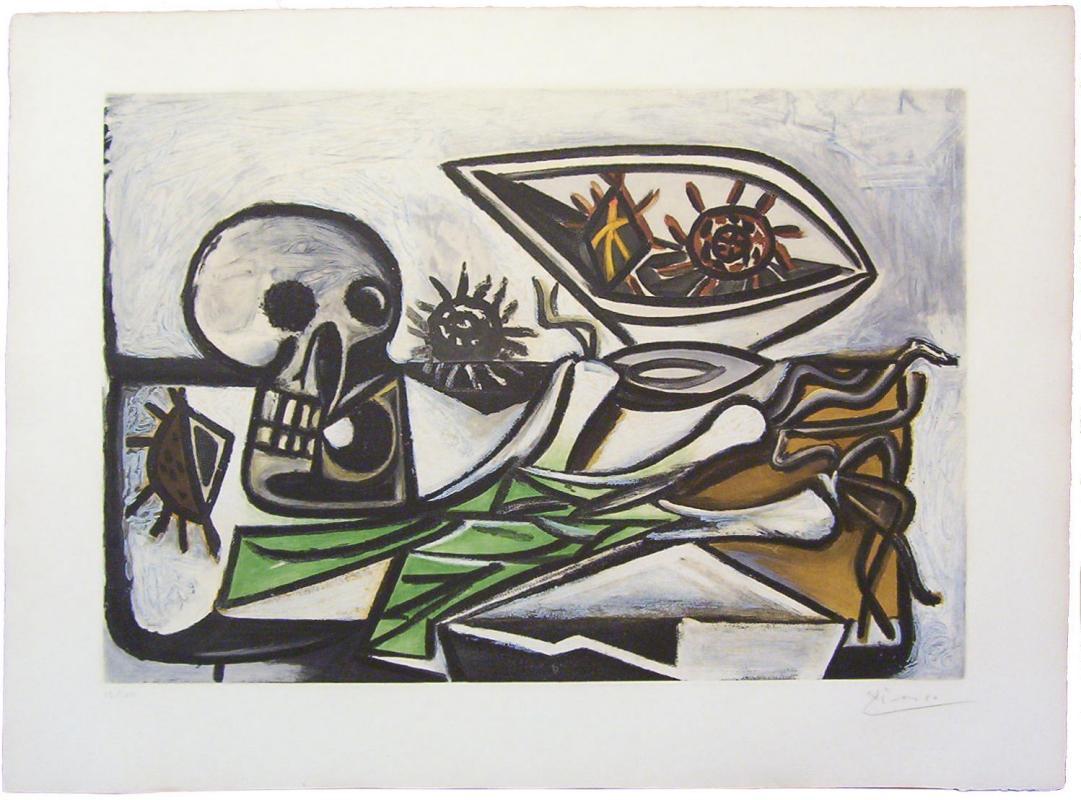 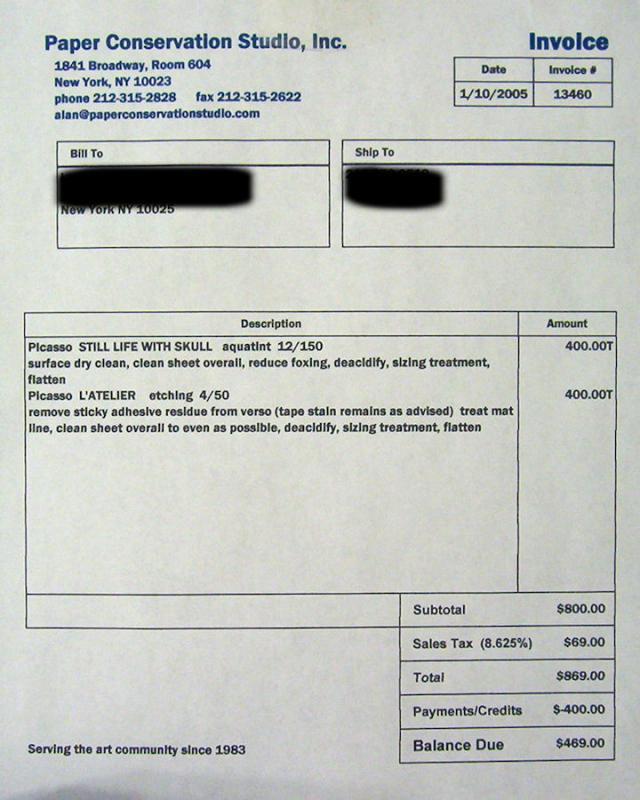 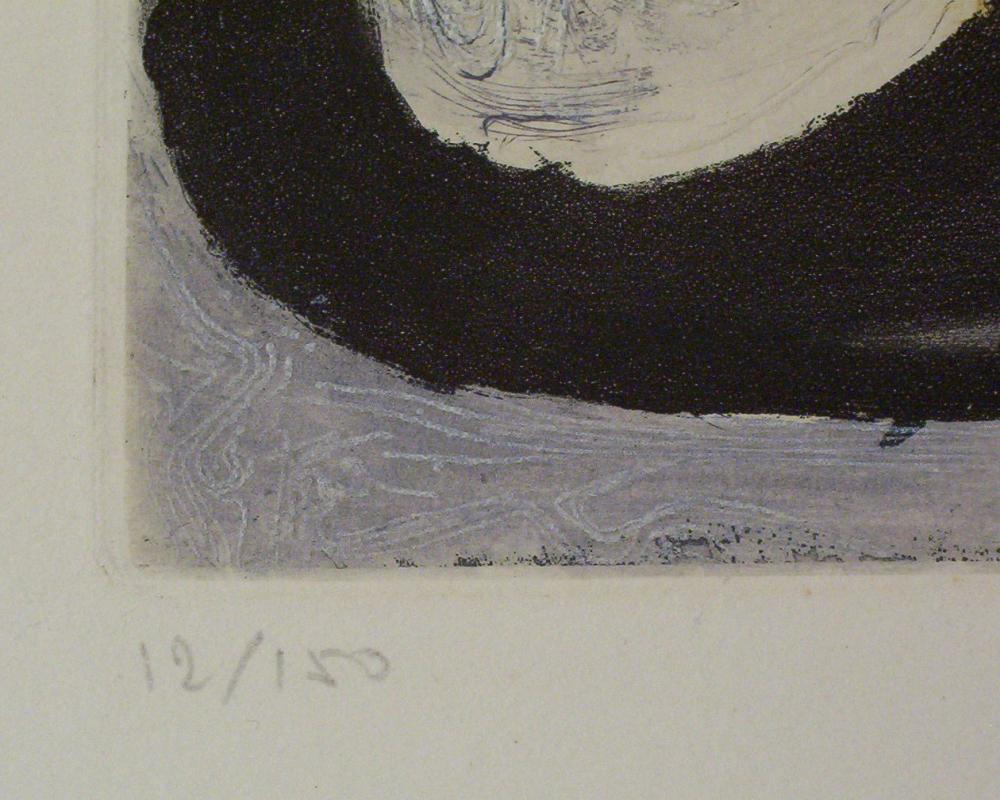 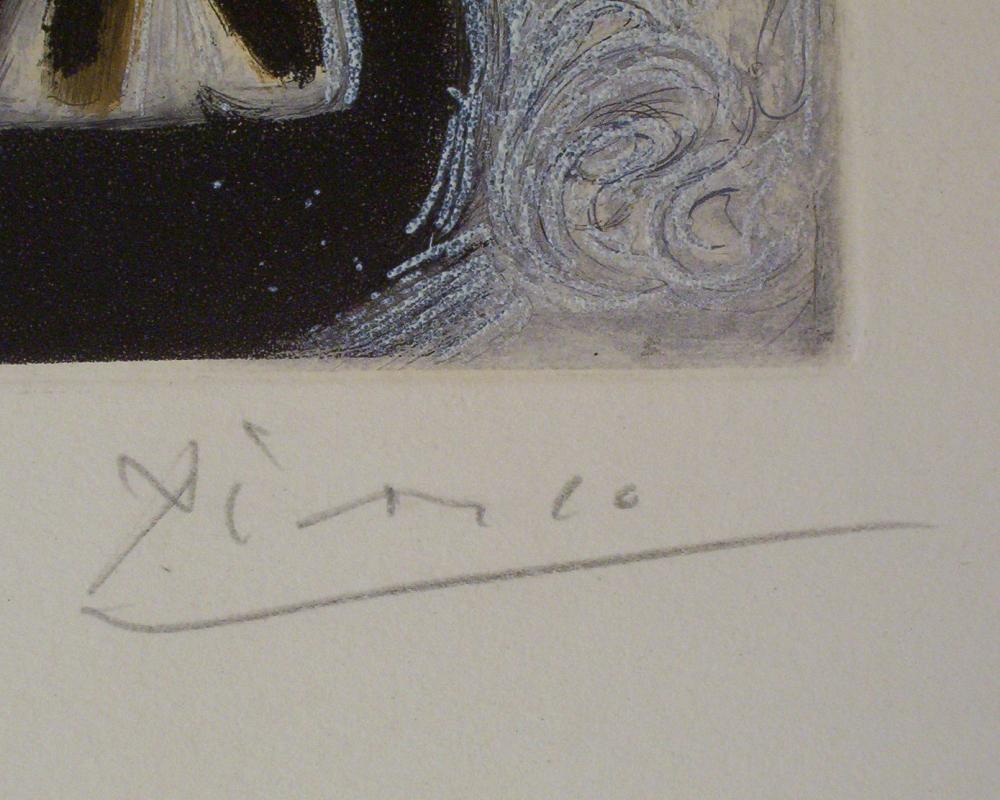 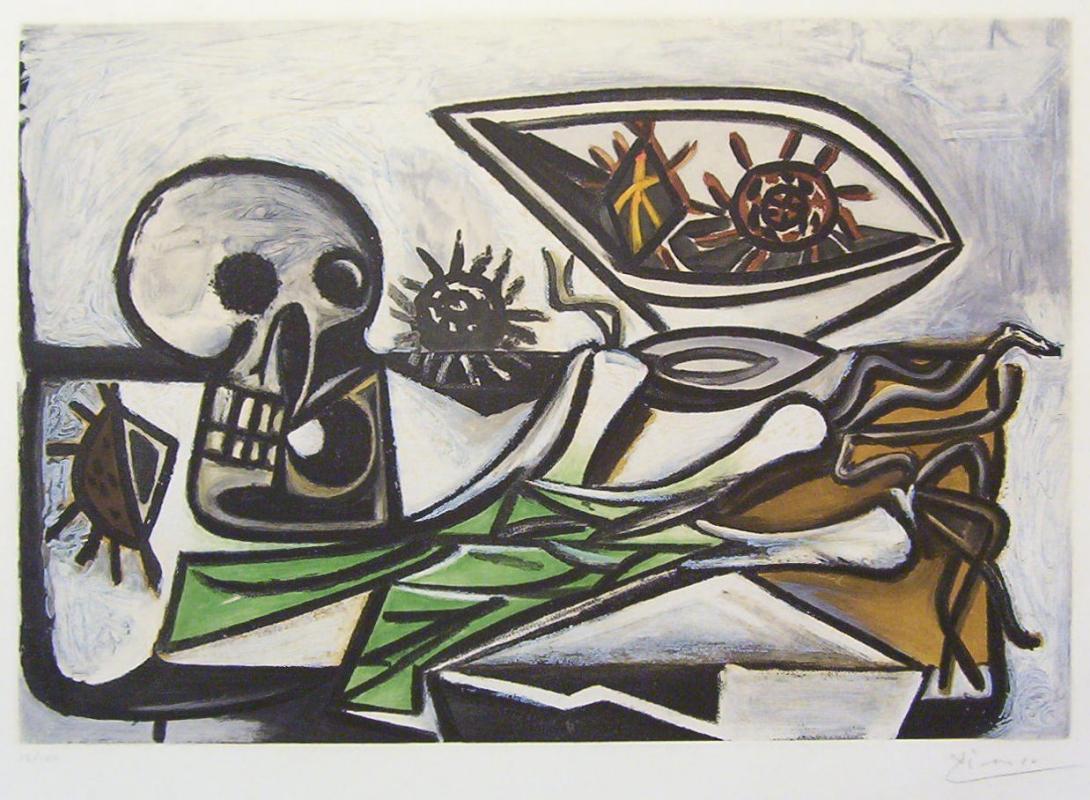 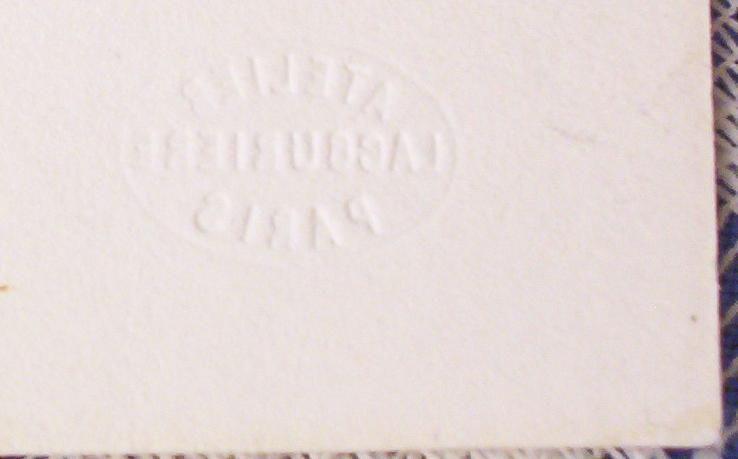 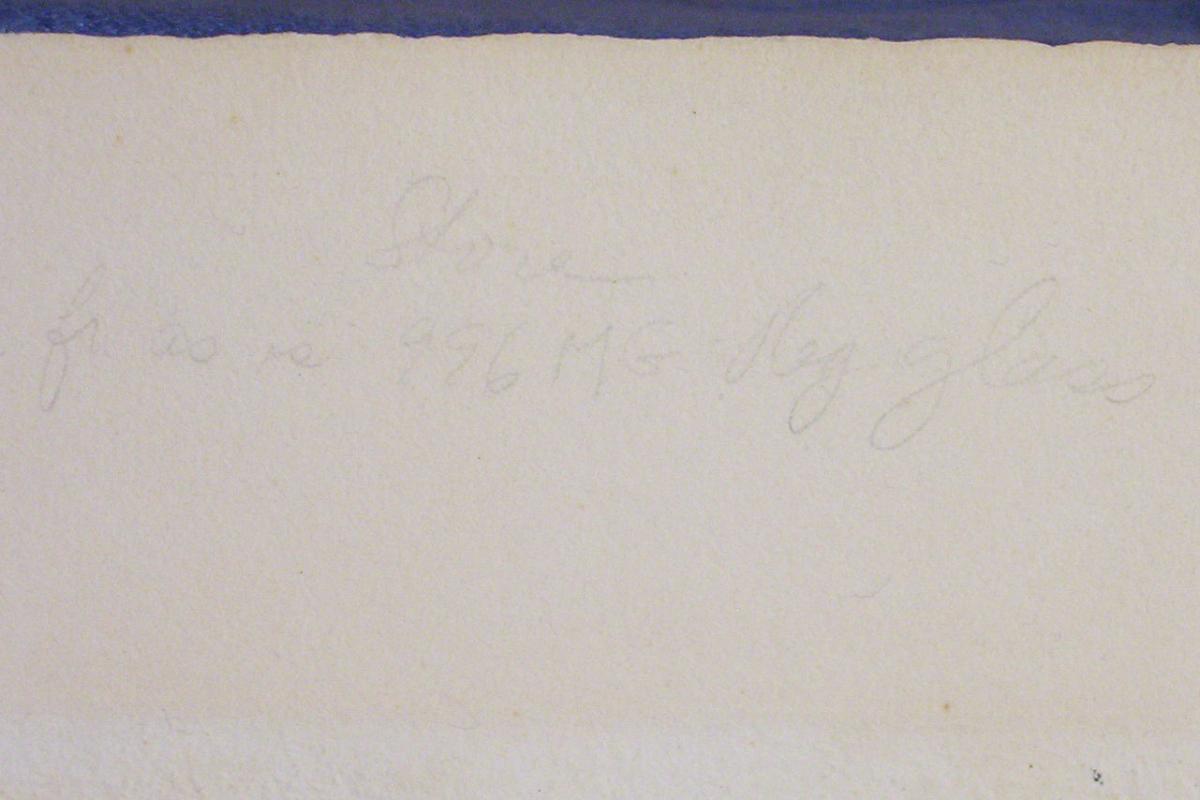 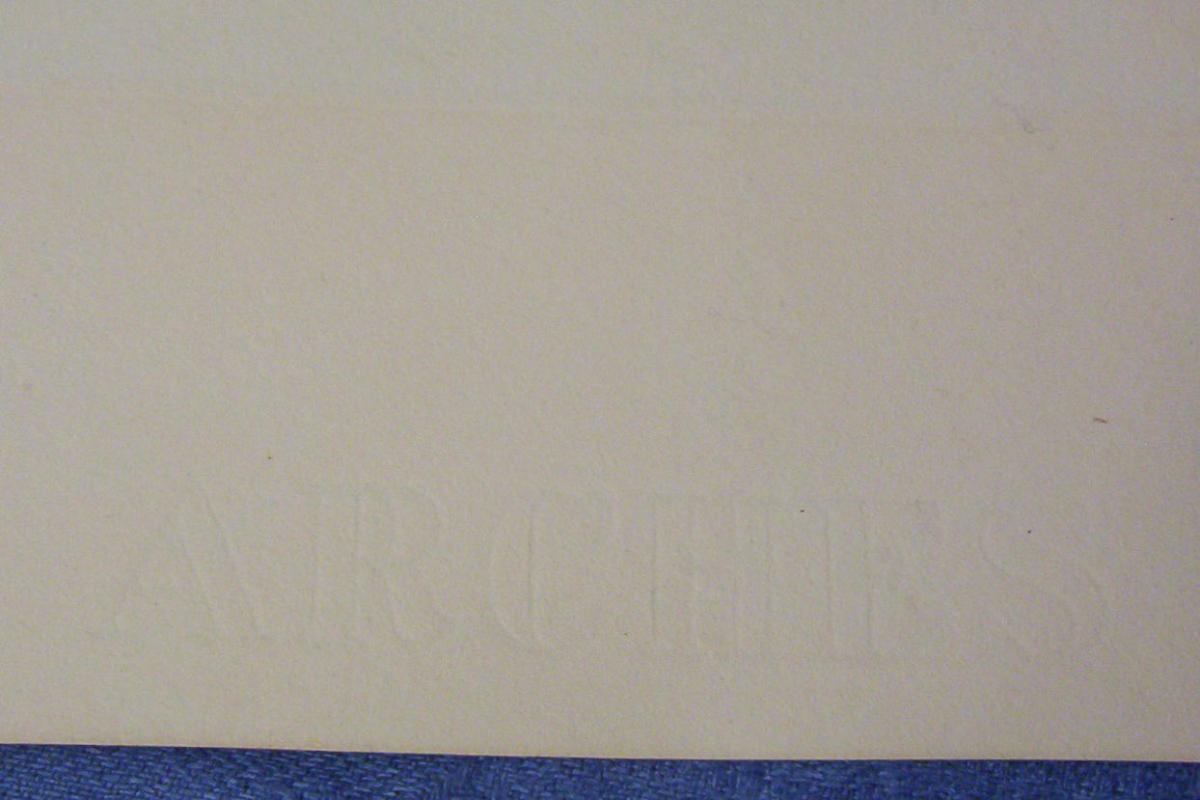 This aquatint is being sold on behalf of a collector on the upper west side in Manhattan (New York, NY) who purchased the piece in Paris in 1970, along with another aquatint that we also have for sale. In 2005 it was restored by Alan Firkser of Paper Conservation Studio, Inc., 1841 Broadway in New York, NY.  Restoration services included: surface dry cleaning; foxing treatment, deacidification, sizing treatment; and flattening.

This ia bold and colorful work by Picasso, and one of his more appealing still lifes.  The work does not have a print catalogue raisonne number (from Bloch, Baer or Geiser) for it is an aquatint after an original Picasso painting from 1947.  The original work is noted in Christian Zervos' Catalogue de l'Oeuvre, volume 15, which details Picasso's paintings, pastels and drawings from 1946 to 1953. We believe the original painting may be held by Musee Picasso at Château Grimaldi, Antibes, France.