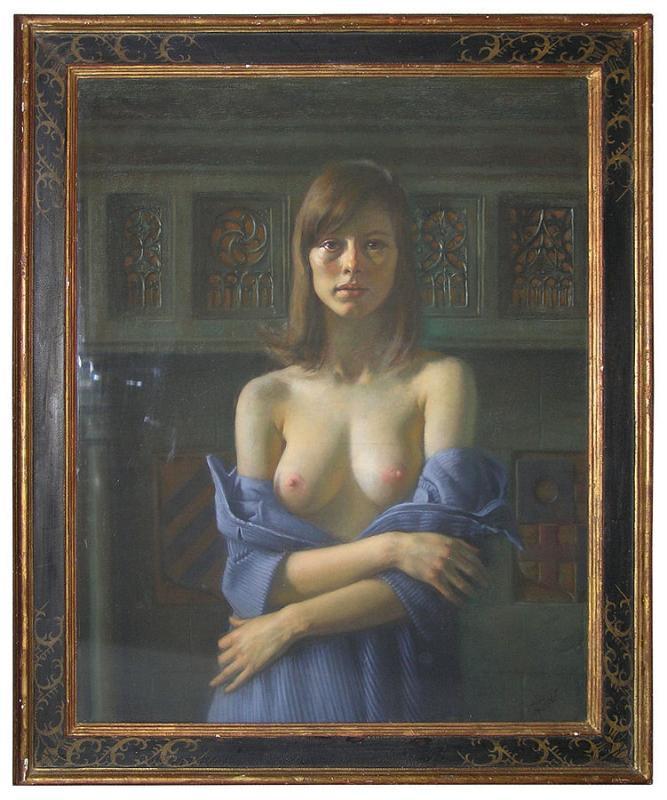 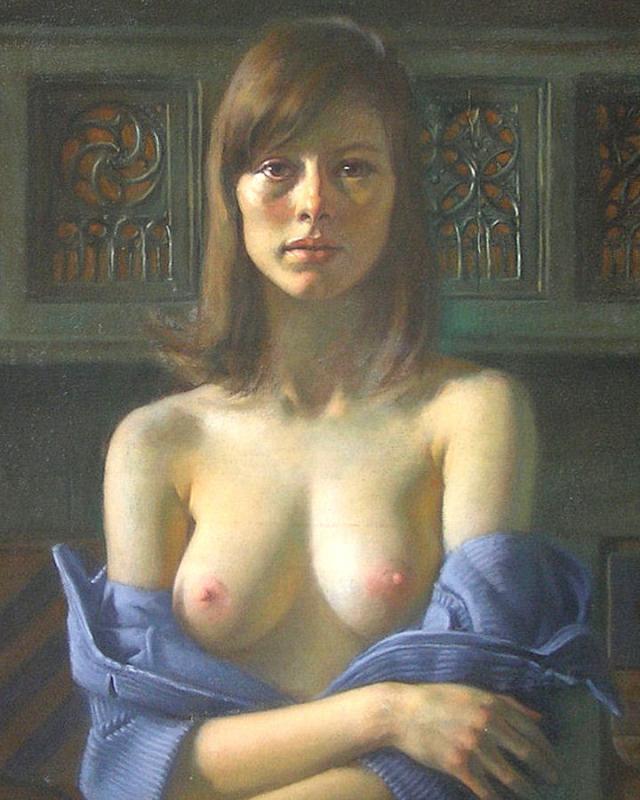 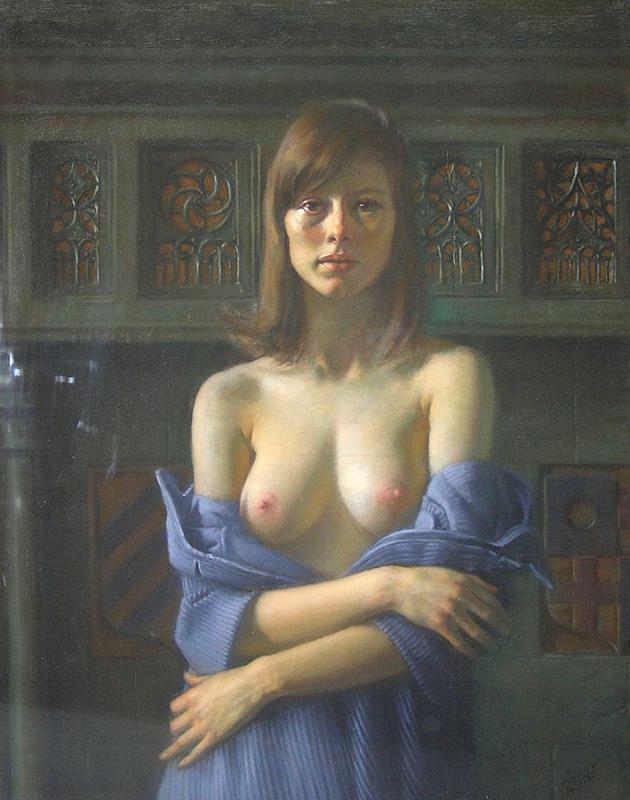 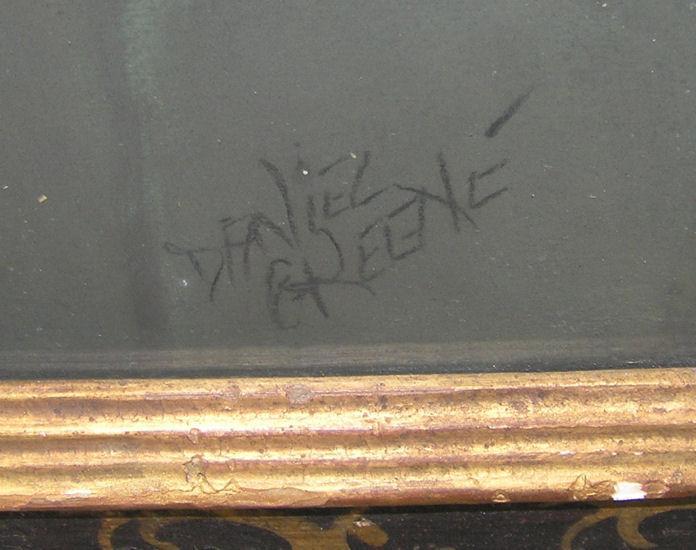 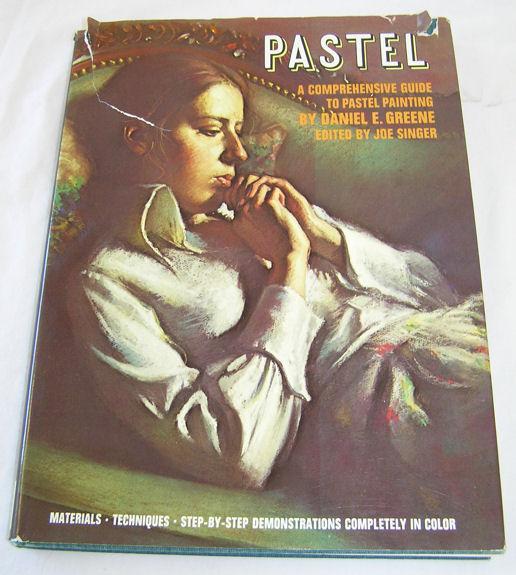 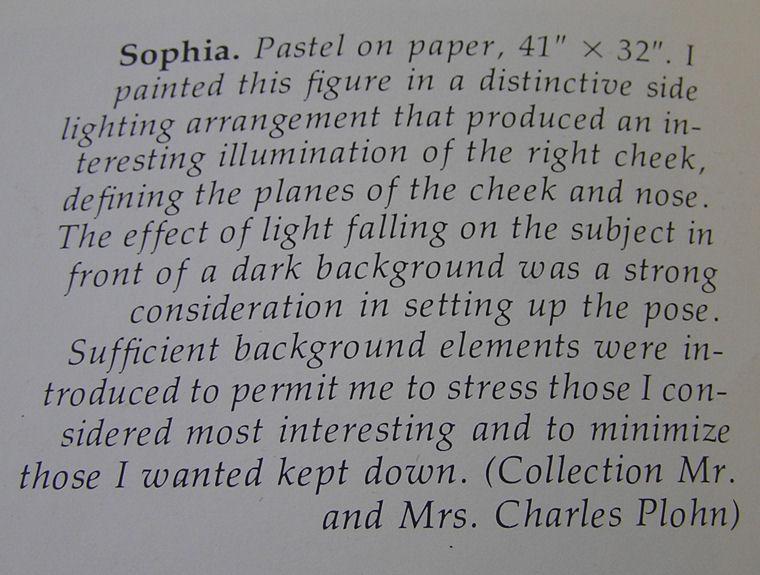 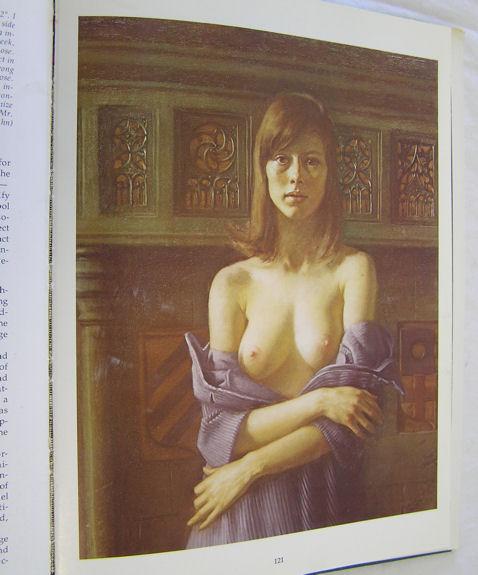 This original semi-nude three-quarter portrait by Daniel E. Greene (1935-2020), circa 1970, is entitled "Sophia". This pastel painting resides under glass in its original cassetta frame in the Italian Renaissance style measuring 47.5" by 39.5" by 1.75".  Portion of the work that is visible within the frame measures 39.5" by 31.5".  This work resides on a sheet measuring 41" by 32" made by Canson & Montgolfier of Vidalon France.  Signed by the artist in the lower right corner.  In 2016 Lowy restored chips and damages to the frame, refitted the frame with new fillets, replacted matte with acid-free rag board backing, and added UV filtering acrylic from Coroplast.  Provenance:  Charles Plohm, Westport, CT.  In recent years the artist has resumed depicting this model in his subway series, including works entitled Sophie in Transit and Sophie - Bleecker Street.

This work was featured on pages 120-121 in Greene's landmark book, PASTEL...A Comprehensive Guide to Pastel Painting (ed. Joe Singer, 1974, Watson-Guptill Publications), widely considered to be the most important and influential modern textbook worldwide on the technique of pastel.  This book remained in print for twenty-five years and was published in English, French, German, Spanish, Italian and Chinese.

Greene's works reside in over 700 collections and over a dozen musums, including the Metropolitan Museum of Art, Smithsonian, U.S. Capital, U.S. House of Representatives, New York Stock Exchange, Nasher Museum of Art at Duke University, Princeton University, Yale University, IBM, Dupont, among many others.