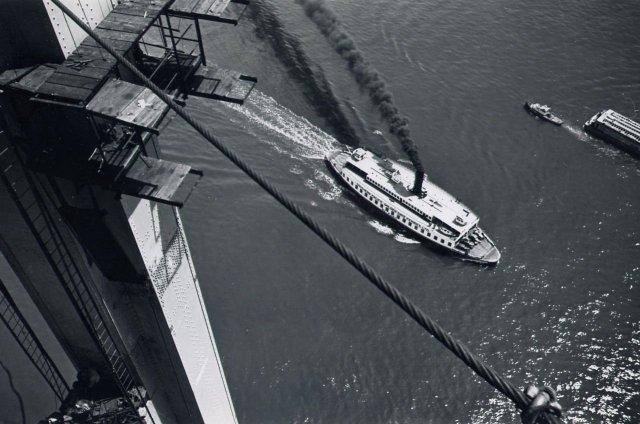 Signed, dated and editioned 27/35 recto on the mount. This print was part of the portfolio 'When They Built the Bridge' published in 1985. Illustrated in Stackpole's book "The Bridge Builders", plate 7, as "From a tower top, out on a cross beam." Peter Stackpole (1913-1997) was one of the four original Life Magazine photographers, working for Time, Inc., from 1936 to 1960. One of his best known series is of the building of the Golden Gate Bridge. His work is in the collections of many institutions, including Oakland Museum; San Francisco Museum of Modern Art; George Eastman House and Amon Carter Museum, Ft. Worth.