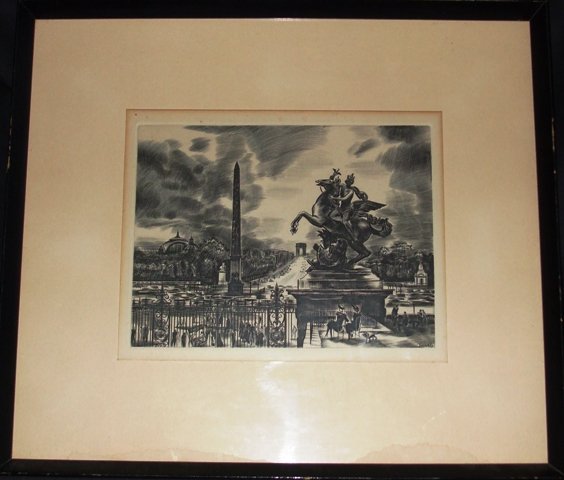 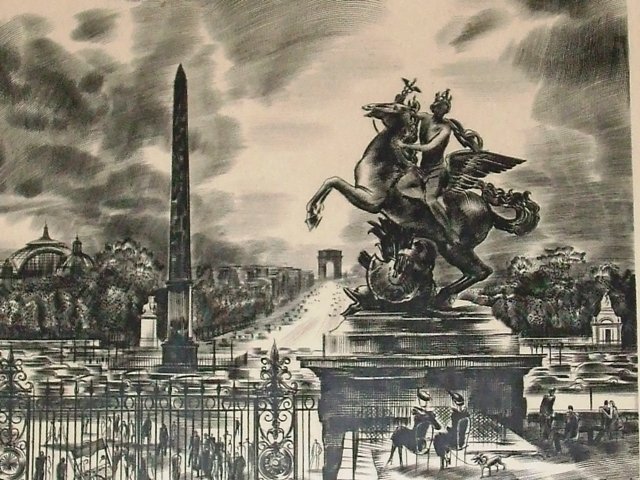 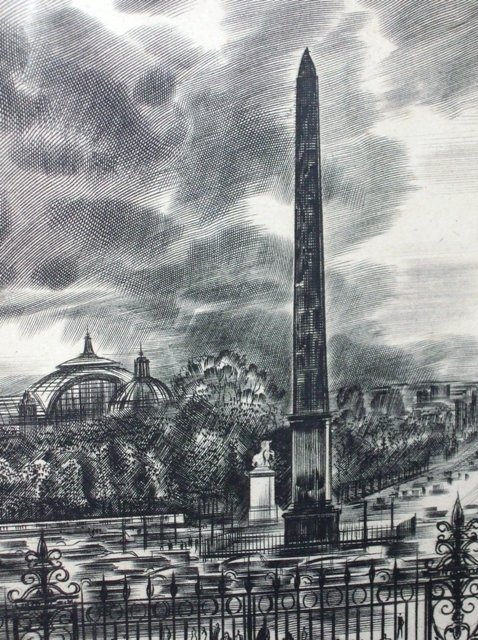 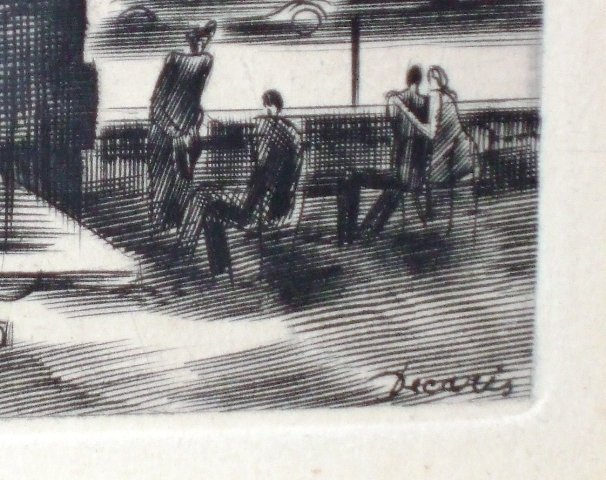 Paris Decaris Signed Framed Engraving , 1930's Framed Very Good Condition: We are offering this Vintage Engraving by Albert Decaris. It is signed on the bootom right corner. The Engraving is 7 ½" by 9" with the frame it is 14" by 16". Decaris, Albert 1901 - Paris, 1988 Decaris is one of Frances foremost engravers of the twentieth century. He began his formal art studies at the age of fourteen at the Ecole Estienne. Four years later Albert was accepted into the Ecole des Beaux-Arts, Paris. Few months later Decaris had won the Premier Grand Prix de Rome and became the youngest student ever to this prestigious honor. Between the years 1935- 1985 Decaris created more than six hundred stamps for France and its territories. Held in equally high esteem for Decaris architectural, historical, landscape, portrait and figurative engravings. Albert became a full member of the Academie des Beaux-arts in 1943 and was nomiated its President in 1960. In 1962 Albert was named the official painter of the Marine Francaise. Shipping in USA 20.00 Customer to pay for all shipping ,and insurance anywhere in the United States. California residents please add 8.75% sales tax or supply a completed resale card. Personal checks must clear before shipping. Money order or cashiers check payment will be shipped immediately. All items are shipped insured. Your satisfaction is guaranteed.