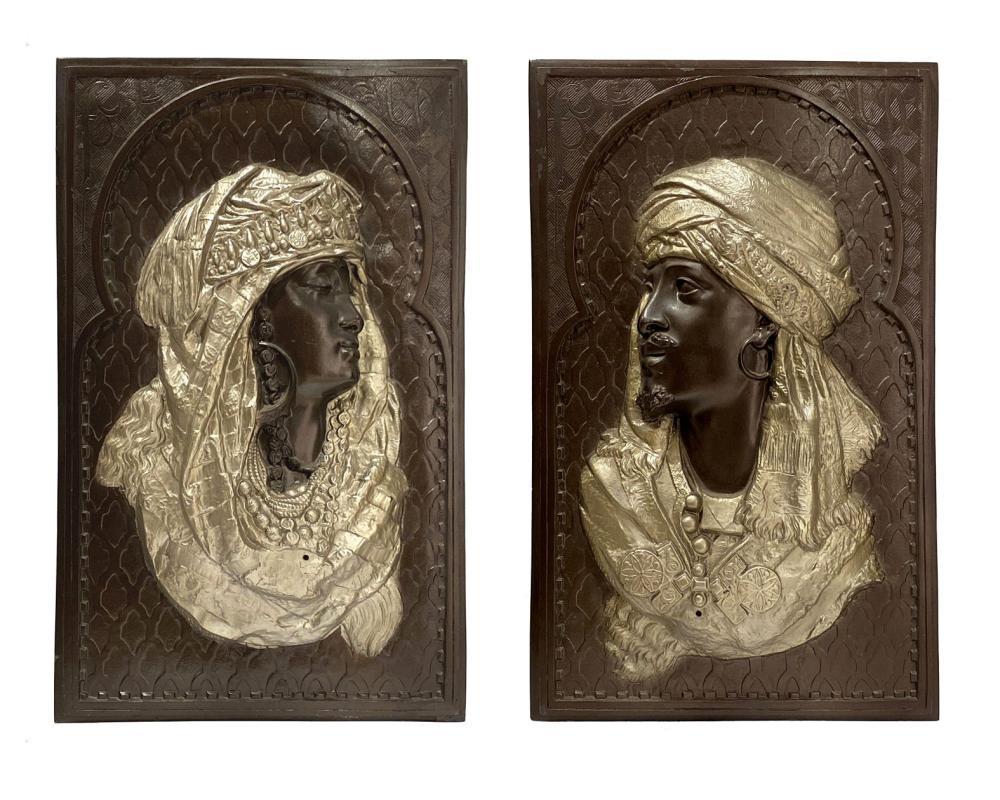 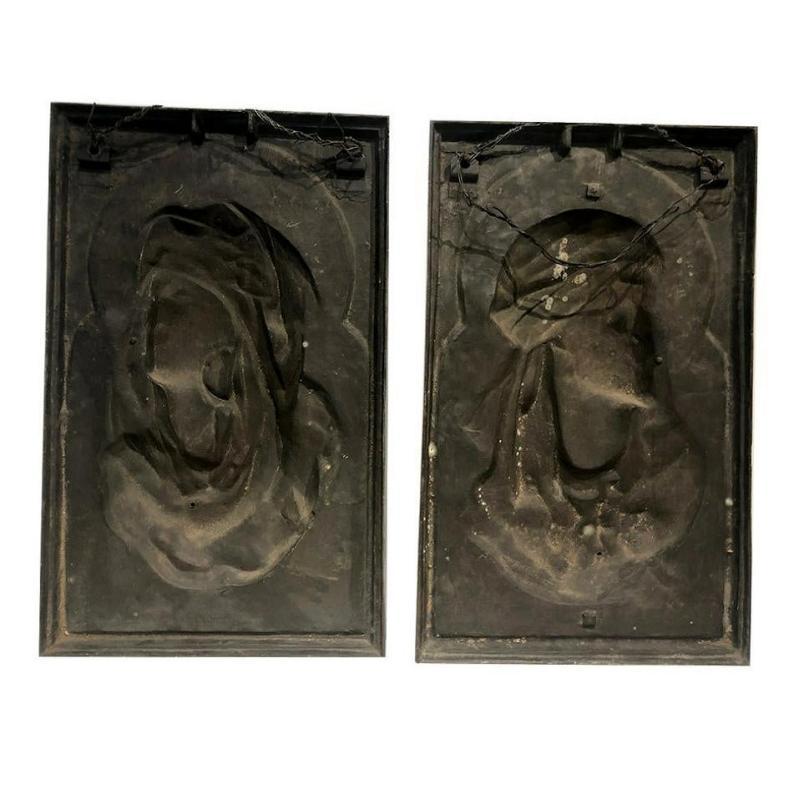 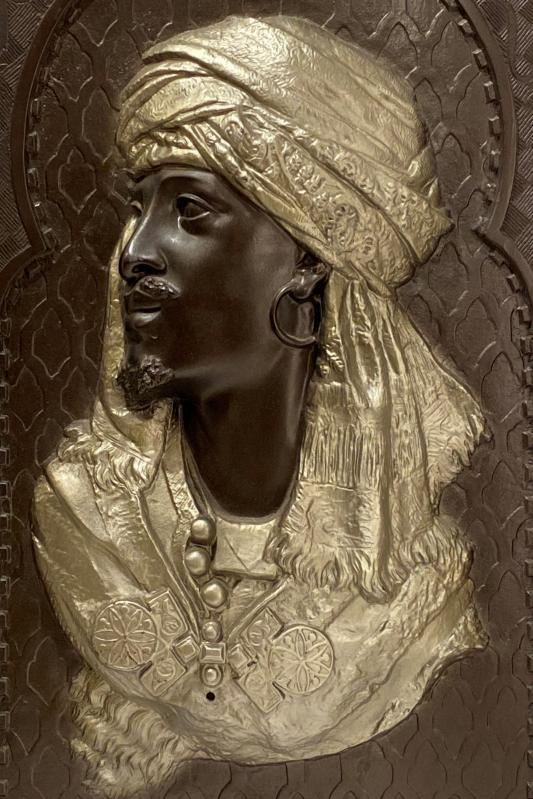 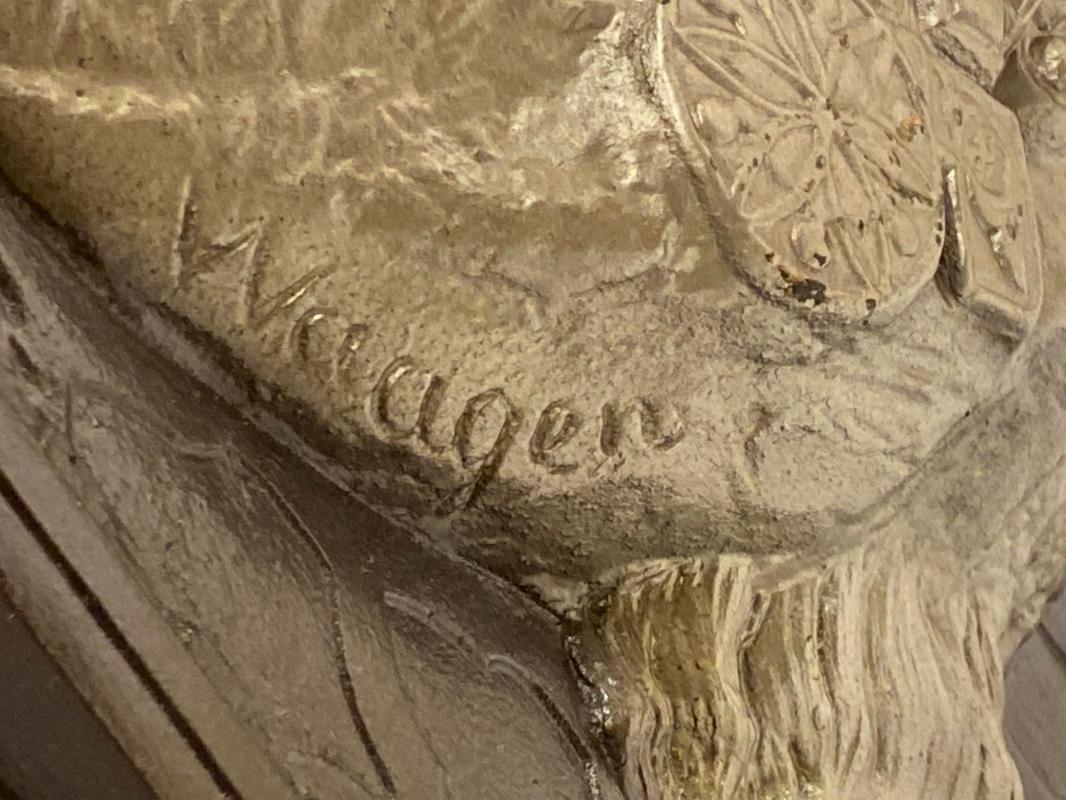 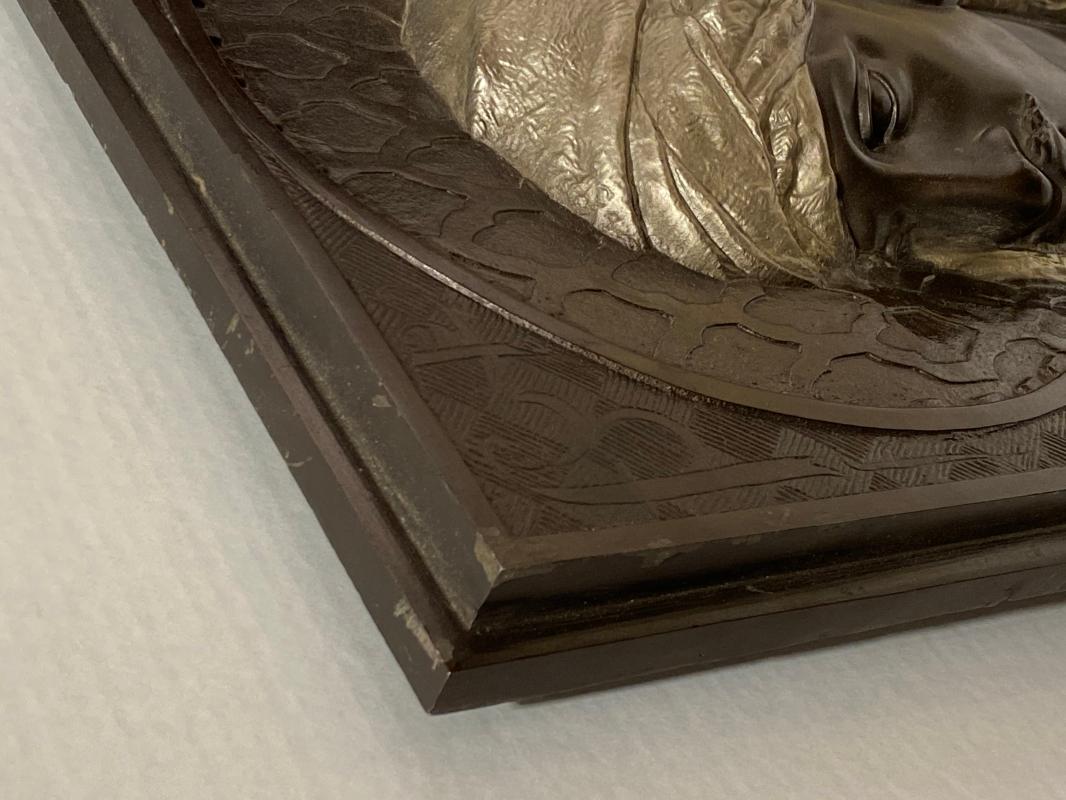 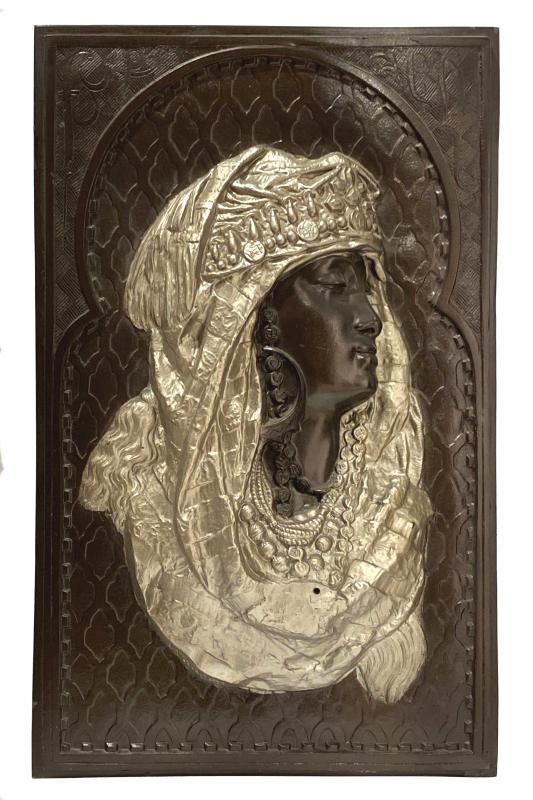 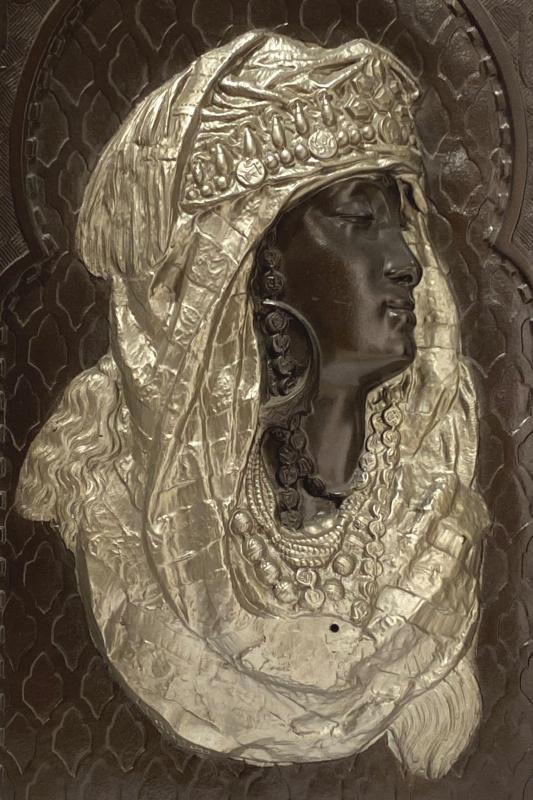 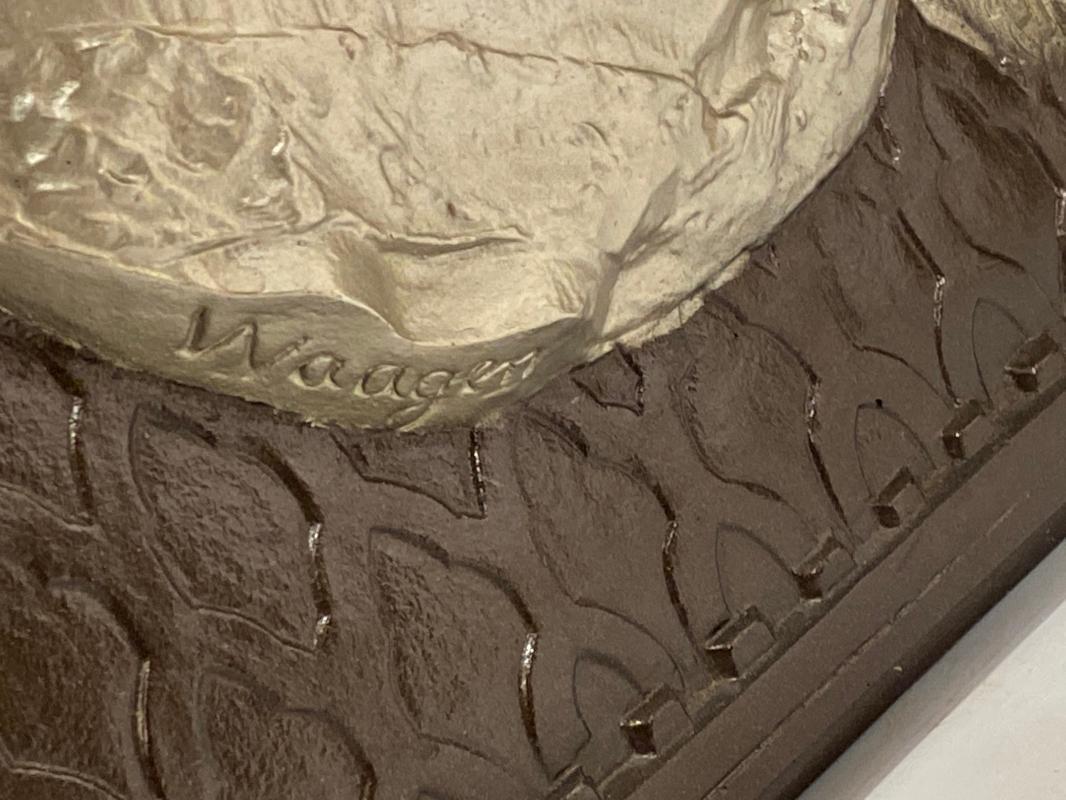 Our pair of metal (spelter) plaques after Arthur Waagen (German, 1838-1898) depict handsomely adorned male and female figures, possibly Berbers, feature dark and silver colored patinations and measure 24 by 14.5 by 2 inches. In good condition. Some wear, scratches and nicks to the patina in various spots, and may have areas of restoration.

Born in Prussia, the artist moved to Paris where he exhibited at the salon from 1861 through 1887. He is most known as an animalier and sculptor of Orientalist themes, including depictions of Arabian and Berber figures. His works are held in institutional collections in Europe and New York and periodically appear at major auction. A most notable recent sale occurred at Christie's in London on July 9, 2009, when lot 46, a 47 inch tall bronze entitled Kabyle au Retour de la chasse (Kabyle at the Return of the Hunt) was offered with an estimate of 30,000-50,000 GBP and sold for 34,850.

According to Christie's, Waagen was born in East Prussia (now Lithuania), but moved to Paris to pursue his career as a sculptor, exhibiting at salon from 1869 to 1887, focusing on animal subjects and Orientalist themes.  His studio was located at 40, Cours-de-Vincennes.