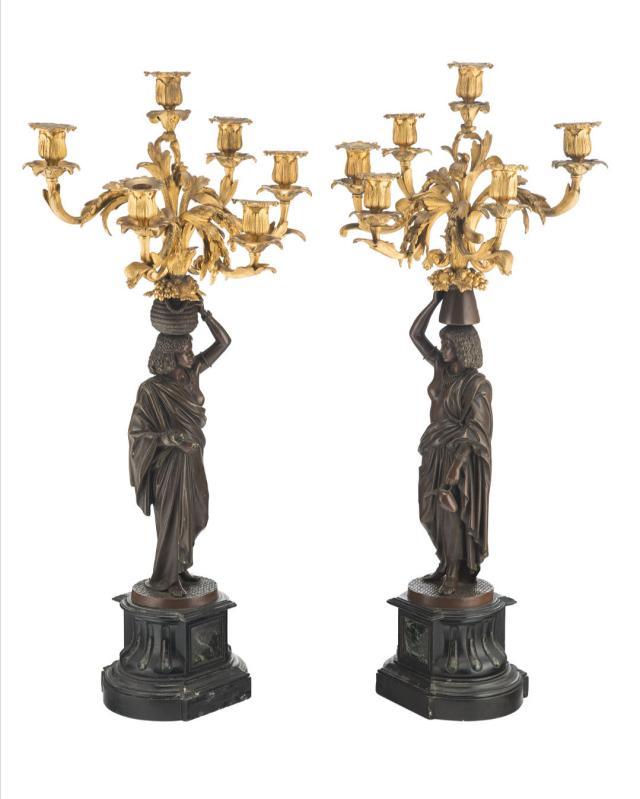 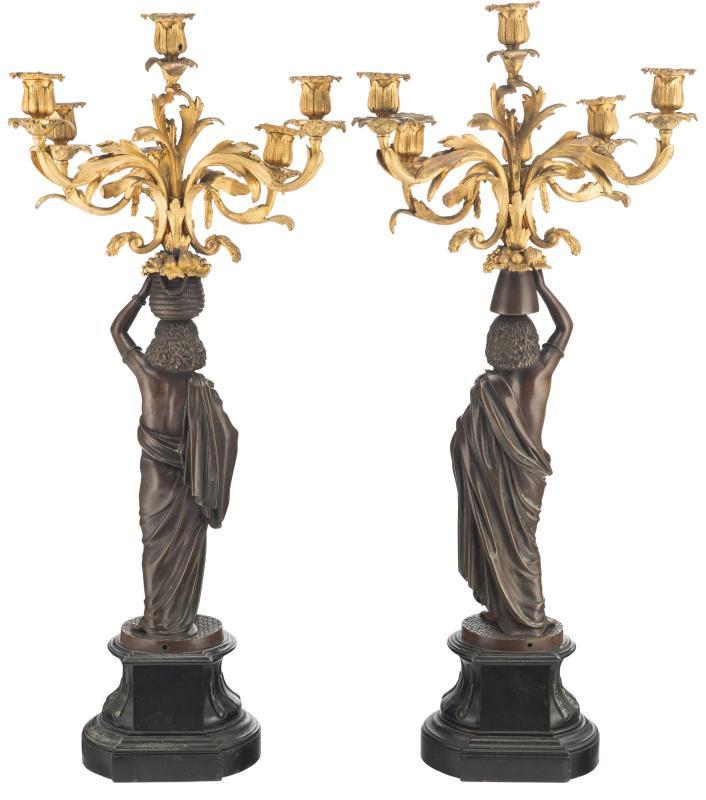 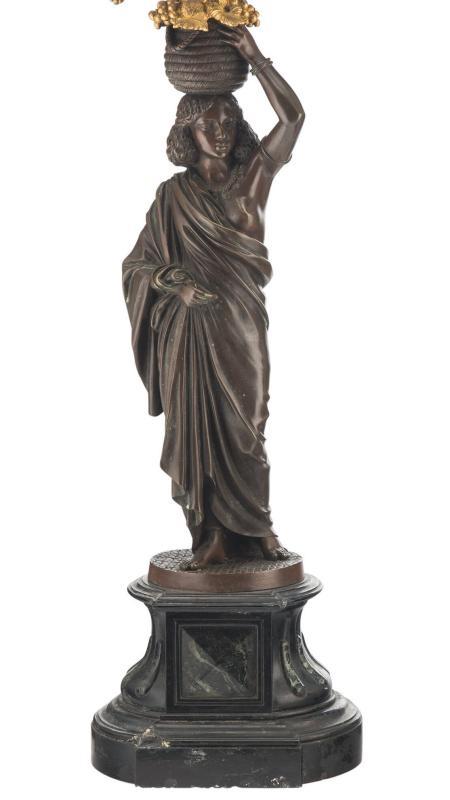 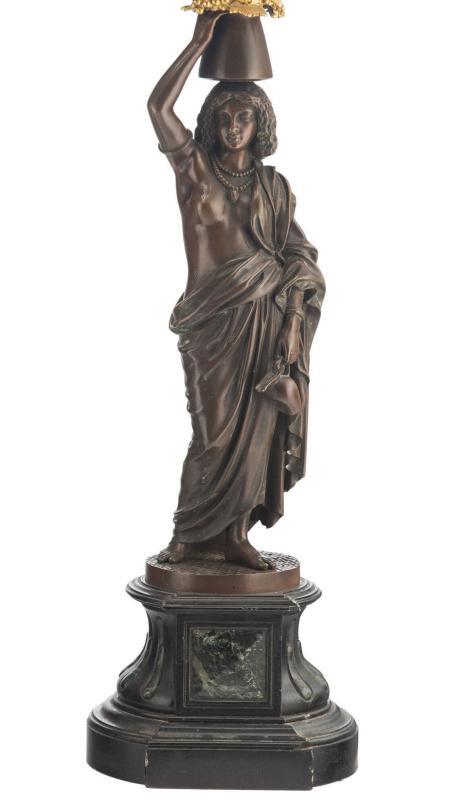 Our pair of antique bronze candelabra after the original models by Charles Cumberworth (1811-1852) depict the  patinated figures of Nubian females, one balancing a woven basket and the other a water vessel upon her head, from which eminate gilded foliate arms supporting six candles.  Each mounted upon carved slate pedestals with variegated green marble inserts.

Each previously drilled for electricitity but currently with no wiring nor sockets installed.

Each in good condition, with rubbing wear to the gilding, some bends to the rims of the cups and minor splits, small signs of verdigris, and with numerous chips to the slate stone pedestals.

According to Sotheby's, Cumberworth was likely born in the United States to an English father and French mother.  His tastes and own style were heavily influenced by his teacher, James Pradier, with whom he studied from 1829 to 1836. Cumberworth aligned himself with the emerging anti-academic sculptors of Romanticism in the 1830s, such as Feuchère, Dantan, Maindron and Barre.  He attended the Ecole des Beaux Arts and exhibited at the Paris Salon from 1833 through 1848. He worked for the Susse Frres foundry of Paris and is known for his classical and allegorical subjects as well as exotic figures in the Orientalist style such as this pair. He won the Prix de Rome in 1842, but was disqualified after it was found that he was not a Frenchman.